Home prices in the Greater Toronto Area reached historic highs in February of 2022, but their shining moment was short-lived as the Bank of Canada began raising interest rates shortly thereafter.

Since March, the Bank has hiked interest rates six times, and a further increase is expected in early December. As rates have risen, home prices have fallen.

To see where the impact has been greatest, real estate agency Zoocasa compared home prices from February and October in more than a dozen cities across the Greater Toronto Area.

Every city included in Zoocasa's report experienced a sizable price decline, but at 9.73 per cent, the City of Toronto saw the smallest drop. Prices in the city fell from $1,210,889 in February to $1,093,097 in October.

In addition to Toronto, only two other GTA cities recorded price declines of less than 20 per cent. 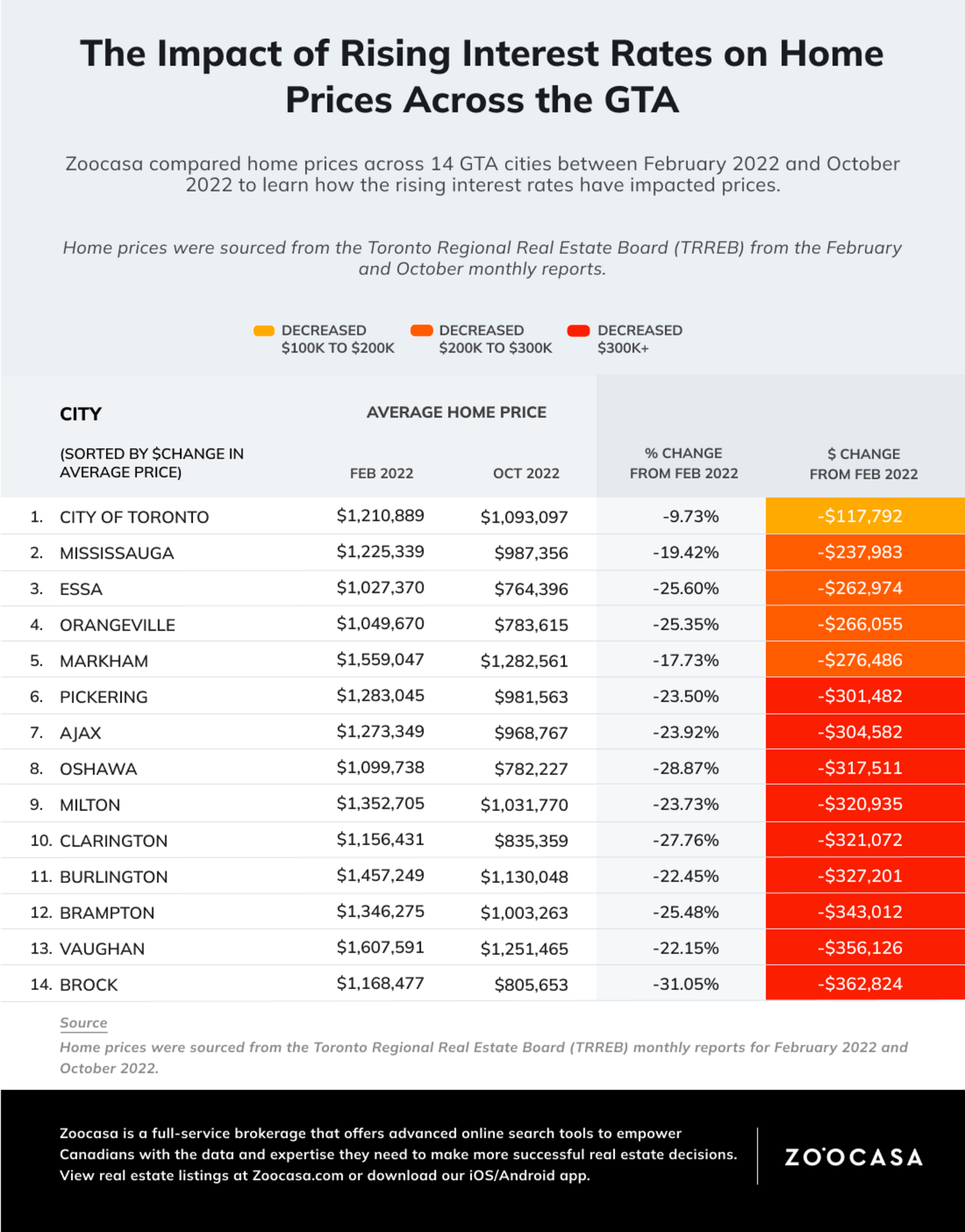 "Many insist that rising interest rates are the culprit driving prices down in Ontario," Zoocasa said.

"As the cost of borrowing has increased in already costly markets, some prospective buyers have been priced out or are waiting on the sidelines for interest rates to come back down."