In early 2022, home prices were at record highs across Ontario and those looking to sell were met with perfect conditions.

But once the Bank of Canada began raising interest rates, buyers slowly gained the upper hand as prices, sales, and listings declined.

To determine where competition remains fierce as the year draws to a close, Zoocasa analyzed sales and new listings data for 34 cities across the province for the month of October.

The real estate agency used the data to determine the sales-to-new-listings ratio (SNLR) for the month in order to ascertain where the most and least competitive markets can be found.

An SNLR under 40 per cent points to a buyer's market, meaning that fewer homes were sold compared to new listings, while anything over 60 per cent favours the seller; a balanced market exists between the two.

In stark contrast to the first few months of the year, 28 out of the 34 markets included in Zoocasa's report were in balanced territory.

"The balanced markets are widespread across Ontario, reflecting the stalemate seen between buyers and sellers with interest rate hikes taking priority over financial decisions," Zoocasa said.

With an SNLR of 29 per cent, Niagara Falls is the sole buyer's market that remains in Ontario. A year ago, the ratio stood at 82 per cent. 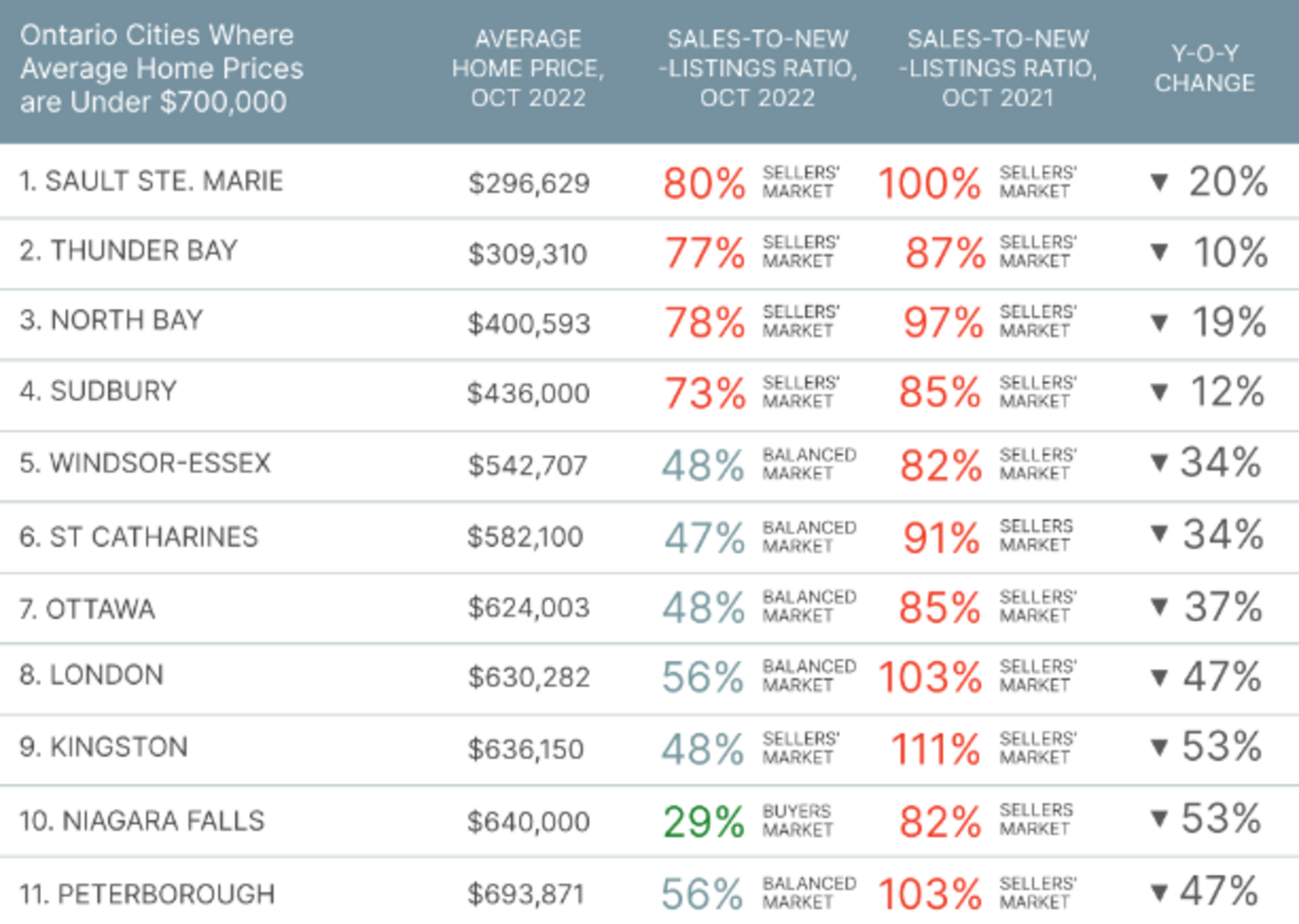 Sellers have kept the upper hand in Guelph, Sault Ste. Marie, Thunder Bay, North Bay, and Sudbury. The report noted that in those final four, the average home price is well below the Canadian average of $644,643, attracting more buyers than less affordable cities.

Toronto's SNLR of 54 per cent - down from 67 per cent in October 2021 - keeps it comfortably in a balanced market.

Balanced markets were found in all 19 Greater Toronto Area cities covered in the report, including Oakville, Aurora, Markham, and Mississauga. All boasting SNLRs in the mid to low 50s, the cities' ratios hovered in the mid to high 70s a year ago. 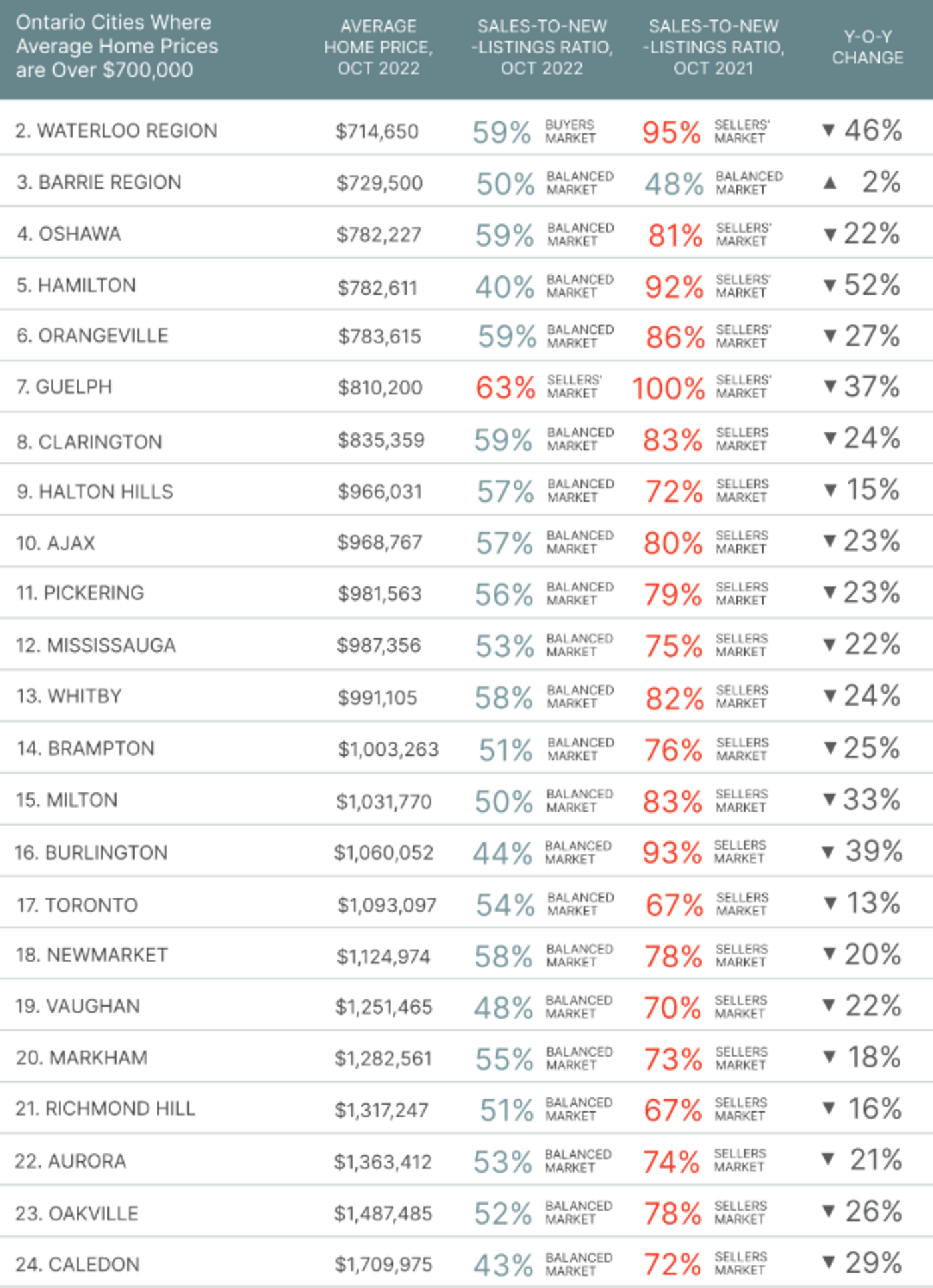 Competition has cooled across the entire GTA, Zoocasa noted. The region saw just 4,961 sales in October while 10,390 properties were put on the market, leading to an SNLR of 53.2 per cent.

With the Bank of Canada expected to raise interest rates yet again in December, it will likely take some time for sellers to regain control of the market.