Canada's housing market downturn may be starting to slow, but property values are continuing their downward spiral.

In a recent report, Robert Hogue, assistant chief economist at RBC, said that while the downturn may be coming to an end, property values are "still clearly coming down."

Canada's aggregate MLS Home Price Index (HPI) fell for an eighth straight month in October. Although the 1.2 per cent drop from September was the smallest since May, it's now declined 10 per cent since the February peak.

The erosion of property values has been felt across the country, but the magnitude of the declines has varied from province to province, Hogue said.

After experiencing some of the most sizable gains in the early days of the pandemic, properties in several small Ontario cities have also felt the largest losses nationwide.

From February to October, property values fell 22 per cent in Cambridge, and 18 per cent in London and Brantford.

In Kitchener-Waterloo, Kawartha Lakes, and Hamilton-Burlington, the MLS HPI has declined by 17 per cent since the spring peak. 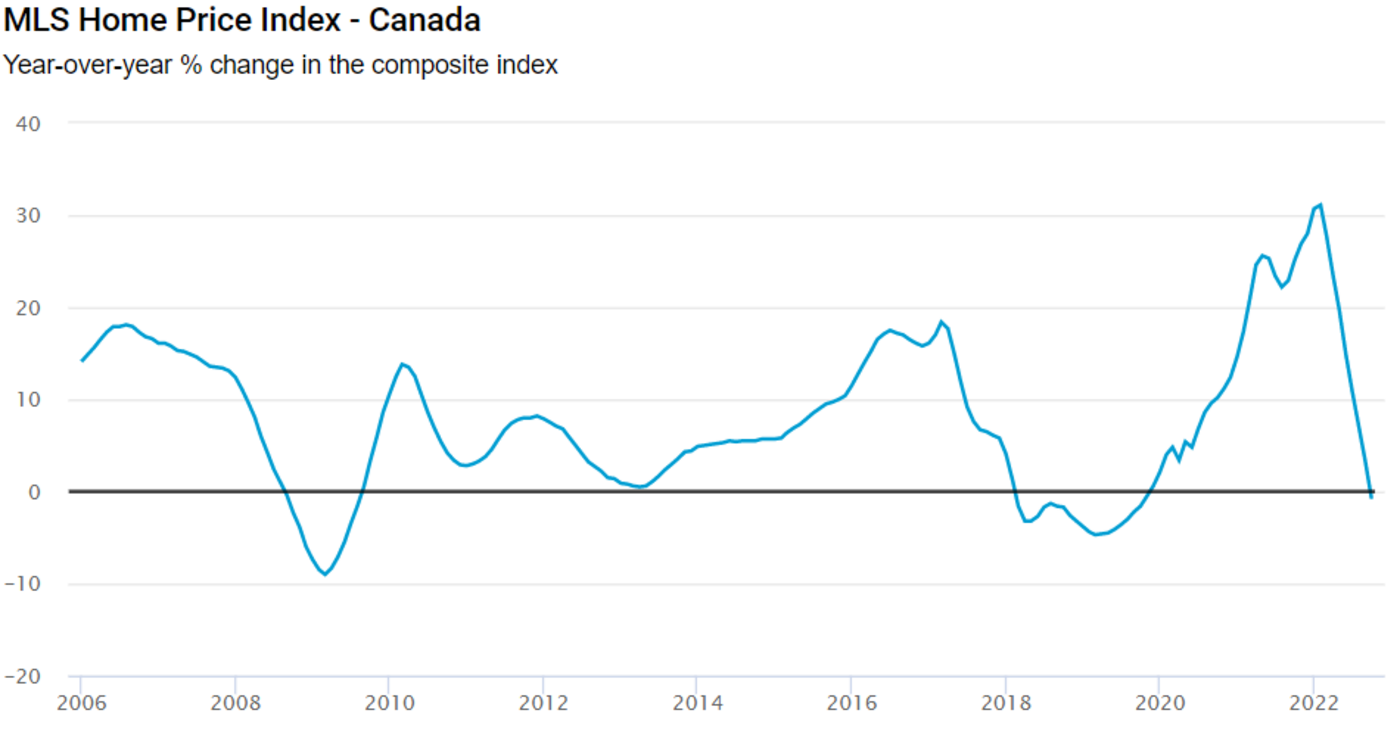 While Toronto has only experienced an 11 per cent decline, Hague expects prices in the city will continue to fall in the near term.

On a yearly basis, home resales in Toronto were down 49.3 per cent in October, while new listings were down 11.5 per cent.

"The market downturn may be in a late stage but it doesn't mean things are about to heat up again," Hogue said.

"We expect high— and still-rising—interest rates will continue to challenge buyers for some time. This will keep activity quiet for a while longer even if it stabilizes near current levels. We think benchmark prices will keep trending lower until spring."