Niagara Falls has aspirations of being so much more than just a cold Atlantic City with a big waterfall and border crossings, with the Ontario tourist haven on the verge of a skyline-altering skyscraper boom that will give the town one of the most futuristic-looking cityscapes in the province.

A wave of new development has loomed on the horizon since the early 2000s, awaiting the right market conditions. Over these years, a buildup of towering proposals have collectively formed a bright — but still unrealized — future for the city.

This future has already been visualized on a broad scale by environment engineer Eric MacMillan as part of his Pan-Canadian Future Skylines project, but it's worth exploring the individual projects that could come to define the look of Ontario's eighth-largest urban centre.

Niagara Falls is already home to a pretty iconic skyline anchored by the Skylon Tower, but if these planned projects come to pass, the city could be rendered unrecognizable in the span of just a few years.

Though there are dozens of projects in the development pipeline for Niagara Falls, these four heavyweights are easily the biggest and boldest visions promising to transform the city skyline.

This gargantuan 72-storey hotel and residential tower made waves when first revealed in 2019, and was approved by the local city council that November. There has been little visible activity in the three years since, but if it ever comes to fruition, it would stand as the new tallest building in Niagara Falls. 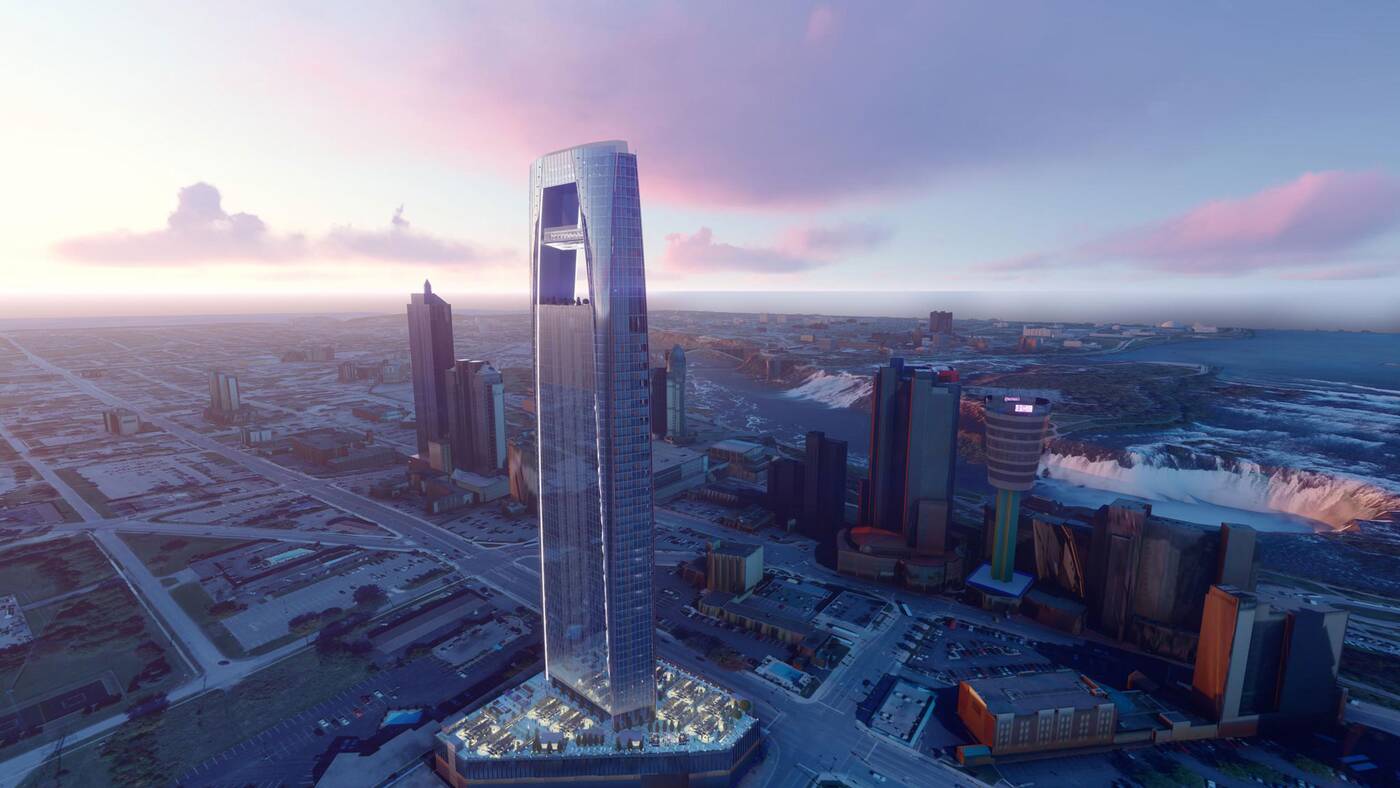 This proposal appeared in 2021, a reworked plan for the long-in-play Loretto Academy site at 6880 Stanley Ave featuring towers of 60, 45, and 39 storeys. Though none are as tall as the proposal above, two of the buildings in the plan would both stand as the city's tallest if completed today. 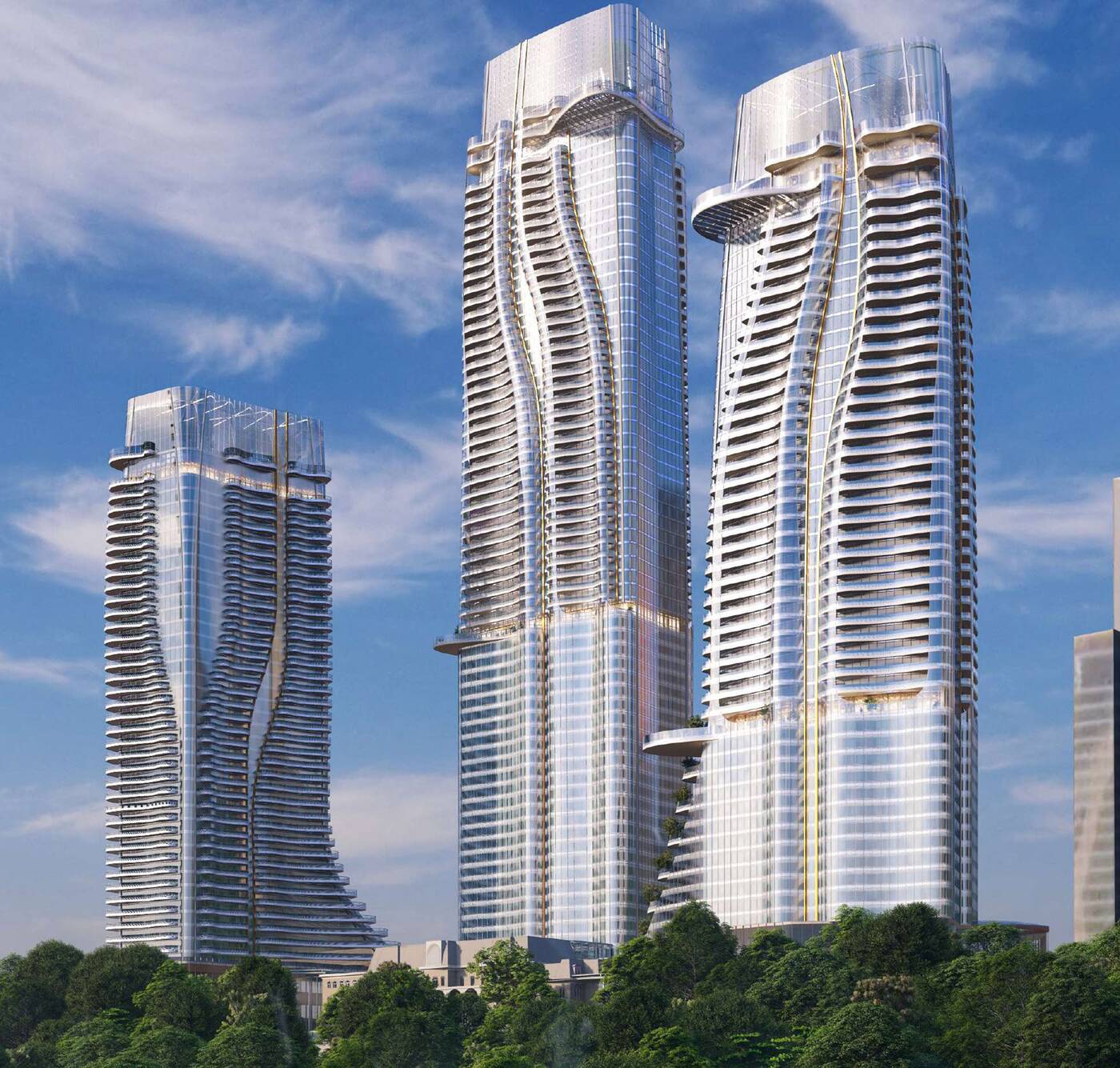 A relatively recent addition to the Niagara Falls proposal pipeline, this towering condominium plan at 5602 Robinson Street would rise 77 storeys. Like the other proposals on this list, it would easily dwarf the 53-storey Hilton Niagara Falls North Tower as the city's tallest building if realized today. 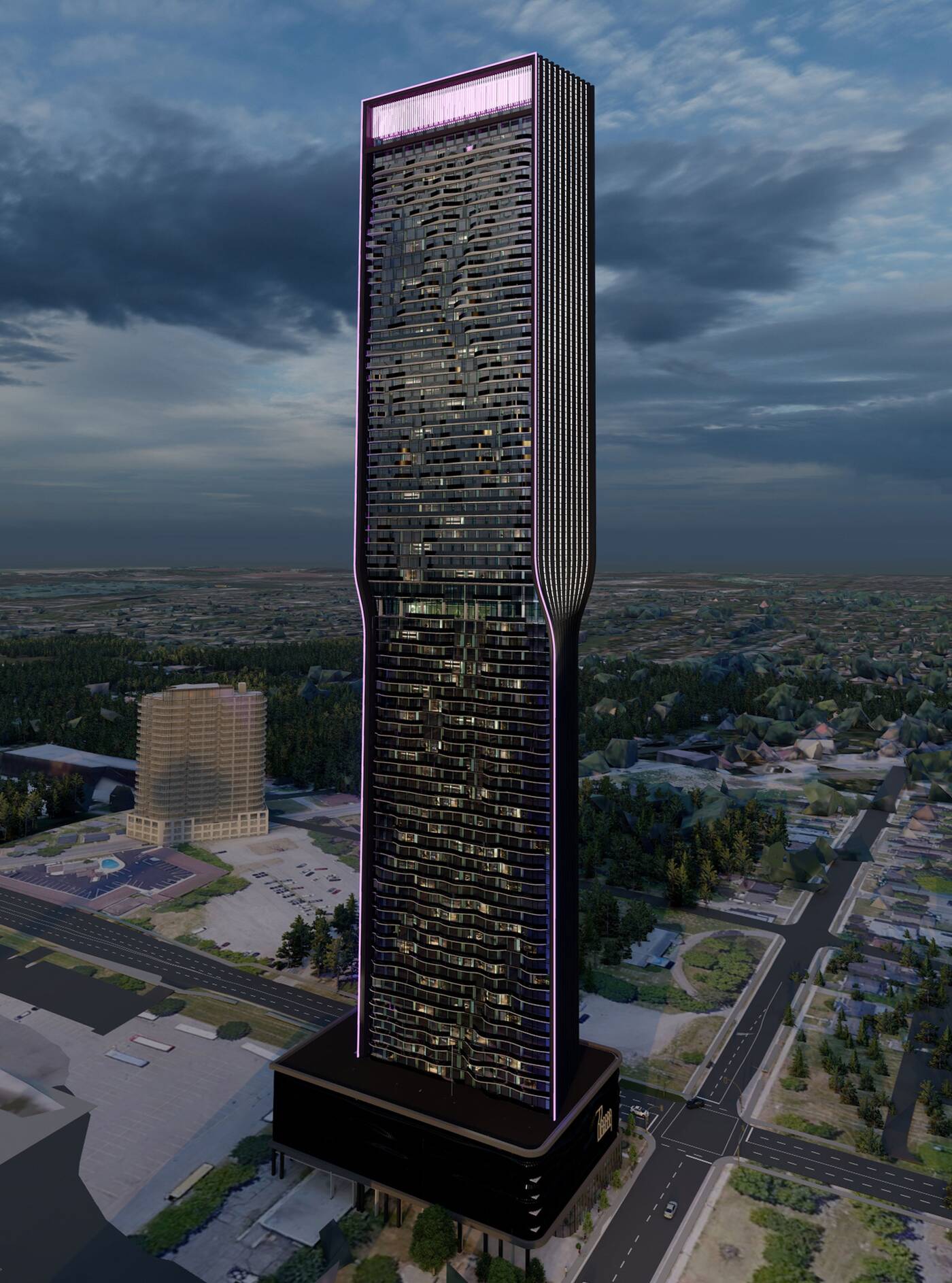 The freshest addition to this growing list of new development proposals. It may not be as tall as the others discussed, but these 25- and 35-storey towers would still have a noticeable impact on the Niagara Falls skyline, with sleek designs rising from a flowing organic-looking base draped in greenery. 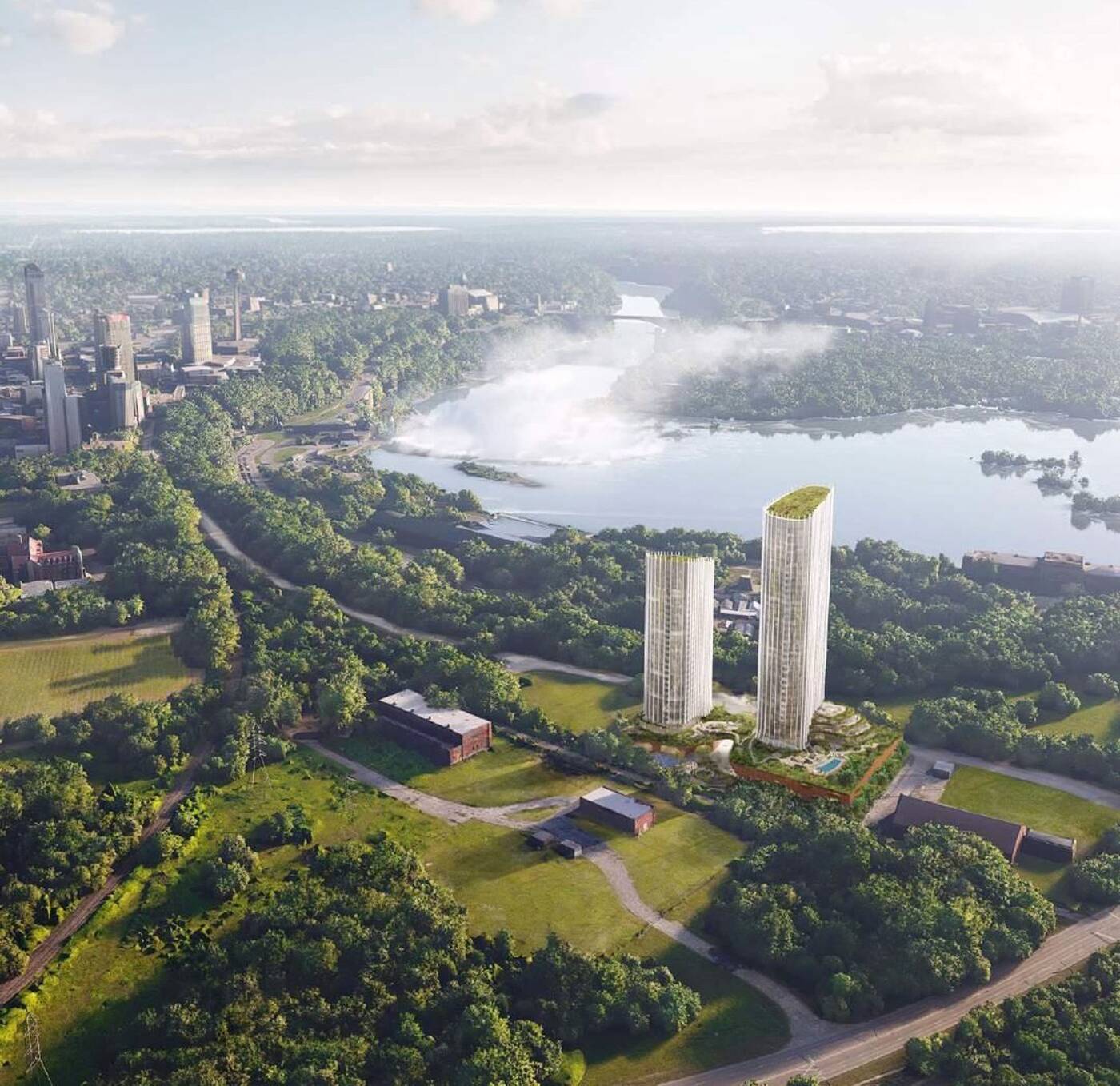 These new towers represent a shift for the city, not just in verticality and density, but also the end of an era for a cityscape long dominated by hotel-casino complexes and the Skylon Tower.