Toronto's condo boom has produced a lot of bland garbage, but the neverending pipeline of proposals and construction has also brought or promised some architectural gems to the city, and it looks like the skyline could soon get a stunning new fixture to join the latter camp.

The site is currently home to a Greyhound bus yard and scaffolding rental service.

In their place, the proposed project is touted by the developers as "an iconic development that will serve as a new gateway to the Port Lands," consisting of over 65,000 square meters of mixed-use space, including a pair of 35-storey residential towers atop a conjoined commercial podium designed by architects BDP Quadrangle.

Together with @CarlyleDevelop, Slate has submitted a proposal to revitalize 685 Lake Shore Boulevard East, an underutilized 0.99-hectare site in the Port Lands area of the City of Toronto. We are so excited for the opportunity to create this iconic, mixed-use development! pic.twitter.com/R2pynrhMc8

While the tenure of the units is not described in the release, residents would be treated to some pretty spectacular-looking amenities, including multiple outdoor terraces stepping up to an enormous rooftop patio area offering what one can only imagine will be tremendous views of the city. 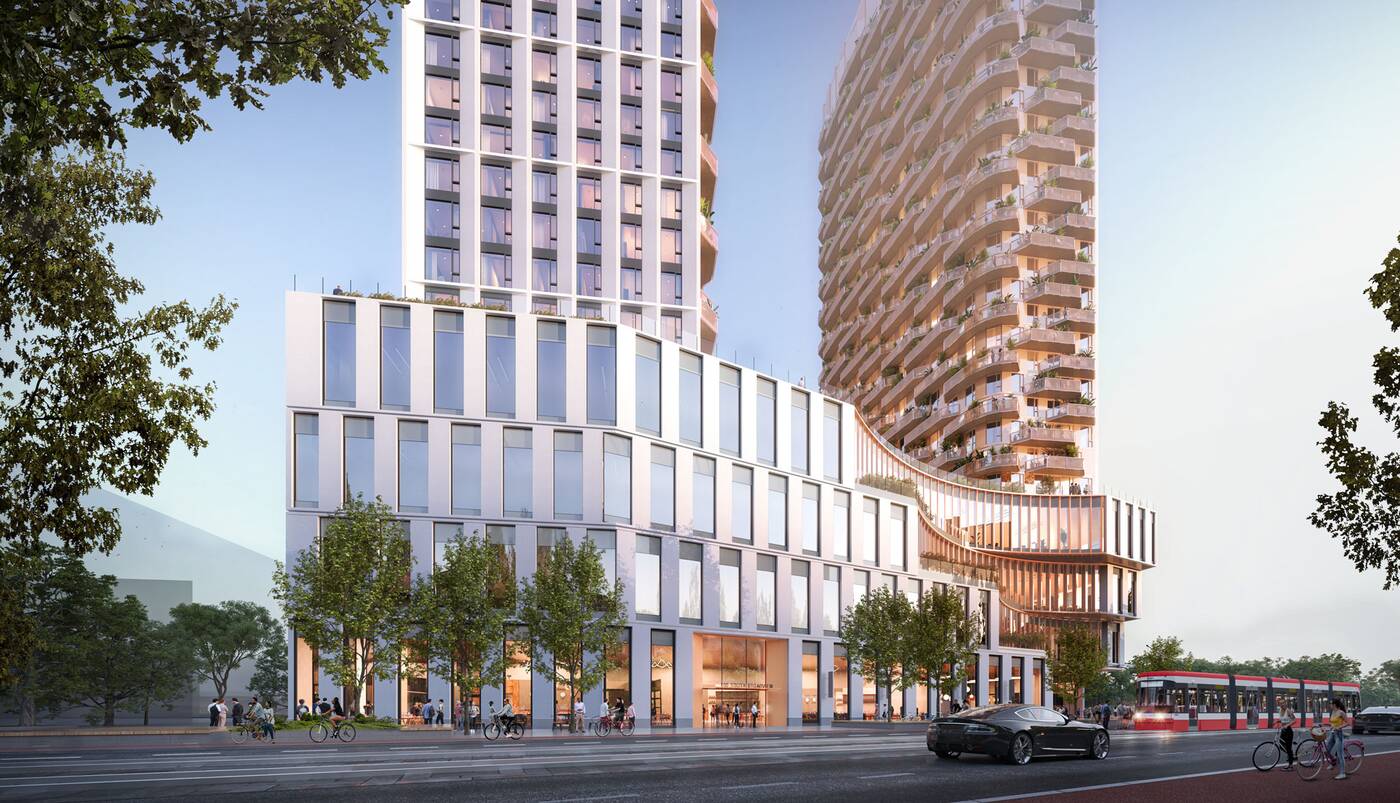 Other features include a proposed new private road linking to an underground parking garage and a green pedestrian and bike throughway.

Still, twinned 35-storey towers in the Port Lands area would have a significant impact on skyline views, and based on the renderings available, this could prove a welcome change if realized as envisioned. 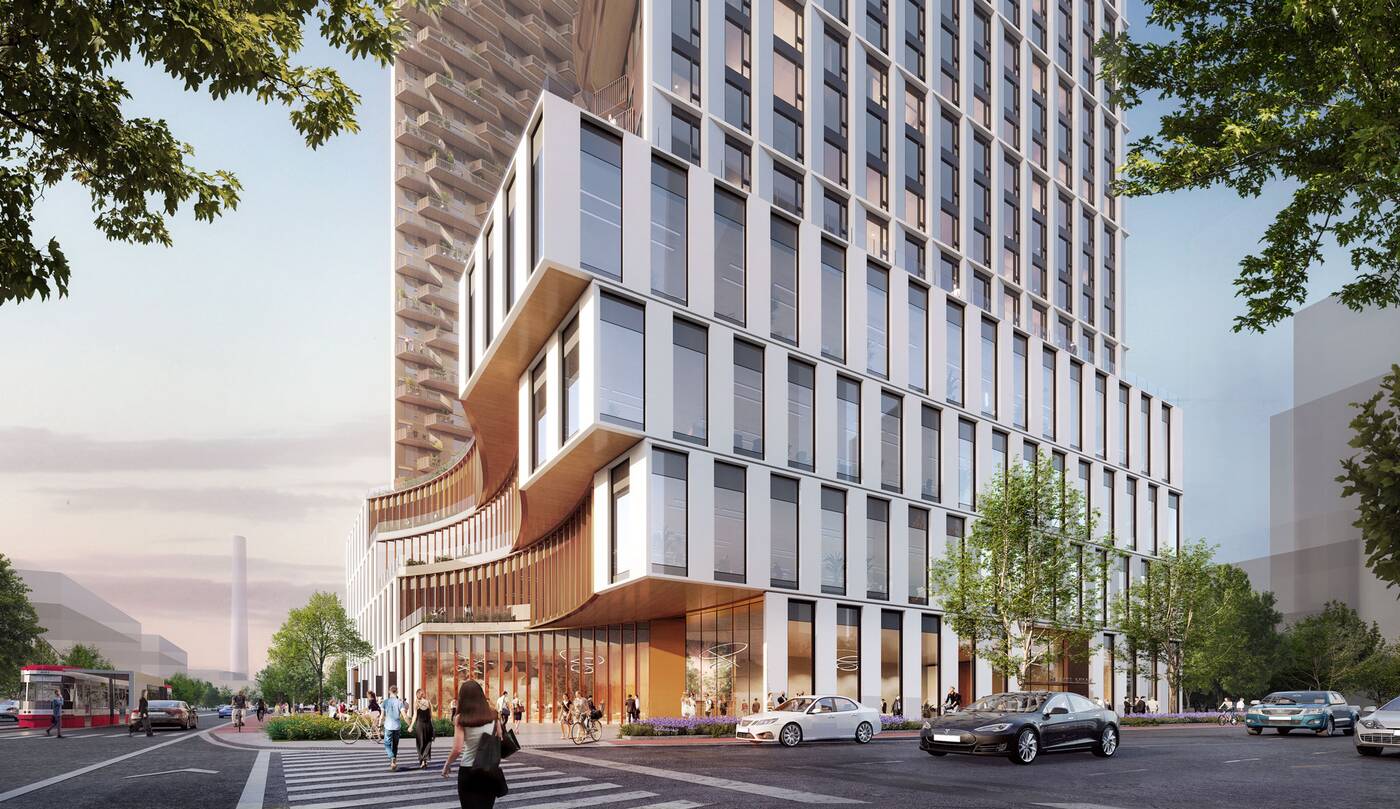 A formal development application is currently circulating with city planners, though its details are not yet available to the public. blogTO reached out on multiple occasions to an executive at Slate seeking the full submission and details of what would be built on the site, but he totally left us on read.