Developers are churning out mediocrity like never before, but Toronto's current condo boom is also responsible for some place-making projects that promise to redefine tired old blocks.

Shannondale Developments is looking to make its mark on the Oakwood Village neighbourhood with a fresh proposal seeking to redevelop the block of 775 Vaughan Road with a new 36-storey mixed-use building.

The application features a flatiron-style tower designed by architects Studio JCI rising to a height of just over 119 metres. Shannondale is seeking rezoning and an amendment to the city's Official Plan to permit the intensification. 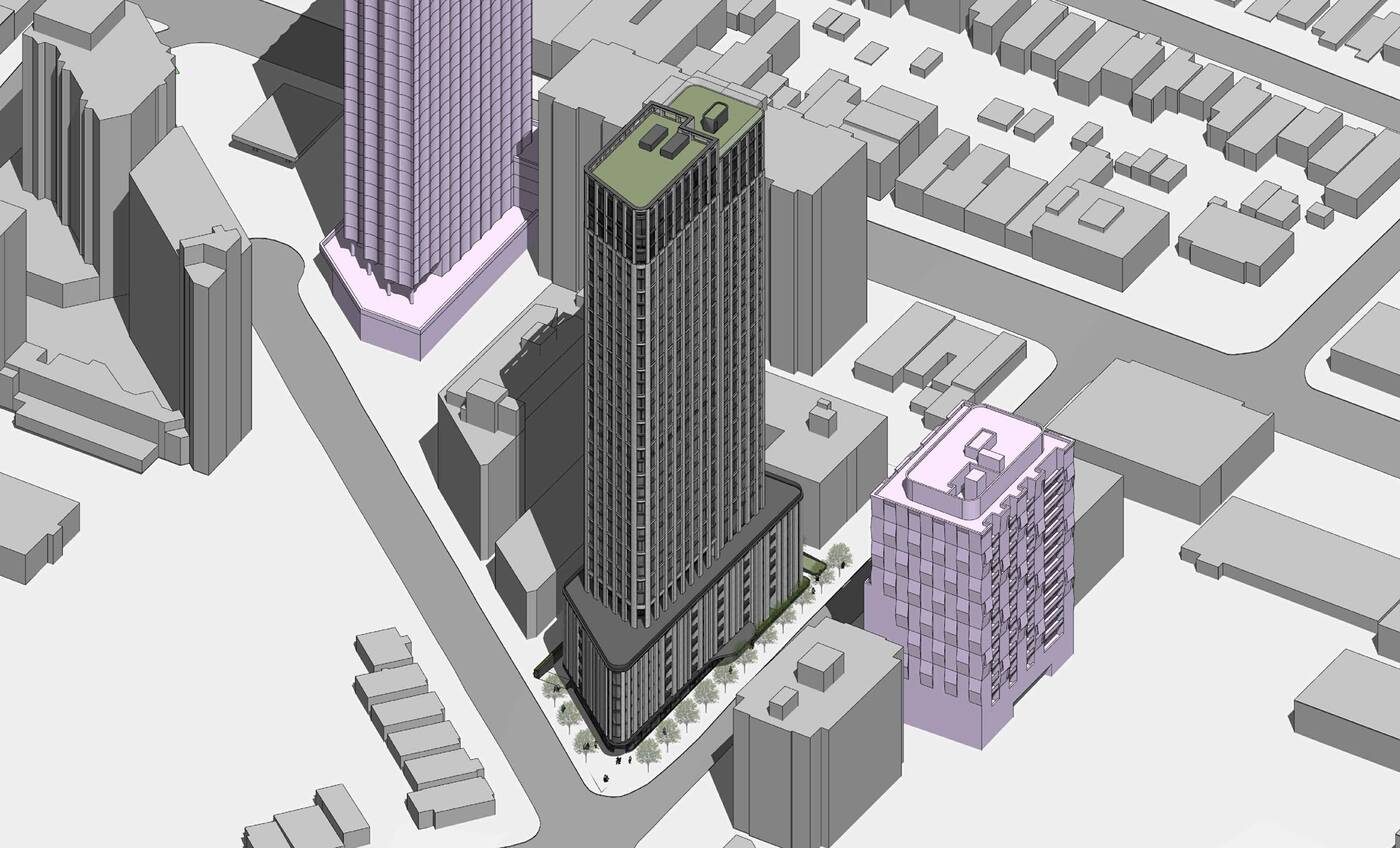 In place of the current convenience store and 14 rental units on site, the new tower is planned to house a total of 483 residential units, including 469 condominiums and 14 new rentals to replace the existing units. 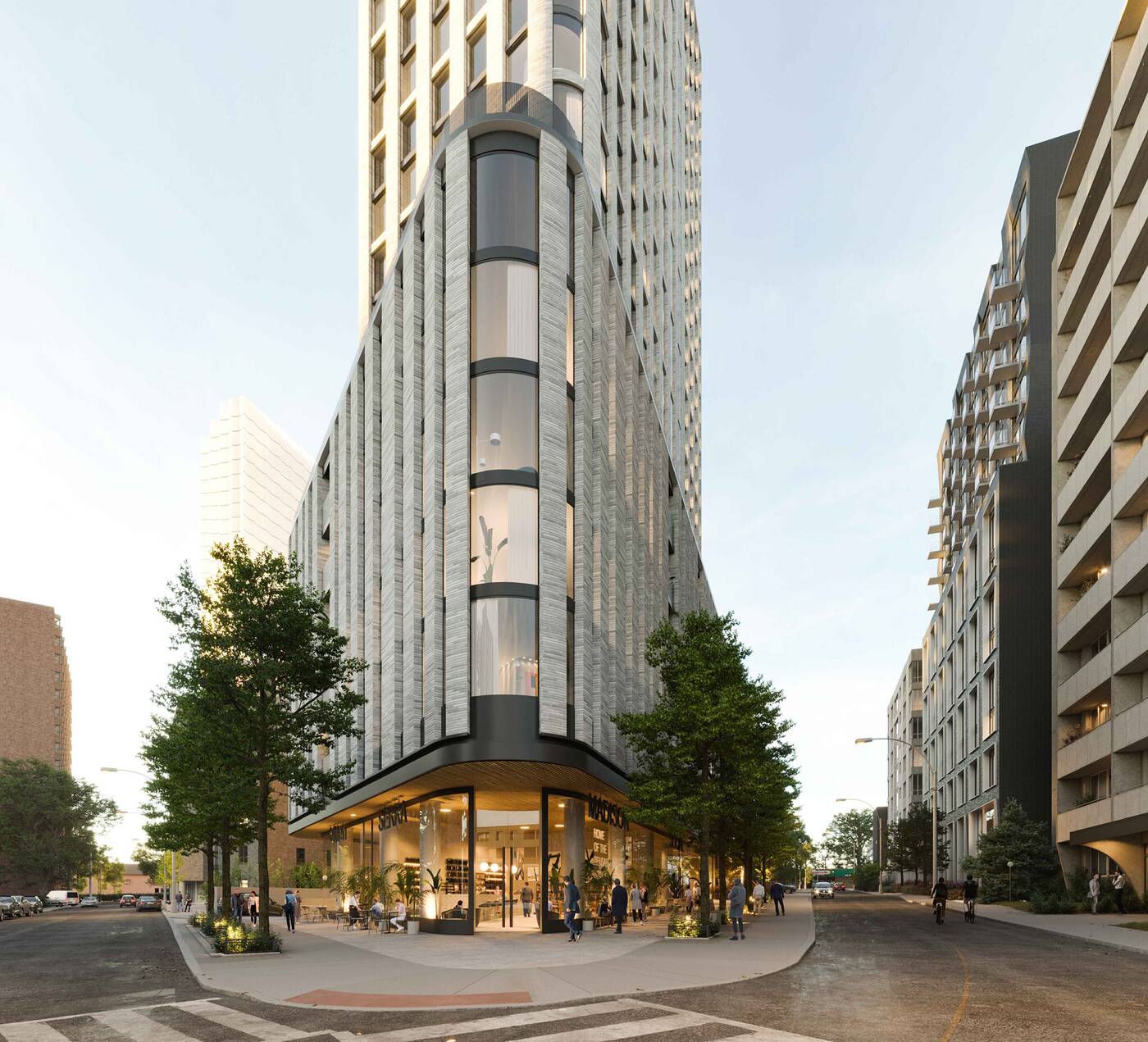 Six of these — along the Northcliffe Boulevard frontage — are planned as ground-floor combined live-work units, which would support commercial uses during business hours and double as private residences during off-hours.

In addition to the live-work space, a commercial/community-use component measuring 463 square metres is planned to occupy the flatiron-shaped point on the ground floor.

Though the project would bring increased density to the neighbourhood, plans would not result in any associated increases to local traffic.

Just 24 parking spaces (including a pair of car-share spaces) are planned in a single-level underground garage, while the majority of residents' travel needs would be accommodated through 484 bicycle spaces.

A few flatiron-style designs are currently in the works around the city as landowners with sites on irregular road grids get in on the condo boom action.

Plans are on tap for similar styles at Weston and Lawrence and 1017 King Street West, but the famous Gooderham Building will always retain the title of "Toronto's flatiron building."