Here's what Toronto's new flatiron building will look like

Toronto's newest Flatiron building seems to be closer to reality.

A proposal for an oddly shaped lot at 1071 King St. W. first went to the City of Toronto back in 2012. That proposal included a mix of retail, office, and residential space.

Developers Hullmark and First Capital submitted a new application last year but the city requested changes. After meeting with the city in July, a revised proposal is now under consideration.

The proposal calls for a 14-storey mixed-use building with retail uses on the ground floor and residential units above, an on-site park, and an integrated connection to the West Toronto Railpath.

Changes include a reduction in the total Gross Floor Area from 18,439 square metres to 18,224 square metres, resulting in a slight decrease in the proposed density from 8.0 to 7.9 times the area of the lot. 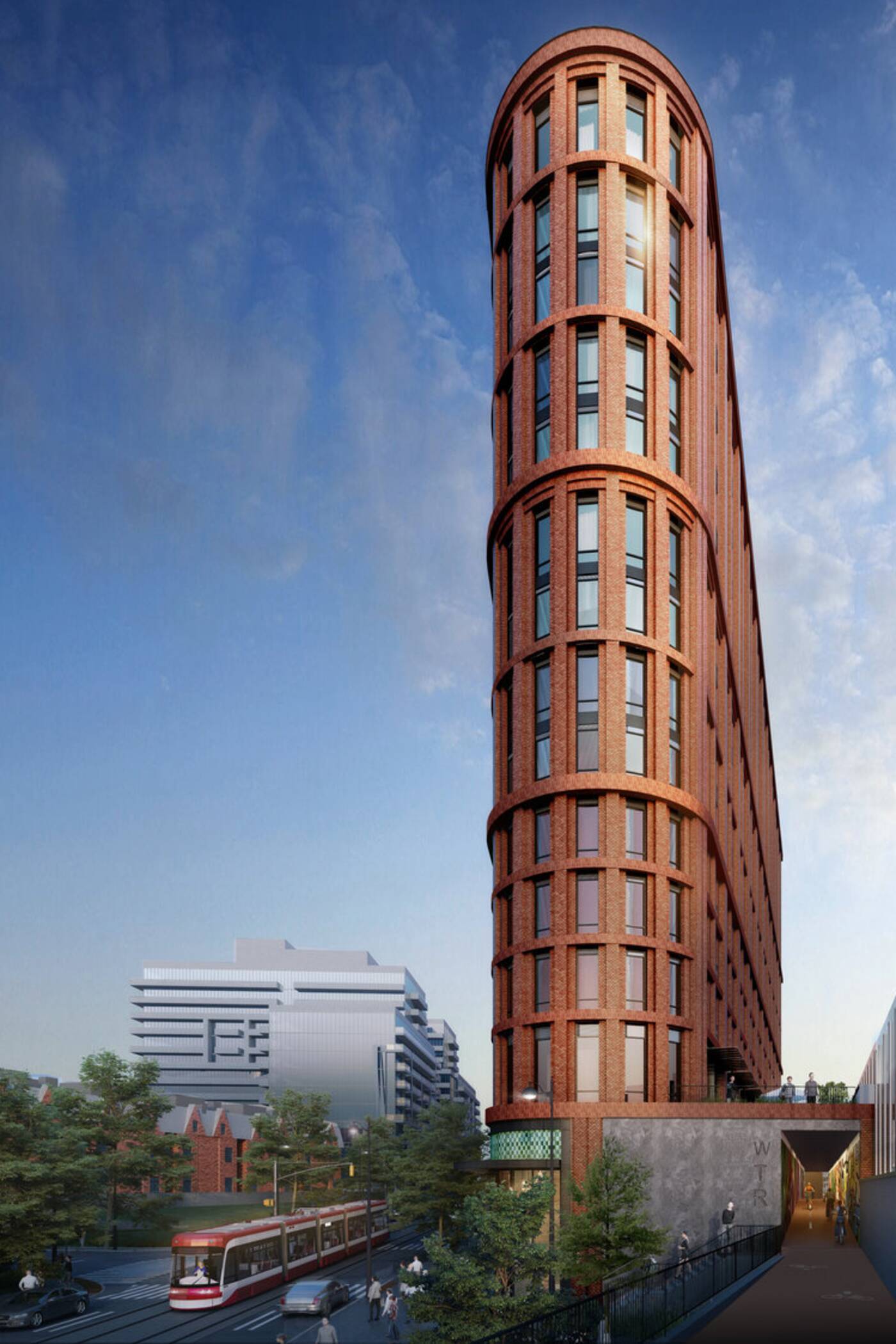 Several changes were made to the plans for a Flatiron building at 1071 King Street West.

There is a slight increase to the overall building height from 47.36 metres to 48 metres.

The total number of units has been increased from 220 units to 227 units, while still maintaining the requested mix of units of 20 per cent two bedrooms and 10 per cent three bedrooms.

The number of parking spaces was reduced from 63 spaces to 53 and the bicycle parking increased from 226 to 228 spaces.

The building style is fairly unusual but there are several found around the world.

Toronto's original Flatiron, The Gooderham Flatiron Building was built in 1892 and sits at 49 Wellington St. East, on the eastern edge of the Financial District.