Big changes are in the works for a stretch of Yonge Street near Summerhill subway station, with an entire block of businesses set to disappear to redevelopment.

A new proposal seeks to redevelop the block home to Ultimate Athletics and luxury houseware store/cafe Thirty Six Knots at 1216 Yonge, and a Spinco location at 1220 Yonge Street, while a separate redevelopment is already in motion for the properties to the south.

The 1220 Yonge proposal features a design from BBB Architects that would bring a flowing, organic presence to the block, referencing the curved exteriors of the buildings lining the east side of Yonge. 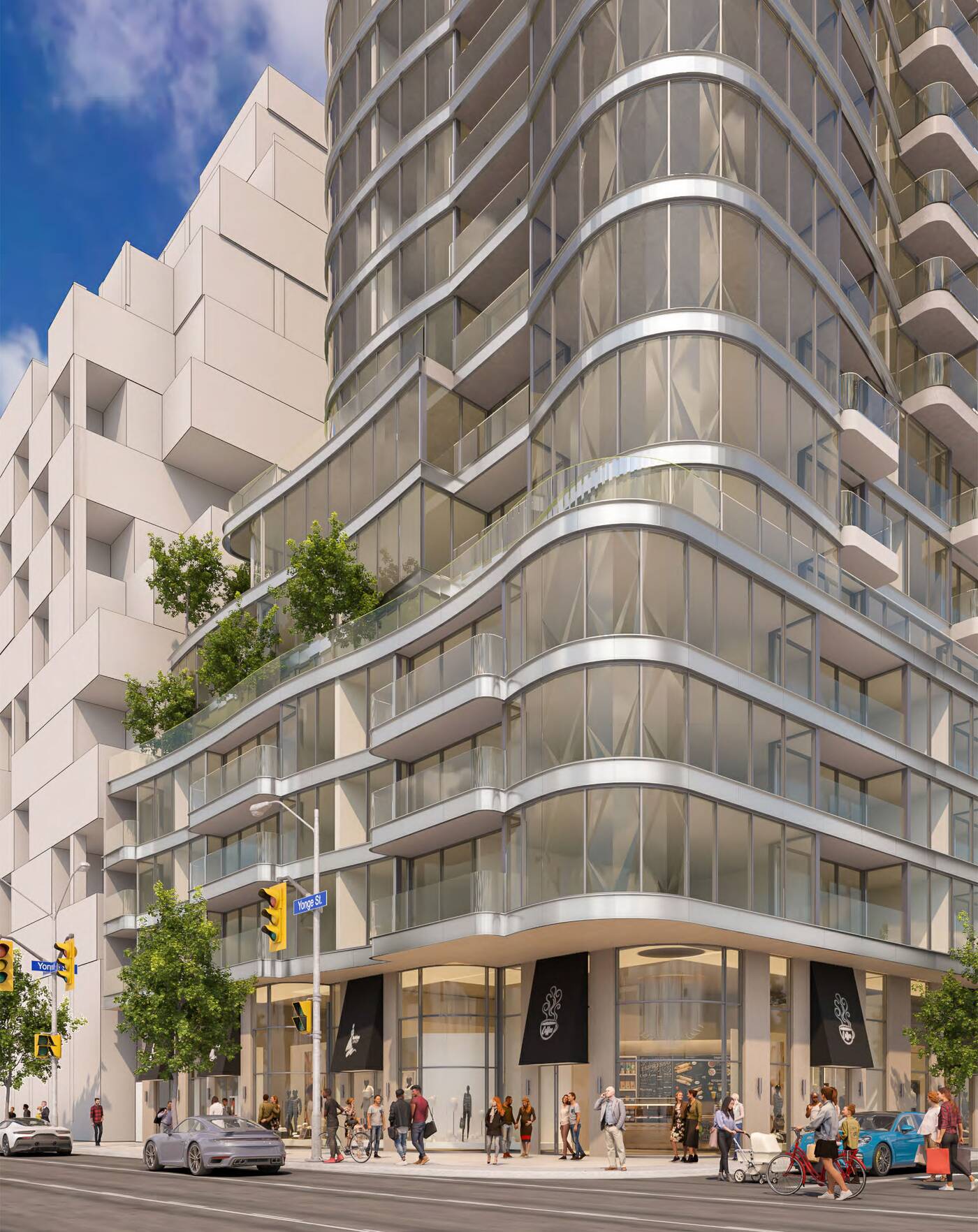 The 22-storey tower would rise to a height of just over 80 metres from a four-storey podium fronting onto Yonge Street and Alcorn Avenue. 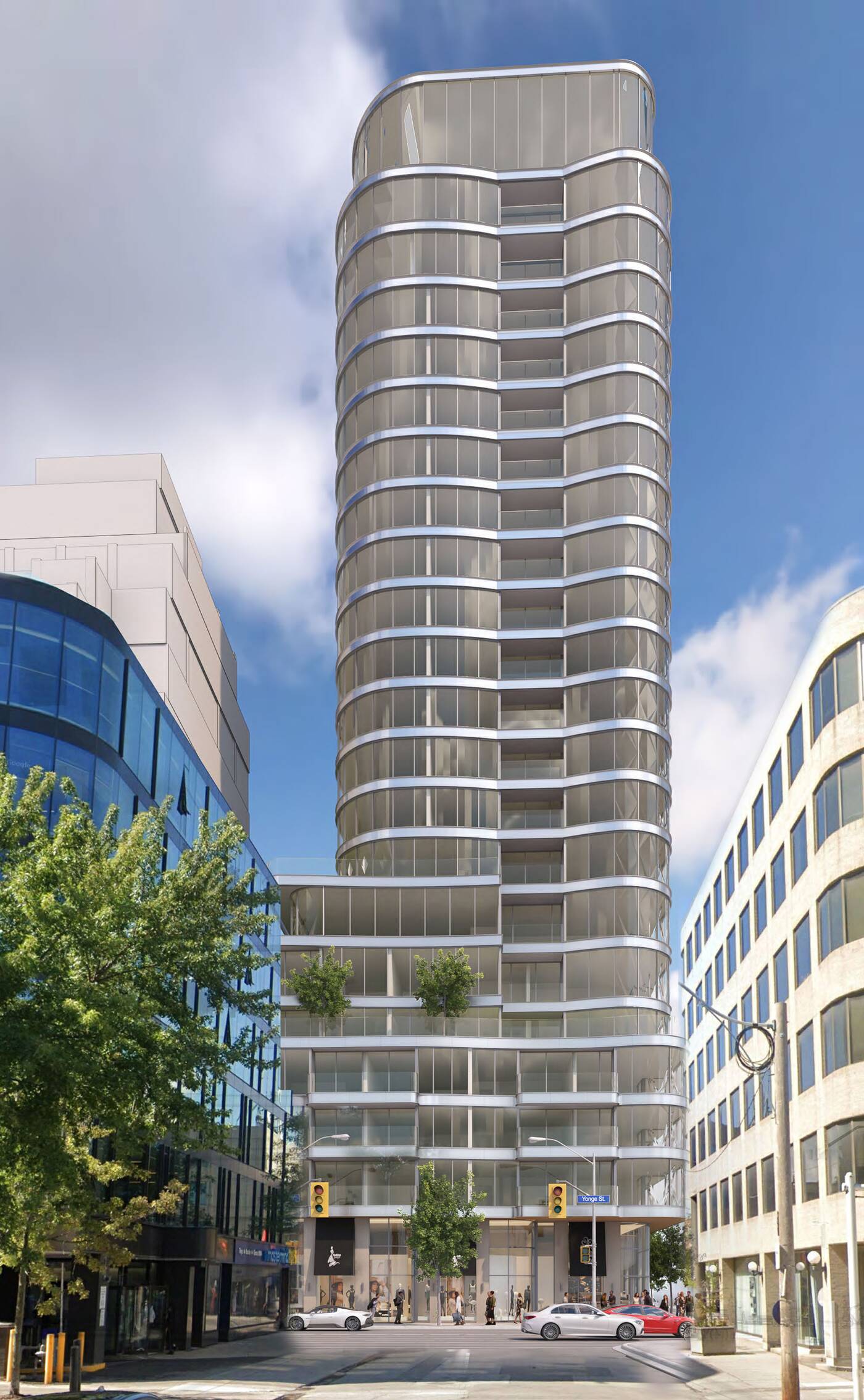 A 13,862 square-metre floor area is proposed largely as residential space, accounting for over 96 per cent of the total. Just over 500 square metres of the ground floor is proposed as retail space, maintaining a business presence along this stretch of Yonge. 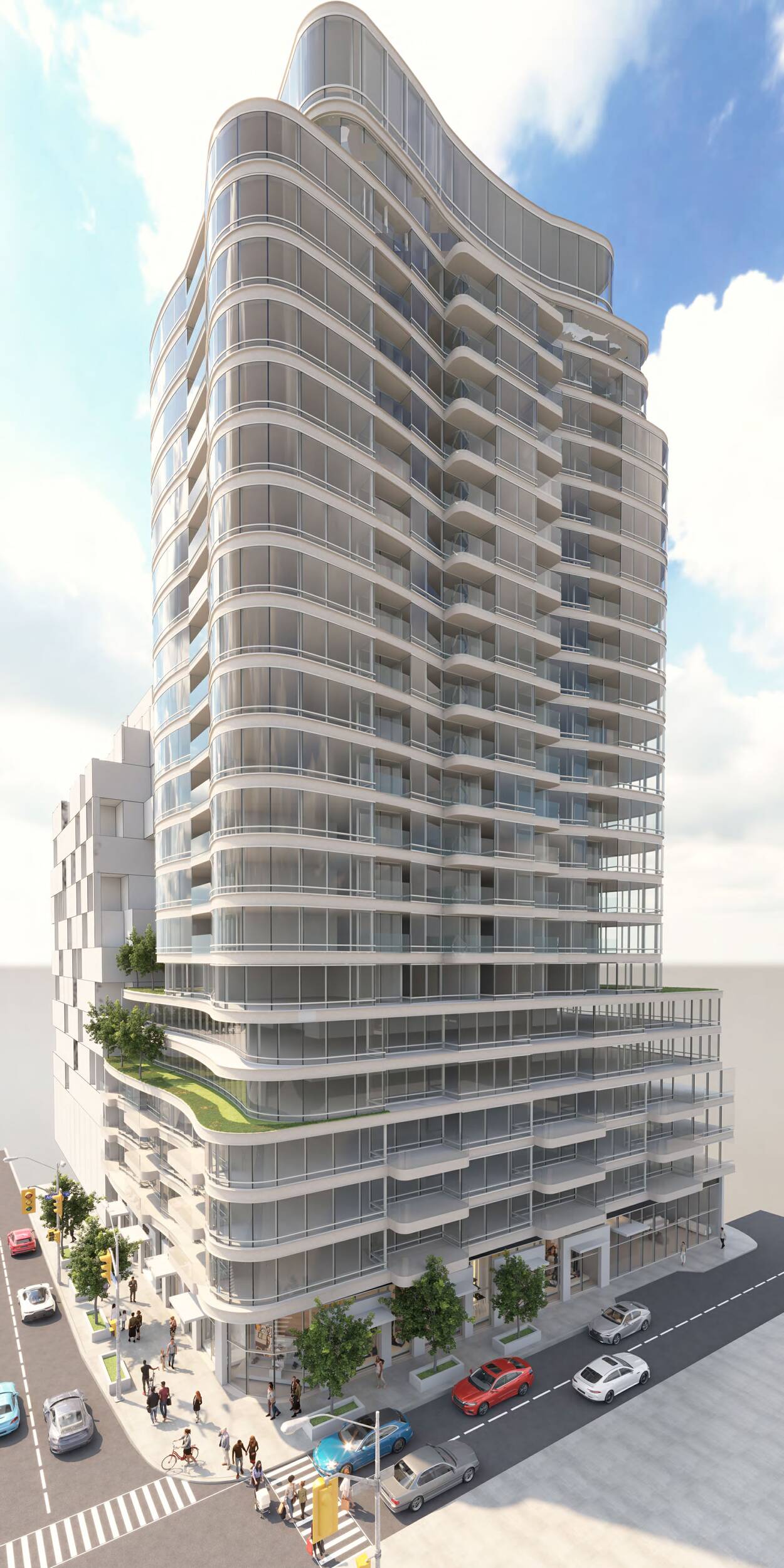 Included in the residential component, 185 condominium units are proposed in a mix of 65 one-bedrooms, 99 two-bedrooms, and 21 three-bedroom units.

Residents of the proposed condo tower would have access to an eighth-floor amenity level featuring indoor and outdoor spaces with south and east-facing views over the city. 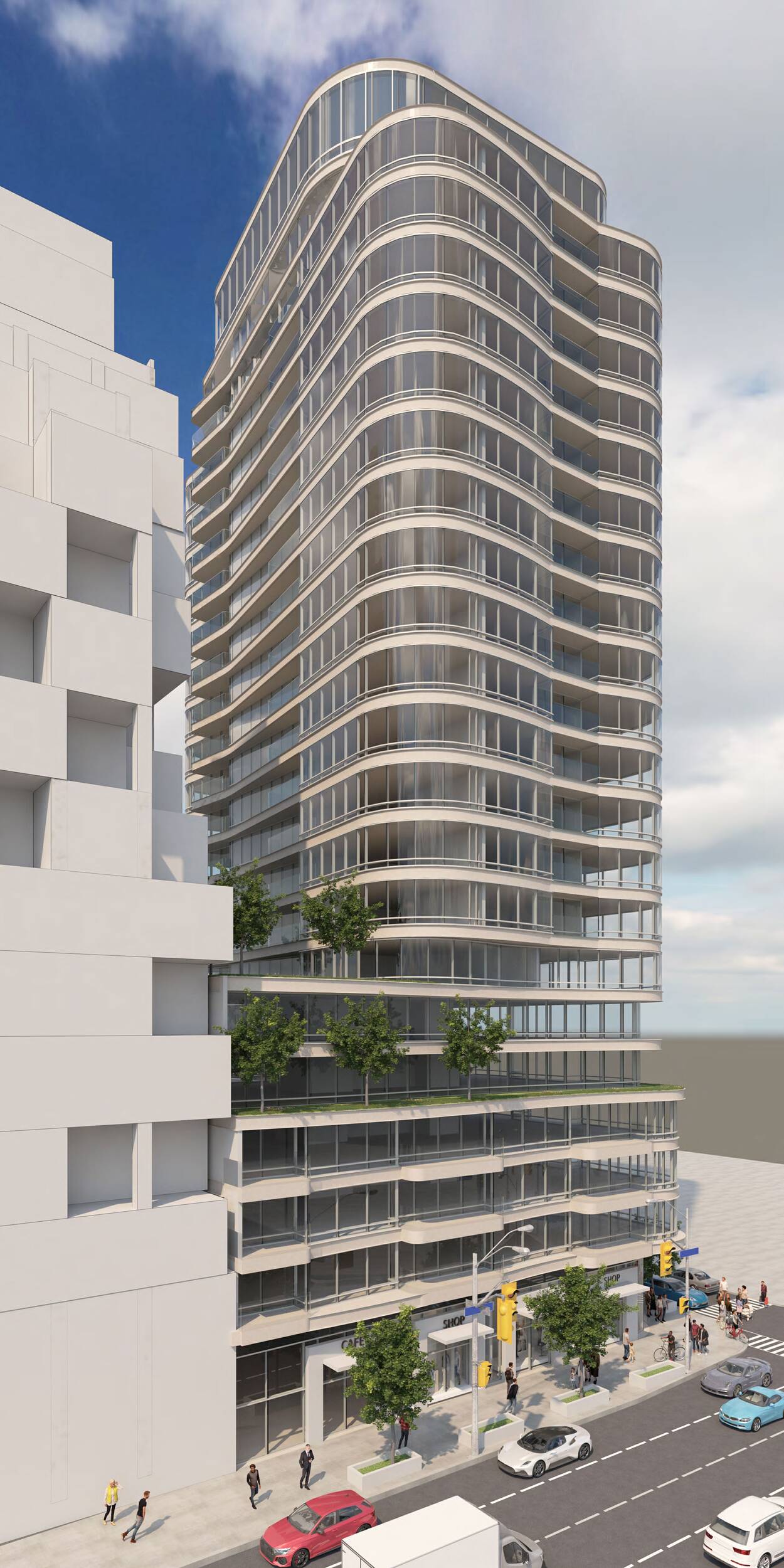 Joining a growing trend, the proposal features a minimal number of vehicle parking spaces with just 66 spots. Another 193 bicycle parking spaces and the nearby subway station are expected to address the majority of residents' travel needs.

The plan from developer Trinity Point comes less than one year after another condo development was tabled for the southern half of the block, home to several businesses, including a Boxcar Social location.

If both proposals gain approval, the entire block could disappear to support new residential density.