The soon-to-open Eglinton Crosstown LRT is spurring a wave of intensification along the line's route, and yet another high-density condominium complex is now in the works for the stretch adjacent to the future Sunnybrook Park stop.

A new proposal aims to bring four condominium buildings to 1075 Leslie Street, the current site of the Toyota On the Park car dealership at the northeast corner of Eglinton.

The site represents the last remaining piece of the former Inn on the Park complex. The area of the complex's former hotel has been under redevelopment for a few years now, and developers are now planning to add even more density to the holdout dealership. 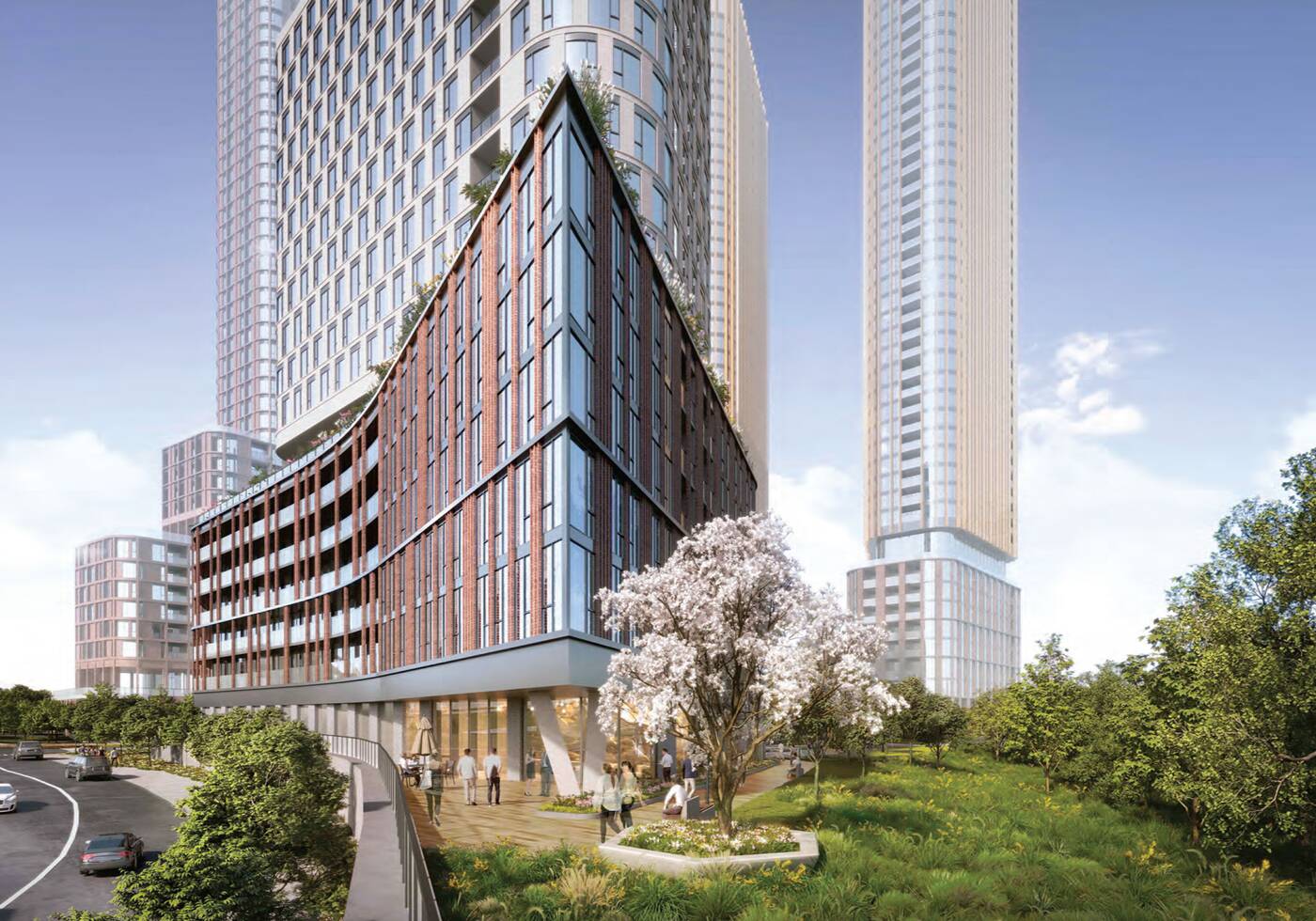 The towers are planned with a combined area of almost 133,900 square metres, with the majority planned to host residential uses. 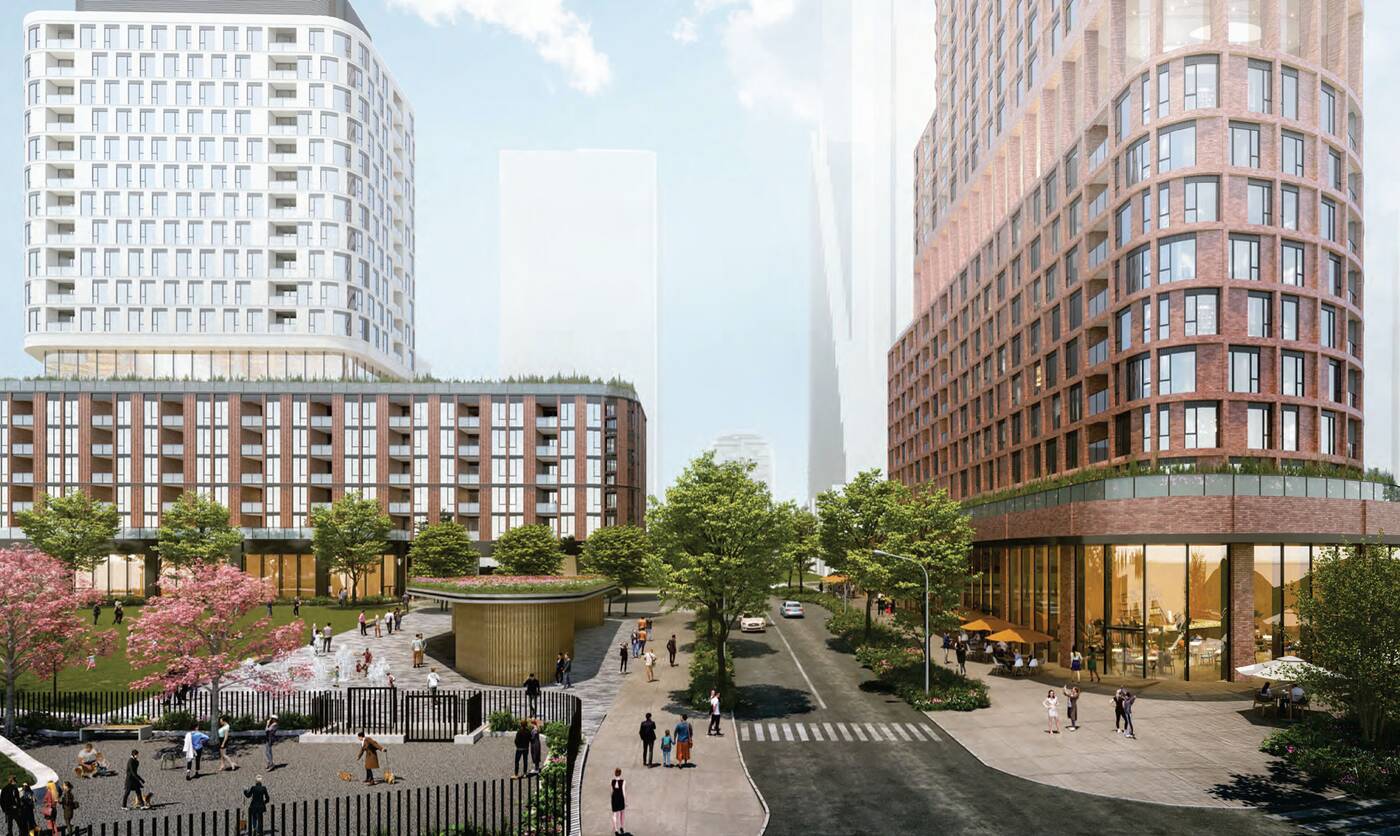 A tiny fraction of the total floor area would be dedicated to ground-floor retail, with just 565 square metres or 0.42 per cent of the complex's proposed area.

Joining the proposed density, a 2,734 square metre (0.27 hectare) public park is planned at the interior of the site. 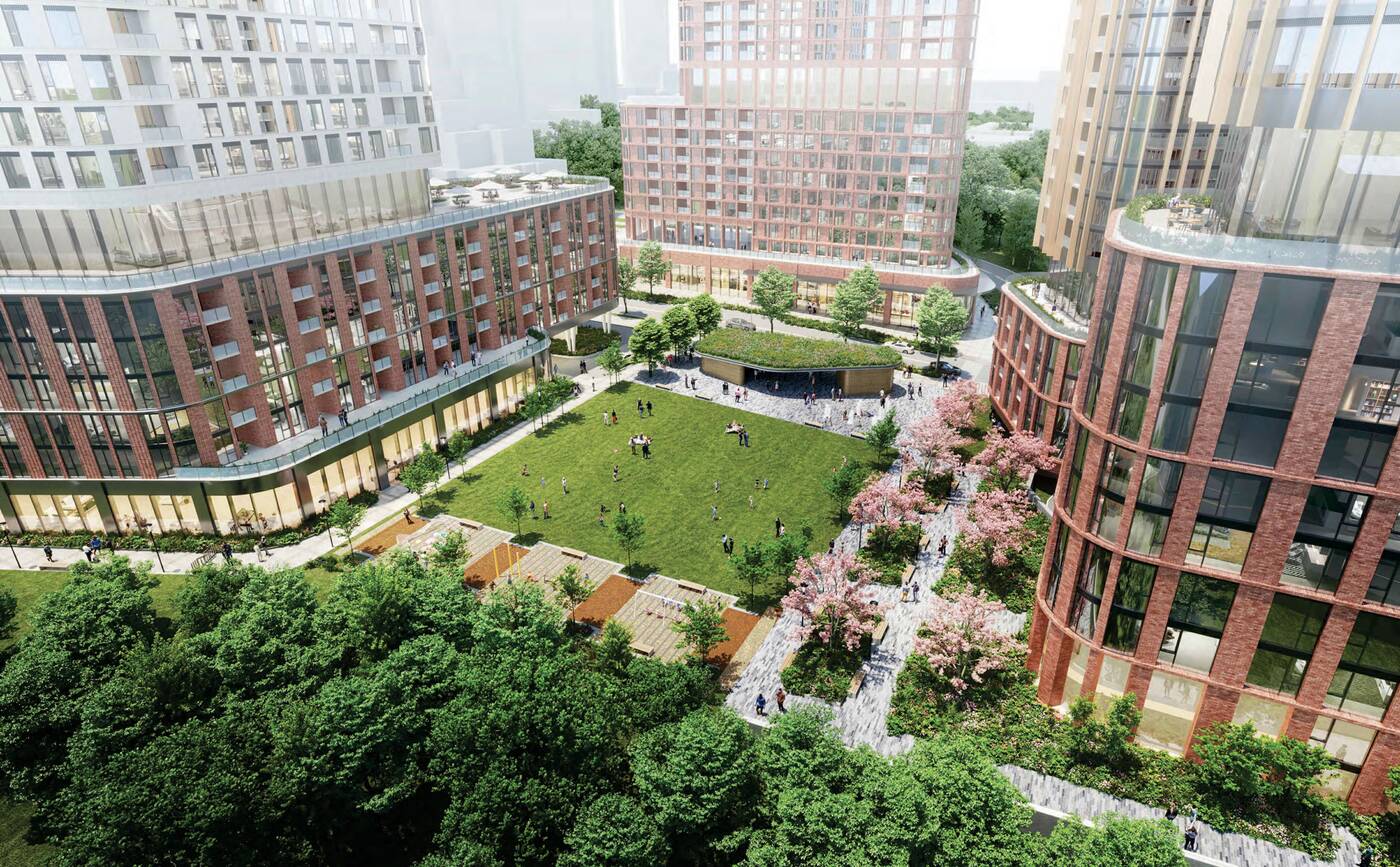 Renderings of the space depict features including a pavilion, swings and playground equipment, and an open multipurpose green space for residents of the development as well as the wider community.

The park would be joined by a pair of privately-owned public spaces combining for over 1,900 square metres, including an over 1,265 square metre space extending from the south edge of the public park.