Custom built in 1908 for a Mr. G.E. Bryant by the famous and prolific Toronto architects Chadwick and Beckett, 40 Castle Frank Crescent has been turning heads for over a century. 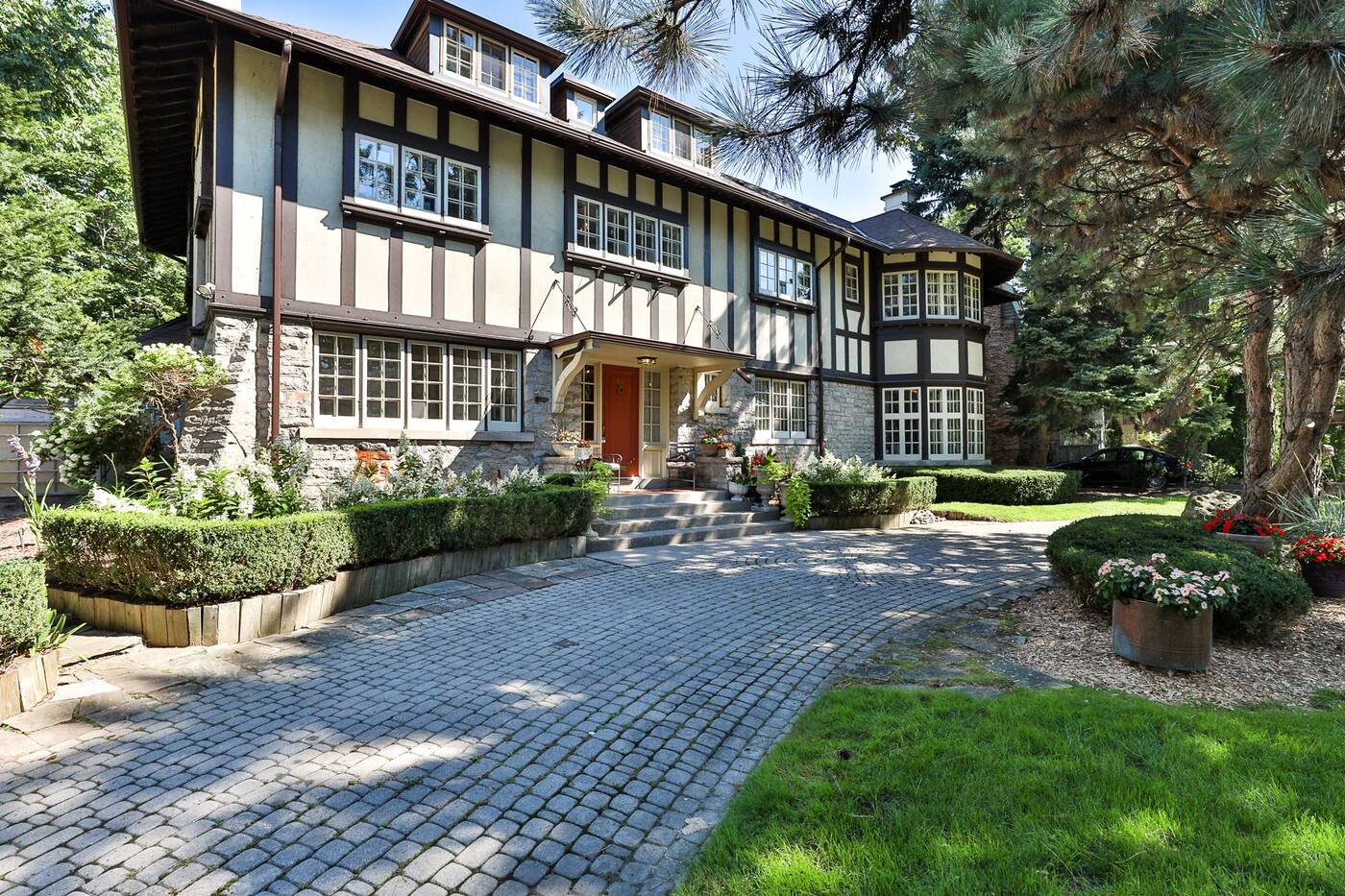 The outside of the home.

The heritage home is built out of a combination of timber and stone giving it a Tudor-style appearance from the exterior.

It's also sitting on a rare 110-foot wide lot, which even for Rosedale is a sizable chunk of land. 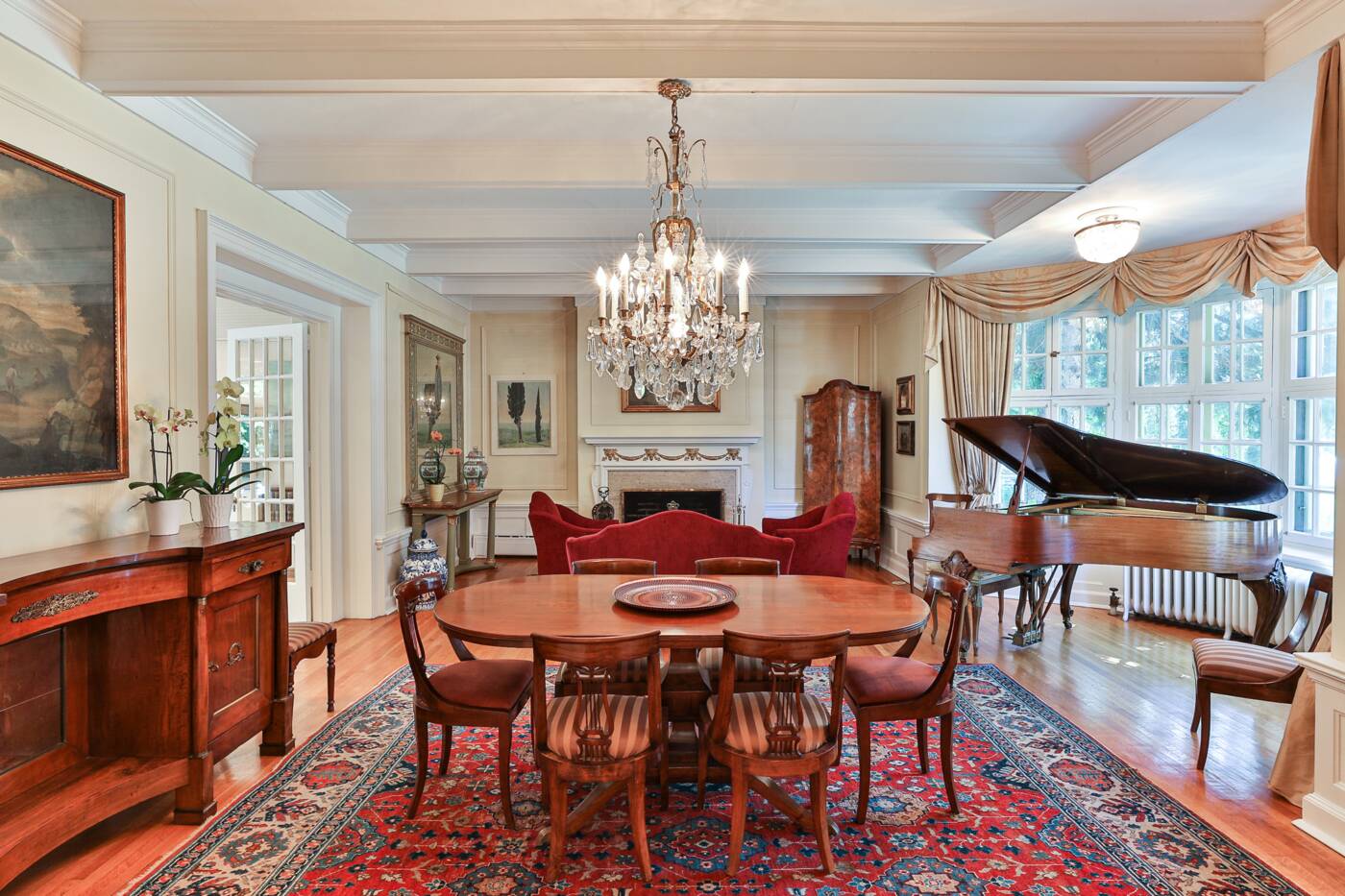 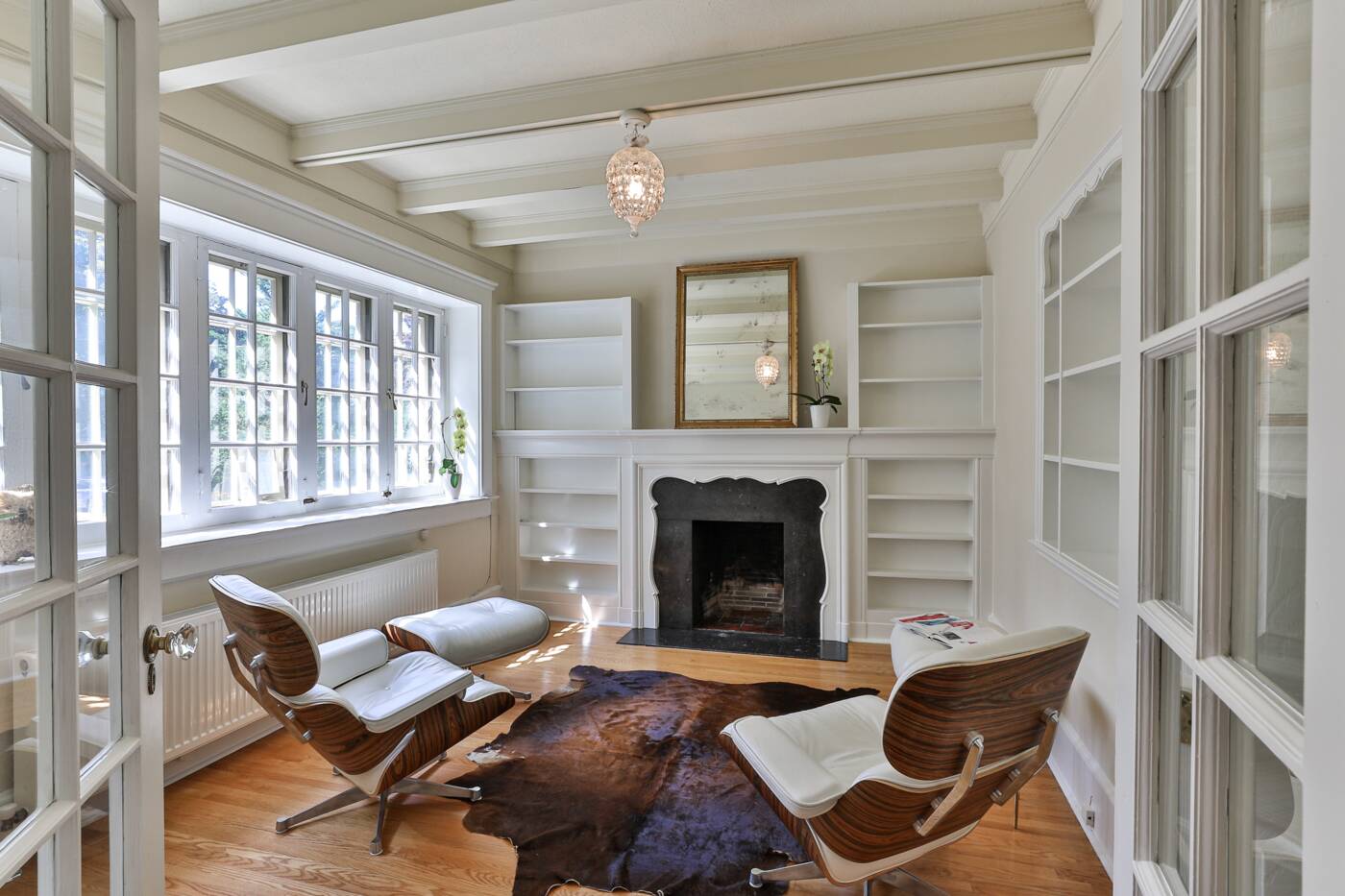 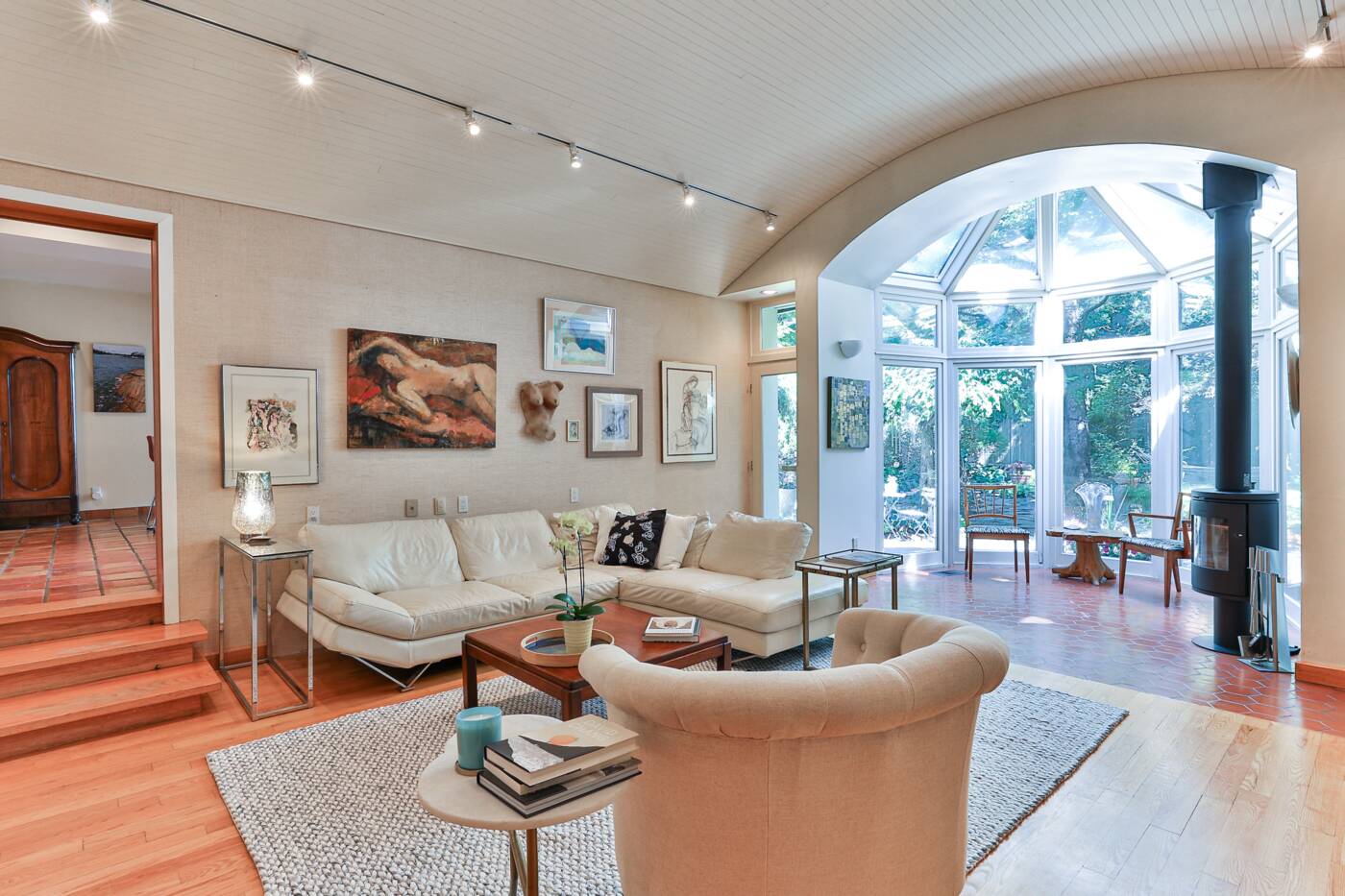 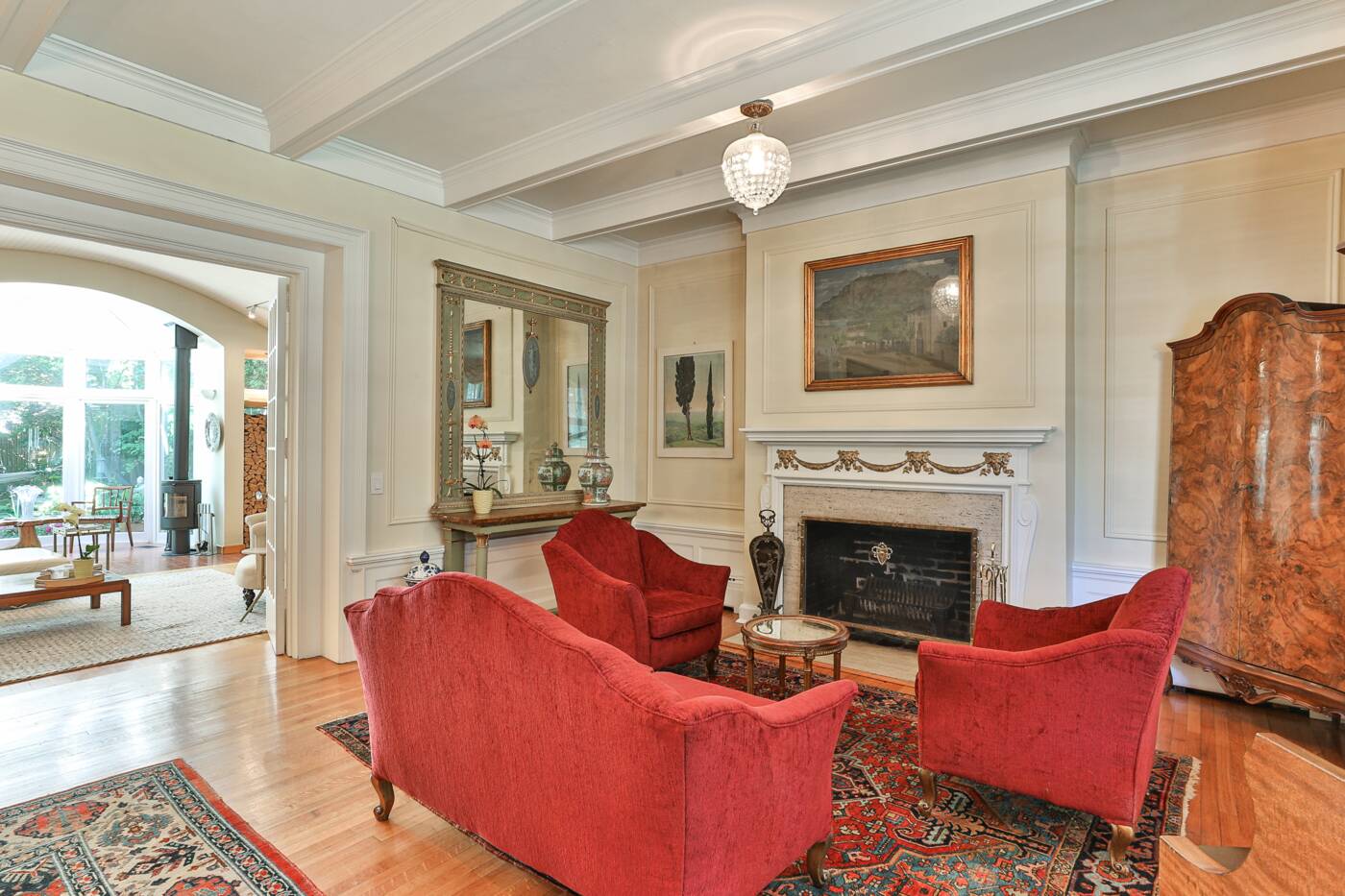 Original fireplaces can be found throughout the home.

They're all extremely spacious with lot natural light thanks to the large windows. 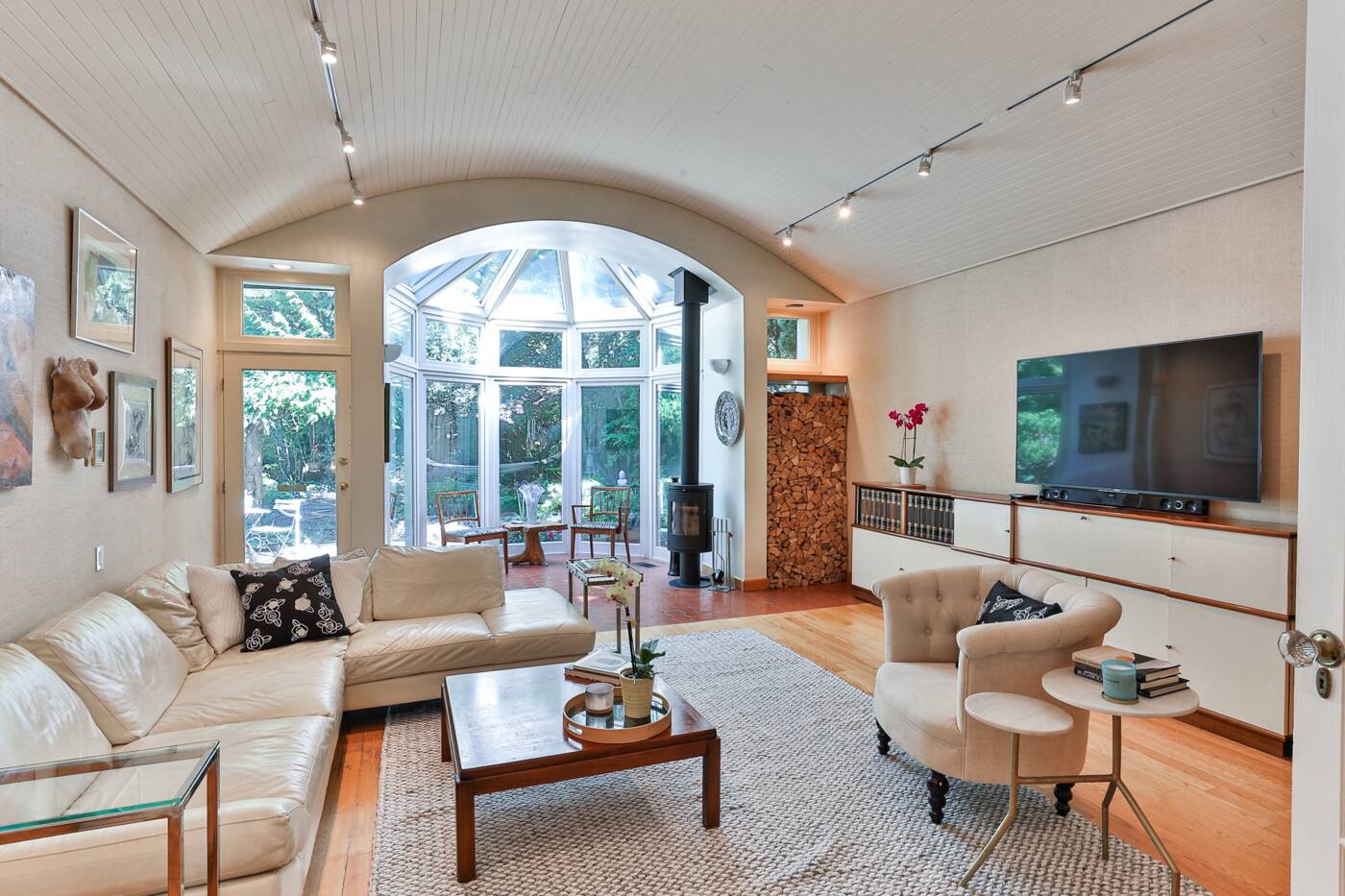 Note the domed ceiling in the family room.

The sunken family room is particularly cool with a wood-panelled, curved ceiling that then opens to this greenhouse-like sitting area that overlooks the garden with a wood burning stove. It's magical. 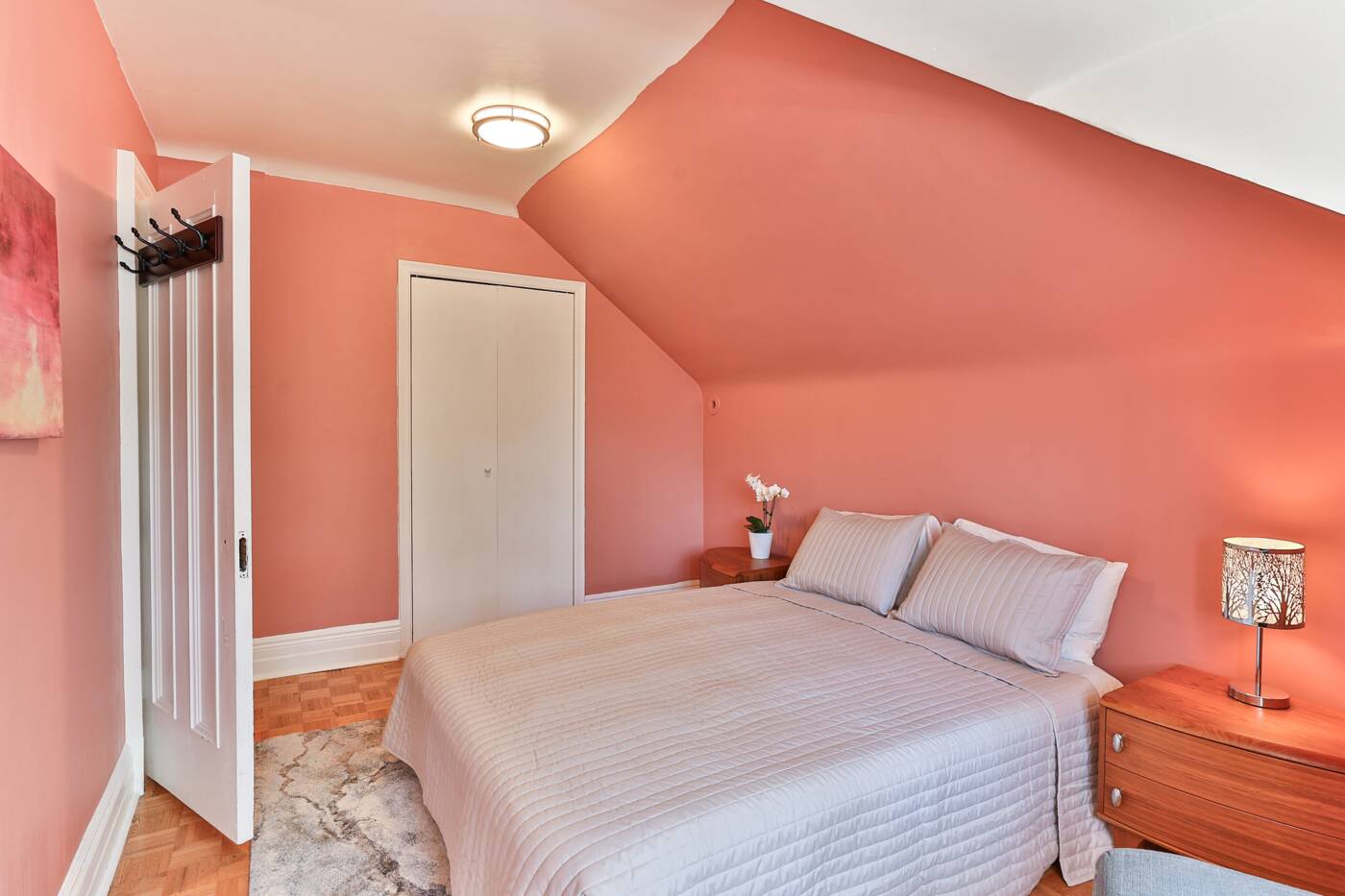 The bedrooms, all with large closets, are located on the second and third floor of the home. 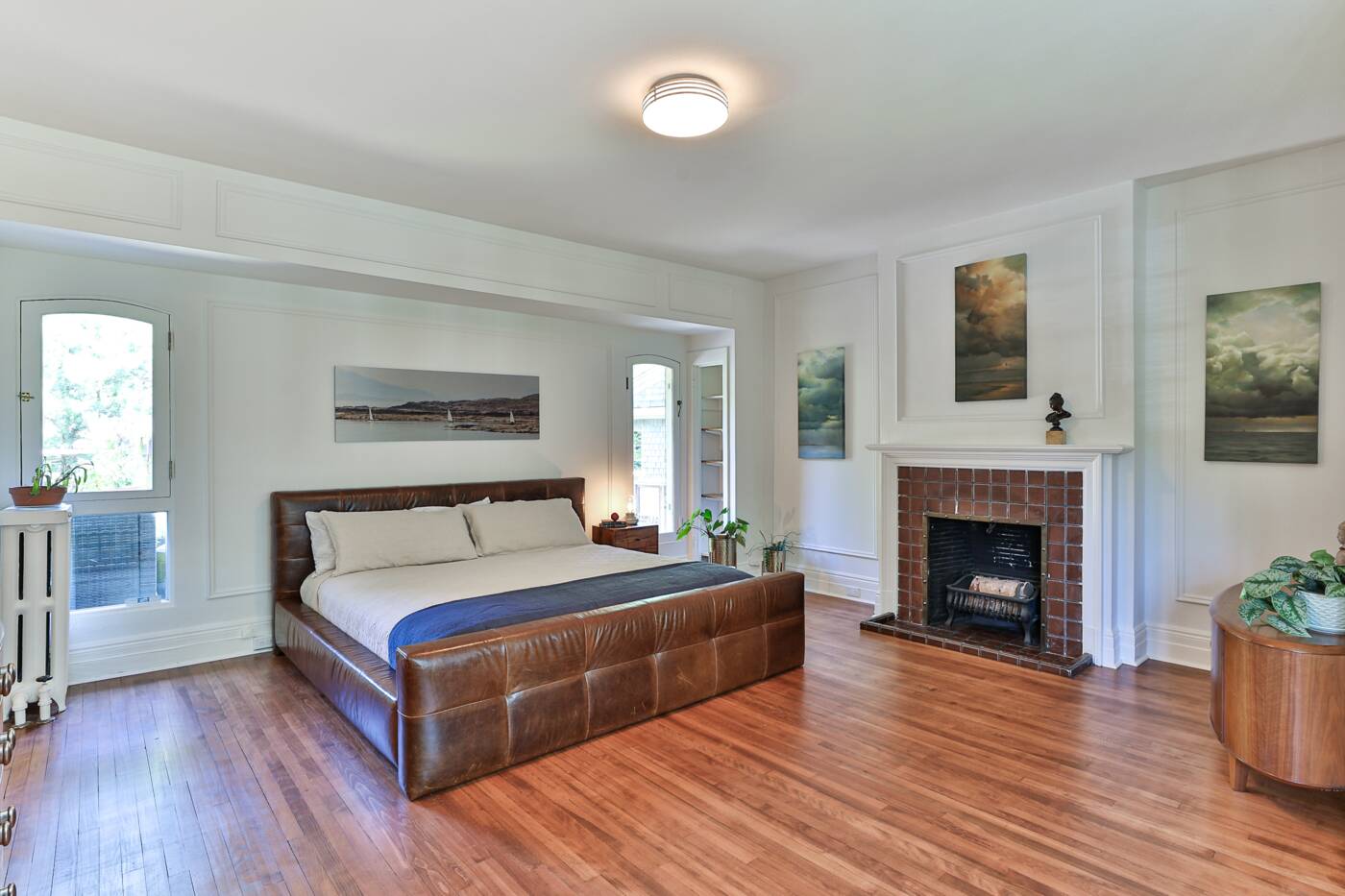 The primary bedroom has bow windows, a large walk-in closet and a five-piece ensuite. 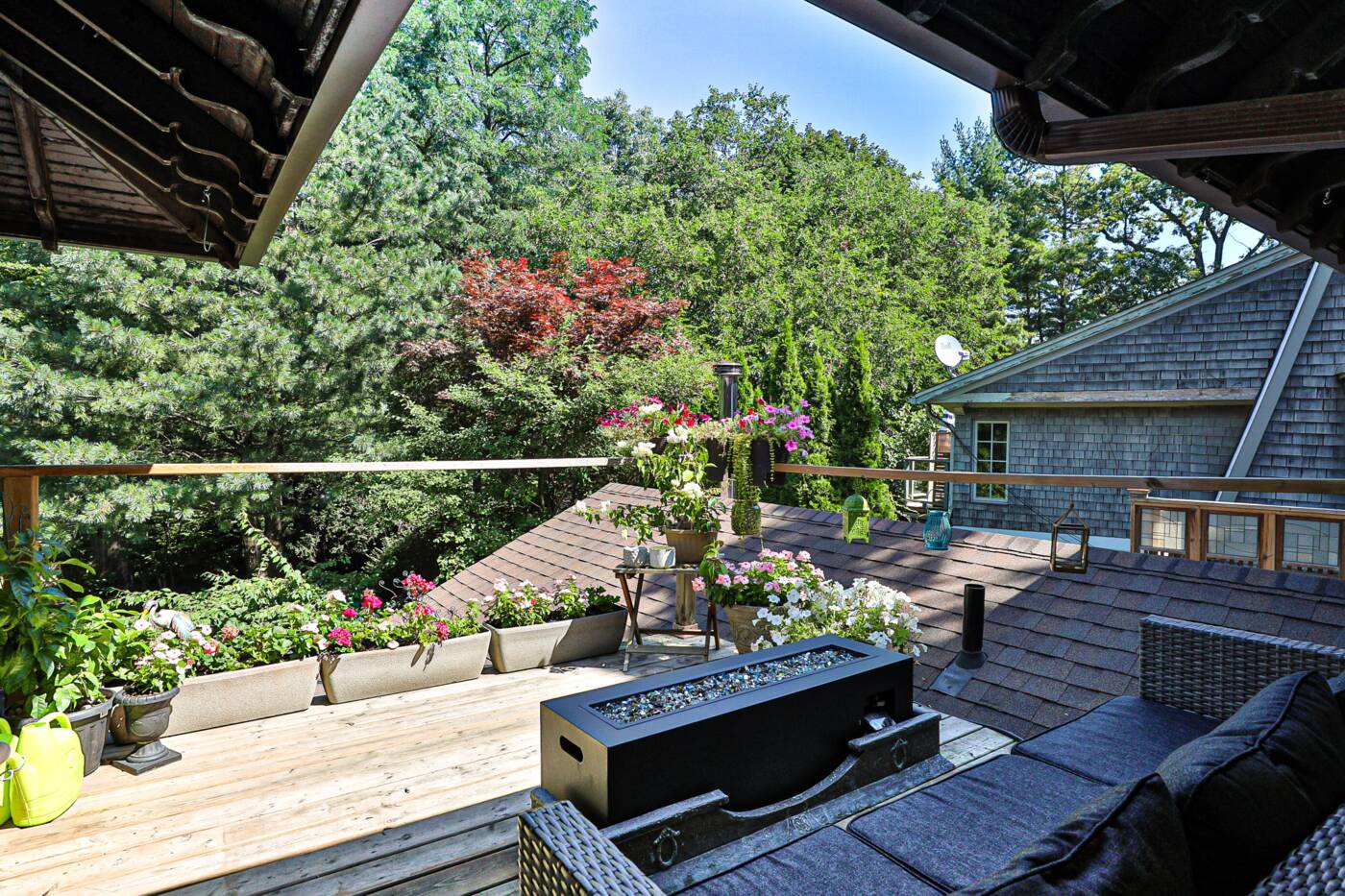 The balcony off the primary bedroom.

It also has a private little balcony. 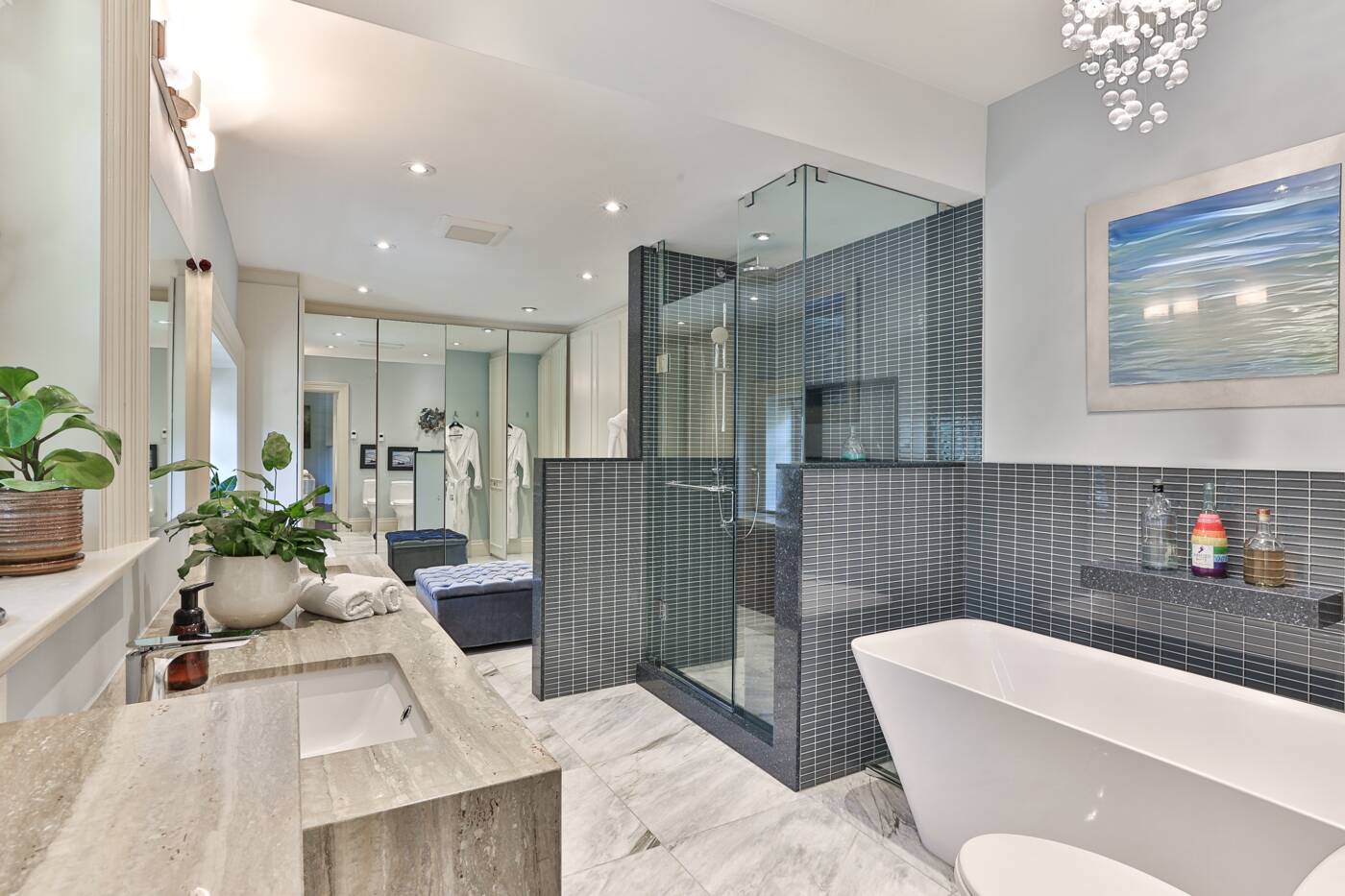 And while most of the rooms look like they've been recently renovated, including three of the bathrooms, one room hasn't been touched since the 80s. 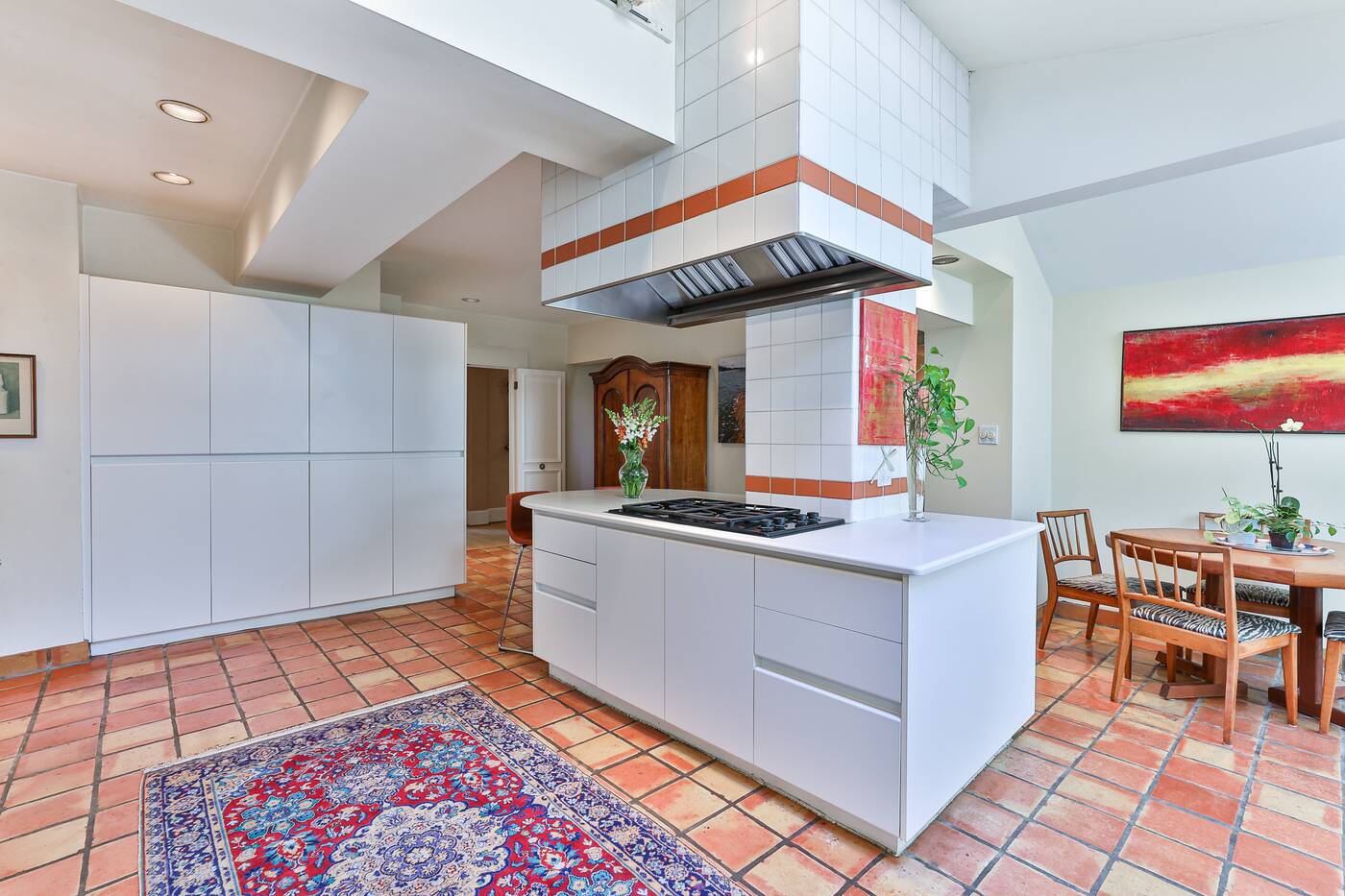 The only notable difference in the orange tile accent, which might be painted over the original tiles. 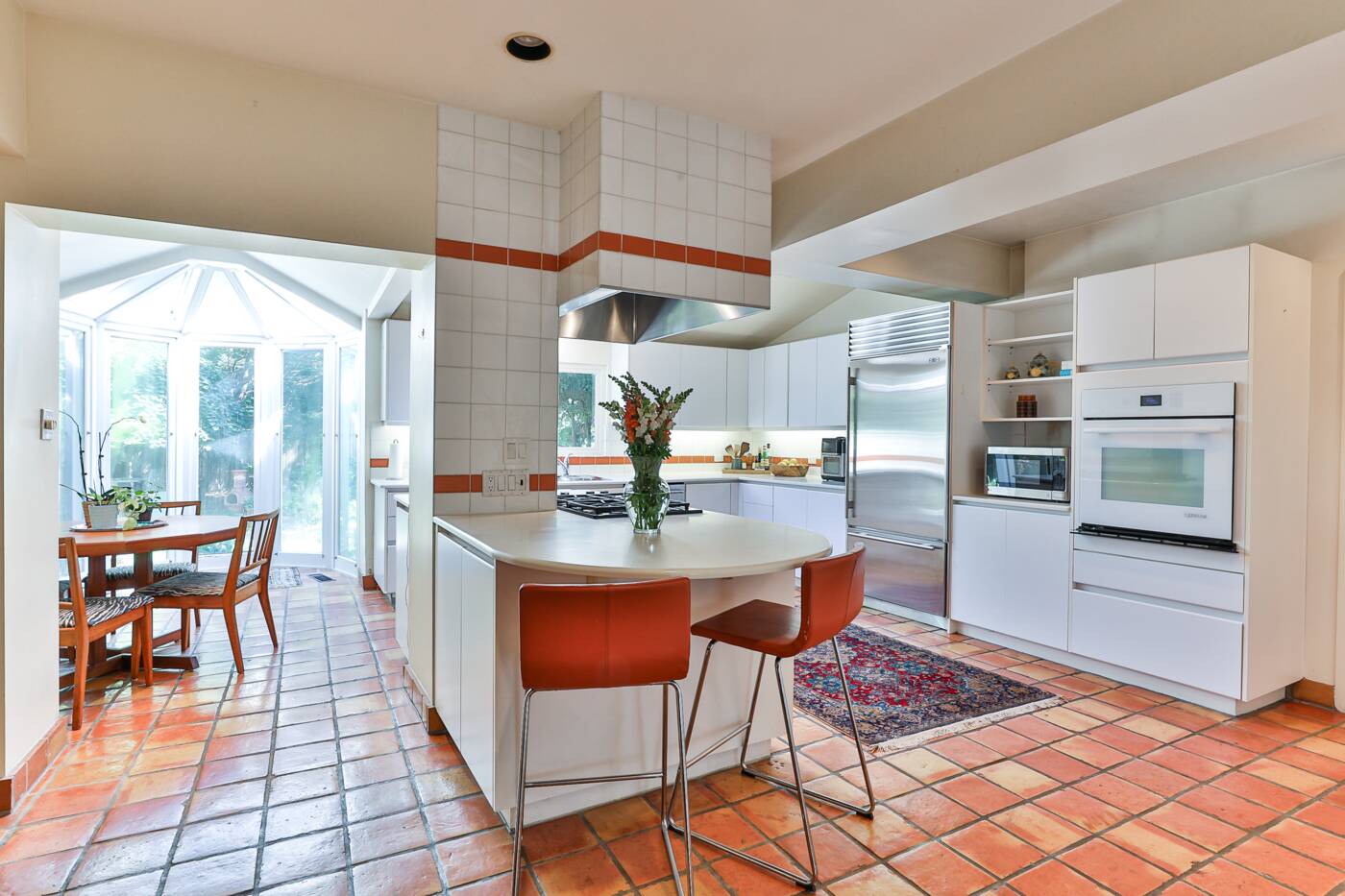 The kitchen overlooks the garden.

Before the current owners bought this house in 2016, 40 Castle Frank Cres. had been in the same family for 40 years and if you look at the previous listing photos the kitchen is basically identical. 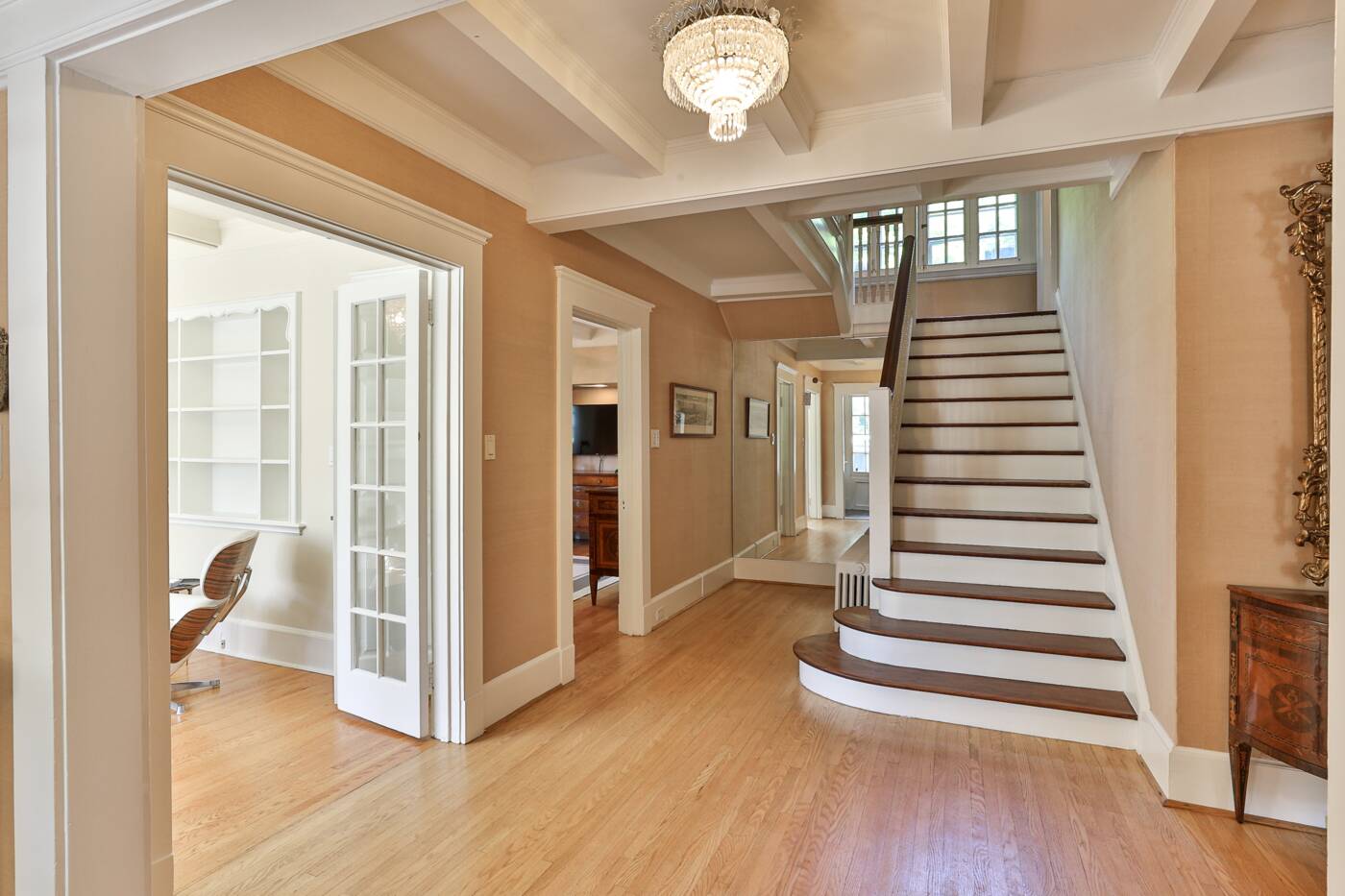 But fear not, realtor Anita Merlo noted that there are already drawn-up plans for a Scavolini kitchen. 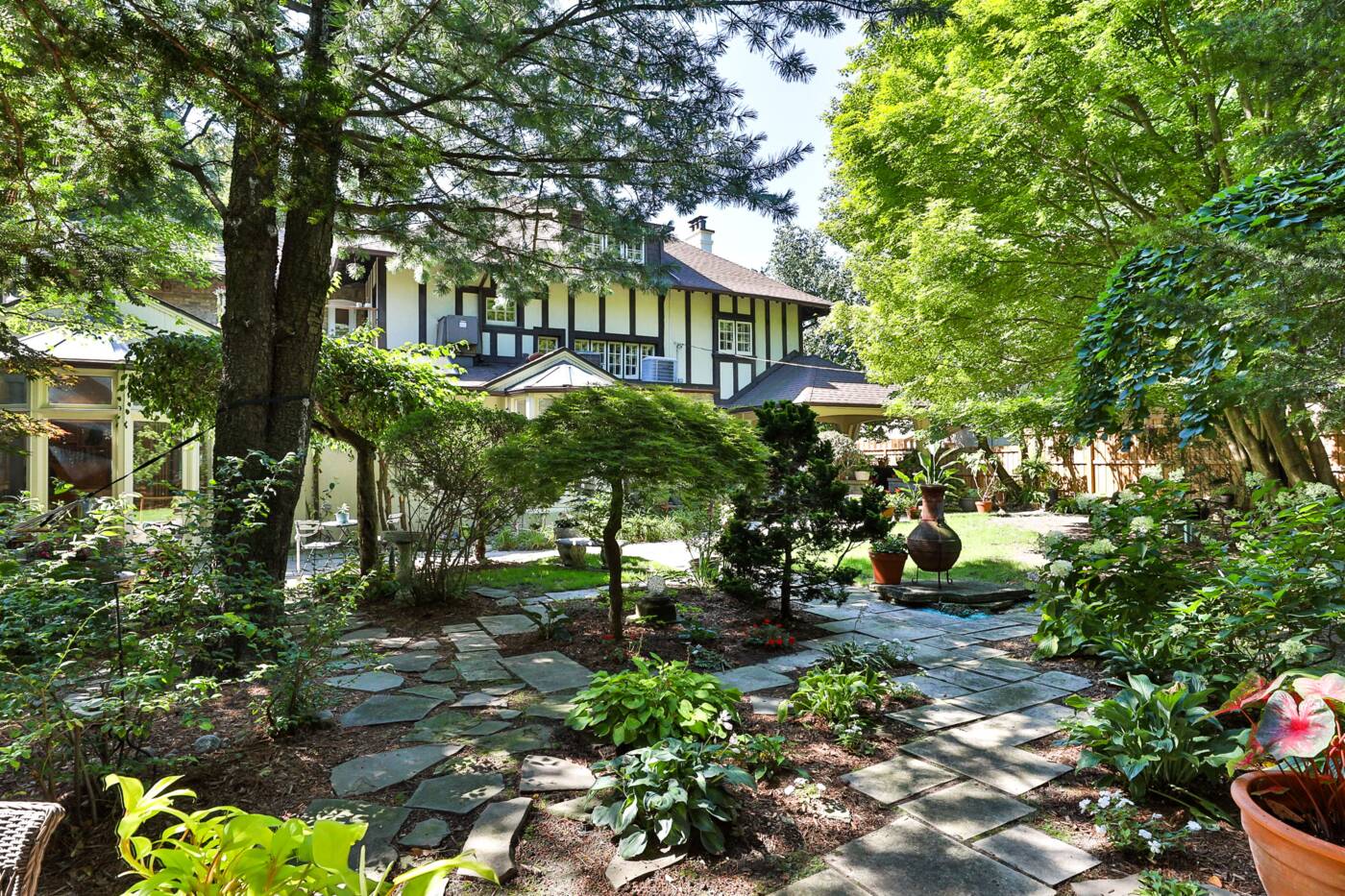 The backyard with perennials.

As for outdoor space, the house has a beautifully lush backyard with plenty of seating spaces to relax and enjoy the garden. 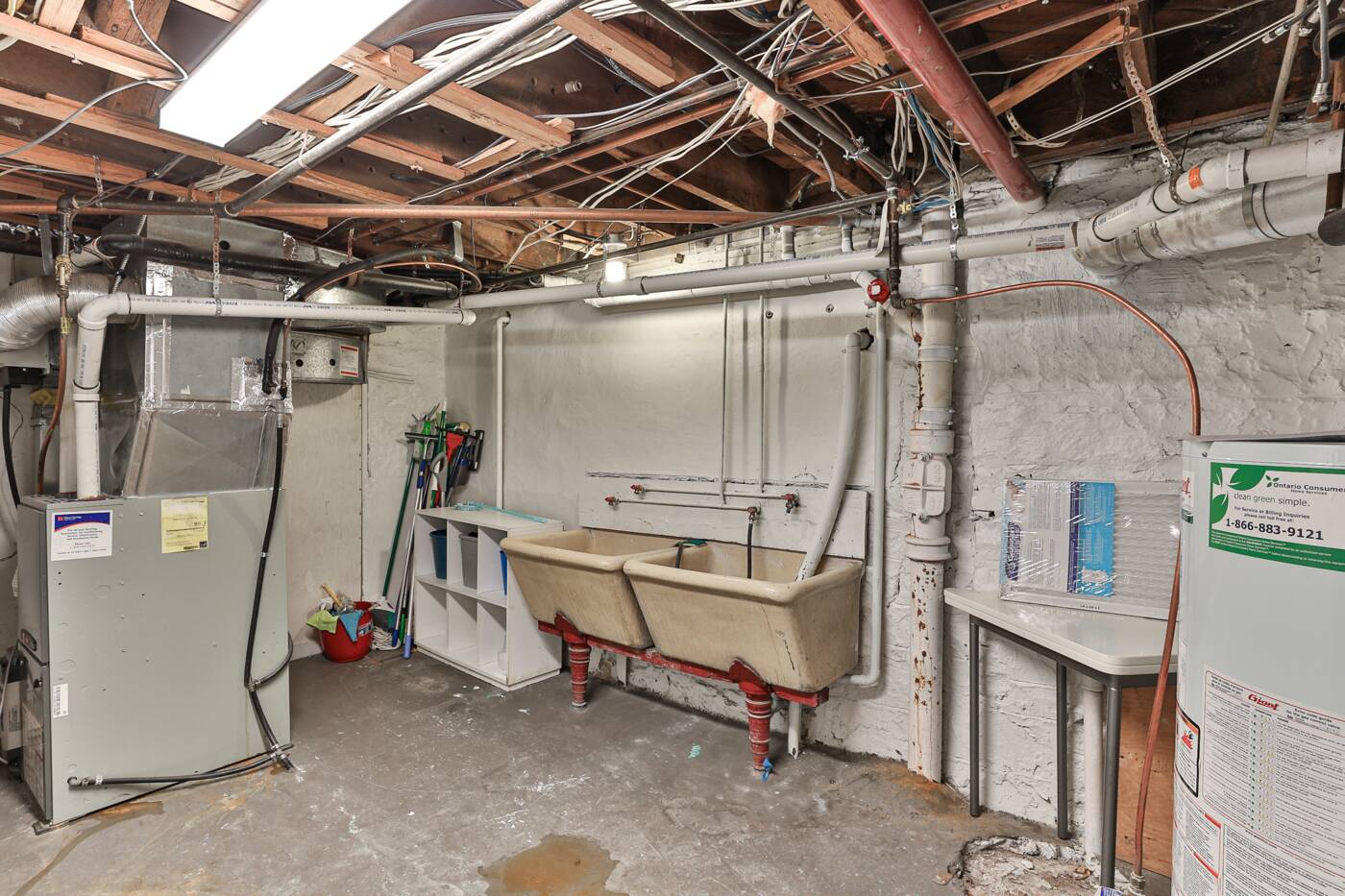 However, one thing that is odd about this Rosedale home is that the basement is unfinished. You'd think for $5 million there would be something other than exposed duct work and wires in the basement. 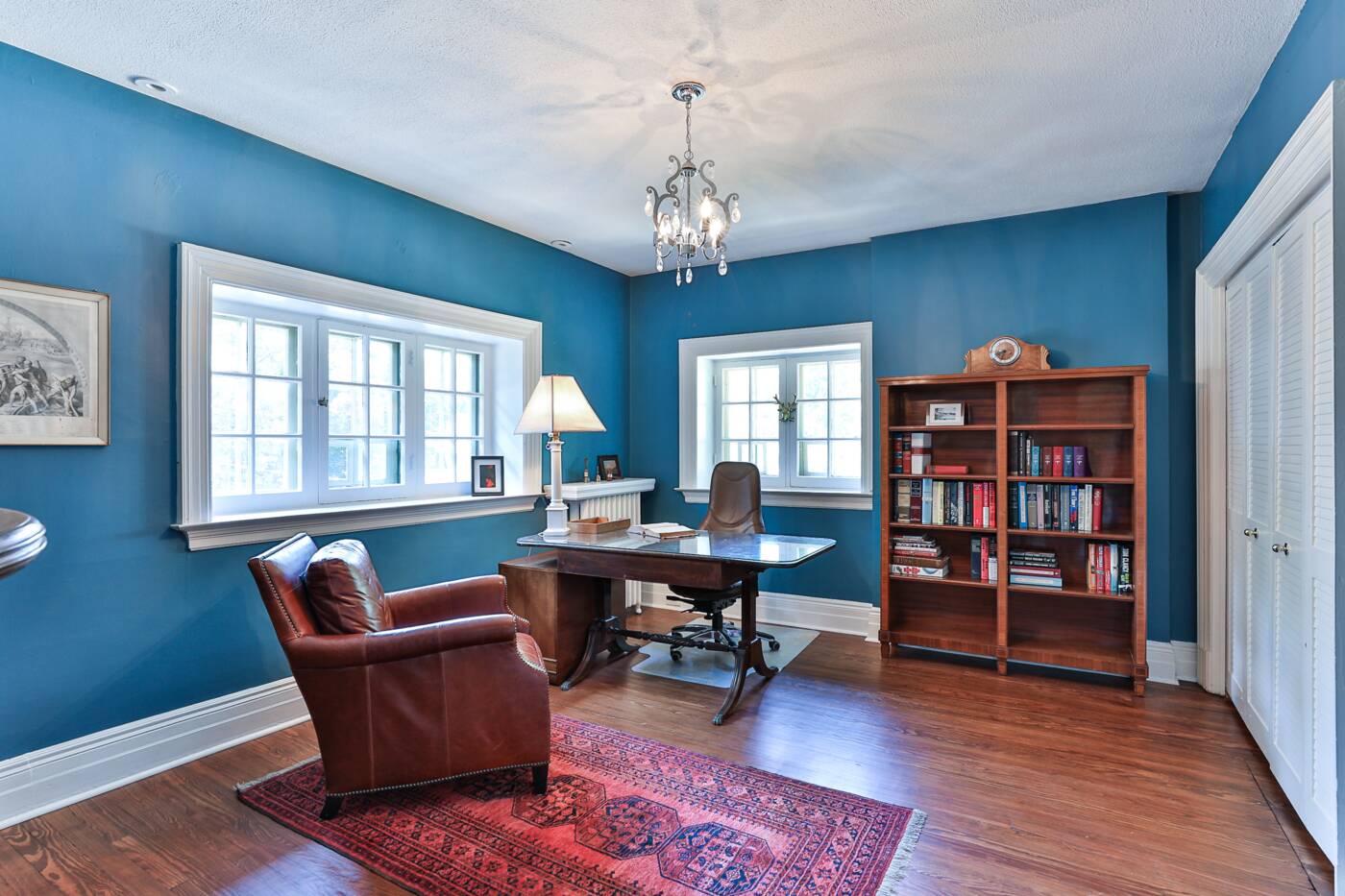 A bedroom that's been turned into an office.

But to make up for the grim basement 40 Castle Frank Cres. does have a coach house. 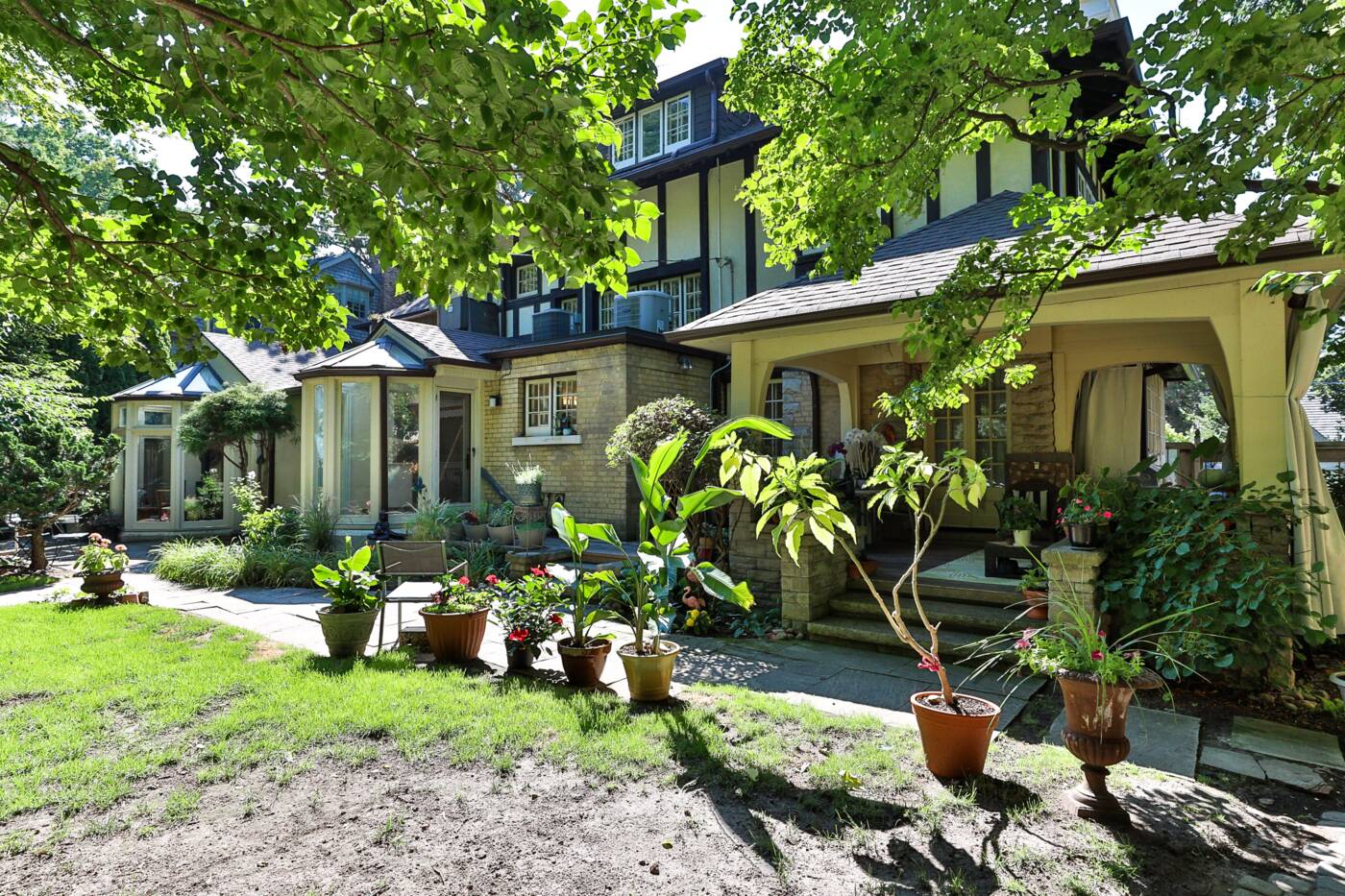 Either way, this house is something special or as Merlo says: "it's a stately home for the ages."