Another high-rise project is in the works for the condo-packed midtown Toronto area, and this one would spell the end of a group of relatively pricey two-storey semi-detached houses.

Because even large single-family homes aren't immune from the condo boom.

Currently occupied by a group of semi-detached McMansion-style homes known as The Manors of Armour Heights on Bayview, plans call for the demolition of all but the western pair of semis, erasing the eastern two-thirds of the 1995-built housing complex. 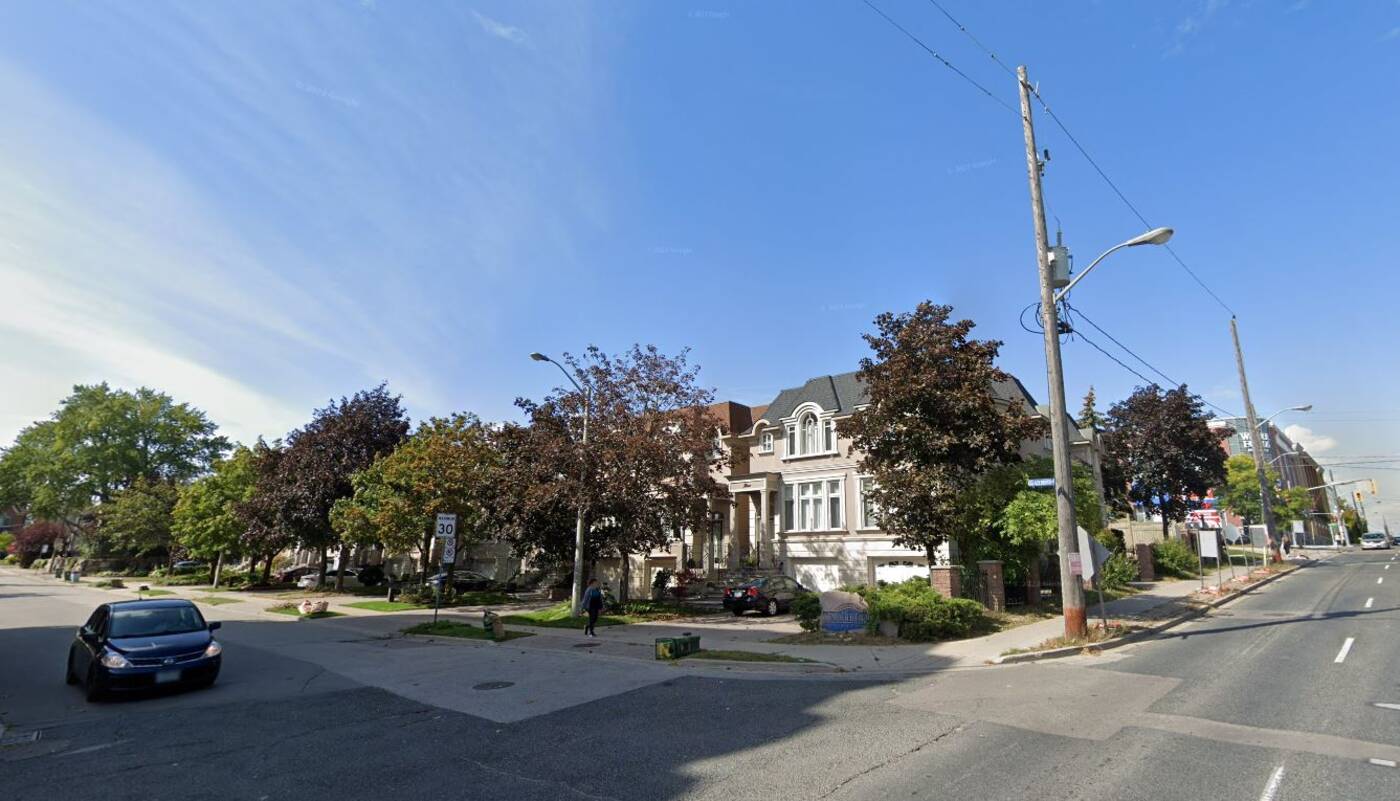 Looking northwest towards the current homes on site. Image via Google Maps.

Gairloch Developments hopes to replace the block with a condo tower featuring a design from Gabriel Fain Architects incorporating curved edges and precast concrete brick panels with a striking bond pattern that projects off the tower's corners. 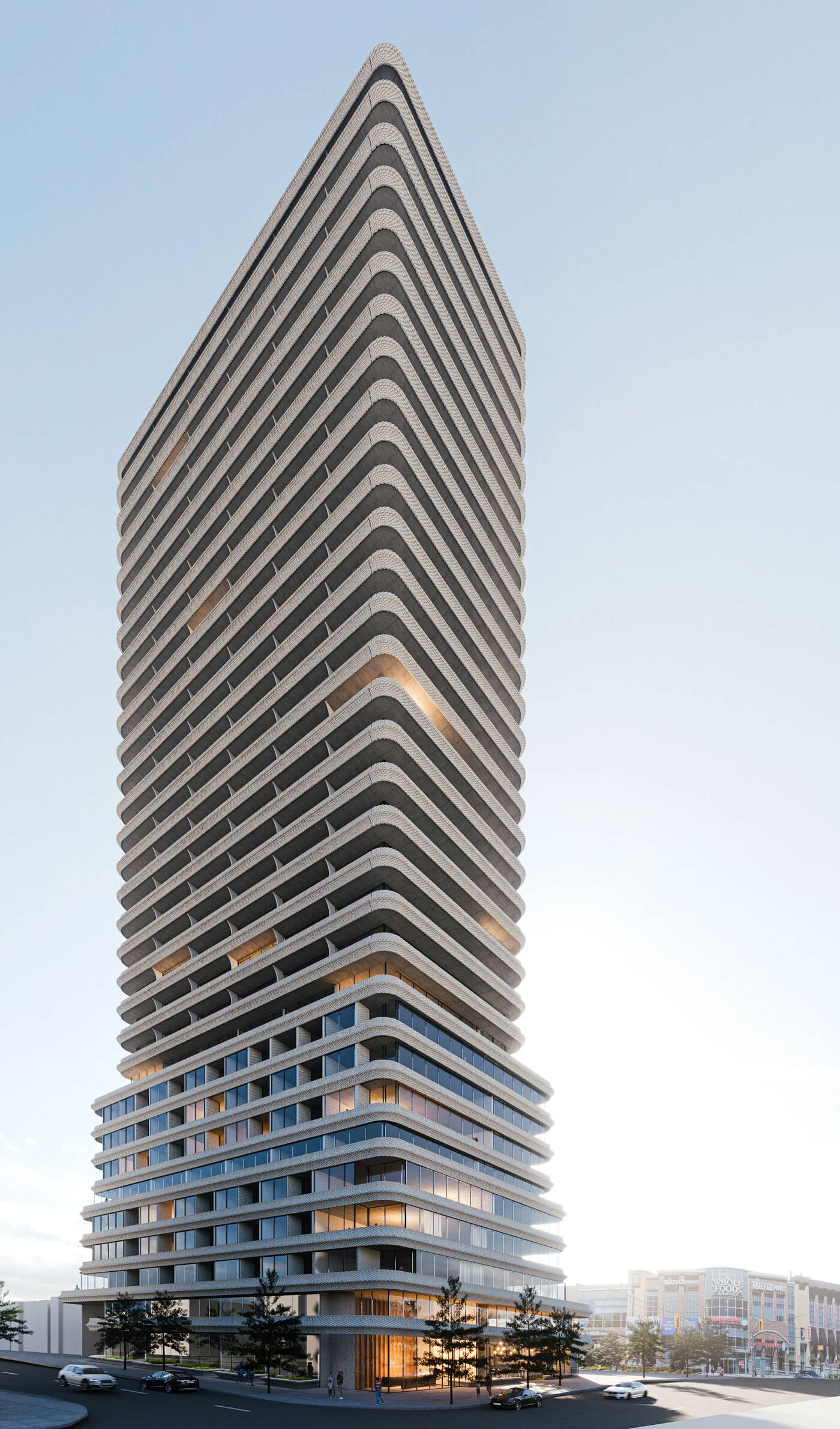 The tower would include 434 condominium units, planned in a mix of 314 one-bedrooms, 69 two-bedrooms, and 51 three-bedrooms. Townhome units would be included along the ground floor on Glazebrook, maintaining a somewhat neighbourhood-feel for the side street.

Neighbours might not be thrilled about this and other proposals expected to intensify the area in the coming years, though there would be some benefits to locals, including new ground-floor retail space and the planned acquisition of off-site land by the developer to expand the nearby Charlotte Maher Park.

Area residents stressing about their already miserable commute (think a decade-plus of Eglinton construction) will be relieved to hear that the parking component proposed is quite minimal, with just a two-level underground parking garage containing 91 parking spaces.

This relatively light parking component is to be supplemented by an over 1:1 unit to bike parking ratio, with a total of 466 bicycle parking spaces planned in the underground garage.

It's still very early on in the planning process, so neighbourhood residents probably won't have to deal with a new construction burden any time soon, but it's just one project in a wave of redevelopment reshaping the area in response to the Crosstown line. 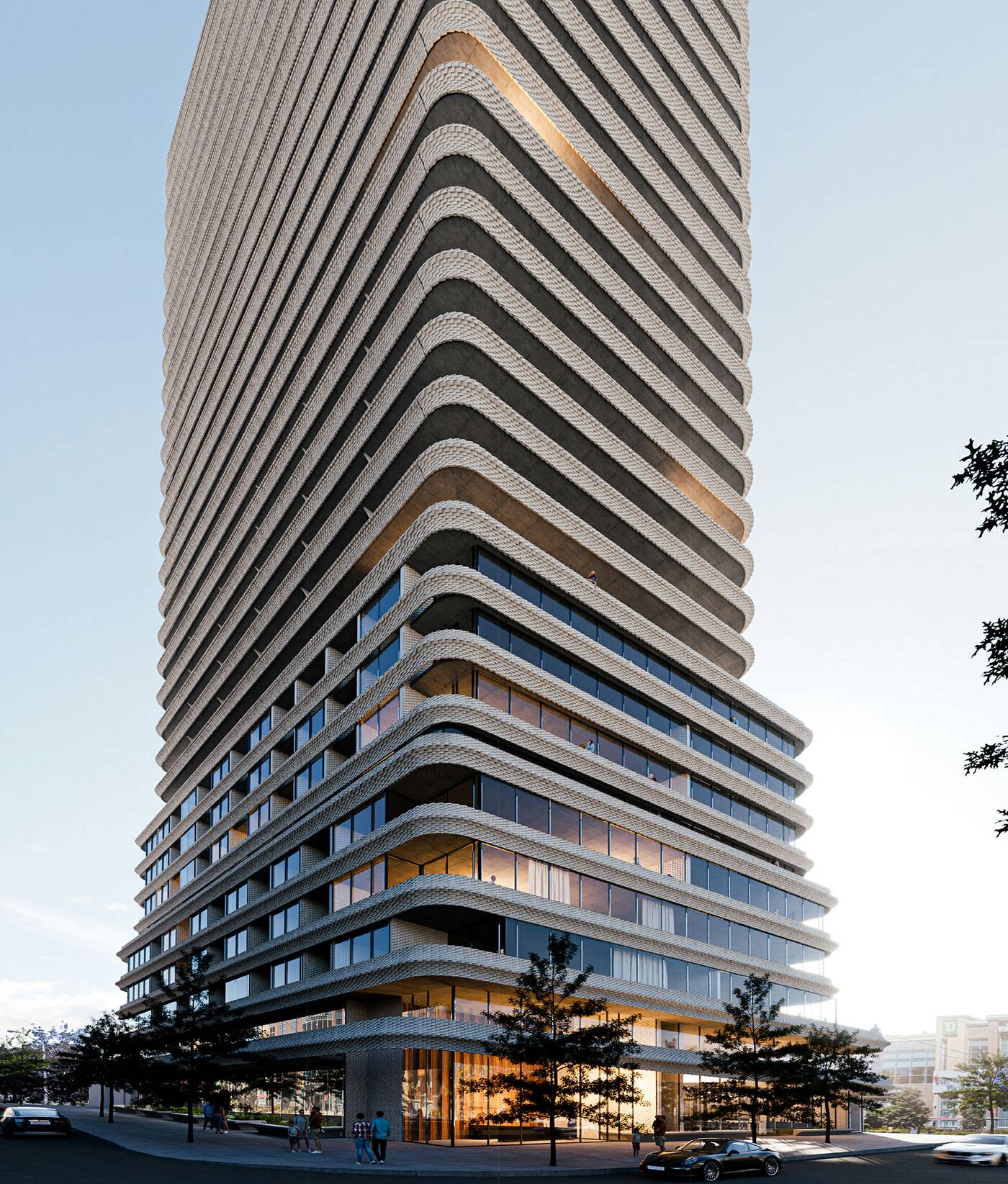 In a city starved for housing and experts stressing that low housing supply drives up prices for everyone, it's becoming harder for condo critics to argue their case as part of some greater neighbourhood good, a fact unlikely to stop the "no more condos" crowd from taking their grievances to city council.