Toronto has its CN Tower, Paris the Eiffel Tower, New York has its Empire State Building, and Hamilton, Ontario has…rusted steel mills belching flames and soot into the sky like a foreboding Mordor of heavy industry.

This not-so-postcardy image of Hamilton as a polluted place of industry could soon change, and drastically, as developer and investment platform Slate Asset Management has announced its acquisition of the sprawling Stelco lands with the intention to redevelop 800 acres of blackened wasteland into a massive business park.

Steel manufacturing has fallen on hard times in North America since reaching its peak in the late 1970s, the steel belt becoming the rust belt and leaving a trail of economic devastation across the U.S. northeast as well as southeastern Canadian steel towns like Hamilton.

Departing industry means a declining tax base for Hamilton, and the city is finding itself in a similar position as Toronto in the mid-20th century, forced to diversify its economy in the face of widespread deindustrialization.

Slate Asset Management hopes to jumpstart this process with what it describes as "a world-class industrial park with the potential to create up to 23,000 new jobs across the Greater Toronto & Hamilton Area and inject up to $3.8 billion into Ontario's economy, according to an economic study conducted by EY." 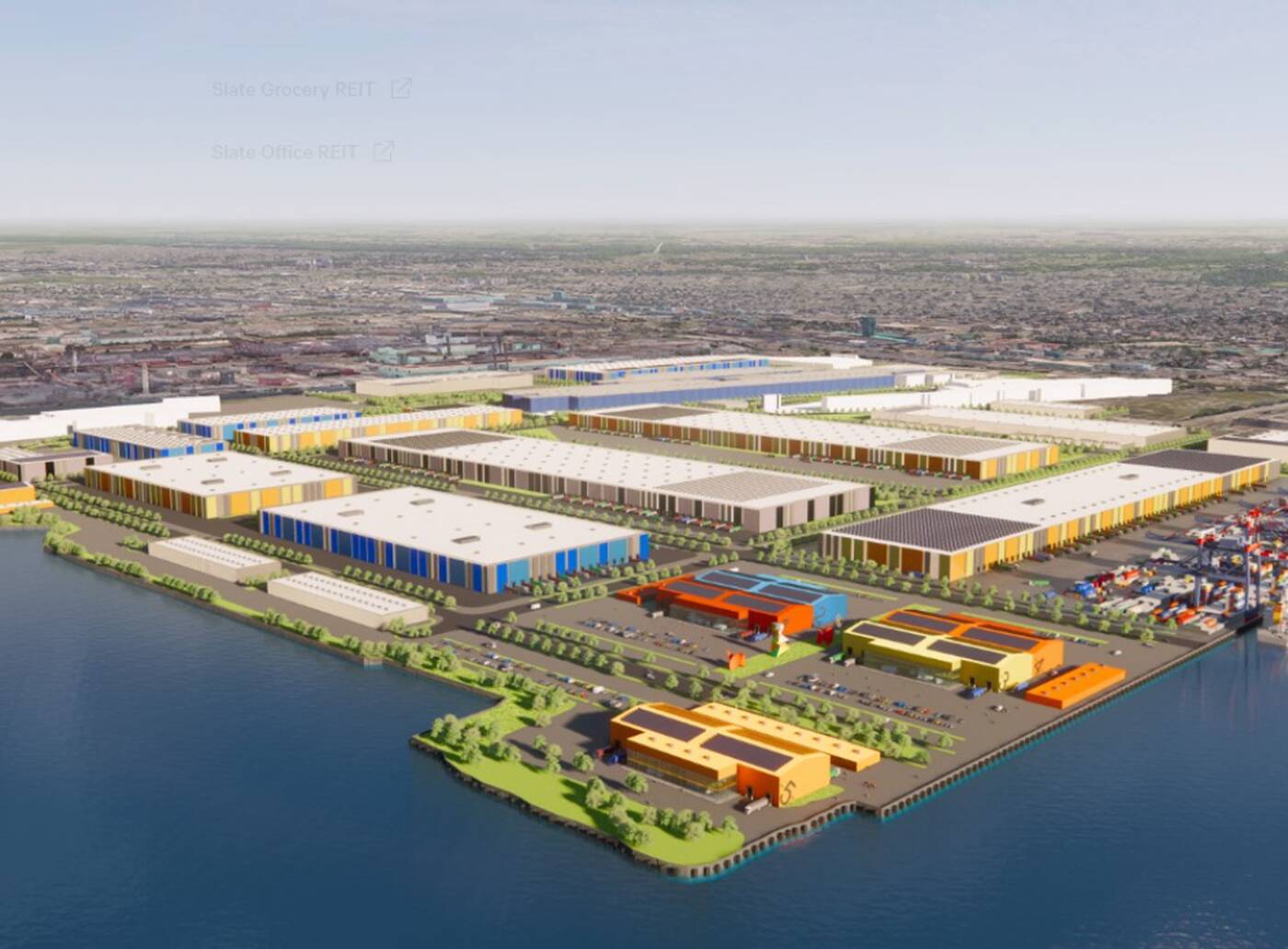 Planned redevelopment of the Stelco lands would eliminate the current heavy industry on site. Rendering by Slate Asset Management.

The deal to acquire the land closed on Wednesday, unlocking a site with direct access to the Great Lakes and the St. Lawrence Seaway and the provincial highway network.

It wouldn't mean the end of Hamilton's imposing industrial waterfront as a steel manufacturing centre, as Slate's acquisition comes with an agreement to lease back 75 acres of land and 2 million square feet of buildings for 35 years to Stelco, which is just one of a few steel facilities on Hamilton Harbour.

The remaining 725 acres of land are expected to be built out with up to 12 million square feet of new industrial lands, but the property will require extensive cleanup to be deemed suitable for new construction. 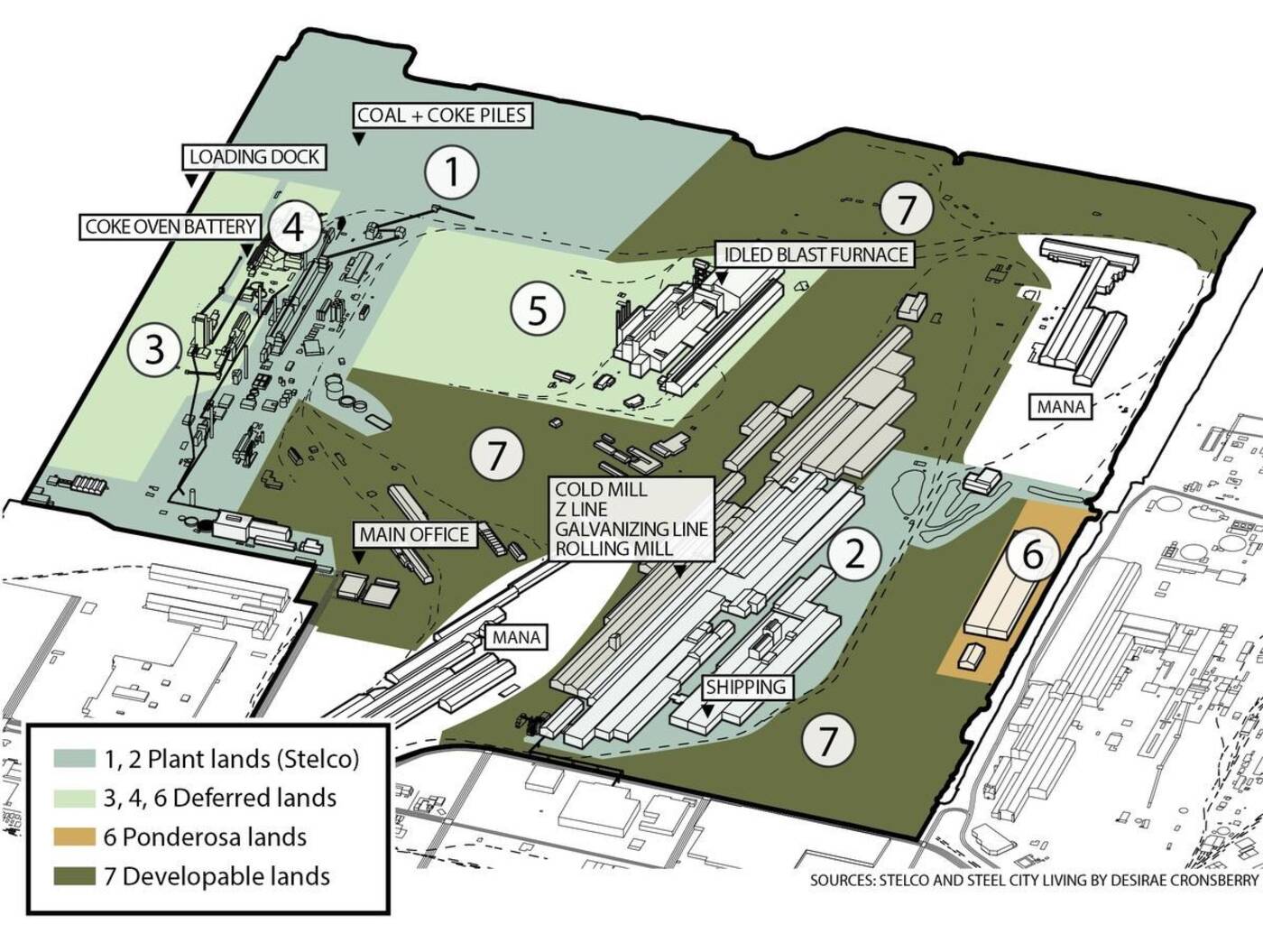 Slate is planning to invest in a comprehensive environmental protection and remediation of the site. While the new uses will indeed be industrial in nature, the site cleanup would open up 3,400 metres of waterfront along Lake Ontario for site workers.

And this is an especially unique portion of waterfront, the dockwall along this stretch comprised of rusting hulks of old lake freighters, similar to the sunken freighters acting as breakwaters in Ontario Place and Port Credit.

Slate's plans only represent a portion of Hamilton's industrial waterfront, but they could serve as a springboard for future redevelopments that preserve the city's manufacturing and industrial base while making the waterfront more inviting.