The Hamilton waterfront could soon look a whole lot different as plans continue to evolve for an ambitious development that includes a soaring 45-storey tower taller than anything that exists in Steeltown today.

But not everyone is welcoming the proposal with open arms, the project facing stiff resistance at a community meeting held earlier in March.

The tower is proposed just west of the HMCS Haida National Historic Site (which many of us grew up admiring at Ontario Place) on Block 16 of the broader Pier 8 site, a redevelopment of the post-industrial 5.24-hectare site that will bring a mix of condominiums, affordable housing, and new infrastructure to the Hammer. 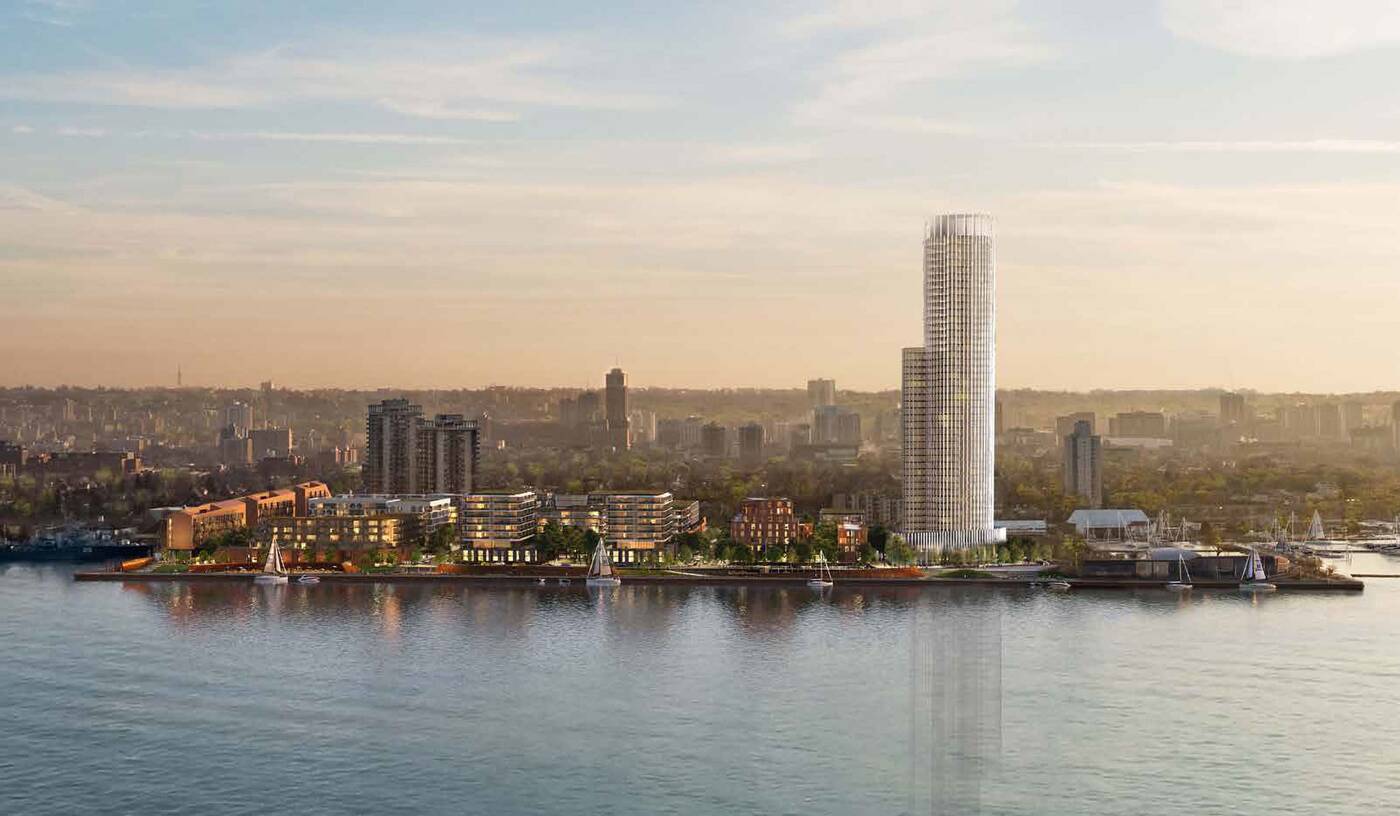 Block 16 would serve as the flagship building in the wider community, which brings together a team of architects and developers, the winners of a 2018 design competition to redesign the pier into a mixed-use destination.

It's worth mentioning that none of the design competition entries depicted a building anywhere near this scale, which explains the shock some locals are now noting after being briefed on the latest plans.

The proposed residential building features a design by KPMB Architects, or technically three variations of a similar design under consideration for the site.

Though the forms are different, each version of the plan has a height of 147 metres — higher than Hamilton's current and very ugly tallest — and contains 429 residential units of undetermined tenure.

This trio of design variations includes a cylindrical form, a wave-patterned massing, and a lilypad-inspired shape. They may all be similar in appearance, but there's a pretty good explanation for their rounded forms.

Three competing designs are being considered, each variation differing slightly.

Organic shapes aren't just there for the wow factor; instead, the flowing designs directly respond to the tower's position on a windswept waterfront site.

Despite plans to include forward-thinking green technologies and include both affordable and multi-family housing in the tower, some of the comments shared during the March 8 public presentation reflect a strong core of NIMBYism resisting the project. 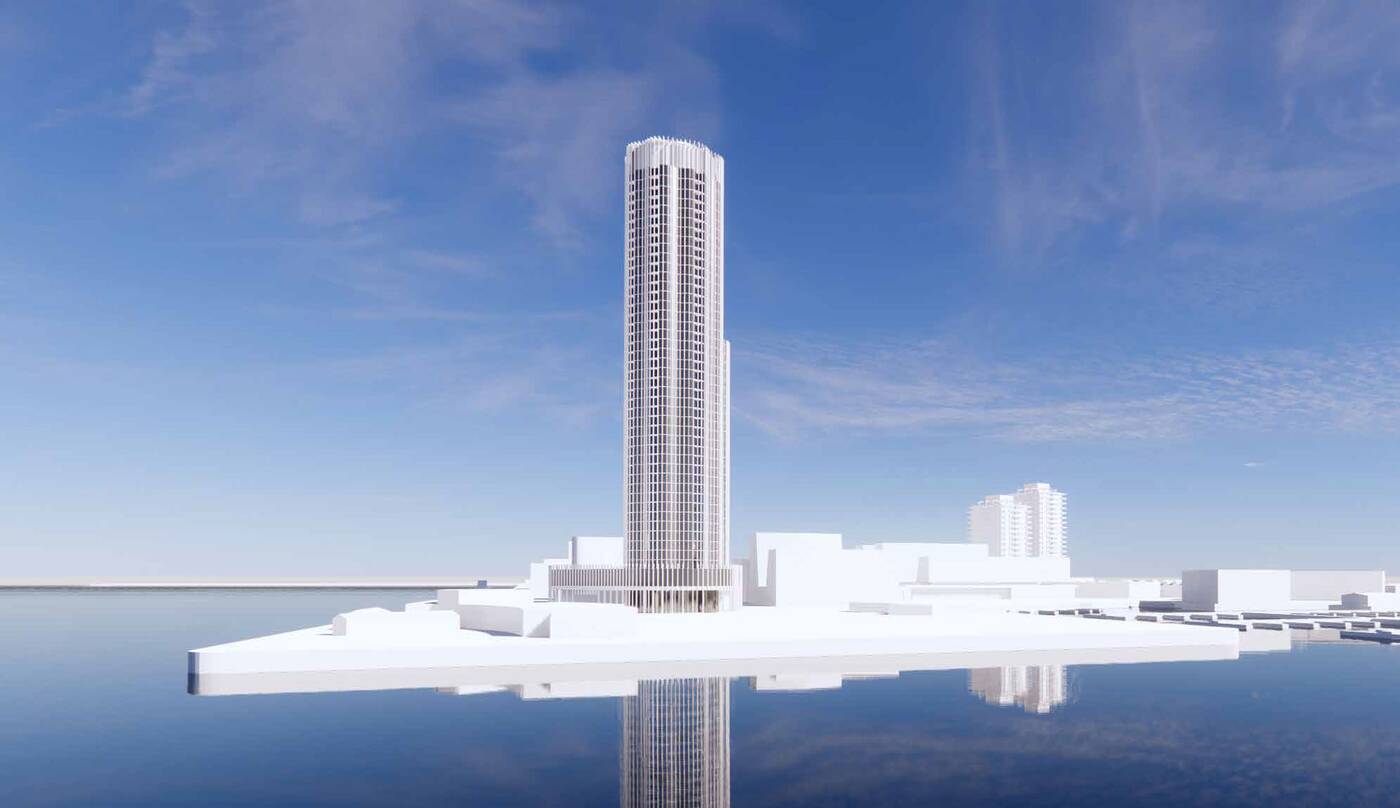 The 'waves' option plays heavily on the adjacent harbour with an undulating facade.

Comments include people saying flat-out that they don't want tall towers on the site, with 45 storeys quoted by one resident as being "way too big for the area" and its "small/big town feel." Another criticized it as "monstrous," while another still called it "a giant eyesore" in the making.

Another participant in the meeting got a bit more specific in their criticism of the tower's proposed height, stating that "the building will be 147 metres tall — the escarpment is 90 metres. Does this not make the tower disproportionate to the landscape? Does the city still have height limits shaped by our unique geography?" 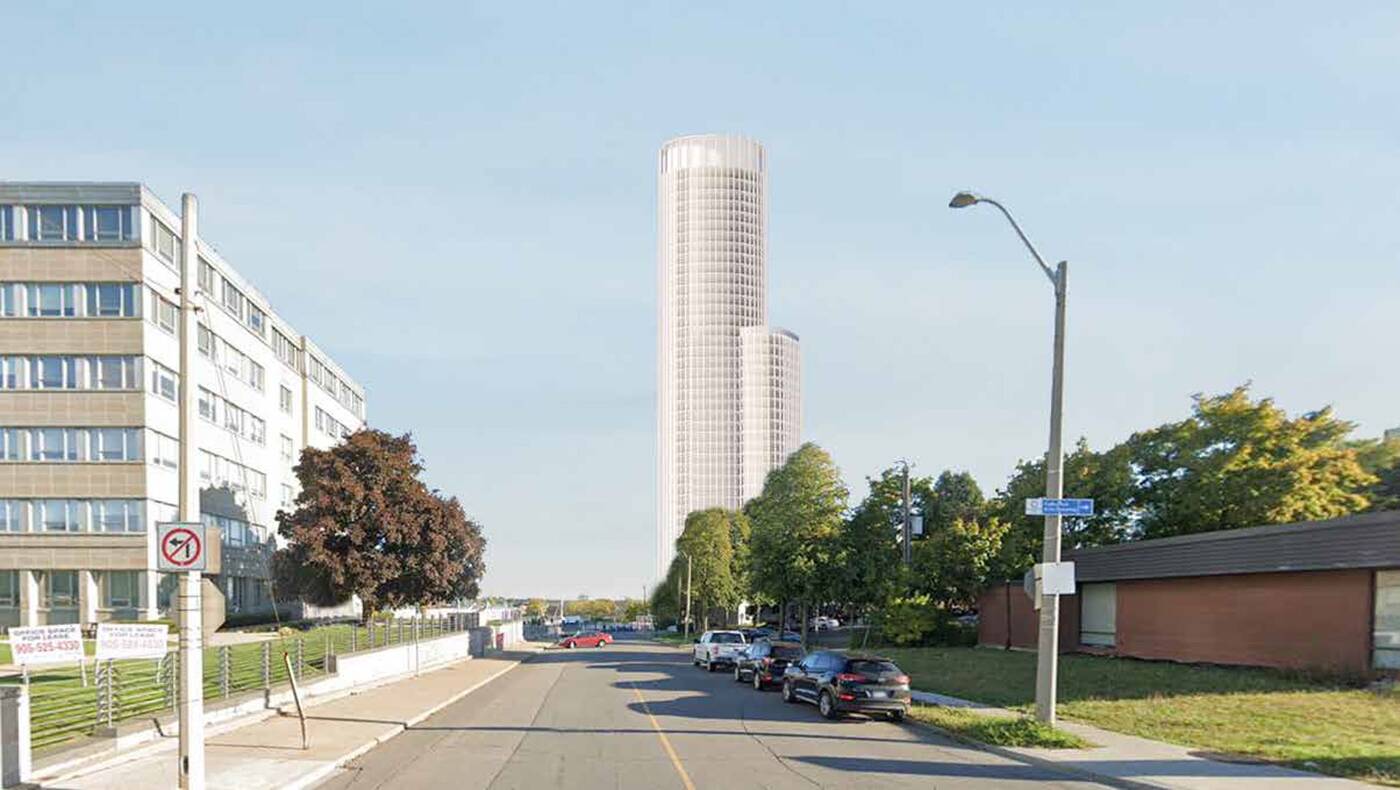 Height appears to be a major concern for locals, some of the renderings showing how the tower would be much taller than anything nearby.

One acknowledged the "talent, time, imagination and passion into the design" of the project before making it crystal clear that, even with its merits, they "would be fundamentally opposed to allowing it to be built on Pier 8."

Many other are worried about the precedent a tall building would set for future development, one attendee of the meeting asking "how can the city ensure that this doesn't happen?"

In perhaps the hardest to swallow criticism, one participant asked "how will this tall building avoid becoming like the waterfronts in Vancouver and Toronto," citing too many condos.

Hamilton, with its Mordor-looking waterfront of rusty blast furnaces spitting post-apocalyptic flames into the night sky, is afraid of becoming like Toronto.

They should be so lucky.