For anyone who didn't know, Bathurst and Bloor St. in Toronto has a fascinating Black history dating back over 100 years.

Sometimes referred to as "Blackhurst Street," the area became a safe space where Black families and Black businesses could grow and thrive starting in the 1860s.

One of those places was 860-864 Bathurst Street, which is now listed for sale. 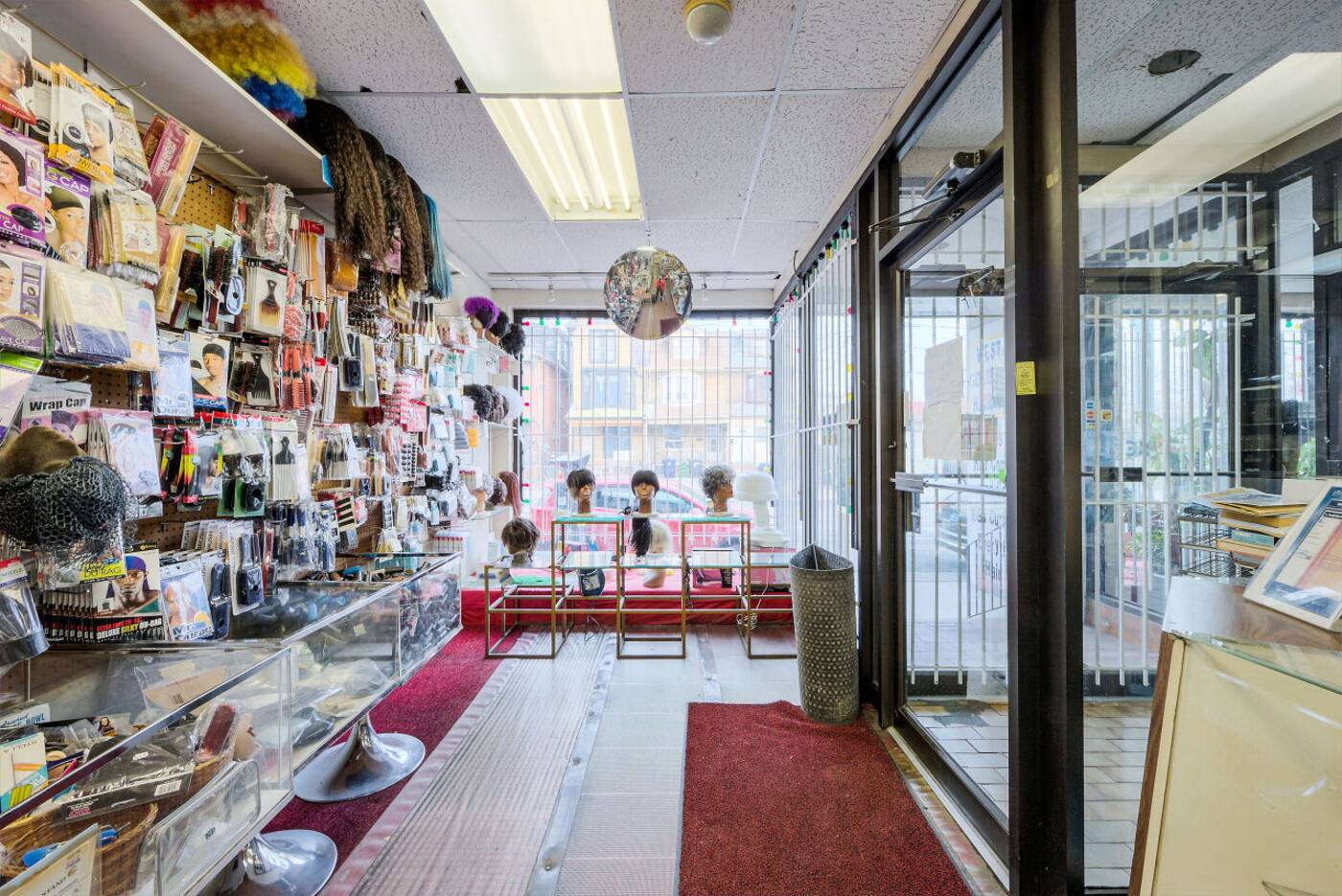 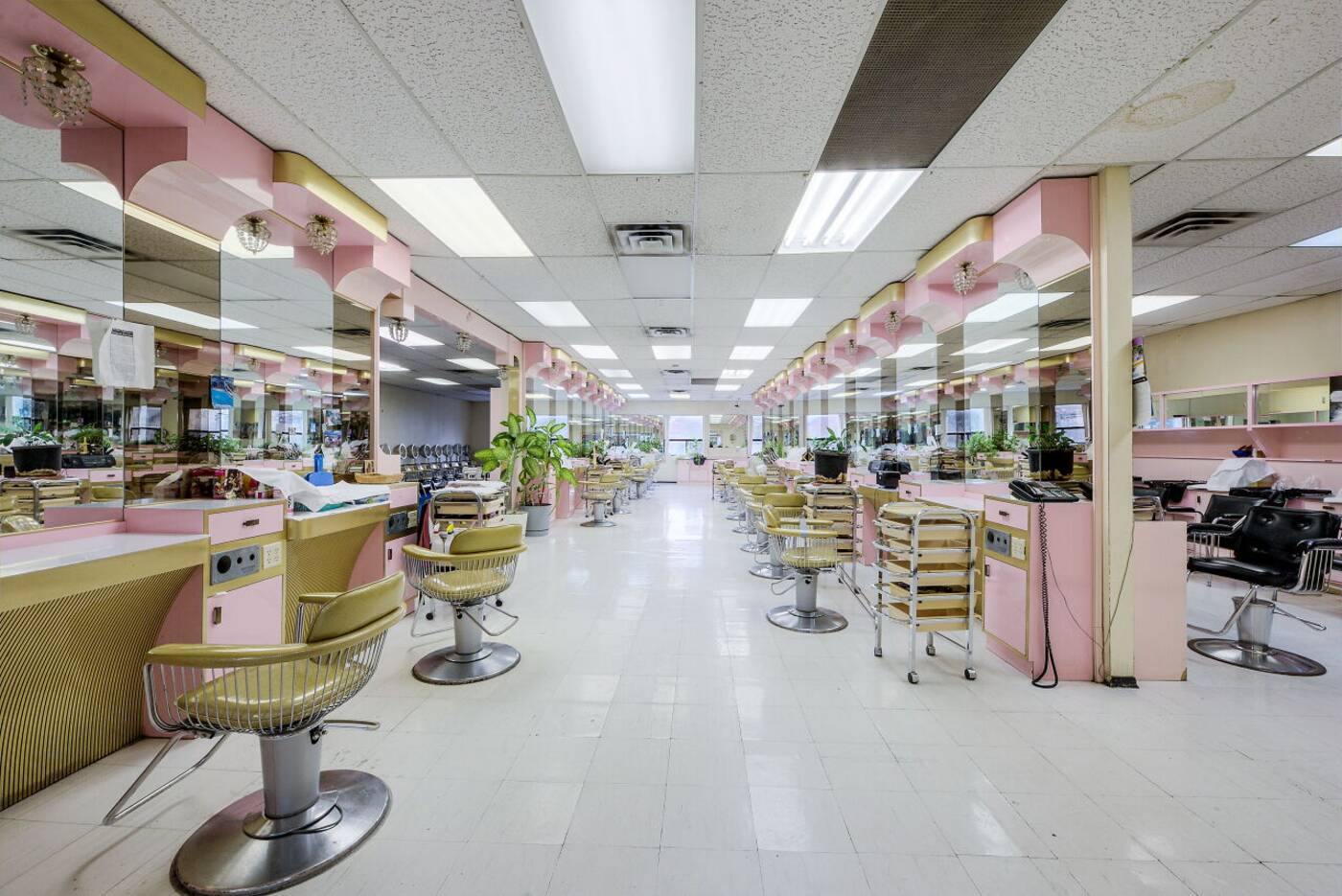 These businesses primarily cater to the Black communities of Toronto.

And within this particular stretch of Bathurst Street there are a large number of neighbouring businesses owned by and tailored to the Black communities of Toronto, thanks to the influx of immigrants from Jamaica and other Caribbean countries in the mid-1900s who settled there. 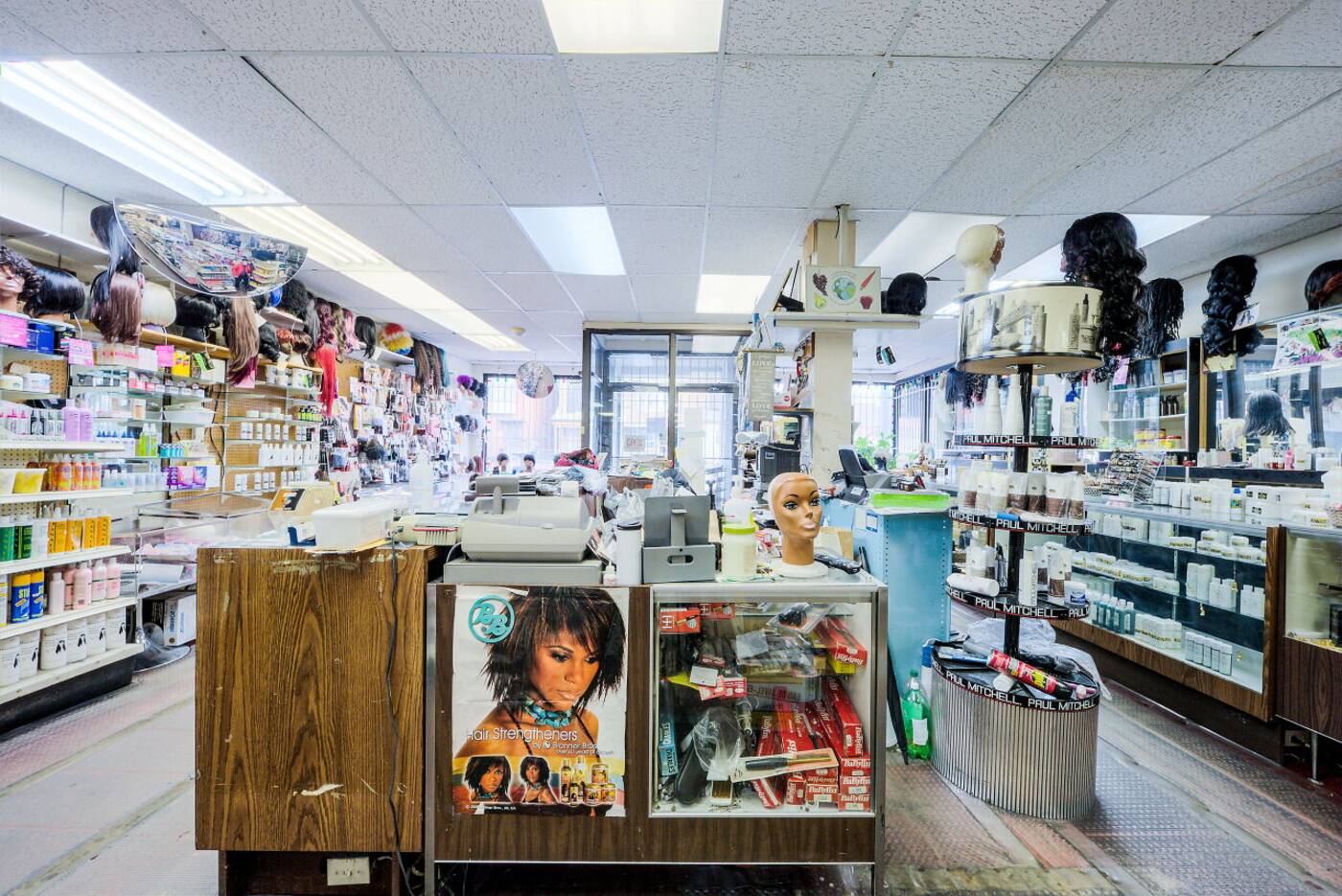 And as cool as the history of "Blackhurst" is, 860-864 Bathurst Street also has a noteworthy past.

According to Adam Wynne and the Architectural Conservancy of Ontario (ACO), the buidlings of 860-864 Bathurst Street were originally two-storey row houses in the late 1880s. 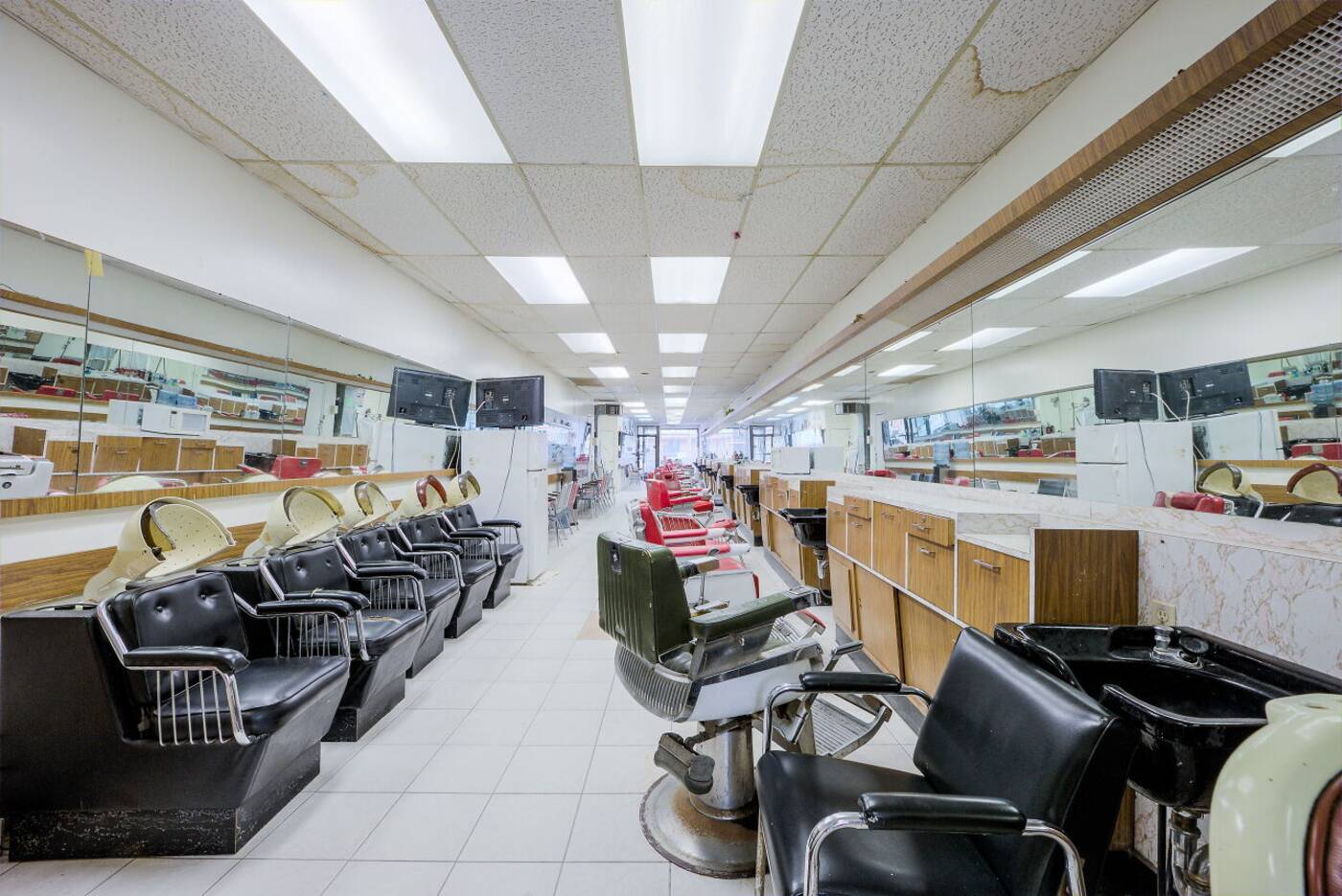 Another hair salon within the building.

They were home to George B. Robarts, a bookkeeper at Polson Iron Works; John Angus, a carpenter; and Frank and Sarah Grimsley, a brick-maker and machine operator, respectively. 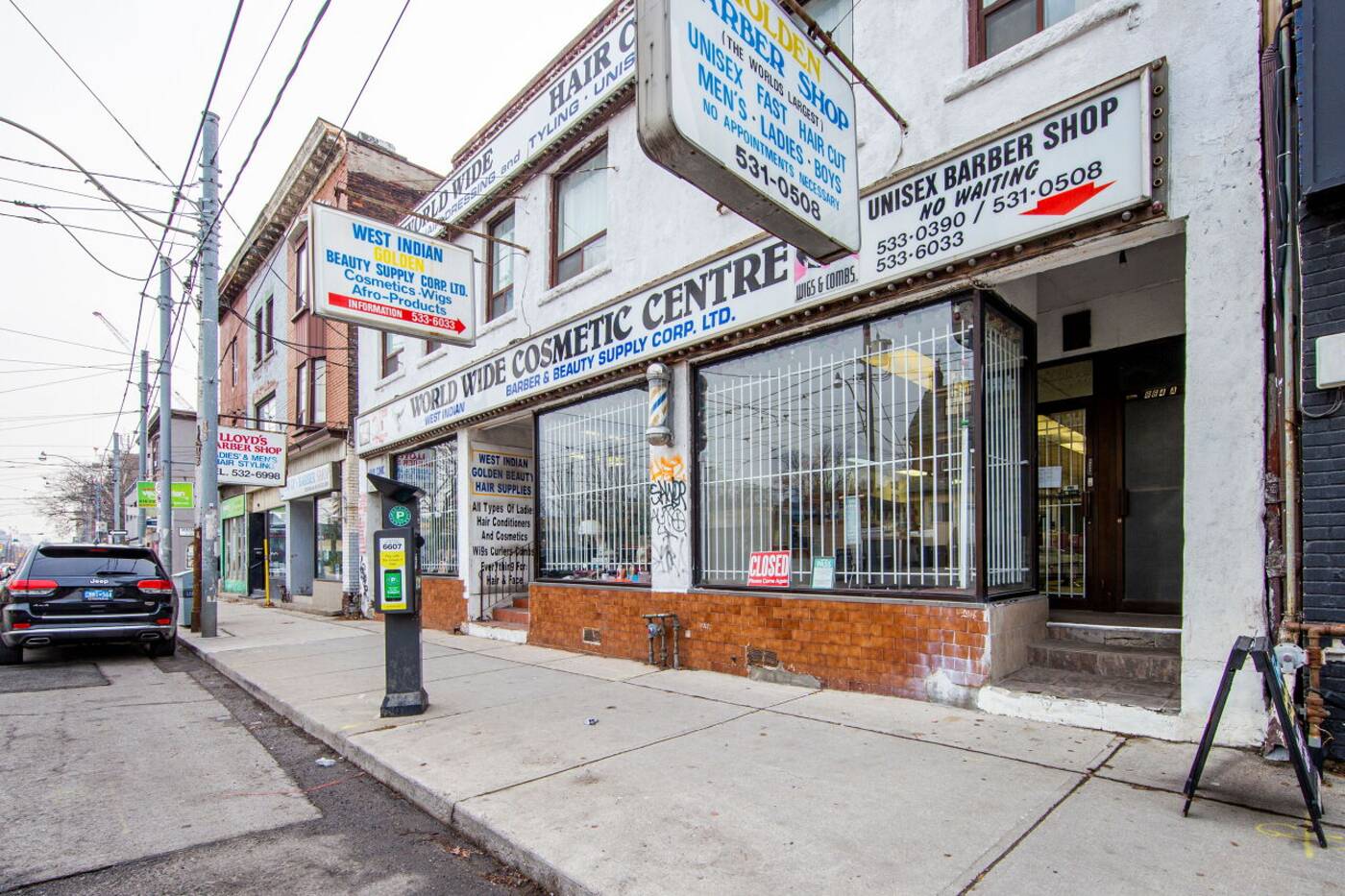 Today, you can still see the original roofline of the 1880s homes above the storefront addition, which was added sometime in the 20th century according to the ACO. 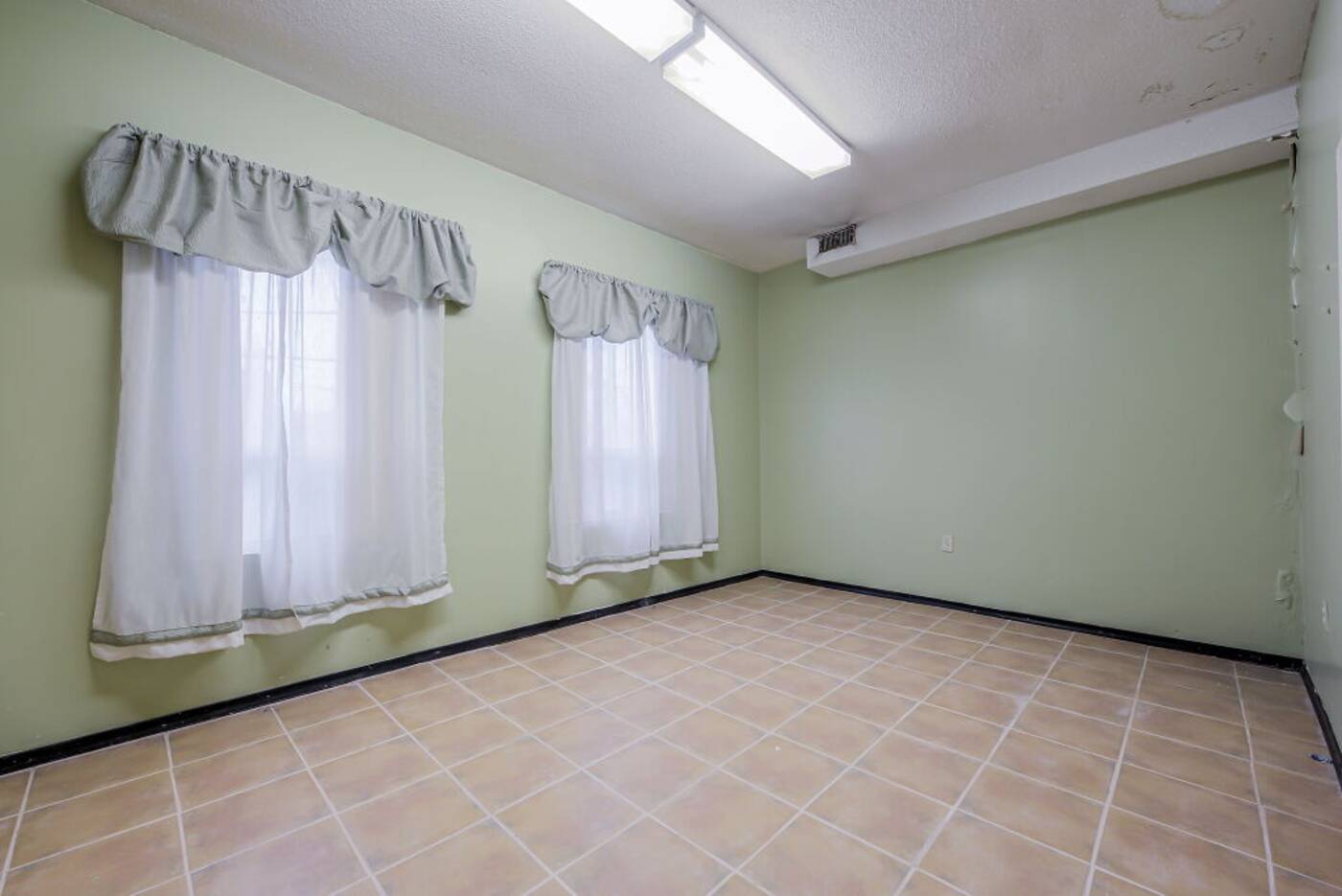 A room upstairs in the building.

In 1907, 862 Bathurst St. became home to F. Ottaway, who founded the Brotherhood of Painters, Decorators, and Paperhangers of America: No. 219, and the Painters' District Council — both of which were headquartered at the property, according to Wynne.

During the 1960s, 862 Bathurst St. was home to a Gordon W. Lightfoot – an employee at the Pullman Company – not the famous Canadian singer. 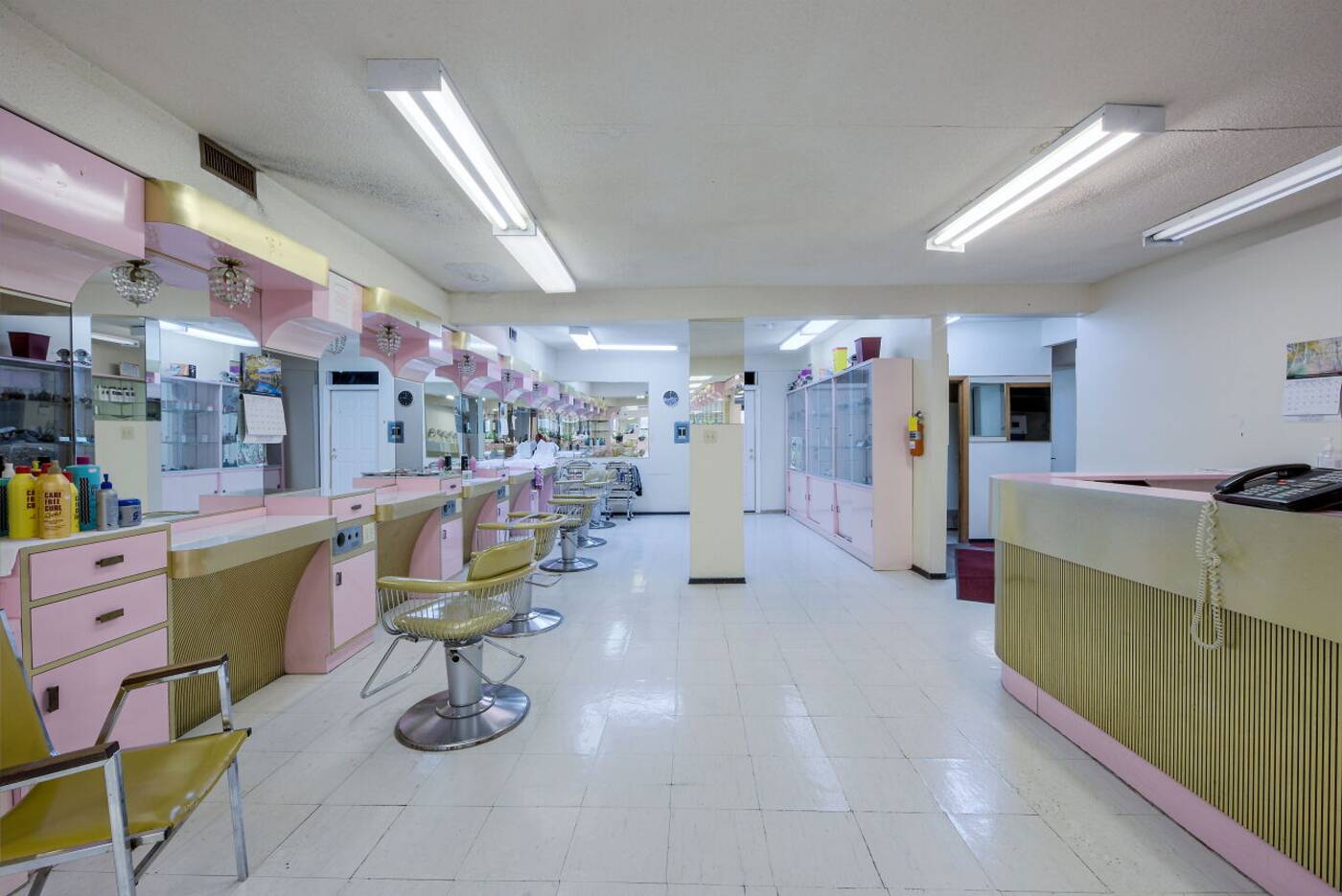 The building has changed a lot since its row house days. Not only was there the addition of storefronts but there's also been a large rear addition and internal consolidations that make the building what it is today. 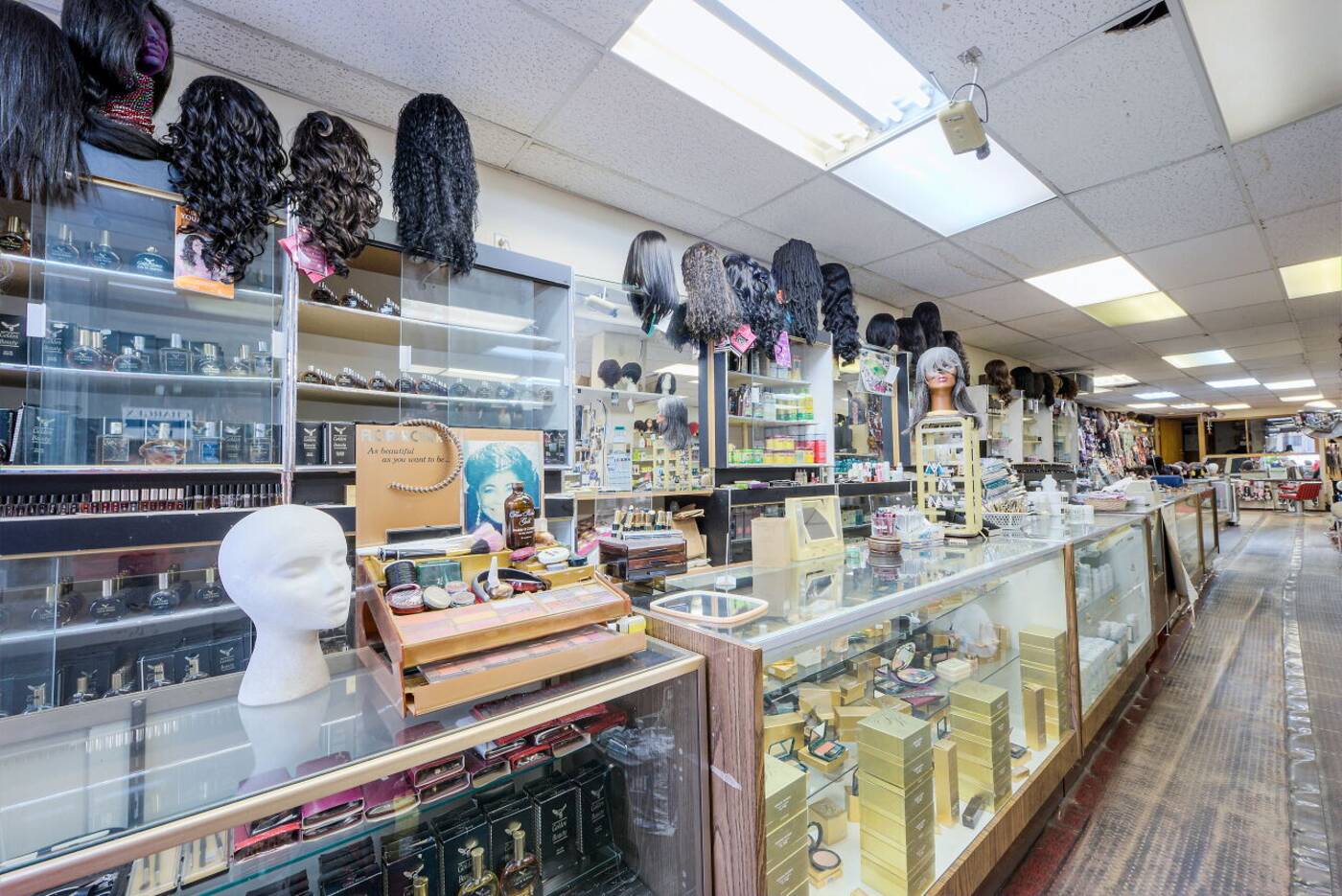 860-864 Bathurst offers almost 16,000 square-feet of space over all three levels of the building with a beauty supply store and barber shop on the main floor. 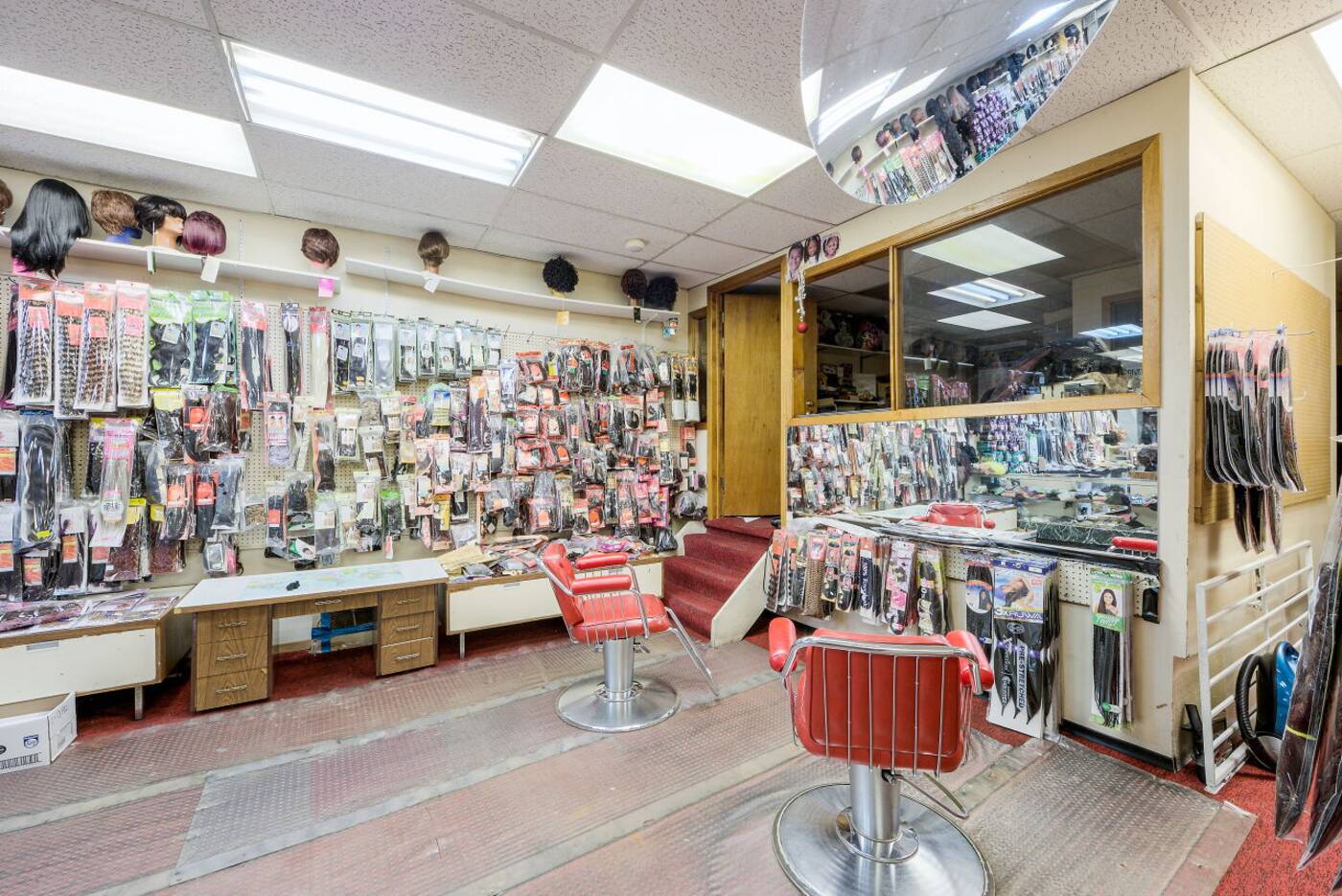 There's a hair dressing and makeup shop on the second floor and additional room in the basement. 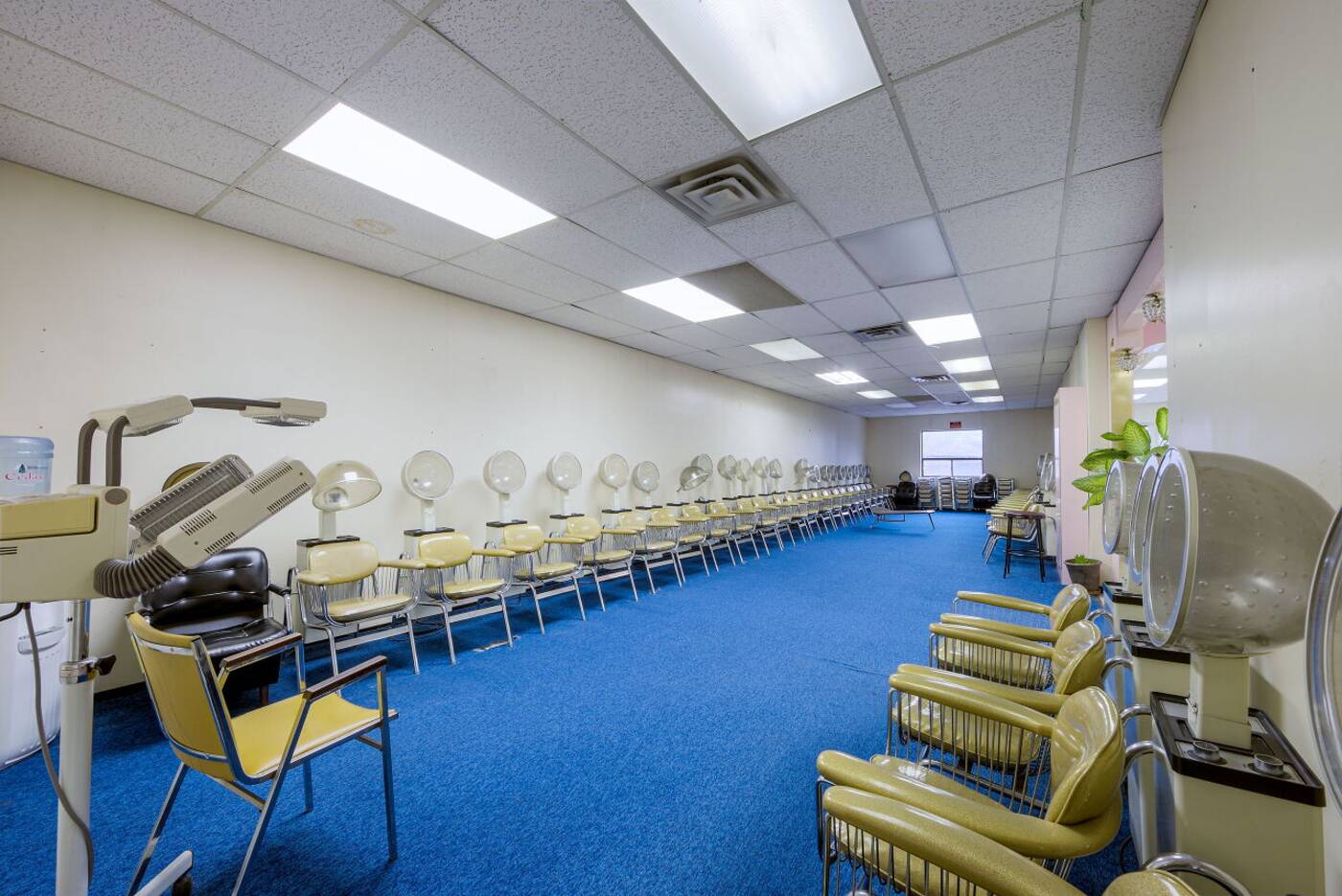 A hair salon in the building.

And sure, the building might not be the most glamourous historical building in Toronto but it still holds an important place in Toronto's history as well providing important space for the city's Caribbean community for decades. 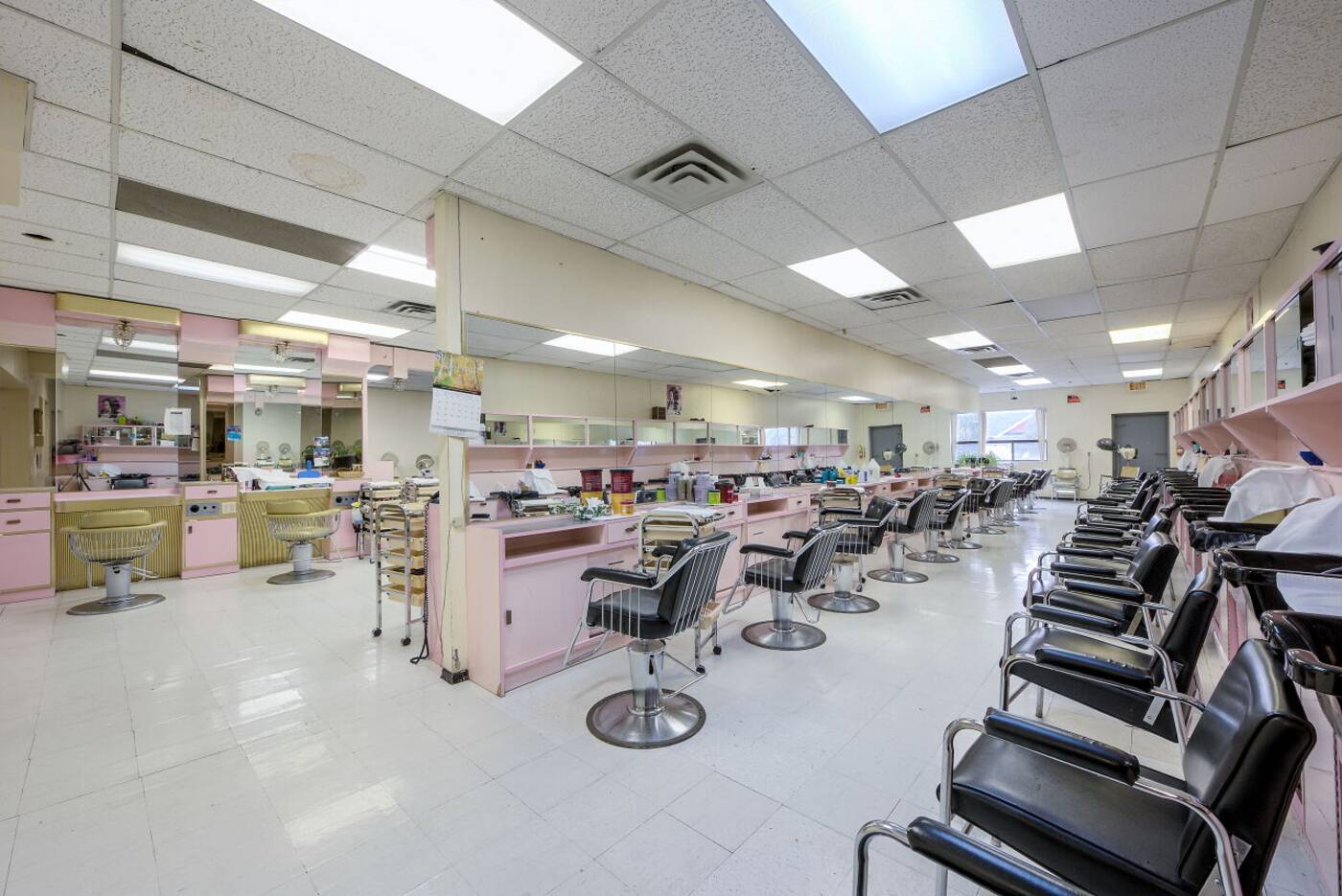 There's 5,500 square-feet of space on the second floor.

There are no current plans for the building that blogTO could find, but it would kinda be a shame if a condo development took over this spot. 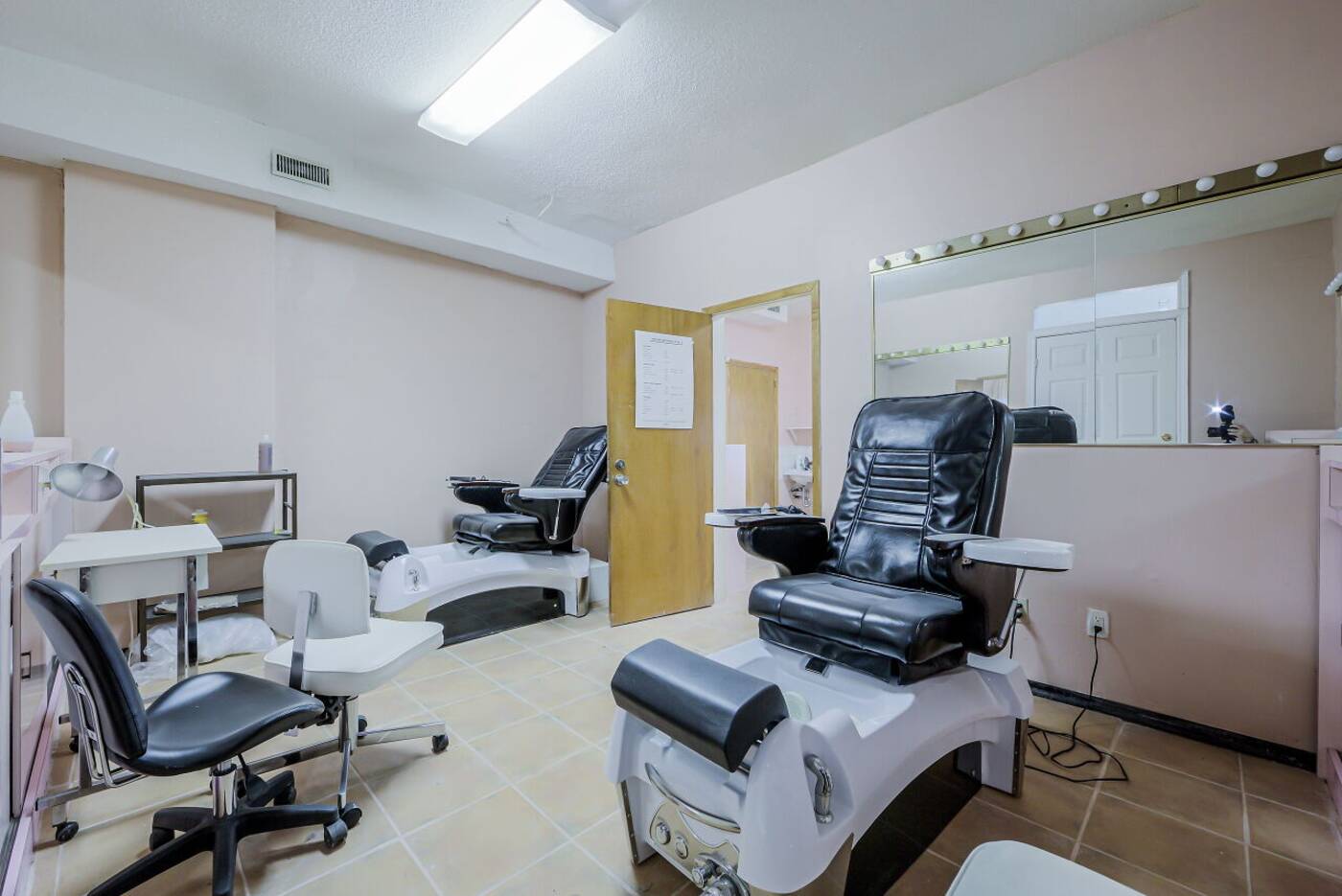 A spa room within the building.

Hopefully whoever ulitmately purchases the property does its history justice.