Another condo tower is in the works for a condo-packed pocket of midtown Toronto, and while locals have been known to recoil in terror at new developments proposed in the area, there are sure to be at least a few area residents welcoming this beautiful design to the neighbourhood with open arms.

A late April development application was submitted on behalf of developer KingSett Capital, seeking to build a 35-storey condominium tower at 214 to 224 Merton Street, located in the Yonge and Davisville area.

The proposal would mean the end of a trio of low-rise buildings on site, with plans to erect a BDP Quadrangle-designed tower in their place, rising to a height of almost 120 metres. 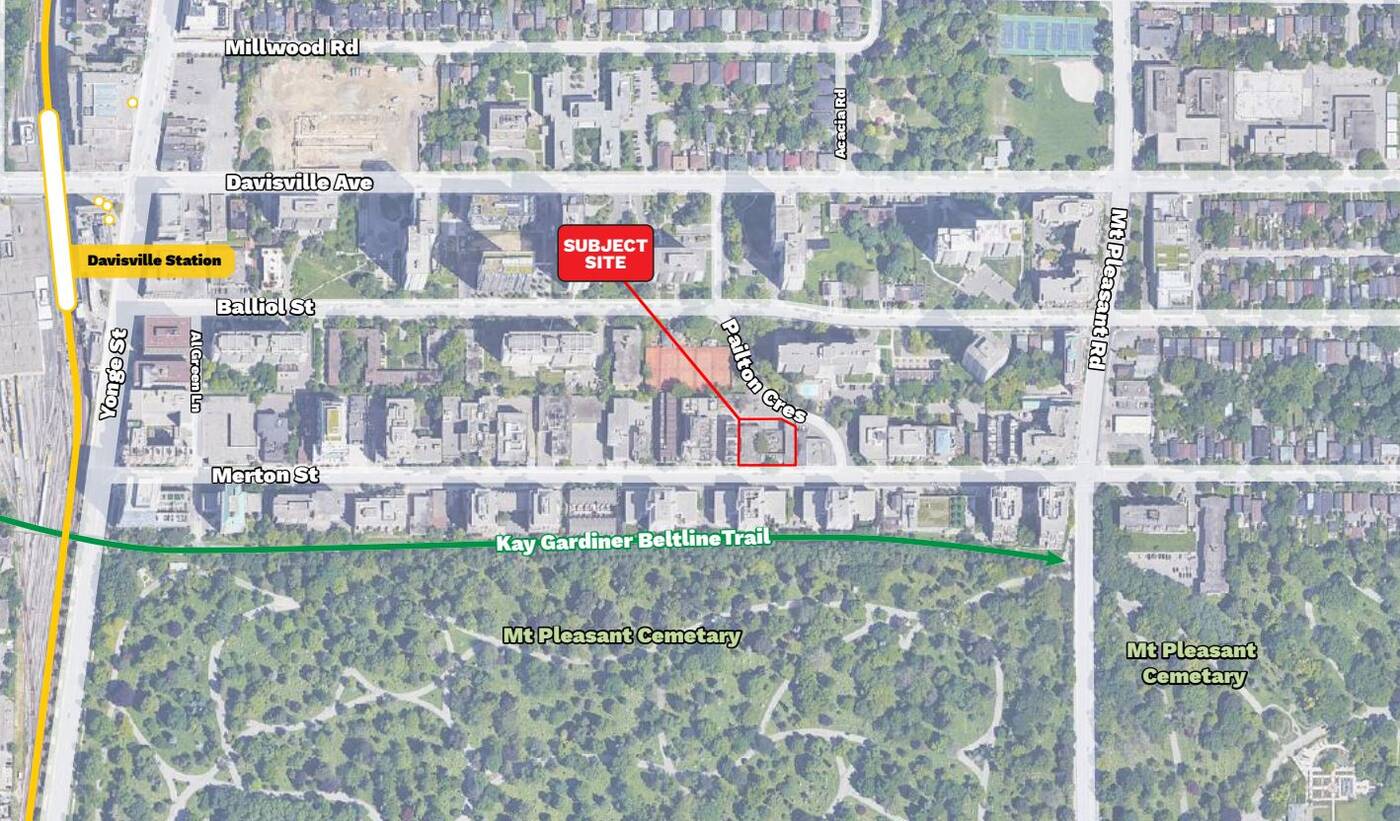 The building would include just over 25,661 square metres of space, with 25,208.5 of residential area accounting for over 98 per cent of the total. This would consist of 346 condominium units, broken down in a mix of 206 one-bedrooms, 104 two-bedrooms, and 36 three-bedroom units.

The remaining 452.7 square metres of floor area would be dedicated to ground-floor retail space along Merton Street.

Condos always get their fair share of hate in this city, but it's the design of this project that truly shines, especially for something proposed on a side street outside of downtown. 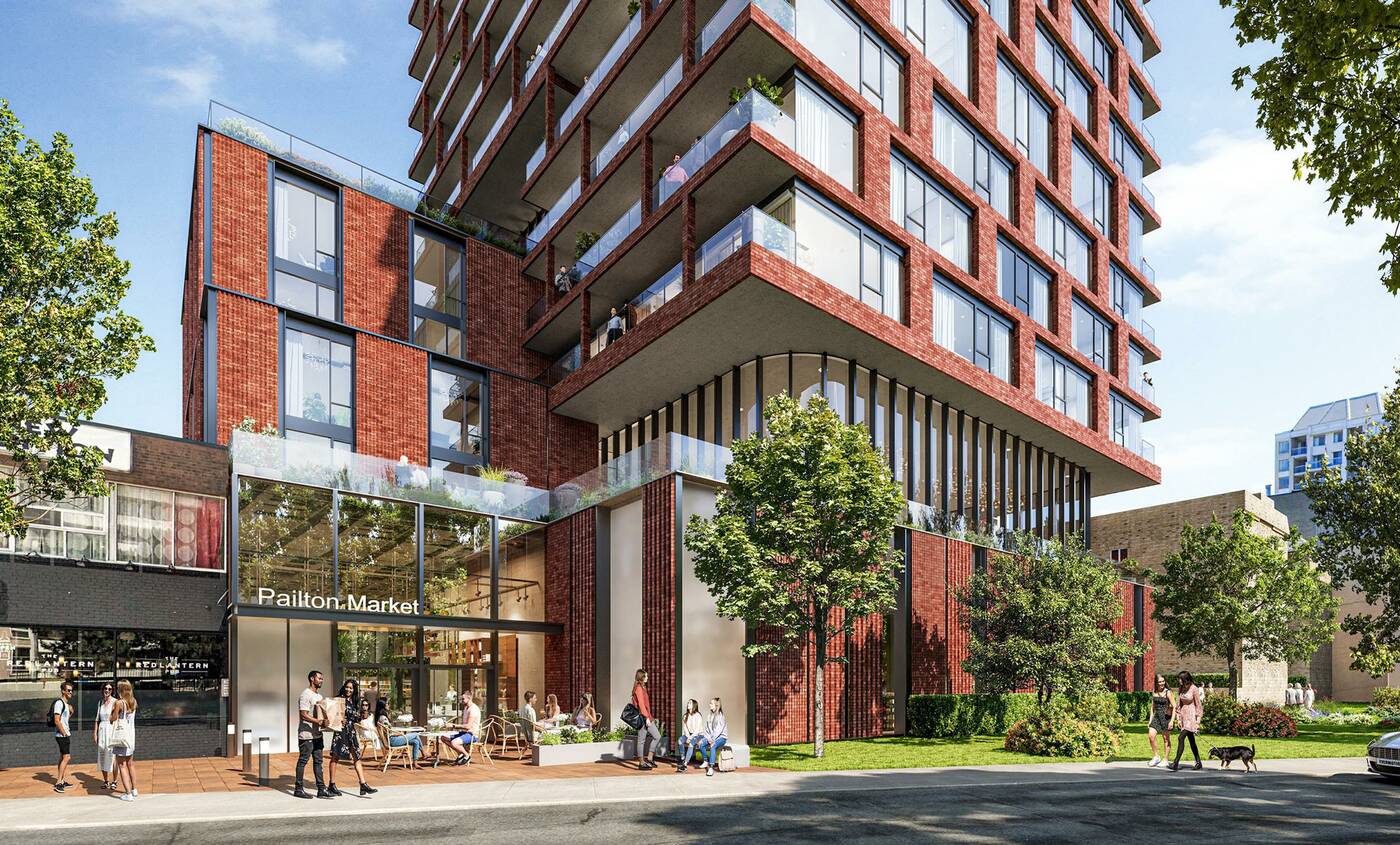 A brick-forward design features strong vertical piers for its three-storey base, the tower above divided from the podium by a curved glass reveal section. The upper floors feature more brick details, the cladding framing glass sections in a brick bond-style pattern.

Even if the look of the proposal isn't your cup of tea, its reliance on transit and cycling infrastructure will be a breath of fresh air for some.

Only 59 parking spaces are proposed for residents and visitors, while the majority will be expected to make use of 347 bicycle parking spaces within the development and Davisville subway station, located just a few hundred metres to the west of the site, for longer trips.

The proposal also aims to create new public spaces for the neighbourhood, with a three-metre-wide pedestrian connection planned to bypass the flatiron-shaped corner of Merton and Pailton. 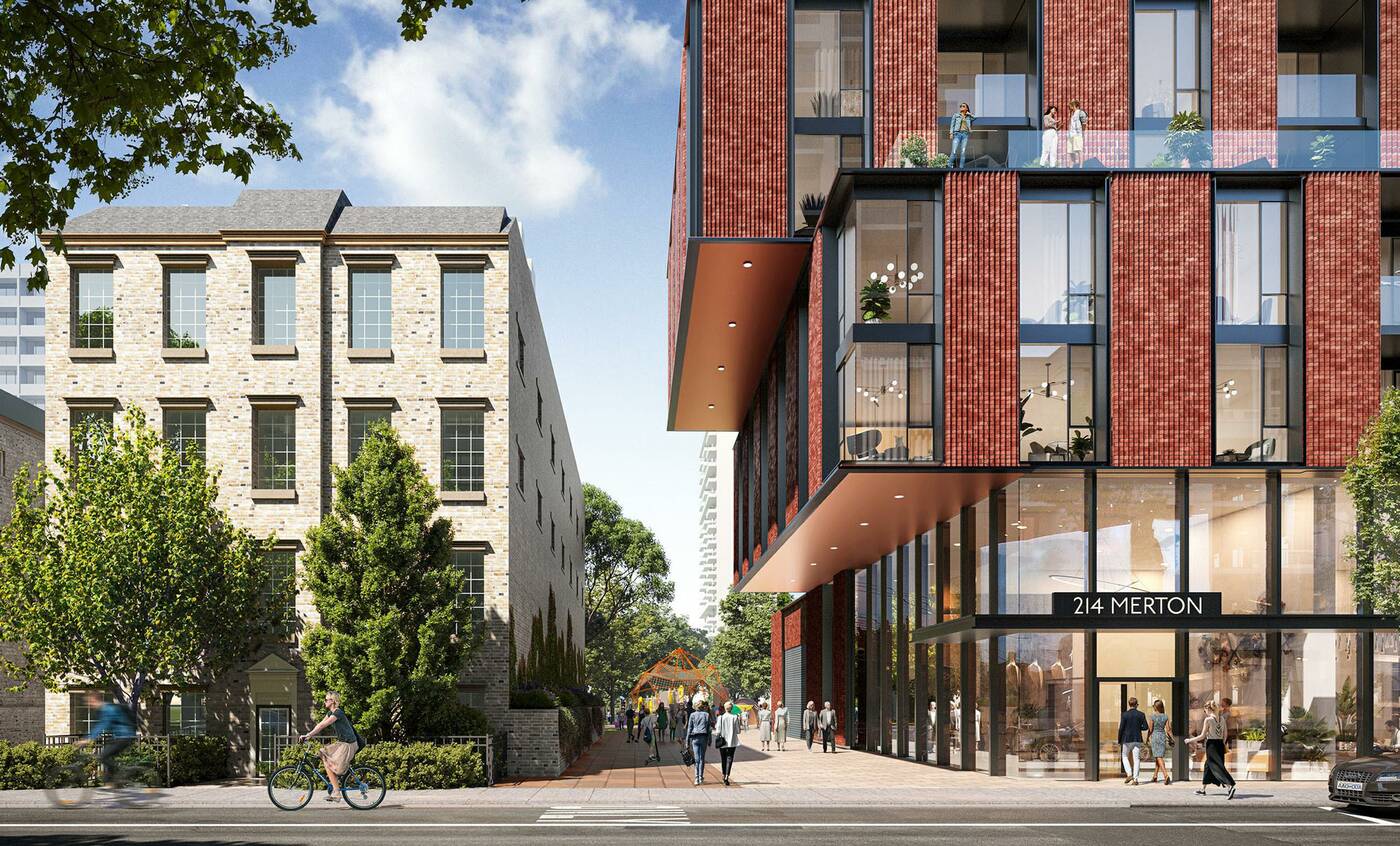 This new path would lead north to a proposed 371 square metre public park dedicated to the city by the developer. 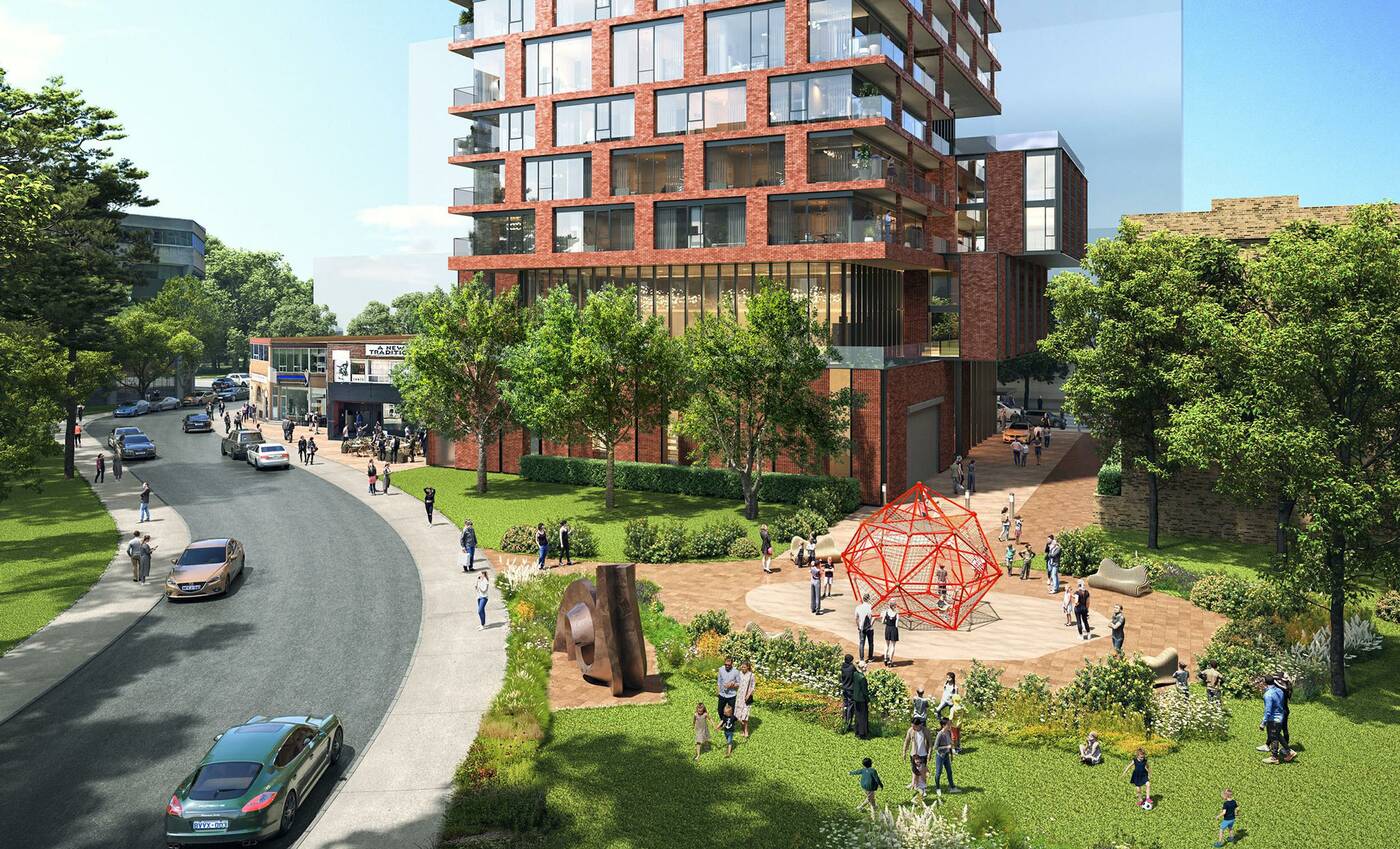 It may be a small parkland contribution, but the dedication would act as an extension of another park proposed as part of a nearby development at 185 Balliol Street.