A plan to tear down a group of houses and build a high-rise condo at 316 Campbell Avenue is advancing through the development pipeline, a recent re-submission with city planners detailing changes to the vibrant orange building coming to Toronto's Junction Triangle neighbourhood.

Tabled by developers Marlin Spring, Trolleybus Urban Development Inc. and Campont Developments roughly one year ago, the proposal initially called for a 28-storey tower, though the project has been scaled back in an updated plan from April 2022.

It's changed quite a bit in the last year, but like its predecessor, the current plan from architects Giannone Petricone Associates represents a very large and very orange change for an area set to experience a surge in residential density in the coming years. 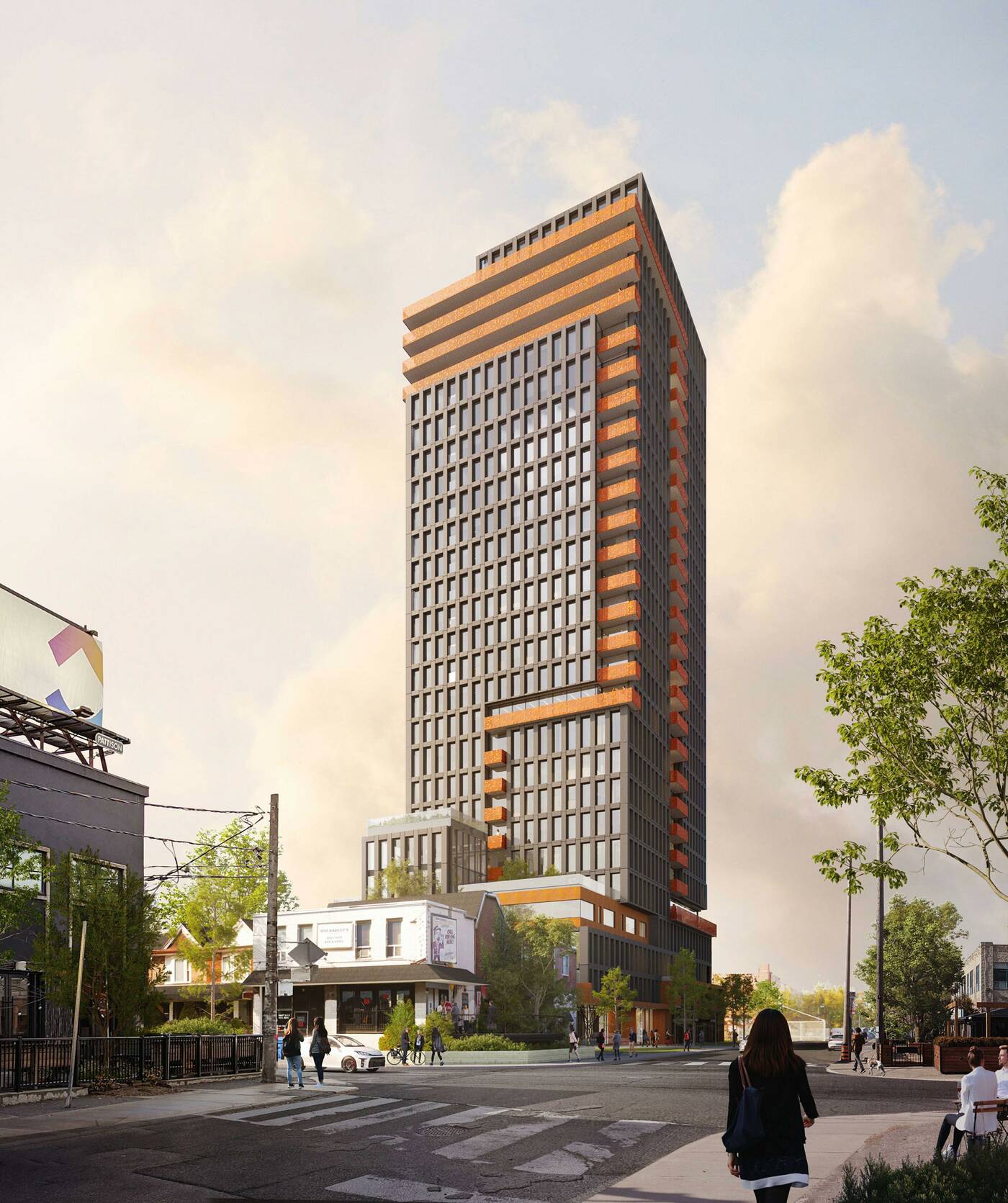 Aside from aesthetics, one of the most significant changes is a reduction in proposed height, cut down from 28 storeys and a height of 95.2 metres to 26 storeys with a height of 88.4 metres. Similarly, gross floor area has decreased in the updated proposal, falling from 21,678 square metres to 21,379 square metres.

Despite the reduction in height and area, the overall unit count has actually increased from 310 to 313. And while you'd think that more units translates to more condos, you'd be wrong.

The current plan proposes 283 condominium units, while adding on 21 desperately-needed affordable rental units, as well as nine rental units replacing ones that currently exist on site. This includes a reduction in the previously-proposed count of live-work units in favour of standard condo suites.

Other changes include the carving away of the previous proposal's angled southeast corner, sculpted to create a 140 square-metre privately-owned public space, which will facilitate a new east-west pedestrian connection to the south of the tower.

As with the earlier design, the project would replace all ten two-storey homes occupying a 24,649-square-foot site right behind pub Boo Radley's and across from Portuguese hotspot Piri Piri. Next door, the Royce Dupont Plaza at 321-339 Symington Ave. — home to Caldense Bakery — would remain untouched by the construction.