The 2015 Pan Am/Parapan Am games may feel like a distant memory, but the neighbourhood created to support the sporting event is a legacy that continues to grow in the 2020s.

In the years since the games, almost all of the remaining blocks have been built out within the original Pan/Parapan Athletes' Village, also known as the Canary District. All except for Canary Block 13, the last development site in the community.

A new application tabled with city planners in April details plans to bring a stunning 31-storey condominium complex to the site, with a design from Henriquez Partners Architects that looks unlike anything that exists in the city today. 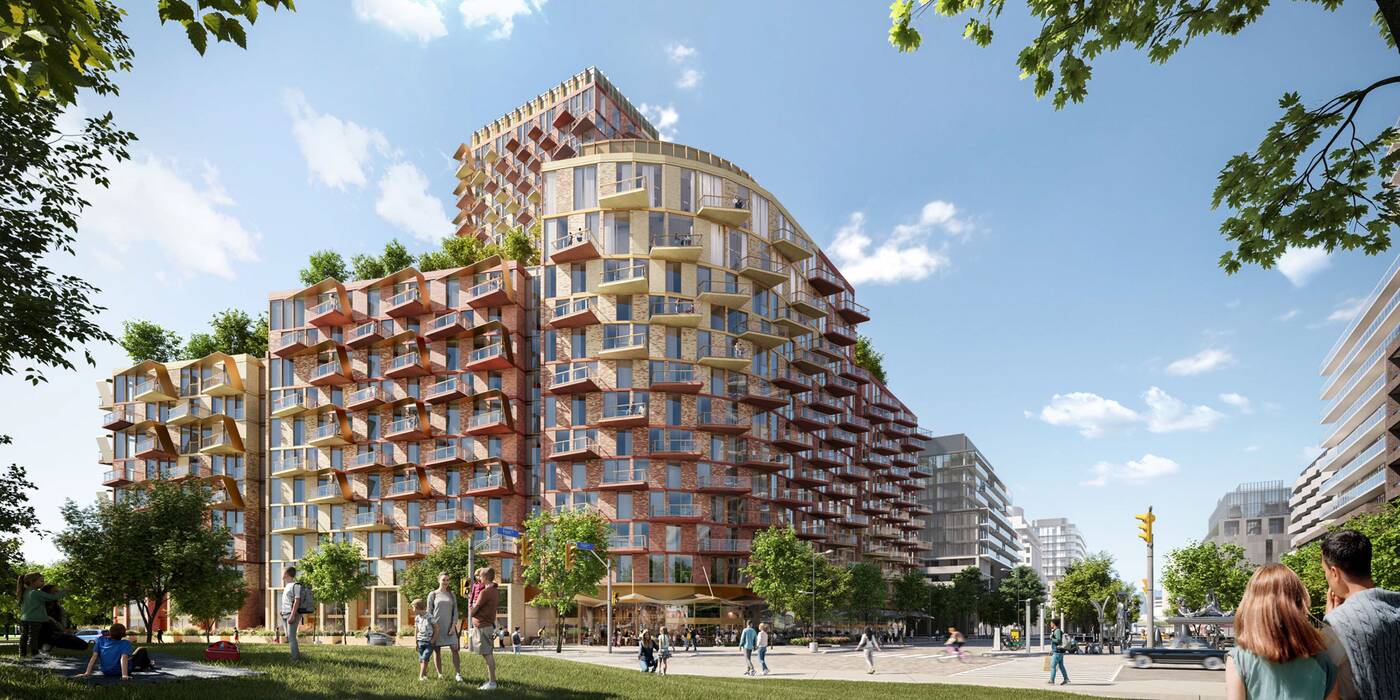 As with previous builds on the former Athletes' Village site, the proposal comes from the team of developers Dream and Kilmer Group, but its design is a clear departure — and dare I say improvement — from earlier additions to the District.

The building would rise from a ballpark-shaped footprint, or a diamond with one rounded corner for those not into baseball, directly across Bayview Avenue from Corktown Common.

It would take on a generally mid-rise scale along its Front Street East and Bayview Avenue frontages, with the tower placed to the southwest at the corner of Mill Street and Tannery Road. 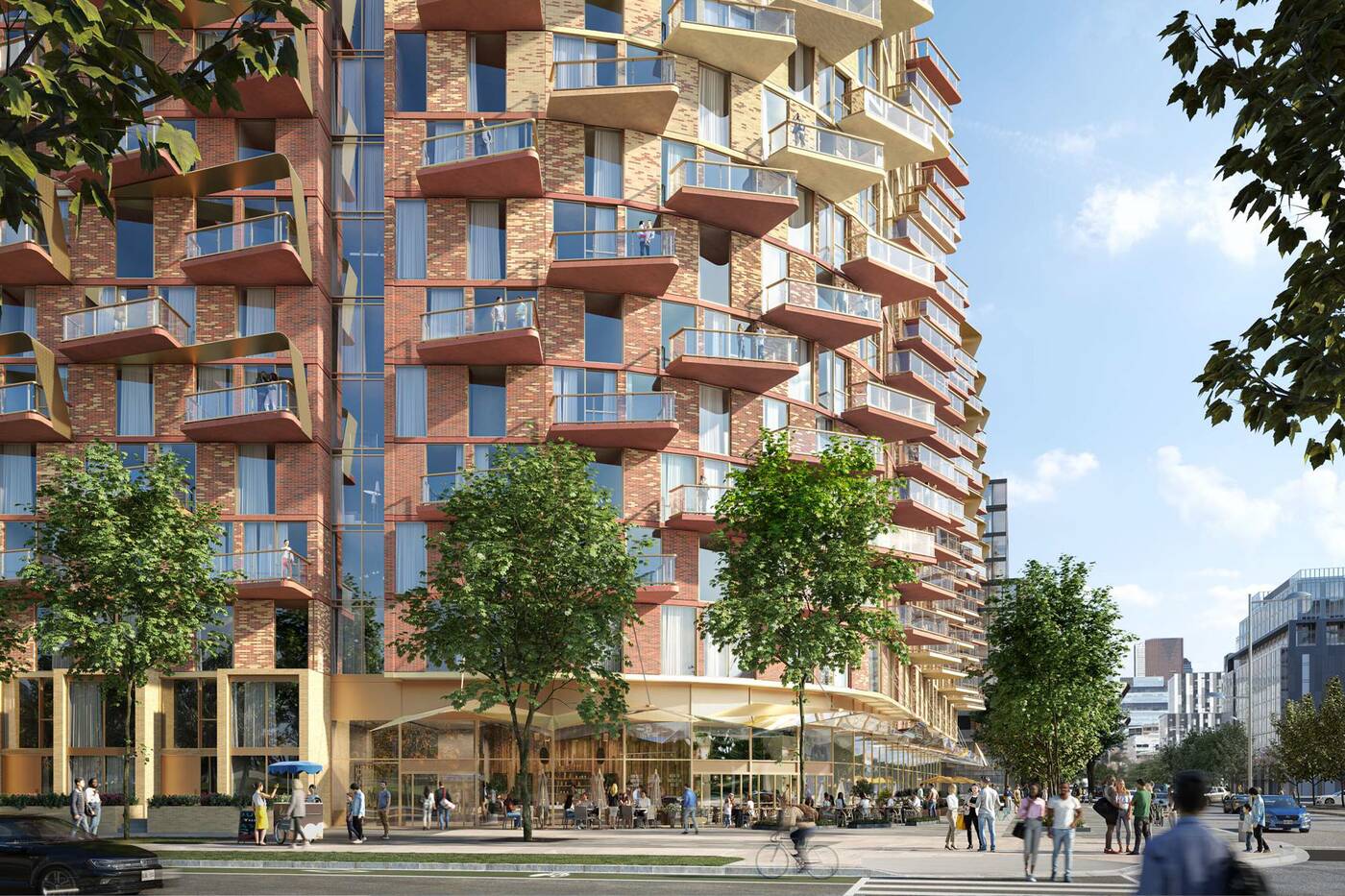 A close-up of the Canary Block 13.

Block 13 is proposed with 63,943.5 square metres of space, the majority dedicated to residential, occupying almost 98.5 per cent of the total floor area.

This would include 859 condominium units proposed in a mix of 35 studios, 491 one-bedrooms, 246 two-bedrooms, and 87 three-bedroom units. Among the three bedrooms, plans call for 45 two-storey townhouse units.

The ground floor would include 962.75 square metres of retail space, while a wide spill-out zone at the corner of Bayview and Front is envisioned as a potential spot for a future public art installation.

Similar to something you'd see in a city like Barcelona, the complex will have a void at its centre, its unconventional footprint framing a large outdoor courtyard space measuring 938 square metres.