There are a slew of ways to frame the dire landscape facing anyone hoping to own a home in Toronto, whether it's looking at how many times one's disposable income it would cost,  how long it would take the average resident to save up for one, or how much someone needs to make per year to cover the typical down payment and mortgage.

Looking at this latter quantifier really puts things into perspective now that it's hit such a staggeringly high figure: $228,100 for the average single-family home or $144,644 for the average condo as of the first quarter of this year, marking yet another huge jump. 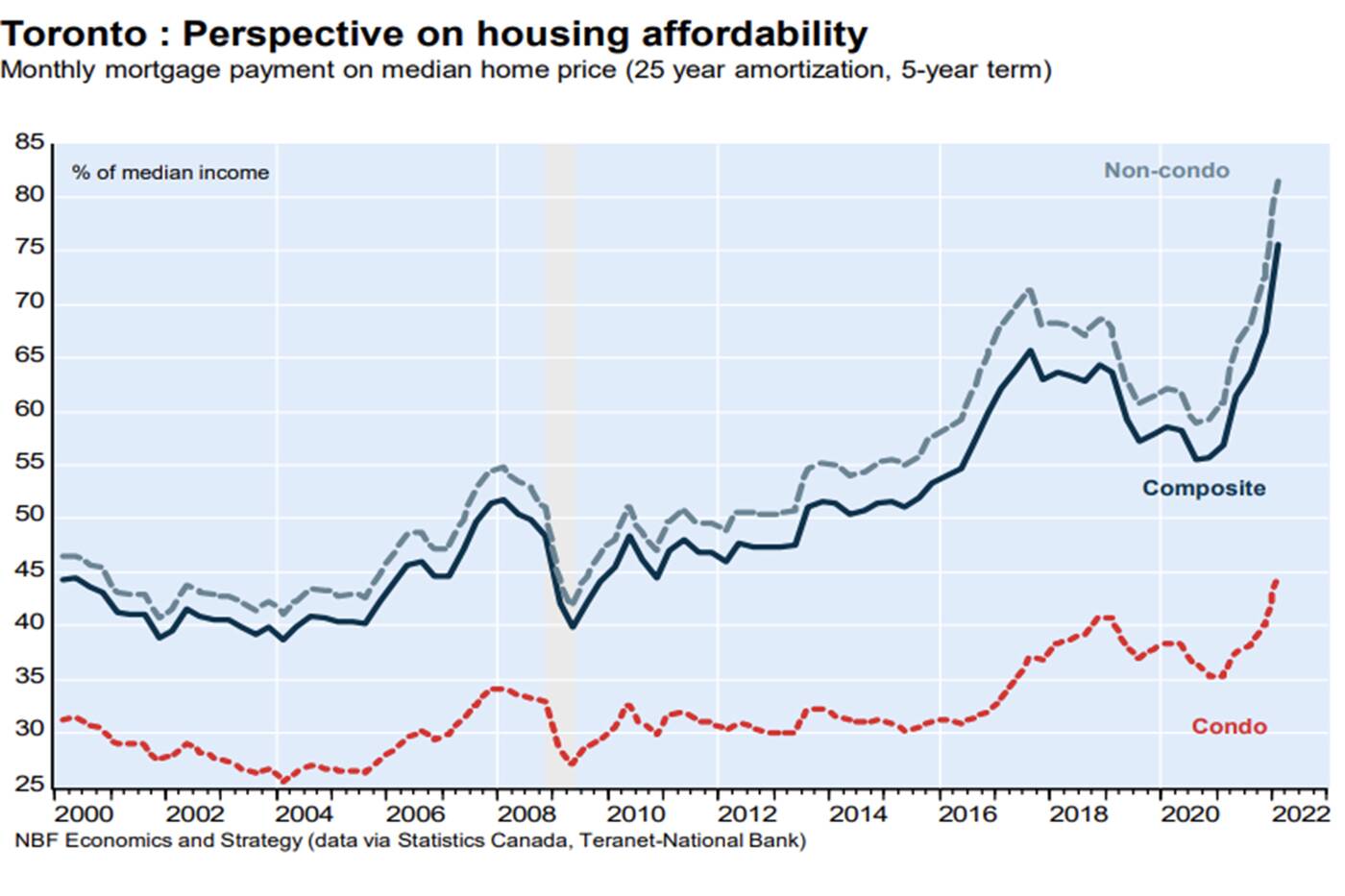 Prices have spiked to ludicrous levels in and around the city, pricing many people out if they plan on owning. Chart from the National Bank of Canada's Q1 2022 Housing Affordability Monitor.

The National Bank of Canada regularly assesses all of the above metrics, and they have consistently risen over numerous quarters, with mortgage payments now accounting for approximately 81.5 per cent of a household's income for a non-condo, or 44.2 per cent for a condo — numbers that are substantially up (by 8.9 and 4.2 per cent, respectively) from the last time they were assessed.

As the bank notes in its latest report on the subject, the country at large is in the "worst decline for housing affordability in a generation," especially in Toronto, Victoria and Vancouver.

You'd have to earn a lot of money per year and save for many years to be able to afford the typical home in the city. Chart from the National Bank of Canada's Q1 2022 Housing Affordability Monitor.

"In Toronto, the first quarter of 2022 was marked by the highest quarterly deterioration in affordability since 1994," the Q1 2022 Housing Affordability Monitor reads.

"Both the condo and non-condo segments registered steep declines in housing affordability as prices respectively grew 5.6% and 7.4% during the quarter and interest rates climbed, pressures that an income increase of 0.8% could not offset."