Anyone who lives in the vicinity of Toronto is familiar with the city's runaway housing market, but it appears that the whole province is becoming increasingly too expensive for its own residents.

While some GTA suburbs and small towns further out may still have somewhat affordable housing, prices are rising fast in even more remote locales like Sault Ste. Marie 700-km away, and Windsor, which is a four-hour drive away from T.O.

With the lowest housing stock of all provinces and some of the highest actual prices, Ontarians now have to give over more of their hard-earned money to purchase the average home in the province, according to new numbers from Mortgage Professionals Canada's latest State of the Housing Market Report for the nation.

Though individuals' disposable incomes and savings "remained strong in 2021," the report notes, housing in Ontario will now cost a whopping 22.5 times the average resident's disposable income — more than any other province when looked at in this way. 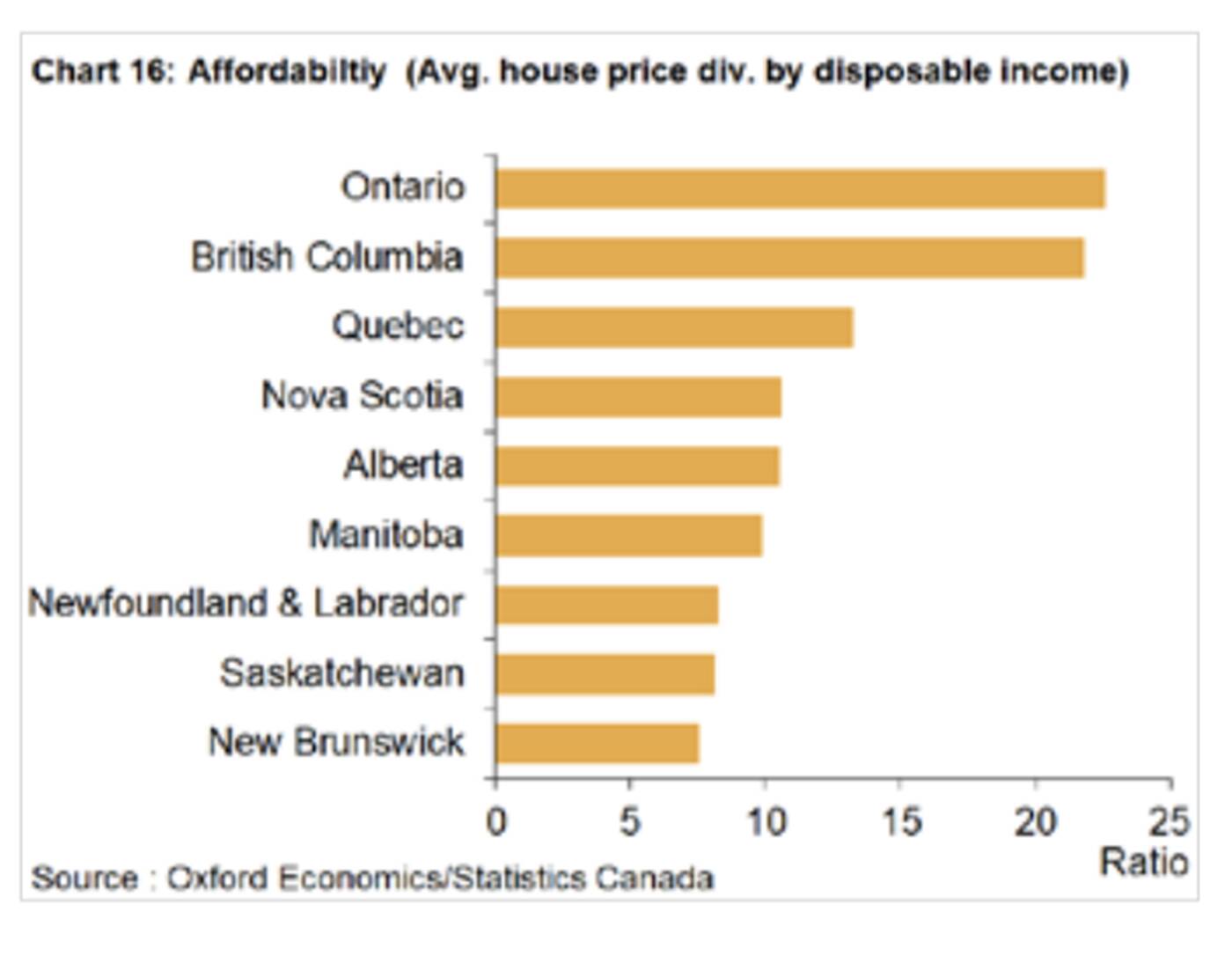 The average Ontario home will cost more disposable income earned by a resident than a home in any other province. Graph from Mortgage Professionals Canada.

Based on the data from Oxford Economics and Statistics Canada, the west coast is a close second, with the average home anywhere in B.C. now costing 21.8 times the income of the average local.

In somewhere like New Brunswick, on the other hand, a home costs only around 7.5 times the income of a typical citizen of the province.

"Strong house price growth has led to a substantial deterioration in affordability, even despite strong income growth last year," the report notes of real estate across the entire country.

The experts also state that they "expect disposable income growth to weaken as wage growth slows and pandemic supports wane," meaning that things are due to get even worse for would-be homebuyers as prices are simultaneously expected to go up.

No wonder so many Toronto residents feel that they'll never be able to afford a home here and that they'll be renting forever, while most Canadians in general can no longer keep up with the cost of living.