The Cumberland Terrace complex in Yorkville is already set to see some significant changes in the coming years with the addition of three soaring residential towers, and it looks like the complex's flagship building at 2 Bloor Street West is also about to get some love.

The 34-storey, 430-square-foot office tower has been a fixture at the northwest corner of Yonge and Bloor since 1972, and while it got a refresh back in 1986, owners KingSett Capital are pressing forward with another modernization that will completely alter the look and feel of the tower's base.

Podium renovations at 2 Bloor West will give the tower base a new look with vast expanses of glass and a prominent new tenant occupying the high-traffic corner.

KingSett Capital has announced that Canadian retailer Lululemon will open one of its largest stores at 2 Bloor West in 2024, the location spanning 12,100 square feet across three floors, including the below-grade concourse level connecting directly to the Bloor-Yonge TTC station.

The retailers will be ditching their current location nearby at 153 Cumberland Street, the new site offering nearly four times the current store's 3,067 square feet of space. 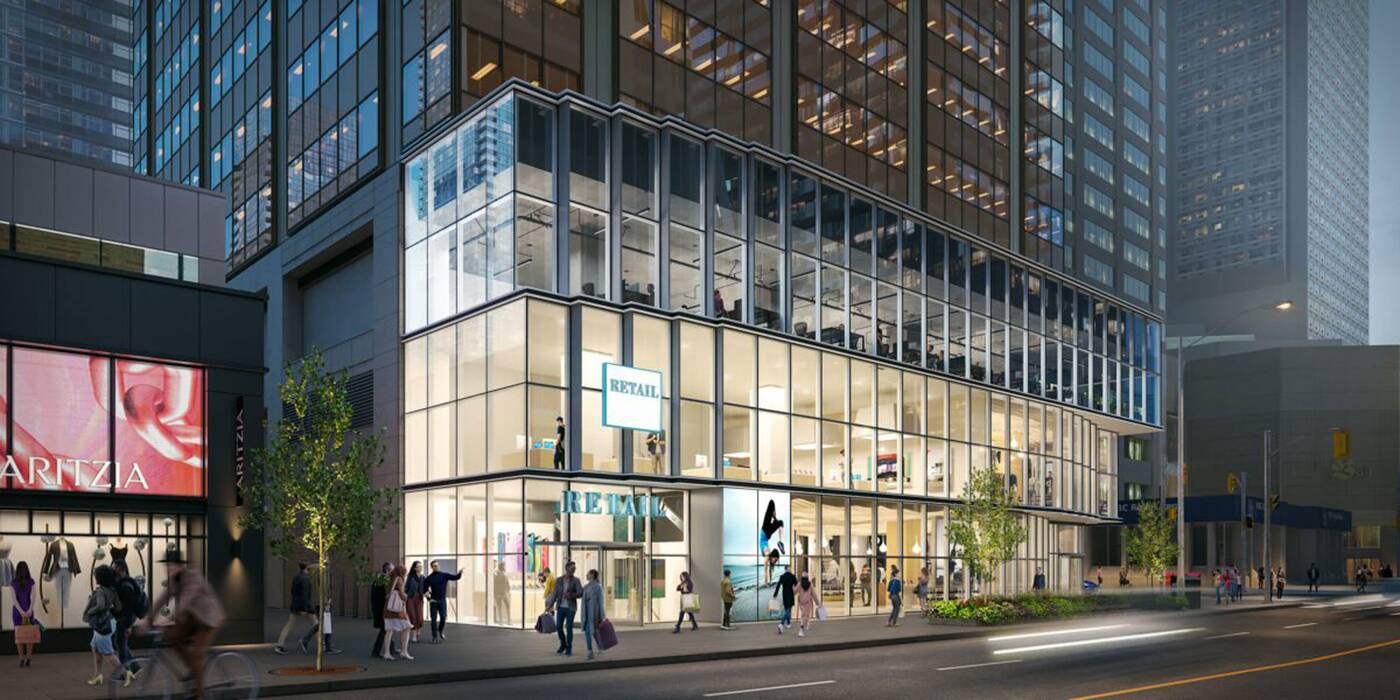 Lululemon's newly revealed presence at the corner of Yonge and Bloor comes just a few months after news that 2 Bloor West's previous podium flagship tenants, Swarovski and Talbots, had closed to allow the start of the podium renovations.

The recent start of the 2 Bloor West renovations is really just the first chapter in the complex's long-term regeneration.

While the existing office tower will remain, the rest of the Cumberland Street block between Yonge and Bay is planned to be built out, with Giannone Petricone Associates-designed towers rising 75, 64, and 50 storeys.