Plans to redevelop the Cumberland Terrace complex in Yorkville have been evolving since 2018, and a new application tabled with the city towards the end of 2021 is revealing new details about the sky-scraping towers that will replace the KingSett Capital-owned shopping complex.

Designed by Giannone Petricone Associates, the project — known as Cumberland Square — will bring a trio of towers to the block of Cumberland Street between Yonge and Bay, with heights of 75, 64, and 50 storeys.

The shorter pair of towers (known as buildings A and B) are planned to rise at the west end of the site from the corner of Bay and Cumberland, joined by a 13-storey shared podium hosting a lavish outdoor rooftop amenity space. These would be constructed as a separate first phase and are not included in the most recent December 2021 submission. 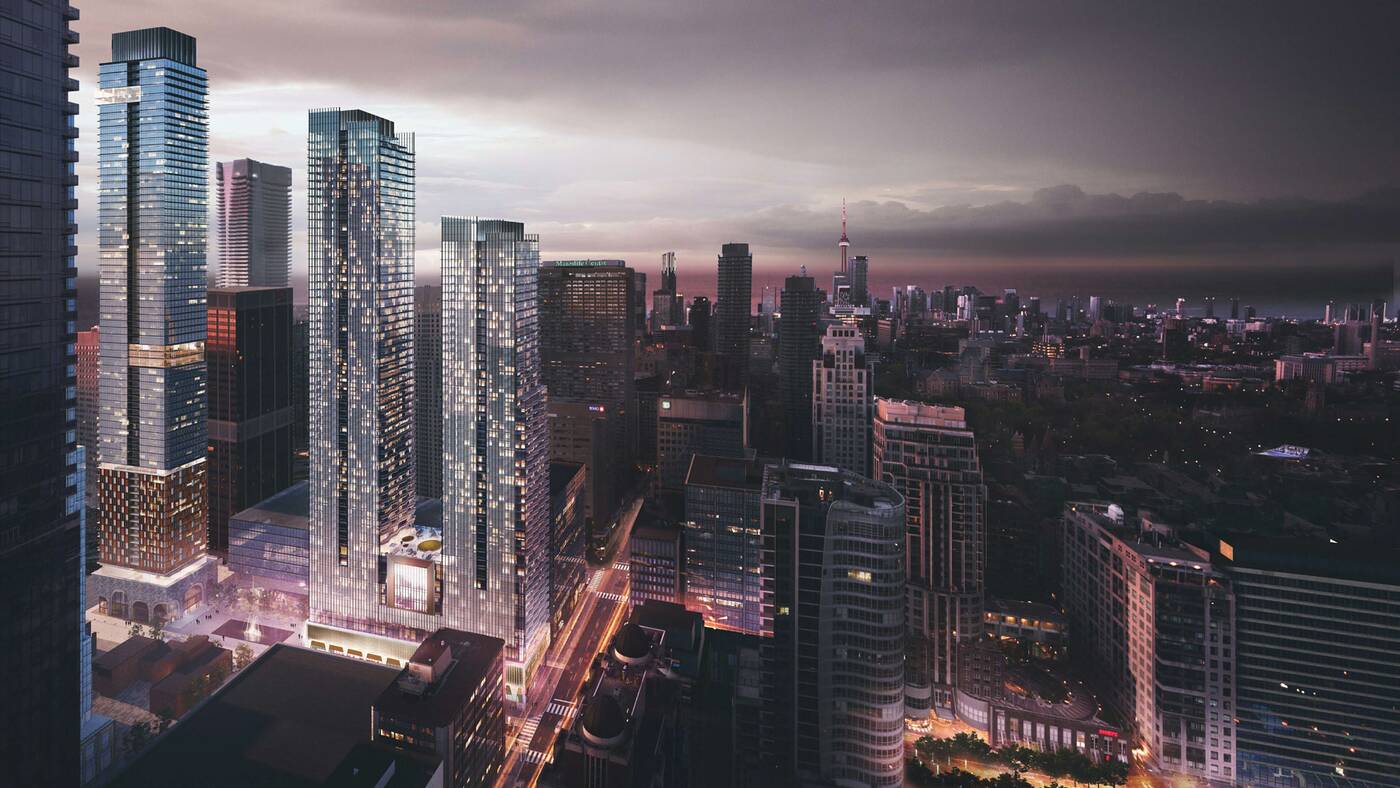 The latest application instead focuses on the much taller second phase building to the east, following the parameters set out in a previously-approved zoning by-law amendment for the site.

Divided from the first phase by a new public park, the second phase, known as Tower C, will tower over the corner of Yonge and Cumberland, rising 75 storeys to a height of 254 metres.

Not including the hundreds of additional units planned in the pair of towers to the west, this second phase building would bring 725 condominium units to the rapidly-intensifying Yorkville area, broken down in a mix of 106 studios, 308 one-bedrooms, 239 two-bedrooms, and 72 three-bedroom units.

While the posh condos within will probably only be accessible to the wealthiest, the public spaces down at pedestrian level will add new life to the area.

Replacing the current building's monotonous featureless expanse, the new towers will be broken up by Janet Rosenberg + Studio-designed public spaces including a large public square planned with a fountain and reflecting pool, a canopy of string lighting, and connections to a concourse level and Bay subway station below.

Despite the impressive plans for street-level, anyone familiar with the project's early stages may have noticed that the current plans, while similarly tall, appear much less ambitious than the sculptural massings with dramatic cantilevers and pitched rooflines seen in previous submissions. 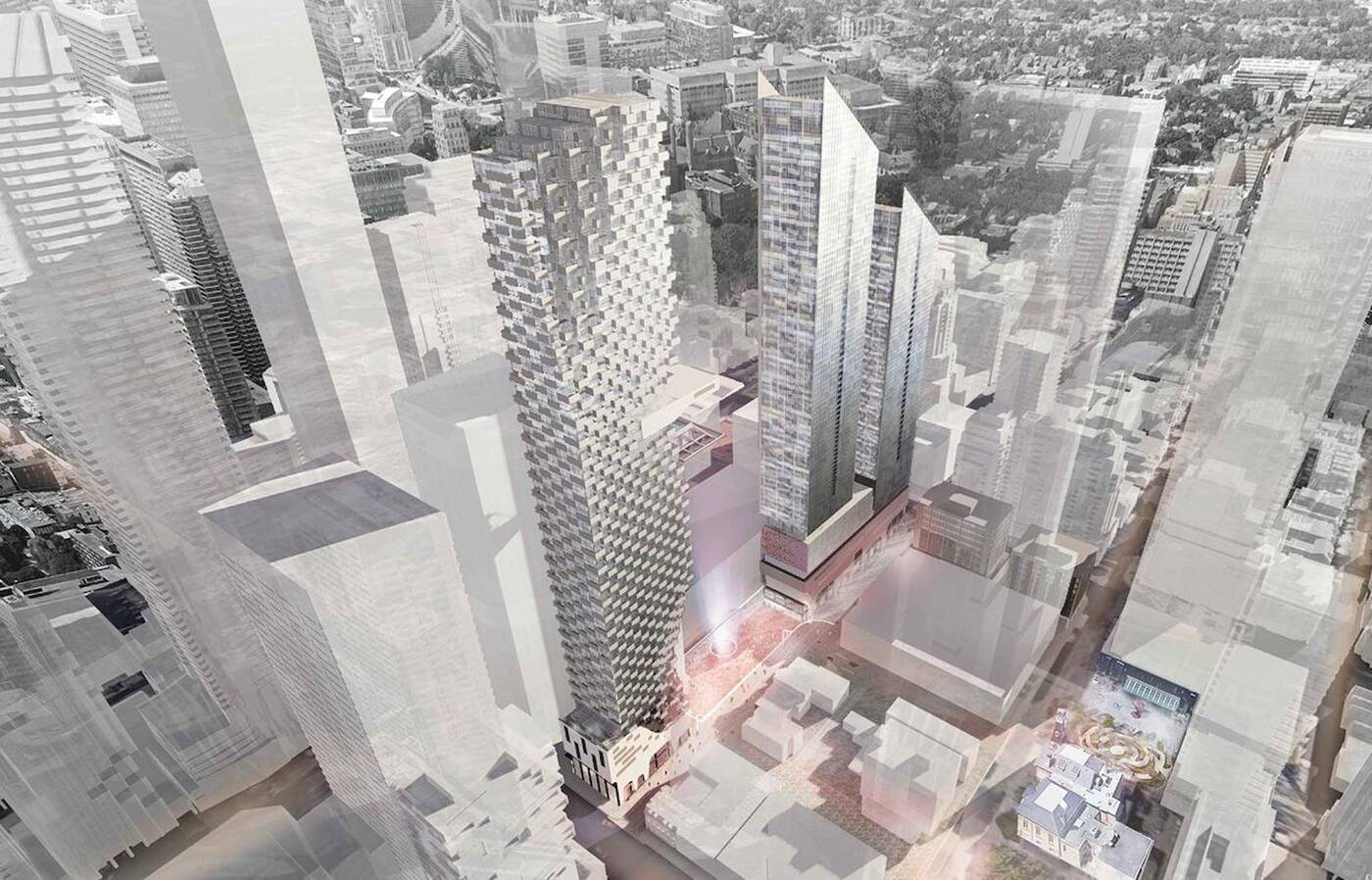 Though the current plan is far from the landmark promised in the early stages, the tower at the corner of Yonge and Cumberland is still quite tall. If completed today, it would stand as the seventh-tallest in Toronto.