Love them or hate them, the condo has become the dominant housing typology in Toronto's urban core, and based on the long pages of proposals and hundreds of cranes dotting the skyline, it doesn't look like the condo craze will be going away any time soon.

Many low-rise blocks of the city that have been insulated from condo development are now finding themselves in the crosshairs of developers, including a block extending from the northeast corner of Queen and Church that has been gradually hemmed in by high-rises in recent years.

Tridel and Bazis are planning a redevelopment of 60 Queen Street East, the pair of condo developers scooping up the block of properties a few years earlier, and recently unveiling the branding of their new project, dubbed QueenChurch for the intersection it will tower above. 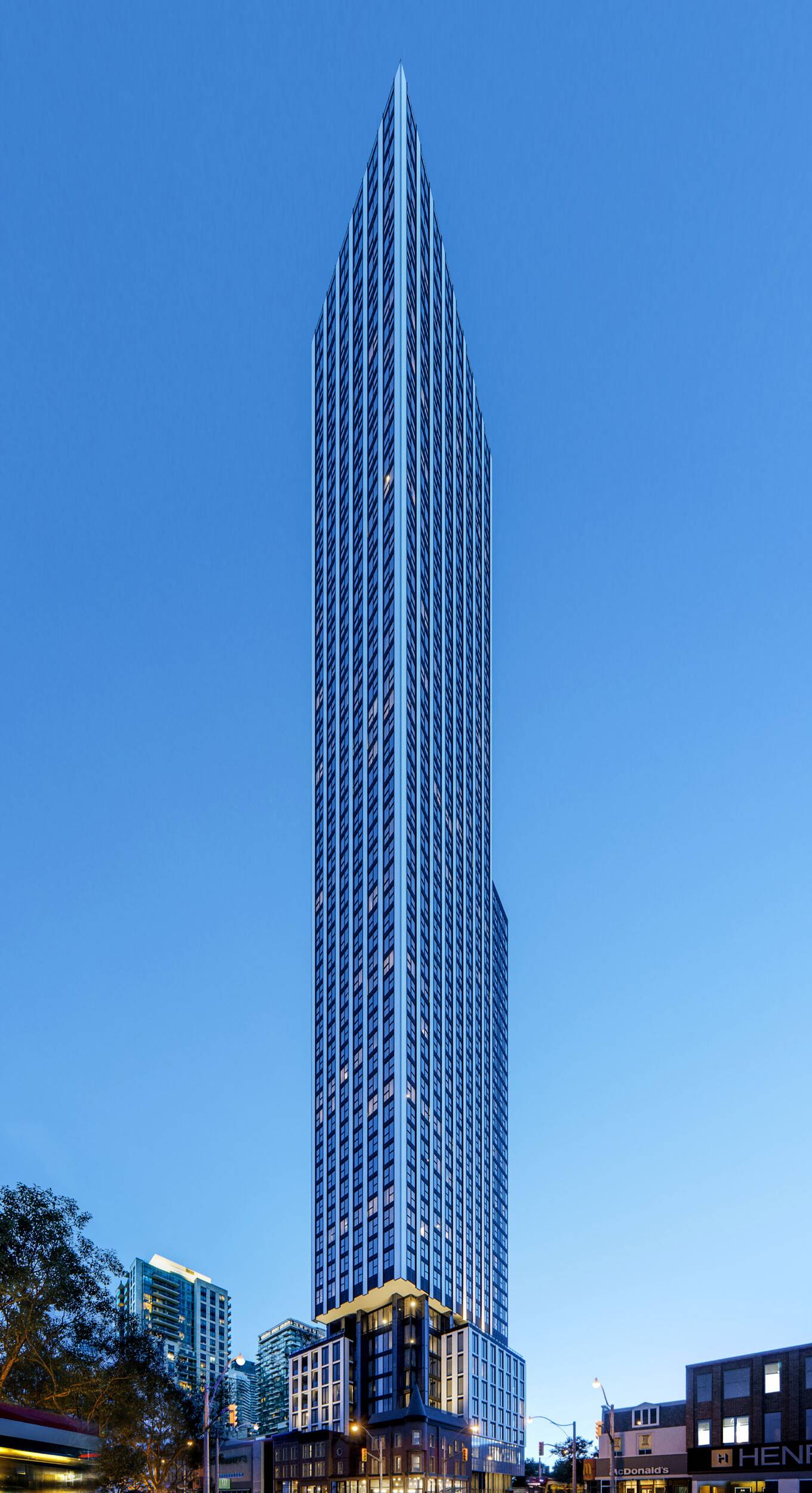 Rendering facing northeast across the Queen and Church intersection to QueenChurch Condos.

The new condo would mean the loss of a few existing buildings, including the prominent yellow-panelled exterior of the now-closed Shawarma's King and a few others next to Toronto's best-known strip of pawn shops.

Properties on the proposal site have gradually gone deadpool over the last few years, shuttered from 2017 to 2021, the shawarma joint being the final surviving property until it papered up its windows last year.

The plan to replace these properties stems from an early 2018 application initially proposed as a 54-storey building, which has since been upped to 57 storeys and given a redesign. The previous Core Architects design with its dark exterior treatment has been replaced with a brighter-looking design from architect Rosario Varacalli.

While Shawarma's King branding and distinctive yellow exterior would be lost, the underlying heritage building and sections of the three buildings to the north are planned to live on within the base of the tower.

It may come as a shock to see this low-rise block get condo-fied, but it represents just another piece in the puzzle of a broader intensification of the area that has already brought a handful of new rental and condominium towers to the immediate north and northeast, as a massive complex of towers progresses through construction just east of the QueenChurch site.