Notable buildings disappearing to make way for condos is just one byproduct of Toronto responding to a surging population and a fiercely competitive housing market, the city's thirst for new homes eating up properties no longer considered to be efficient uses of land.

Among the latest targets of condo developers in the city, the head offices of movie theatre giant Cineplex Entertainment could soon be replaced by an 11-storey luxury condo building.

The proposal from developer Aspen Ridge Homes seeks to replace the building at 1303 Yonge Street — between Summerhill and St Clair stations on the TTC's Line 1 — with a posh-looking mid-rise designed by architects BDP Quadrangle. 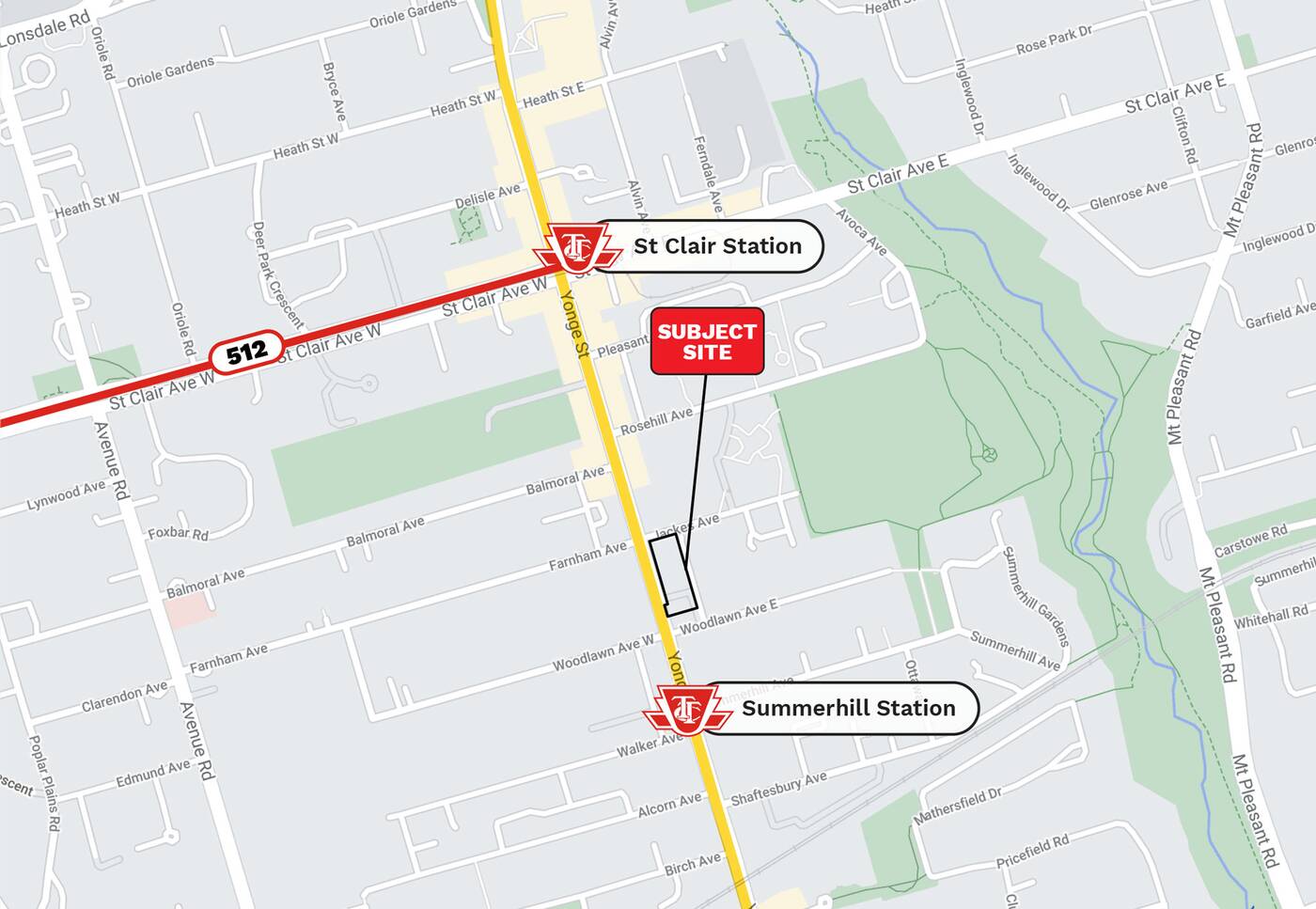 Site of the proposed development on the east side of Yonge between Jackes and Woodland avenues.

It's pretty evident in the proposal's details, submitted to city planners in mid-April, that the project will be targeting wealthy buyers. 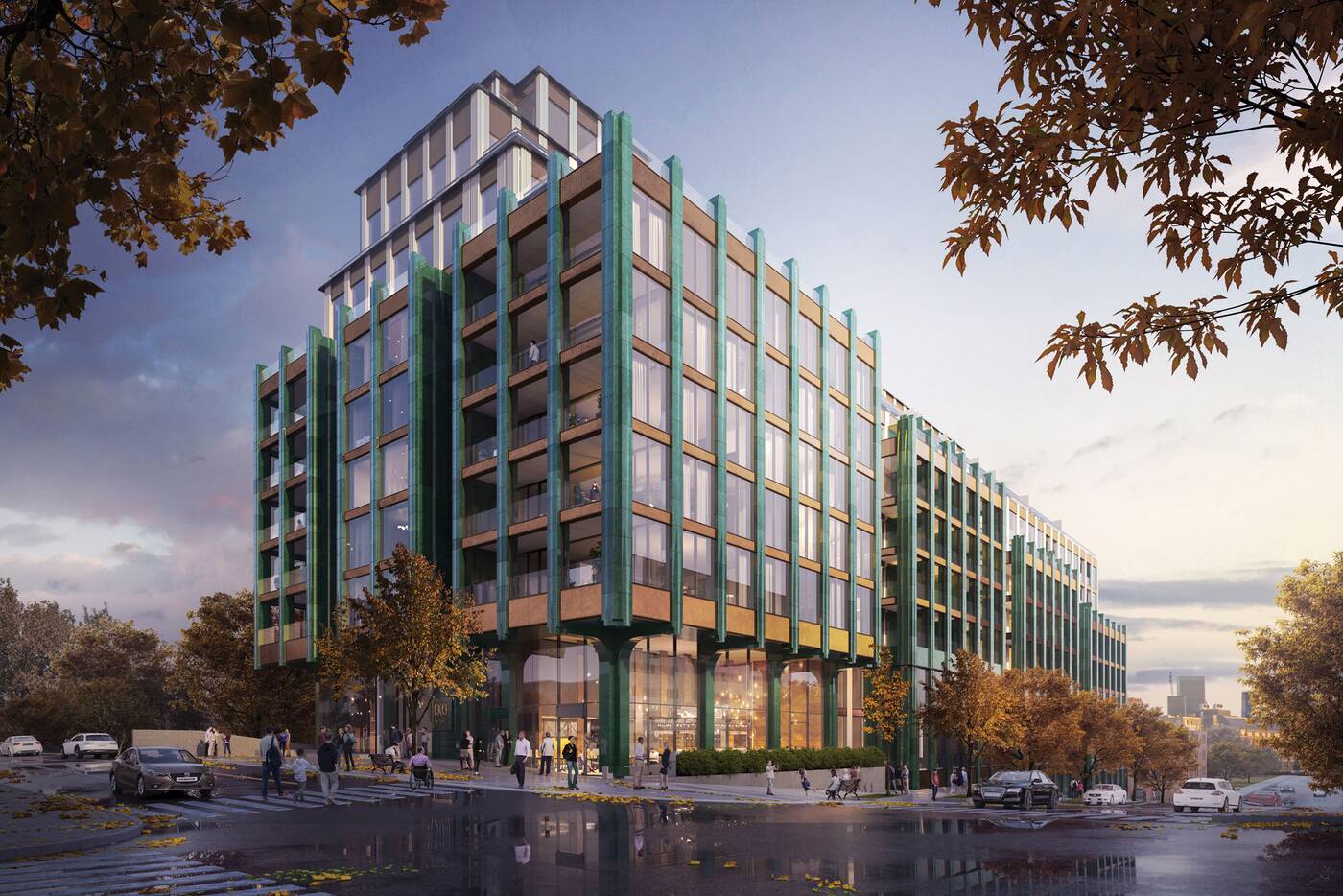 Renderings of the proposal show off a design featuring terracotta cladding and bronze-coloured aluminum accents and a sheltered pedestrian space at the intersection of Yonge Street and Jackes Avenue. 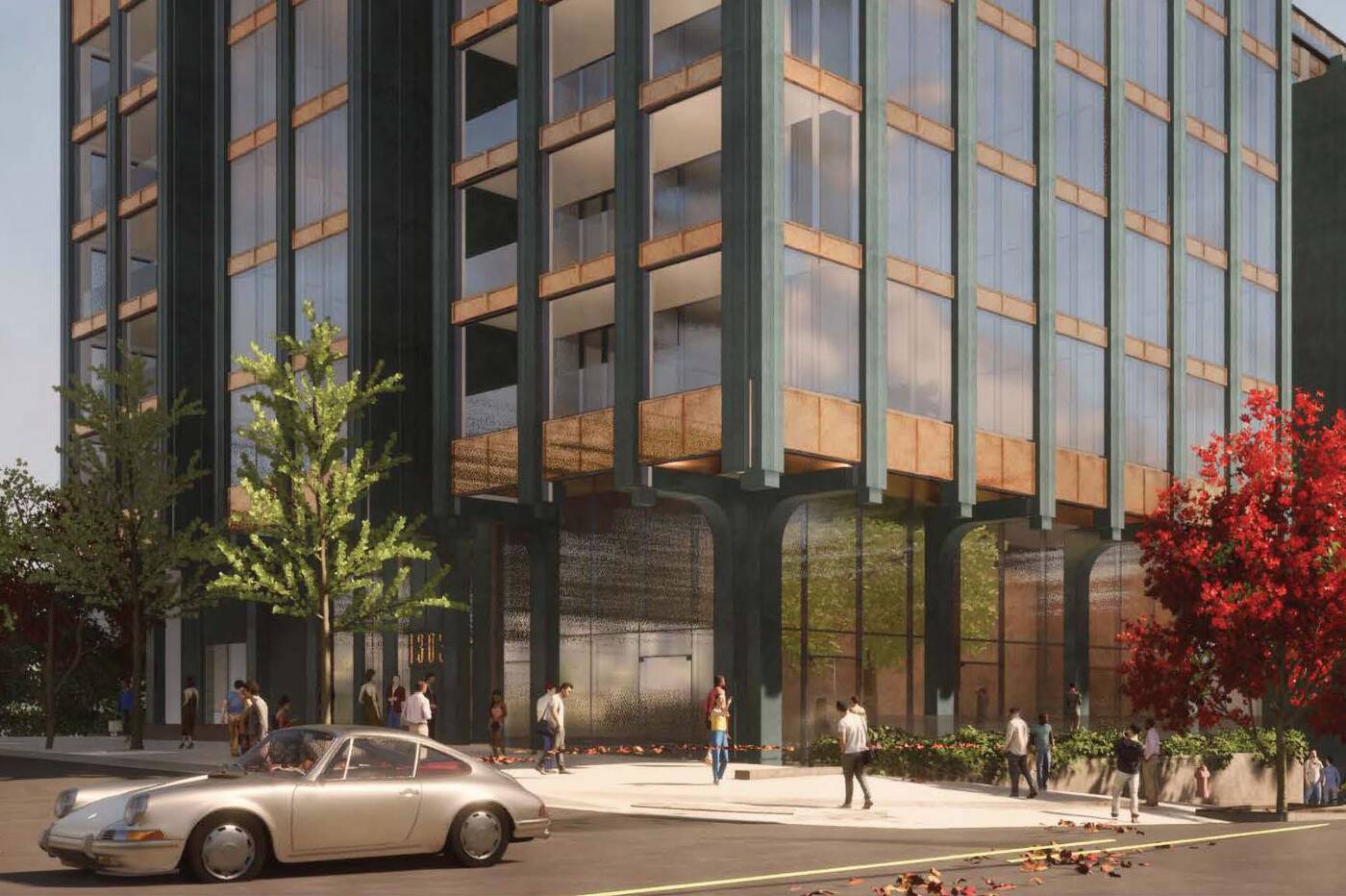 Renderings depict a sheltered space at the base of the building, where retail and office space will be located.

The proposed 102 condominium units are planned entirely as three-bedroom layouts, a notably rare move in a development landscape that typically caters to the insatiable investor-driven demand for one-bedroom units that can be rented out to tenants.

If approved, the project would rise to a maximum height of 43.30 metres, designed as a continuation of the pattern of completed developments along the stretch of Yonge Street south of Rosehill Avenue.

According to Statista, Cineplex's annual revenue plummeted from a record 1.66 billion in 2019 to just 418 million in 2020 and 656 million in 2021, the reasons being fairly obvious to anyone who’s been following the news in the past couple of years.

In late 2020, with theatres still empty but condos still selling at sky-high prices, it was really no surprise when the company put the Yonge Street property up for sale as a "significant redevelopment opportunity" and signalled the end of the current Cineplex HQ.