Toronto home prices have increased to heights never seen before but other places in Ontario have also seen huge spikes in real estate outpacing the city.

Real estate is bonkers these days — Toronto just saw the average price of a detached home top $2 million, and most young people have a slim chance of purchasing a home in the city without help.

Many people are fleeing the city and province for lower-priced real estate, which is causing boom in other places.

Home prices are increasing across Ontario, notes the March edition of the Semi-Annual State of the Housing Market report from Mortgage Professionals Canada.

"Price growth across Ontario has been rapid, with Toronto stealing most of the headlines," the report states. "But in fact, many other communities in the province are seeing higher growth, particularly the regions around Toronto."

Despite the skyrocket prices in Toronto, the city has among the lowest price growth over the last two years of major Ontario population centres. This doesn't mean prices aren't high, it just means they were already inflated and other cities are seeing bigger jumps. 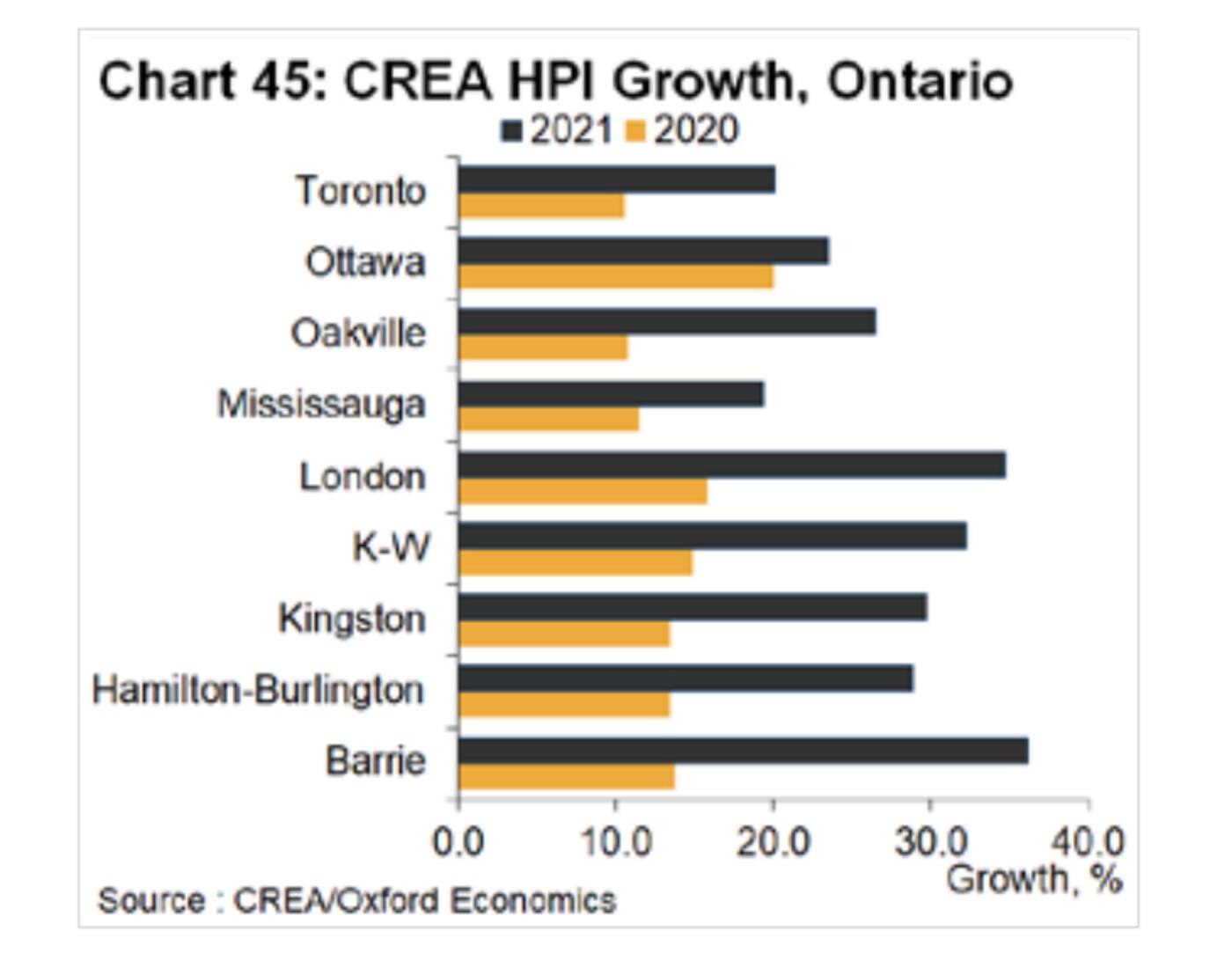 Barrie tops the list with price growth coming in around 35 per cent in 2021, followed by London and Kitchener-Waterloo over 30 per cent. Kingston, Hamilton-Burlington, Oakville and Ottawa are all just under 30 per cent. Toronto's growth is one of the lowest on the list close to Mississauga at around 20 per cent growth.

Amongst the major cities across Canada, Vancouver saw the highest growth in 2021 with Ottawa coming in second. 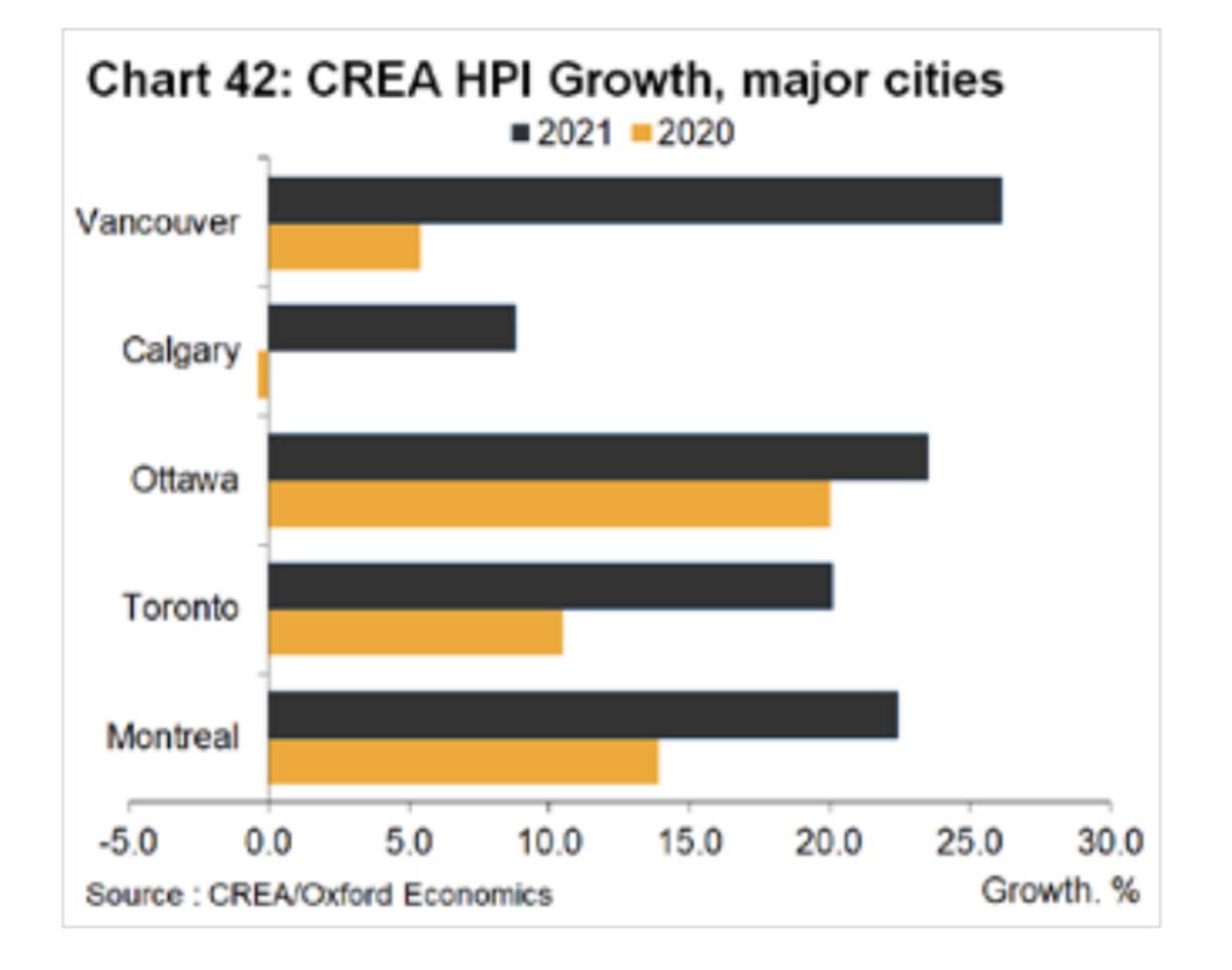 The report also notes a trend toward moving out of large centres.

"As people moved towards suburbs and outside of major cities, many other cities saw steep price increases too," the report states.

The news likely doesn't come as a surprise to anyone following the real estate market. In fact, the report found over 29 per cent of respondents expect dramatic price growth in Ontario and B.C. where prices have been especially strong.