A recent migratory trend that hit its full stride last year with hordes of young people leaving Toronto for smaller, more-affordable Ontario cities appears to have spread well beyond urban centres, constricting the province as a whole while other parts of Canada explode.

Atlantic Canada in particular has seen a massive influx of new residents from Ontario since the COVID-19 pandemic hit, and the steady flow of Canadians moving out east only appears to be getting stronger.

A new report from RBC Economics shows that a record number of Canadians moved to the region during the second quarter of 2021 — the most, in fact, since data collection began back in 1961.

Net interprovincial migration to Atlantic Canada during the first half of 2021 was in fact higher than the figures recorded for 2019 and 2020 combined.

"COVID-19 super-charged the migration of Canadians to Atlantic Canada," wrote RBC economist Carrie Freestone in the report, which outlines what's being described as "a regional renaissance." 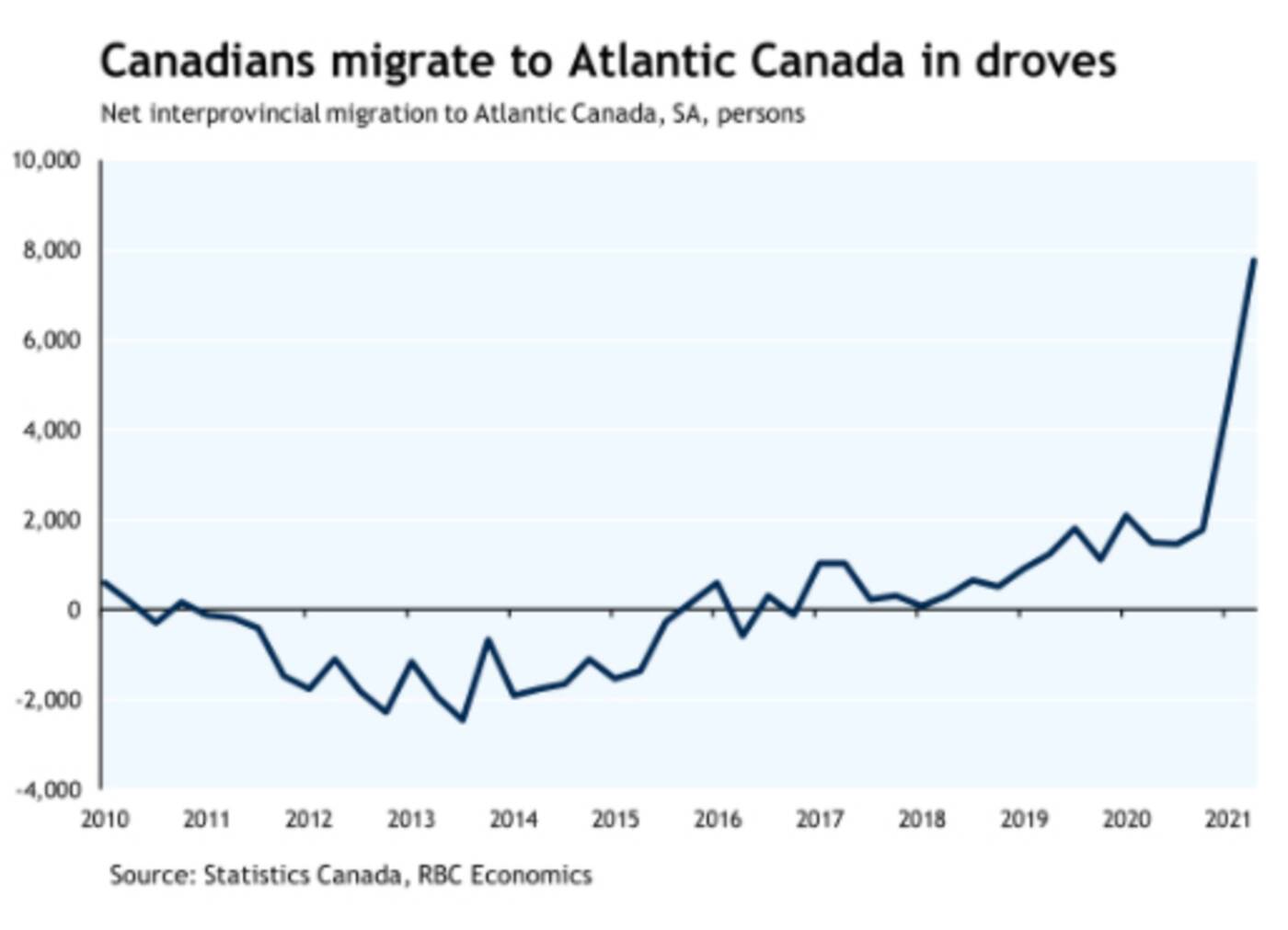 Economists say Canada's east coast is attracting people from all over the country who want affordable homes and a better quality of life. Image via RBC Economics.

"Lower COVID spread in the Maritimes probably amplified the region's appeal. But relatively affordable housing was likely an even bigger draw, especially as home prices skyrocketed in already-expensive parts of the country and more Canadians were able to work remotely," says Freestone.

"With housing affordability worsening in major urban markets in Central Canada, this may mark the beginning of a trend: young talent moving east for an improved quality of life."

It's no secret that home prices are out of control in Toronto, and increasingly in other parts of Ontario as well. A Maru/Blue survey commissioned this spring found that 51 per cent of all Ontario residents are "feeling left behind" in the current housing market.

Among all Ontarians surveyed at the time, 74 per cent of those aged 18-34 indicated that they believed "they may never be able to afford a home where they currently live."

Meanwhile, RBC says the average price of a home in Halifax remains 60 per cent below that of Toronto, and that the two most affordable housing markets in the country are out east: St. John's, Newfoundland, and Saint John, New Brunswick. 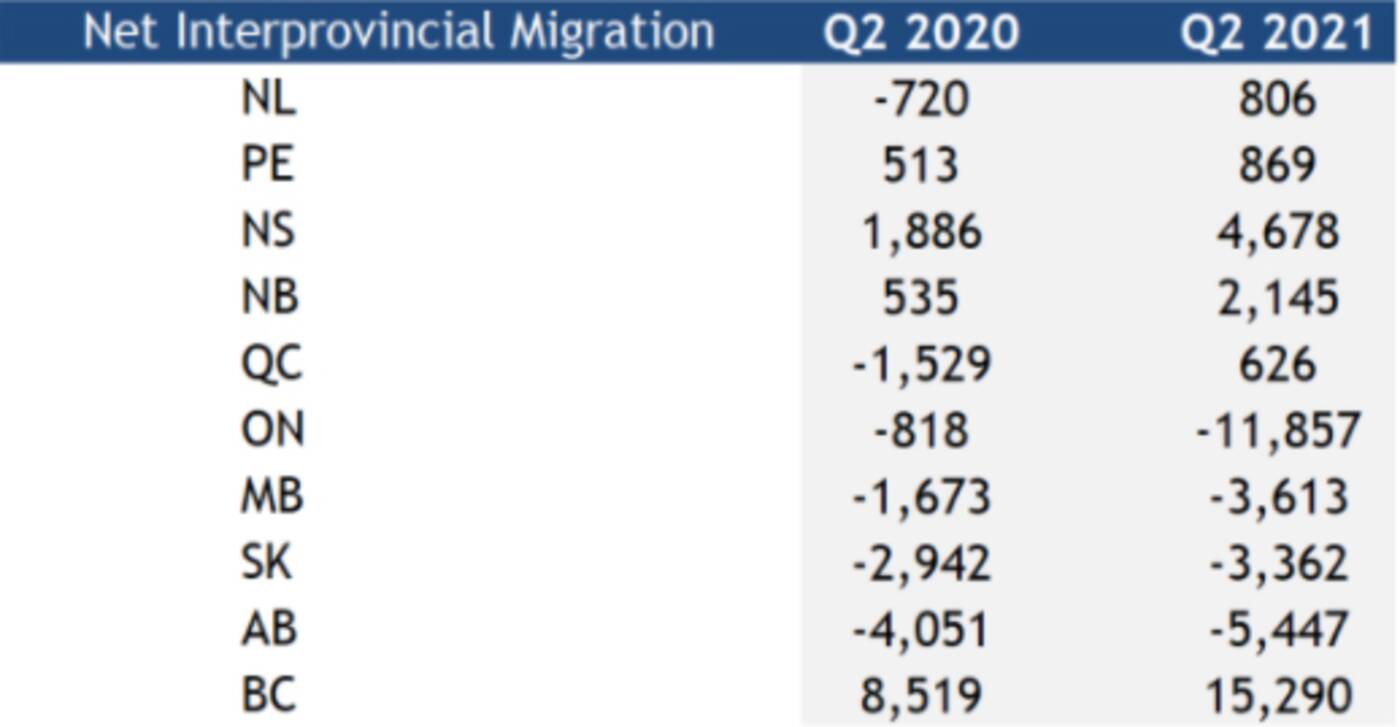 Ontario saw the most people leave for other provinces last quarter, followed by Alberta. Image via RBC Economics.

It's not hard to see why Atlantic Canada is gaining net residents as Ontario loses them — and Ontario is losing them, some 11,857 of them in the second quarter of 2021 alone. This represents the largest net loss in the country and an increase of roughly 14 times over the same time period in 2020.

Not everyone in Ontario is heading out east — in fact, the majority went to B.C. last quarter — but the comparatively smaller east coast provinces have been posting record-breaking gains as a result of the trend.

"PEI welcomed the greatest number of Canadians from other provinces since the early-1960s, and posted the strongest population growth of all provinces this year," writes RBC, noting that Halifax boasts the fastest-growing population of any Canadian city so far in 2021.

"It remains to be seen whether the surge of newcomers will endure. If it does, this would be great news for a region that has struggled to attract and retain people for decades."

As for the outflow of people from Ontario, it's unclear if that will continue as well: Only time and the fast, drastic actions of policymakers will tell.