University of Toronto landmark is getting a stunning upgrade and restoration

The University of Toronto has been on a building spree over the last decade, and as the institution adds many new architectural landmarks, even its existing buildings are getting some love.

The institution is looking to expand a building at the northwest corner of St. George and College, currently home to the U of T Campus Bookstore, Health & Wellness Centre, and Koffler Student Services Centre.

A proposal submitted with city planners back in September outlines plans to enlarge the complex while respecting its original design.

Dating back to 1909, the complex's base building — originally constructed as the Toronto Reference Library — is a bit of a patchwork that has been altered by additions and renovations in 1930, 1957, and 1984, respectively.

Adding to this mosaic of over a century of changes, the proposal aims to renovate selected interior spaces while adding a new two-storey addition designed by the U of T's in-house design and engineering team to expand the Koffler Health and Wellness Centre and consolidate existing health services in the building. 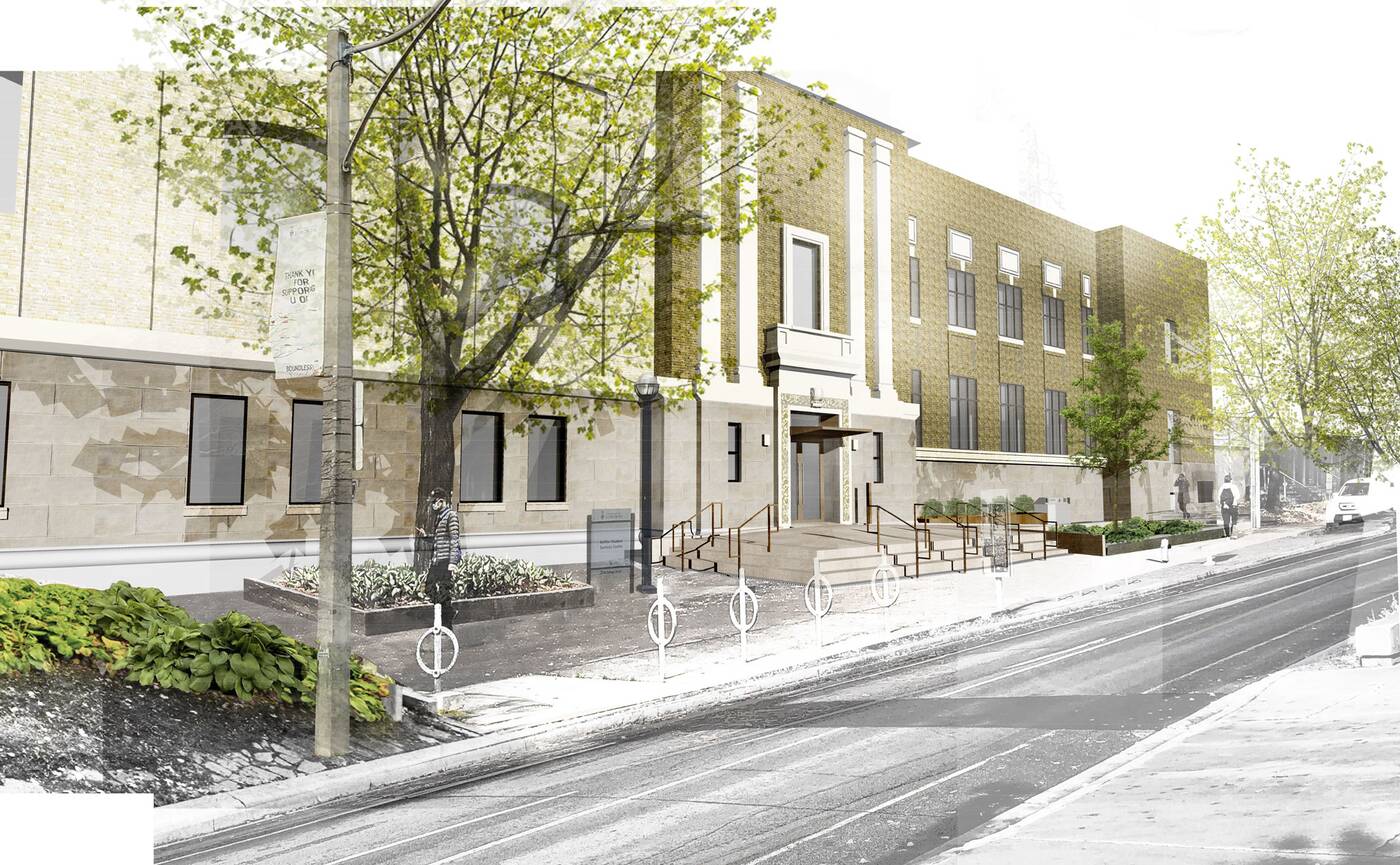 The updated building as it would appear facing north on St. George, with the expansion tucked away to the west.

Though bibliophiles can rest easy, as that original portion of the building — beloved by students and alum — will be unaffected by plans.

Extensive interior modifications are planned, with spaces to be demolished and rebuilt to accommodate various new uses, restoring heritage details along the way.

Among the most notable interior features is a new bridge that will span an internal atrium space, connecting a reception area with exam rooms.

The planned two-storey addition, to be constructed above a reading room from the 1930 renovation, will house third-floor space to expand the Health and Wellness Centre. The second floor below is currently just planned as an empty shell for future consideration.

The modern add-on will feature an exposed west facade with angular metal and glass finishes, while a penthouse clad in metal will be constructed above the building's 1959 addition. A series of acrylic skylights will fill the space below with natural light. 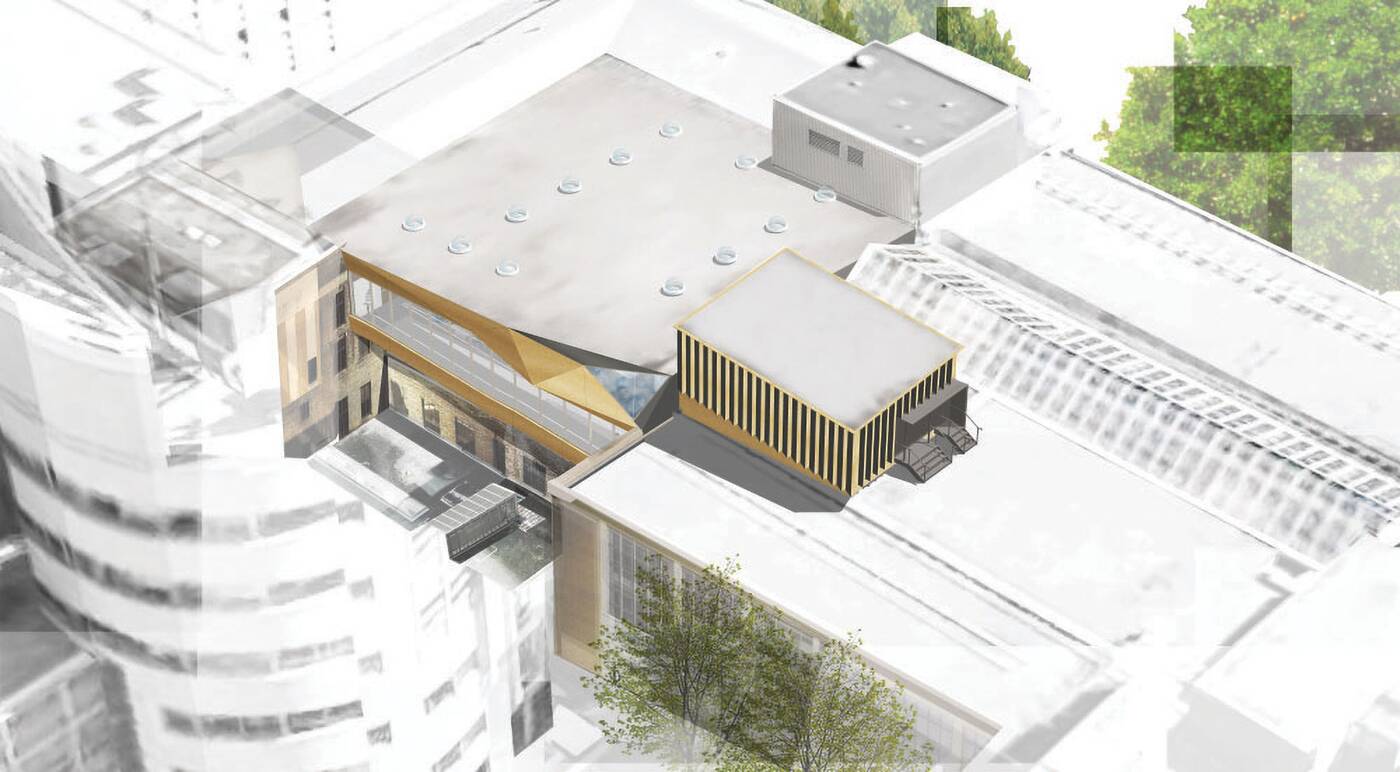 As for the complex's exterior and entrance along St. George, some modern upgrades are in the works, though its heritage charm will remain. 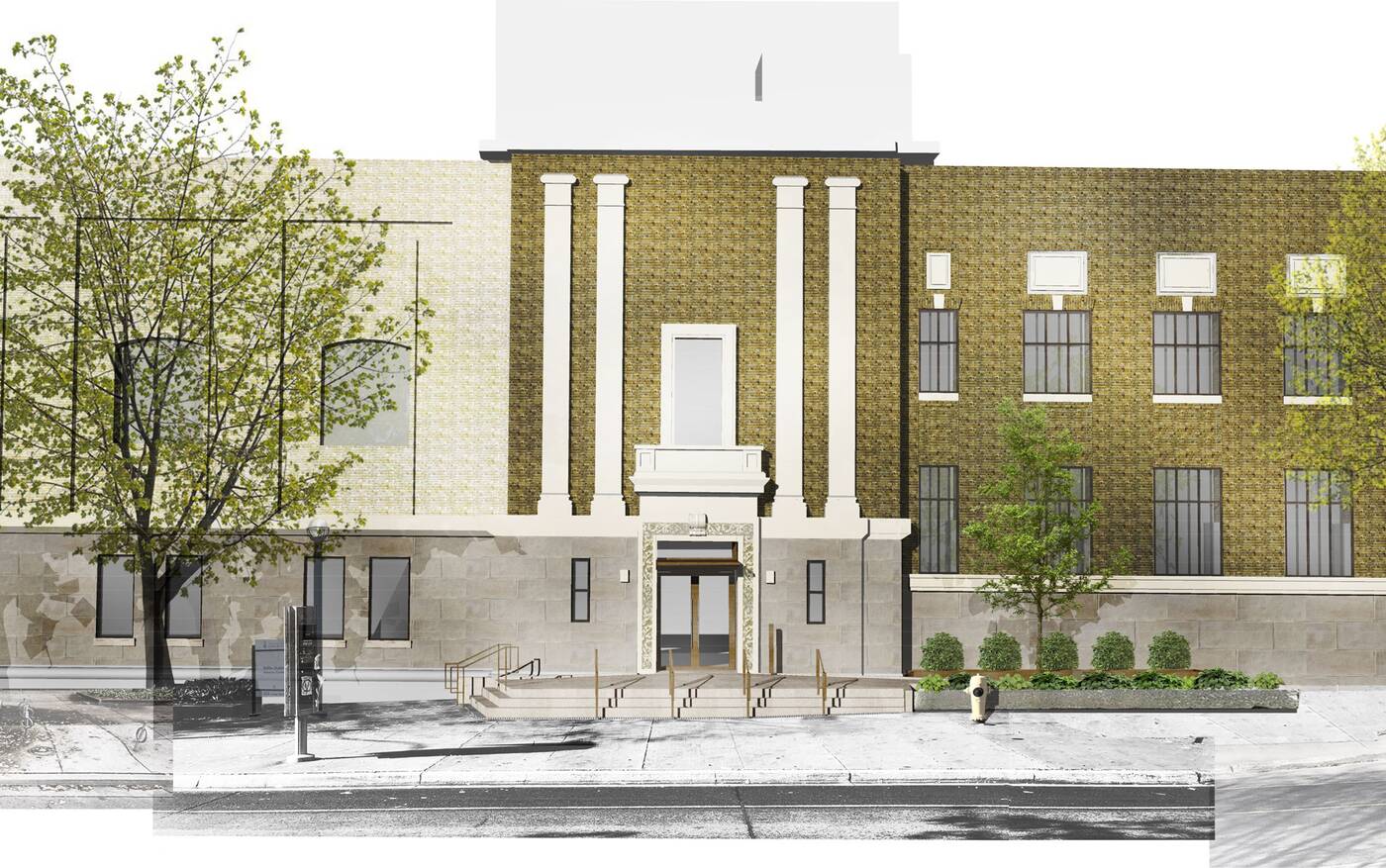 Looking west towards the restored and modernized St. George entrance.

The current concrete steps and ramp will be torn up to make way for new granite-clad stairs and ramp, with bronze handrails, built-in snow-melt systems, drains, and planters.