Get ready to say goodbye to the long-shuttered McLaughlin Planetarium and hello to a brand new, state-of-the-art "hub for urban and cultural engagement."

U of T just dropped a whole whack of details about the dramatic-looking building it intends to raise at 90 Queen's Park Crescent, a prime piece of land purchased from the Royal Ontario Museum for $22 million back in 2009.

Fans of the old planetarium, which was decommissioned in 1995, may be sad to see the big white dome go, but what the city will gain in return is impressive.

Designed by the acclaimed New York-based architecture firm Diller Scofidio + Renfro and allianceArchitects (in consultation with Toronto's ERA Architects), the nine-story building will incorporate U of T's 118-year-old Falconer Hall law building into its design. 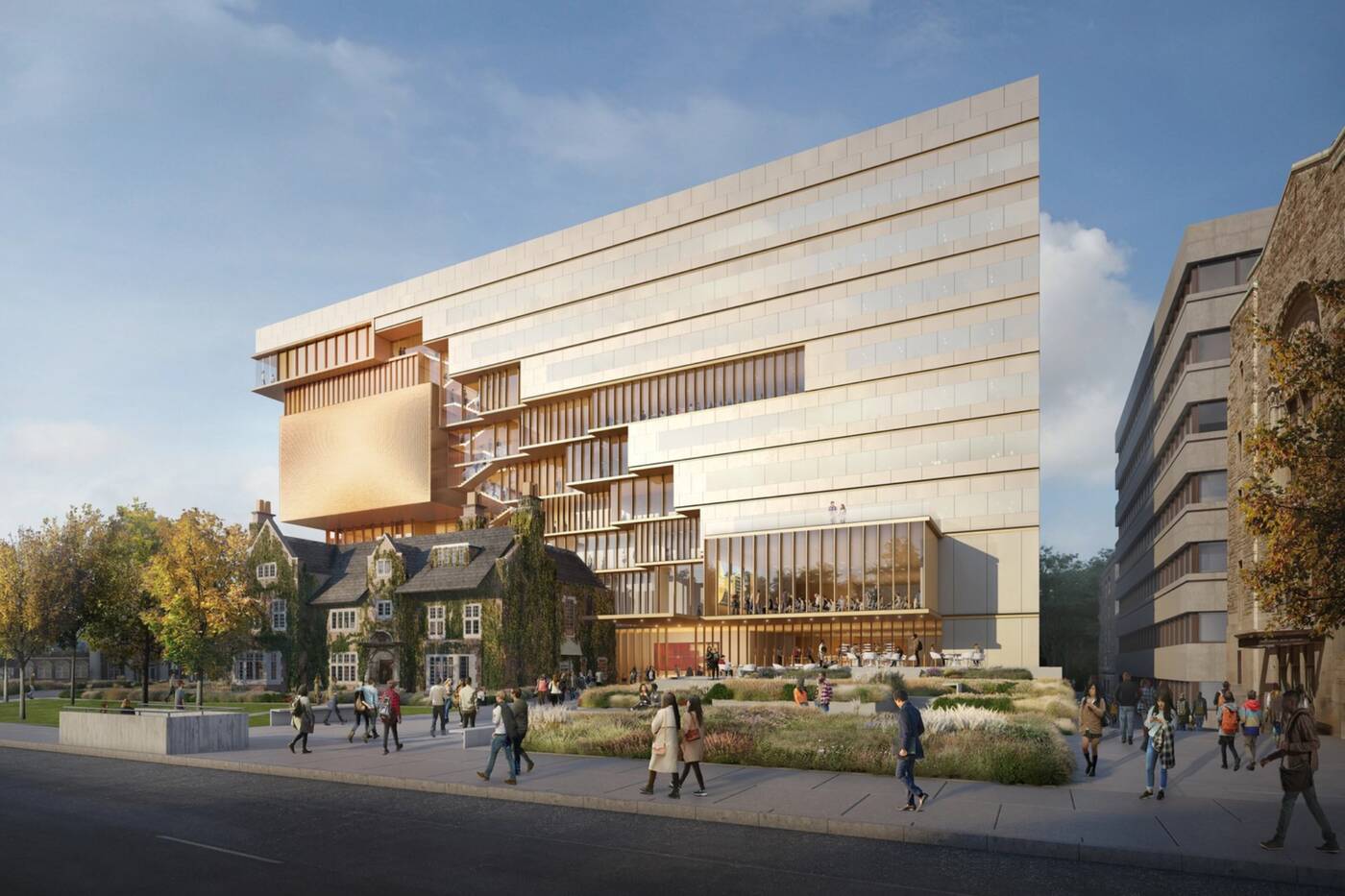 Along with space for the Faculty of Law, the building will host academic units from a variety of different faculties such as Music, Arts & Science, as well as the Institute of Islamic Studies and an archaeology centre.

But it won't just be a school. The concept for the structure is to mix academic and public spaces together within it to "create a cultural and intellectual gateway" between the University and the city.

"This stunning architectural landmark will provide the University of Toronto with an invaluable opportunity to create a meeting space for scholars and the wider city around us," said U of T President Meric Gertler in a release with new renderings of the building on Thursday.

"It also gives the School of Cities a permanent home for its urban-focused research, educational and outreach initiatives." 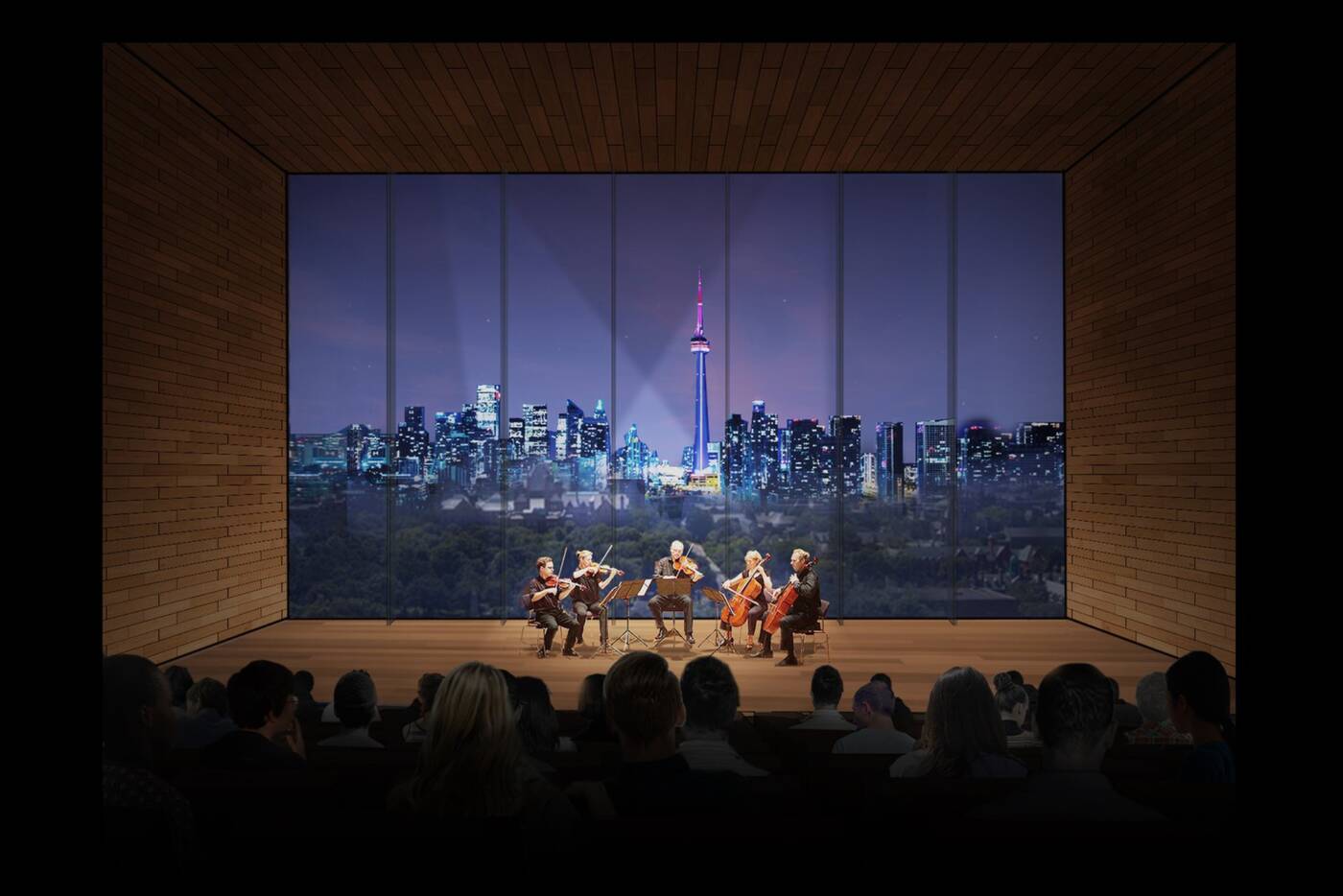 Members of the public can look forward to checking out a 400-seat event space, a multi-storey atrium, a music recital hall with sweeping views of the Toronto skyline, and a café on the ground floor of the building.

And it'll be nothing to sneeze at from the outside, either, especially to those heading northbound along Queen's Park.

"The building is very engaging," said U of T's chief planner Gilbert Delgado in the release, noting that Diller Scofidio + Renfro are "very provocative and thoughtful architects."

"This dramatic building expresses the very special role of the university within the city," he continued, calling the location a "gateway" connecting the school with Toronto's cultural corridor of the Gardiner Museum, the ROM and Queen's Park. 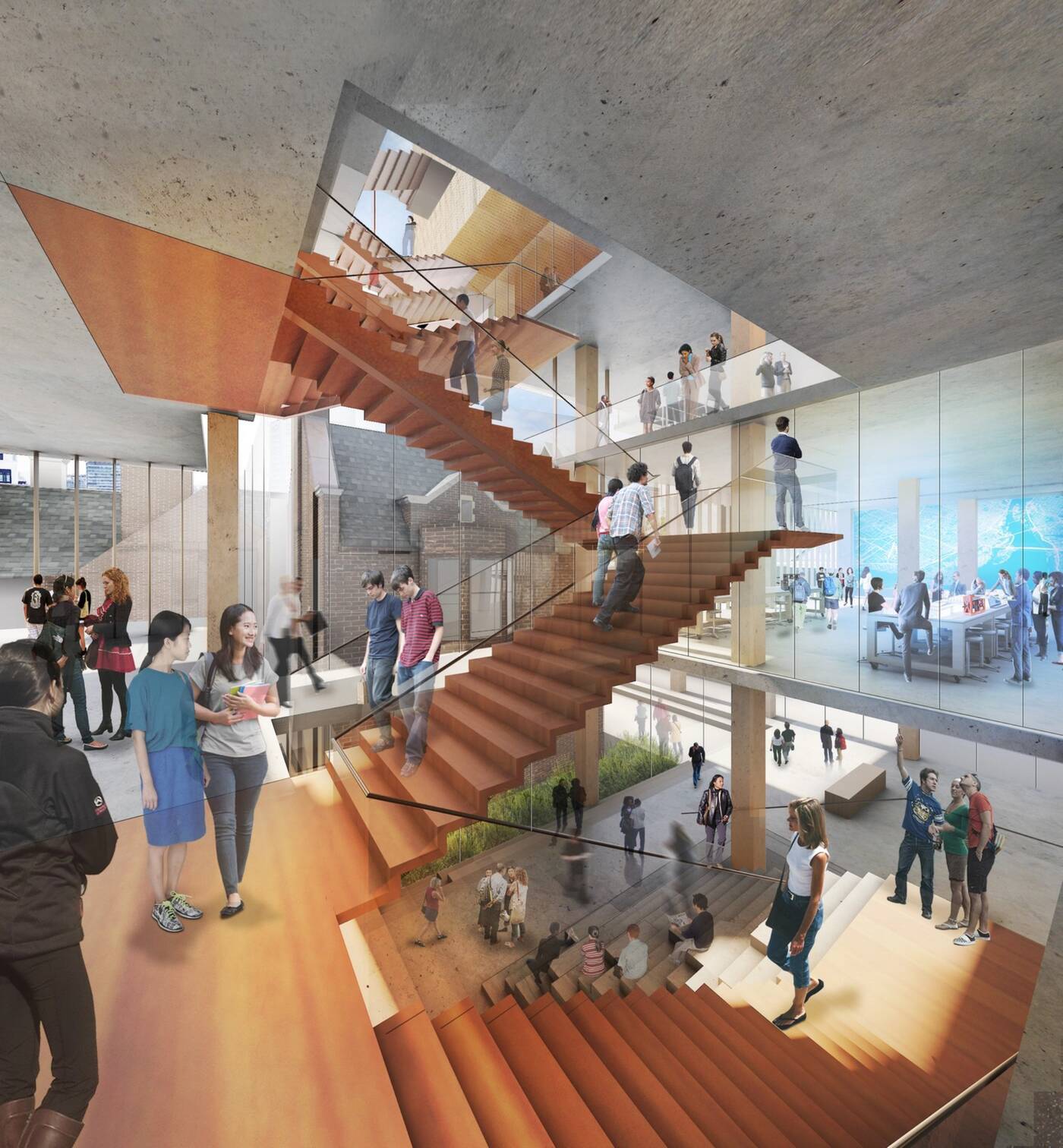 U of T has yet to announce an expected completion date, or even a groundbreaking date for that matter, but we do know that it will use roughly 40 per cent less energy than a traditional building of its size and type.

Being that Diller Scofidio + Renfro also designed New York City's High Line, Lincoln Centre and the Institute of Contemporary Art in Boston (among other masterpieces), it's probably safe to get our hopes up for something pretty special.

Sorry planetarium. Here's to hoping for better luck at your next location.