The gap between average home prices in Canada's two most expensive cities is narrowing at a clip, according to economists, making Toronto look more like Vancouver (at least in terms of real estate) than it has for 30 years.

"Average home prices in Toronto have narrowed their gap with Vancouver to a significant degree," wrote TD economist Rishi Sondhi in a new report published this week. "Indeed, as of December, GTA home prices were only 4 per cent below the GVA, the smallest gap since 1991."

Vancouver has long been known as the most expensive place to buy property in Canada — by a long shot.

The west coast city has been playing leap frog with Toronto for years when it comes to average rent prices, but Van has never even come close to losing its status as the most valuable real estate market in Canada. 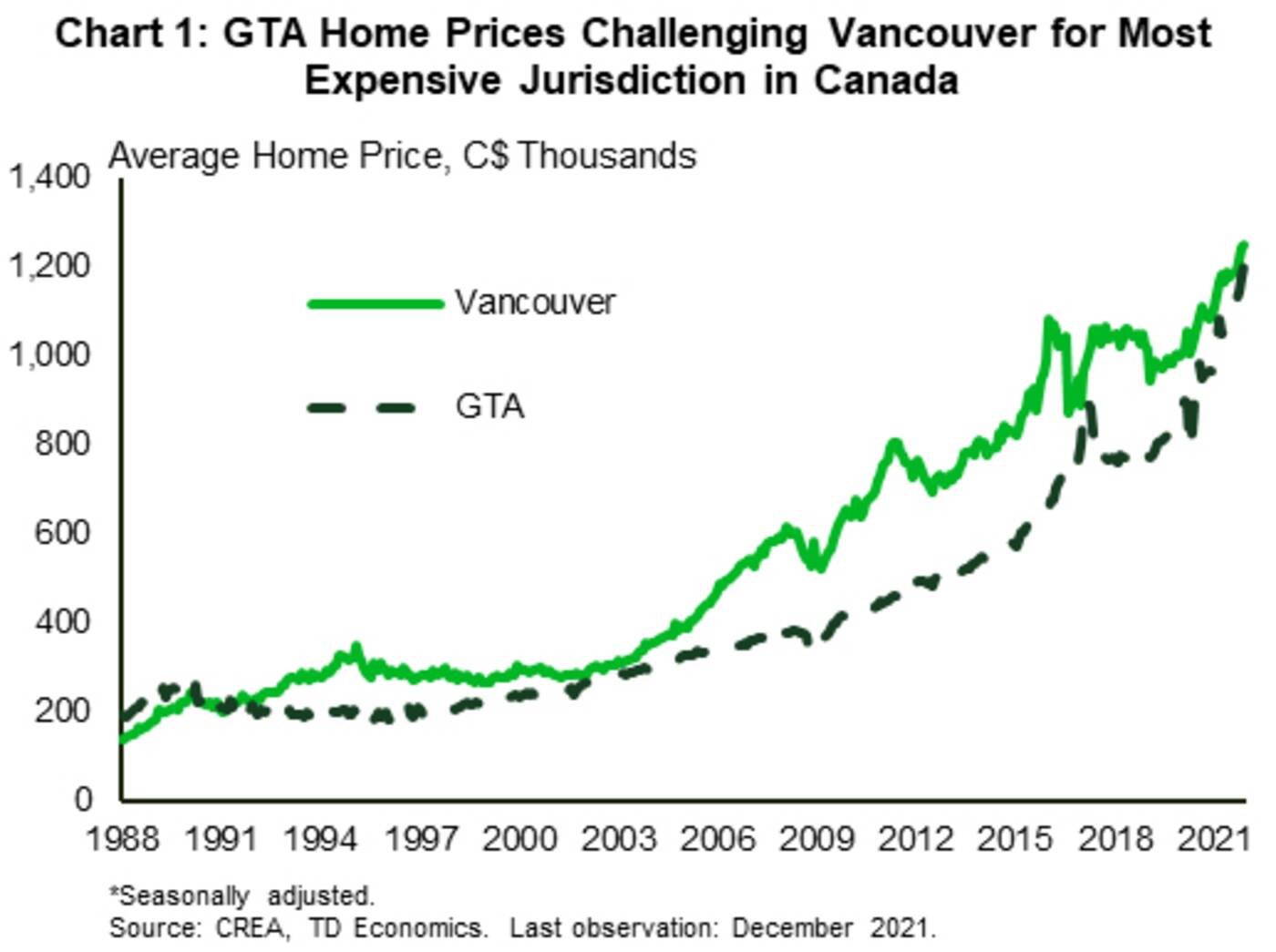 House prices in Toronto are rising more quickly than those in Vancouver, bringing the cities closer than ever in terms of average real estate values. Image via TD Economics.

"As of December, the price of an average home in Toronto was only 4 per cent below that in Vancouver, challenging it for the most expensive jurisdiction in all of Canada," reads the TD report, noting that this "reflects a multi-year trend where home price growth in Toronto has outpaced its Vancouver counterpart."

Thanks to government restrictions (or lack thereof, in Toronto's case) and such factors as immigration, supply, new housing starts, rates of housing completion and investor interest, prices have shot up by a staggering 40 per cent in the Greater Toronto Area since 2018, compared to a gain of just 13 per cent in the Greater Vancouver Area.

"In 2018, GVA home prices were dampened by additional policy measures meant to combat affordability challenges, including raising land transfer and school rates on highly expensive homes, increasing the foreign buying tax rate, and applying it to more parts of the province," writes Sondhi. "In contrast, there has been a lighter touch on restrictions in the GTA.

The bottom line for buyers is that home prices have simply been going up faster in Toronto than they have been in Vancouver for several years. 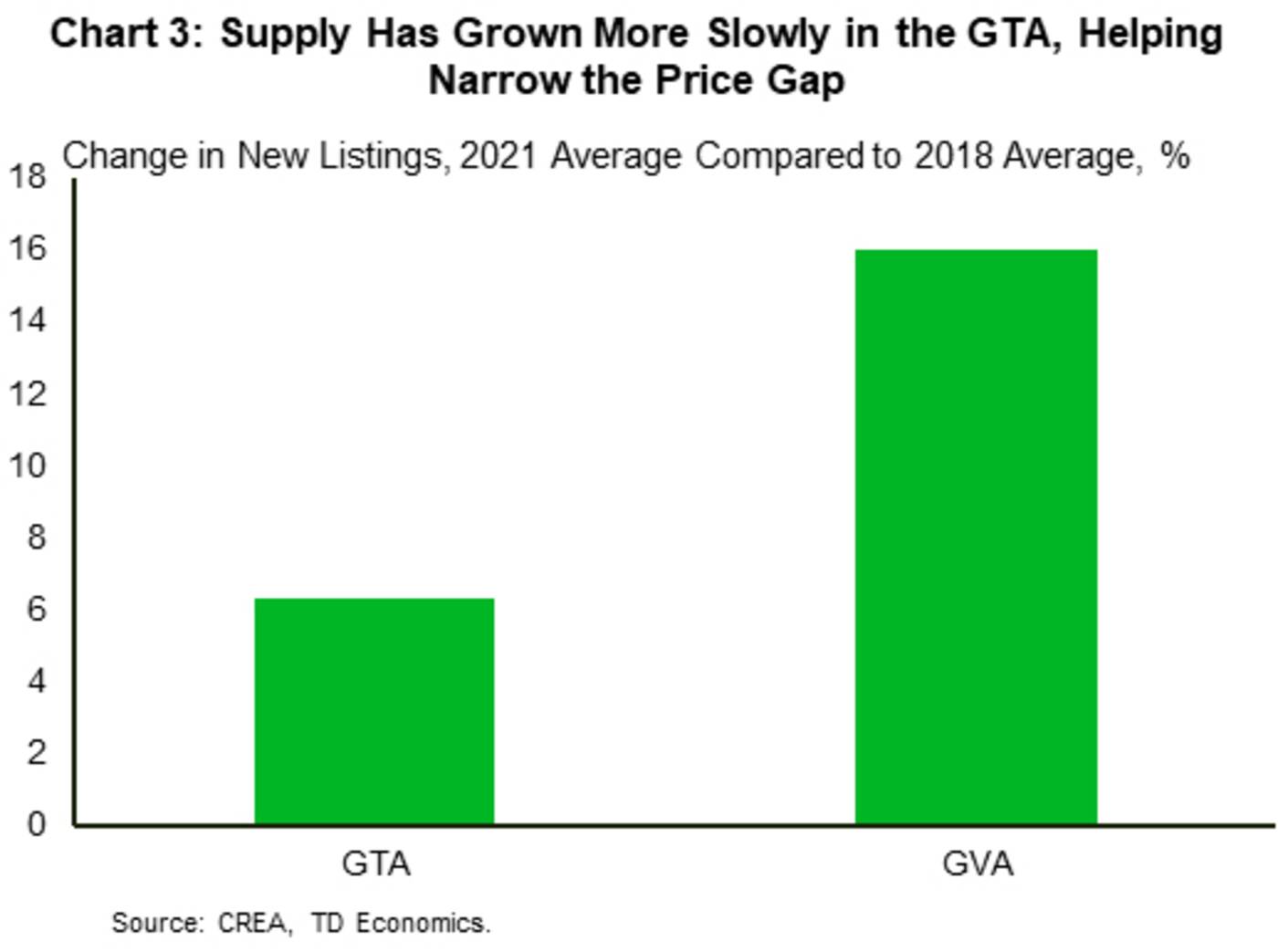 A lack of inventory in Toronto compared to Vancouver has been driving much of the former city's relational price growth. Image via TD Economics.

As for what comes next, Sondhi has plenty of insight (which you can read in full right here), but the trend of home prices rising in Toronto isn't expected to slow down any time soon unless something changes.

Both markets will feel the pinch from higher interest rates and low supply, says the TD report, but only time (and perhaps interprovincial migration rates) will tell how each market performs in comparison with the other.

"Affordability pressures will become an increasing constraint this year, likely leading to a slowing in price growth in both regions," says Sondhi.

For the sake of an entire generation, let's hope so.