Apartment rents in Toronto took a dip in the new year, according to a new report, but some areas are less expensive than others.

Rents dropped during the start of lockdowns in Toronto, but prices spiked last month. Though it seems the new year has brought lower rents again, with the average rental price for a one-bedroom unfurnished unit down to $1,678 from $1,766 in December, according to the first liv.rent report of 2022.

"Prices have largely returned to more normal levels in key areas, led by sweeping drops in rental averages in Downtown Toronto itself," the report states.

Downtown has seen significant decreases following December's price increases, with rent for unfurnished one-bedroom units declining a massive -16.37 per cent, according to the report.

There is good news if you are looking for a furnished place — the average difference in price between furnished and unfurnished units for the GTA as a whole is now just $25.

But bad news if you want a place in Markham. Rents there have increased for both furnished units at $1,825 and unfurnished at $1,638. 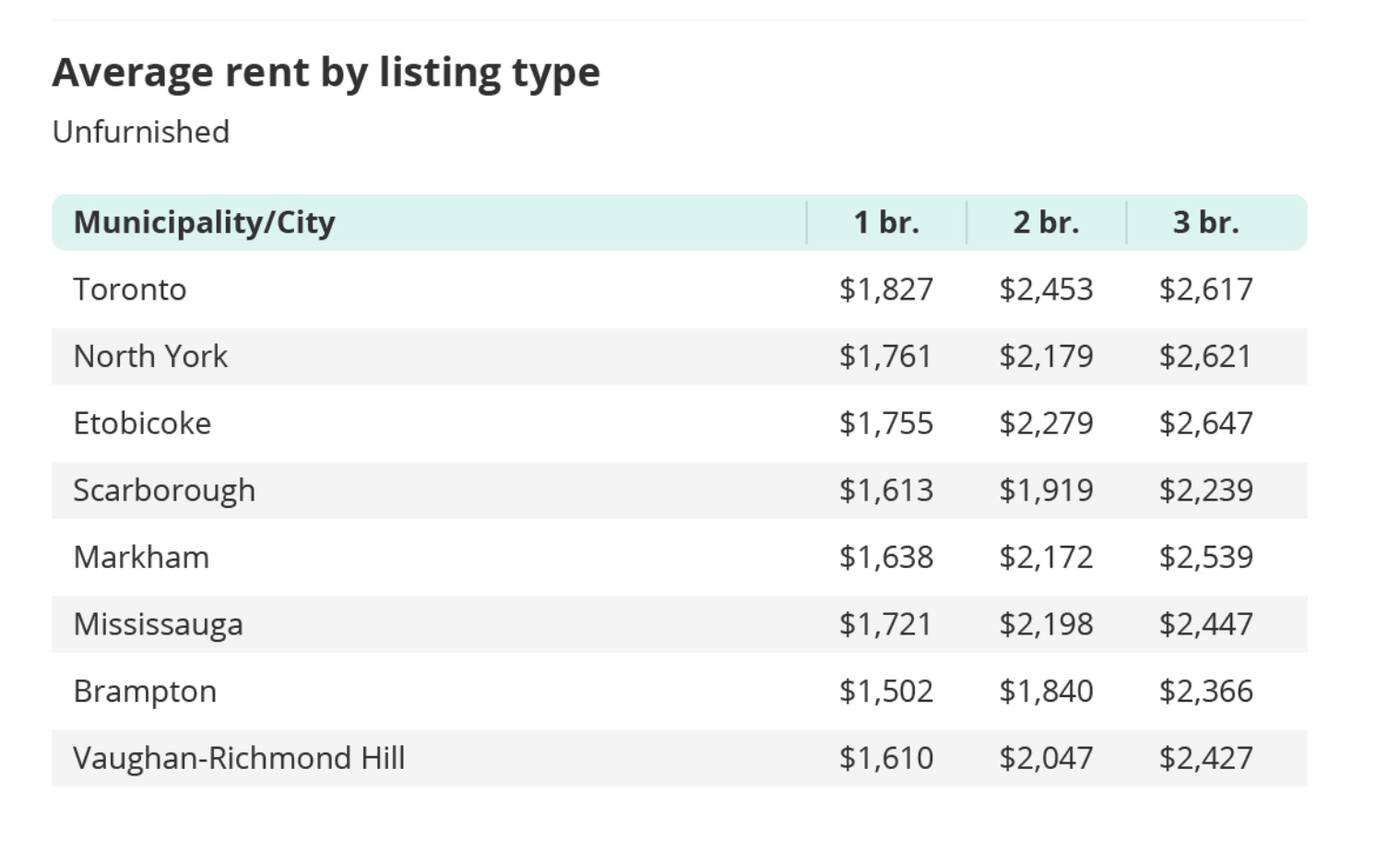 If you are willing to make a move out of Toronto, Brampton is once again the most affordable municipality in the GTA. An unfurnished one-bedroom unit in Brampton can now be had for an average of $1,502. Compared to about $1,827 for Toronto's downtown core — a difference of $325 a month.

But making a move to Brampton is not for everyone, even for a significant savings. Let's hope efforts to implement a rent freeze pan out and keep prices comparatively low.