Rent prices in Toronto are creeping back up again after unprecedented lows over the course of the pandemic, with competition among prospective renters growing ever fiercer after months of high vacancy rates and what could be deemed a tenant's market.

Based on the latest numbers for December from Canadian rental website liv.rent, furnished one-bedroom units are spiking particularly hard, rising more than 26 per cent month-over-month in downtown T.O. — the biggest increase in the region — versus 14 per cent for unfurnished units of the same size. 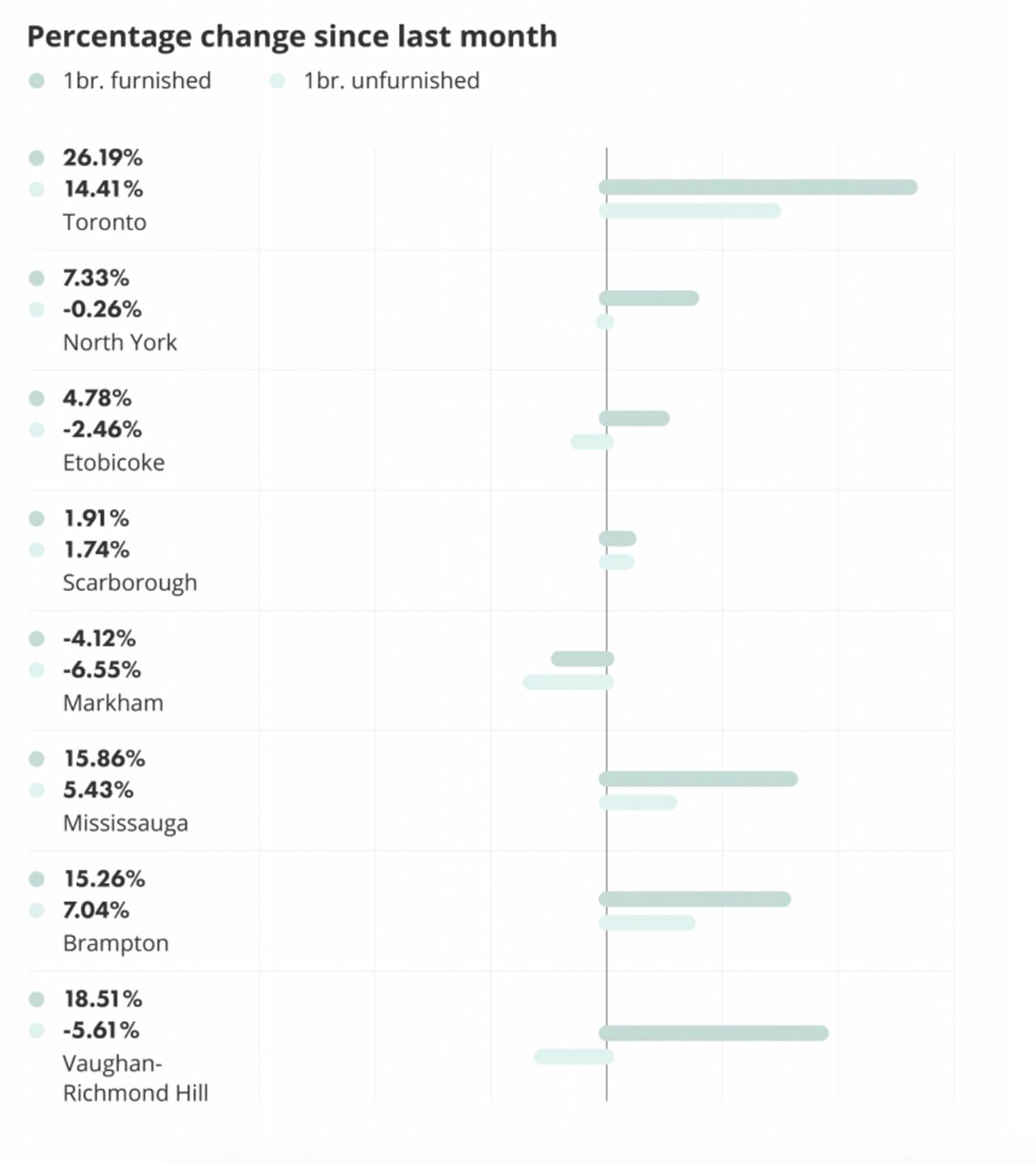 How prices for the most popular unit types have fluctuated from November to December 2021 in various parts of the GTA. Chart from liv.rent's December 2021 GTA Rent Report.

The average rent across the region has now reached a whopping $1,933 for a furnished one-bedroom and $1,766 for an unfurnished unit of the same size, with prices for the latter type proving somewhat all over the place this month depending on location: In the city, as mentioned, they're way up, while in North York, Etobicoke, Vaughan-Richmond Hill and Markham, they're slightly down. 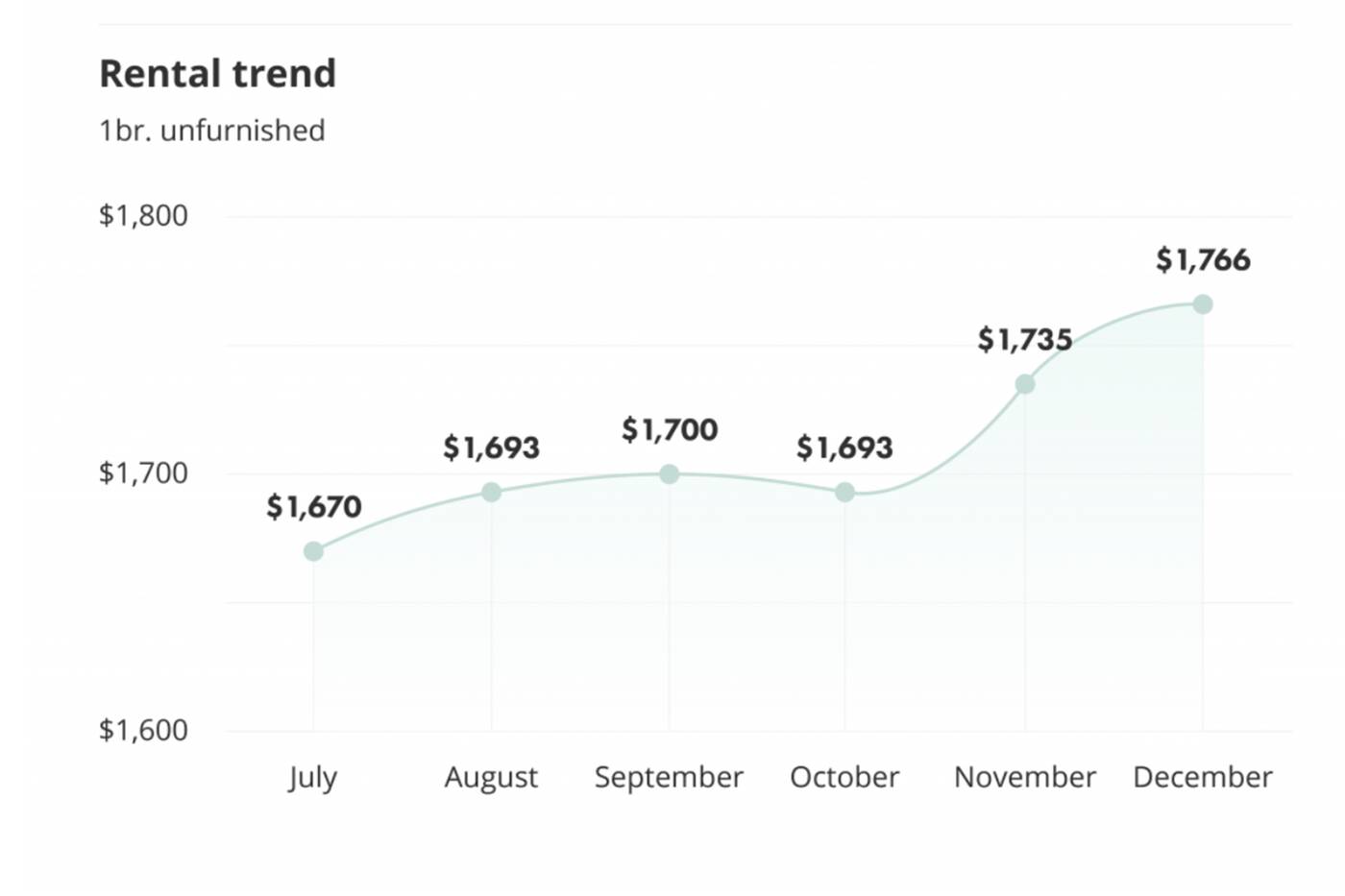 How average rental prices for the most common unit, one-bedroom unfurnished, across the GTA have increased in recent months. Chart from liv.rent's December 2021 GTA Rent Report.

Brampton saw the second-highest price jump for the average unfurnished 1 bedroom, up 7 per cent since November, followed by Mississauga, up more than 5 per cent.

But, the former Toronto suburb is still one of the cheapest overall for renters out of the eight GTA neighbourhoods surveyed, along with Markham: an unfurnished one bedroom is now going for $1,621 in Brampton and $1,593 in Markham as of December, compared to a whopping $2,184 in downtown Toronto.

How rents in GTA neighbourhoods compare as of December 2021. Chart from liv.rent's December 2021 GTA Rent Report.

When it comes to larger apartments, downtown still, of course, reigns as the most expensive for all unit sizes, furnished or not, while Brampton and Markham remain the cheapest for virtually all unit sizes and types, not just one-bedrooms.

Looking a bit further away, some of the cheapest rents in Southern Ontario this month, according to the site, are in London ($1,250 for an unfurnished one-bedroom) and Niagara Falls ($1,304 for the same), and most expensive, in Oakville ($1,820).

But regardless of steadily increasing prices, many residents have accepted their fate of renting forever given the barriers to entry into Toronto's vastly unaffordable housing market.