It feels like Midtown Toronto is building up condos faster than ever, and even the mid- and high-rise rental apartment buildings that once dominated the local landscape are falling prey to condo proposals far taller and denser than their predecessors.

The latest proposed development seeking to address the unending demand for condos in the area, an application tabled with the city in the closing days of 2021 is calling for the teardown of an 11-storey residential apartment building at the southeast corner of Erskine and Redpath.

The existing apartment building at 133 Erskine Avenue and its underground garage structure would be torn down to make way for a 31-storey condominium tower with a height of just over 107 metres. 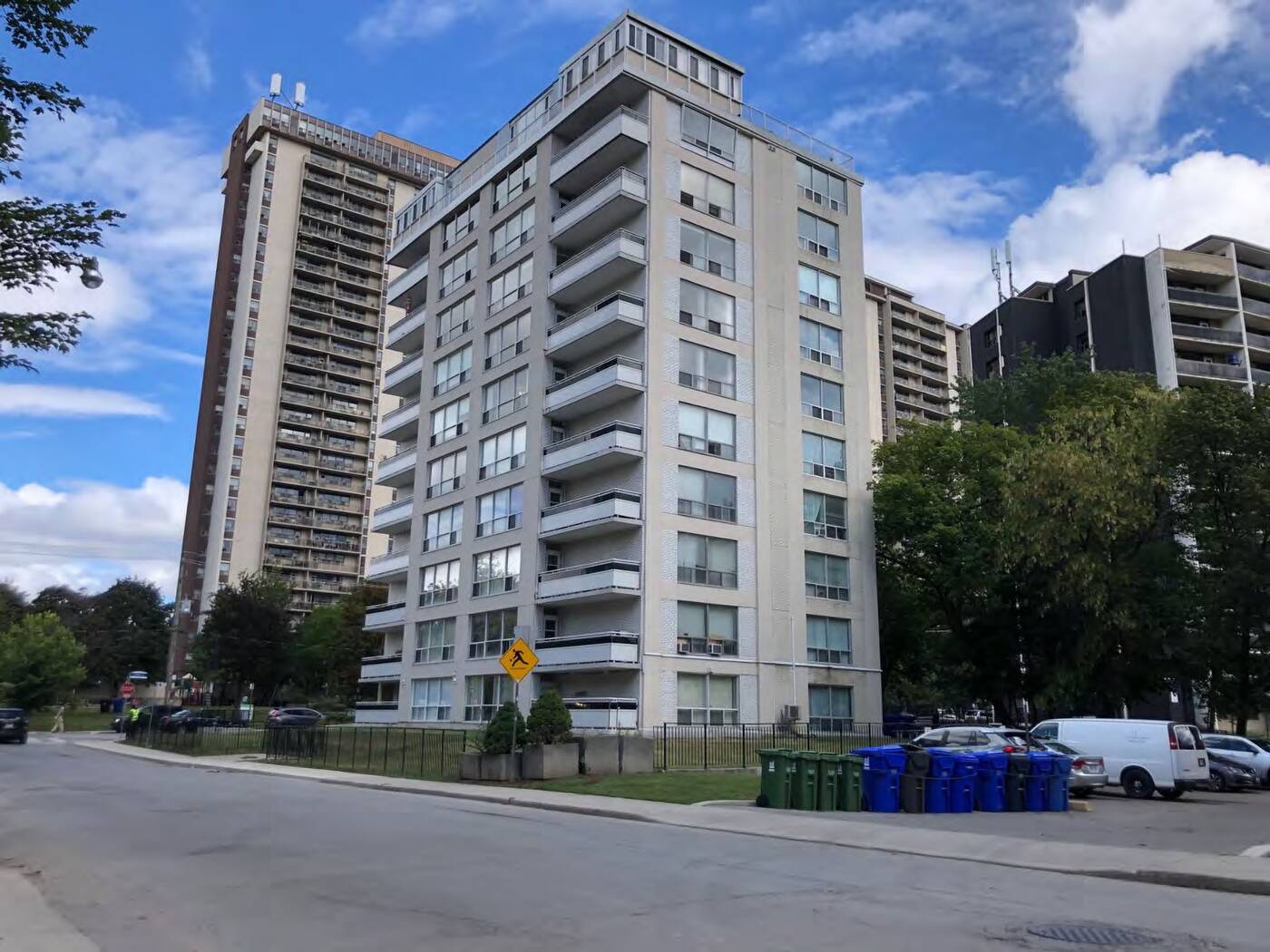 The existing 11-storey apartment building at 133 Erskine Avenue would be torn down to make way for the new condo tower. Photo via submission to City of Toronto.

Designed by architects IBI Group, the new tower is depicted with a variety of finishes, its northwest corner featuring an expanse of projecting balconies that appear as if supported by rounded pedestals that flow into the surrounding facades. 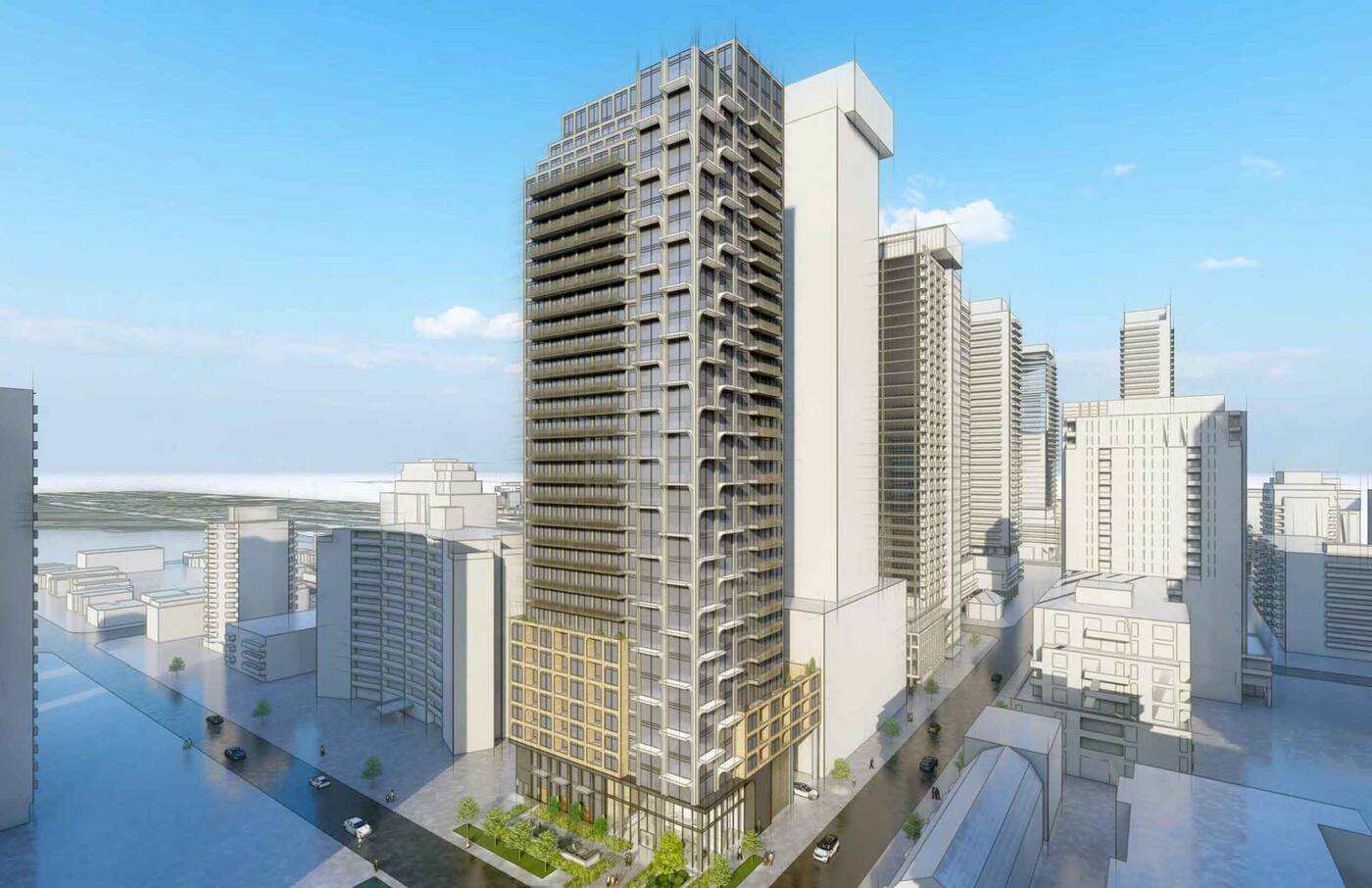 Looking southeast over the proposed 31-storey tower at 133 Erskine. Rendering by IBI Group.

No retail or commercial space is planned in the redevelopment. The building's 22,242 square metres of space would be entirely dedicated to residential and amenity space.

This includes a plan to construct 296 new condominium units along with 26 rental units, replacing units within the current apartment building that would be demolished in accordance with the city's rental replacement policy. 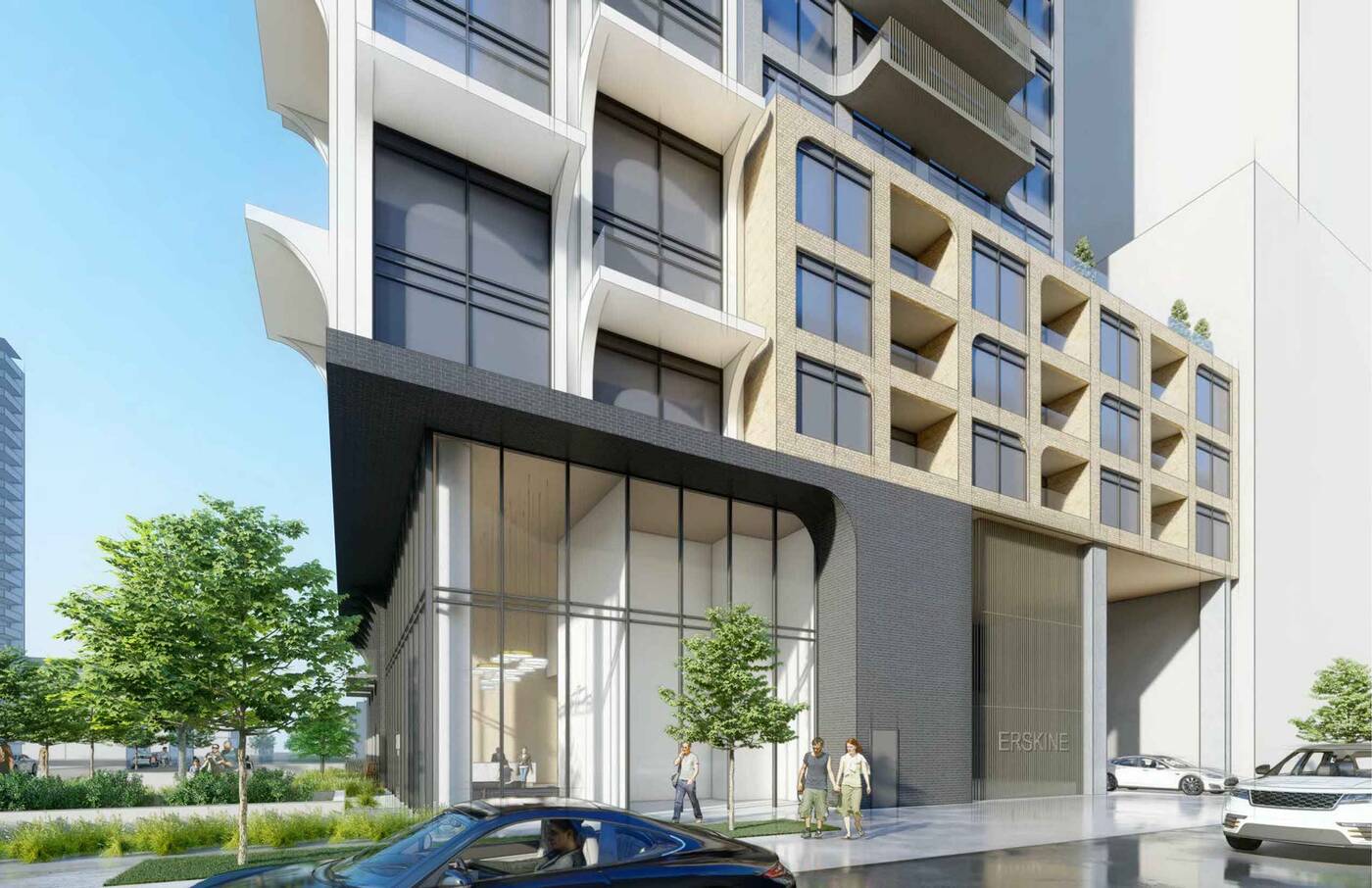 Looking east towards the residential lobby at 133 Erskine. Rendering by IBI Group.

A total of 332 units are proposed in a mix of 49 studios, 130 one-bedrooms, 101 two-bedrooms, and 42 three-bedroom units. The proposal also includes an underground garage with 85 vehicle parking spots, and a mezzanine level with 322 bicycle parking spaces.

Set back seven and a half metres from Erskine Avenue, the space between the tower and sidewalk at the north end of the site would support a 275.9 square-metre (2,969.4 square-foot) open space landscaped with trees, shrubs, and paving stones, acting as a complement to the parkette across the street to the north. 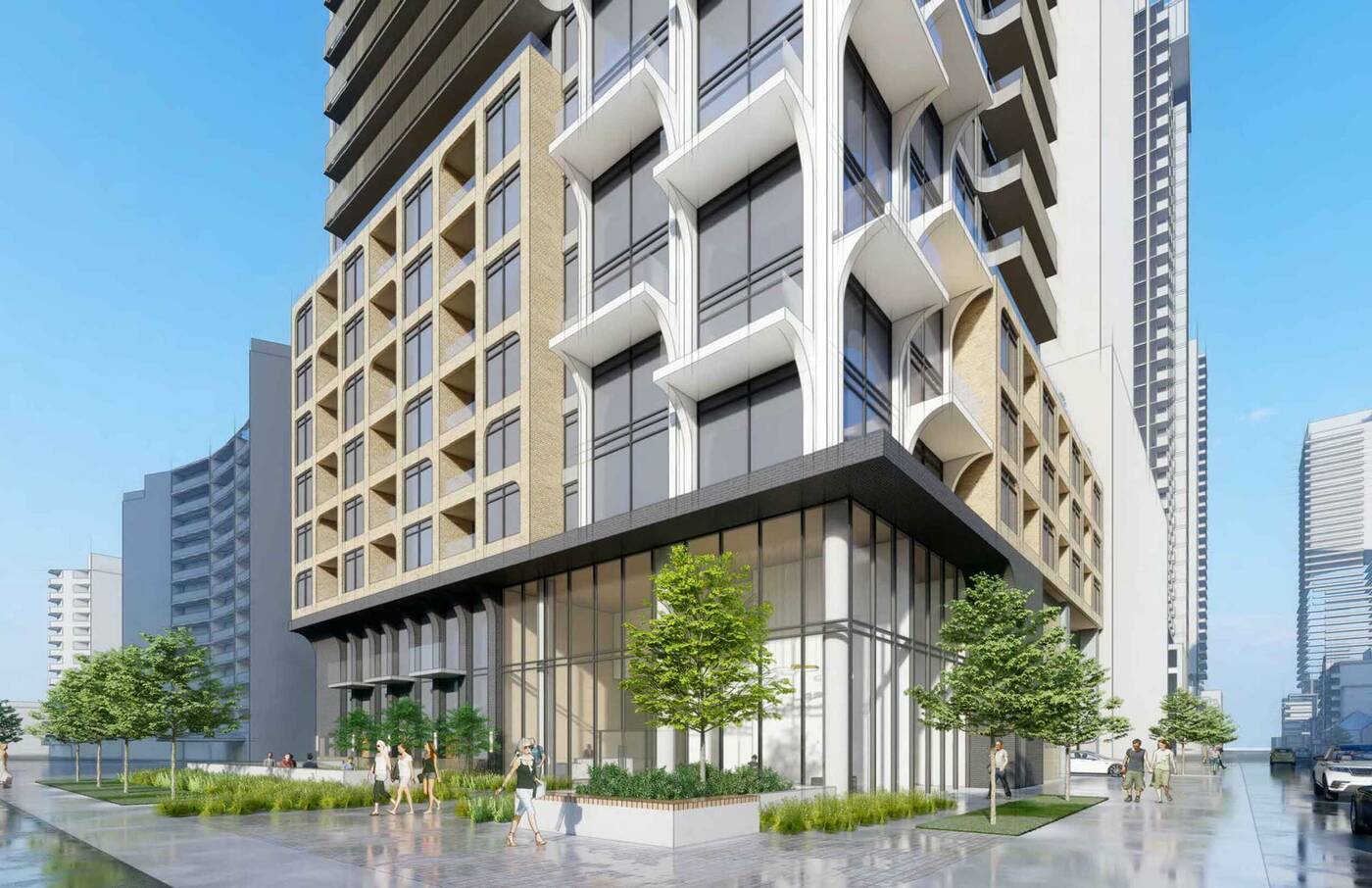 Looking southeast to open space at the base of 133 Erskine. Rendering by IBI Group.

The proposal seeks to maximize the land the current building occupies, part of a pocket northeast of Eglinton subway station that was built out with rentals in the mid-20th century but has since fast become Midtown's condo alley.