The cost to rent an apartment is increasing in Toronto along with everything else in Canada.

The average rent in October for all property types in Canada was up 1.6 per cent year over year to $1,800, the first annual percentage increase this year, according to the latest National Rent Report from Rentals.ca and Bullpen Research & Consulting.

Toronto has the second highest rents in the country with average monthly rent in October for a one-bedroom at $2,006 and for a two-bedroom at $2,678. Vancouver tops the list of 35 cities. 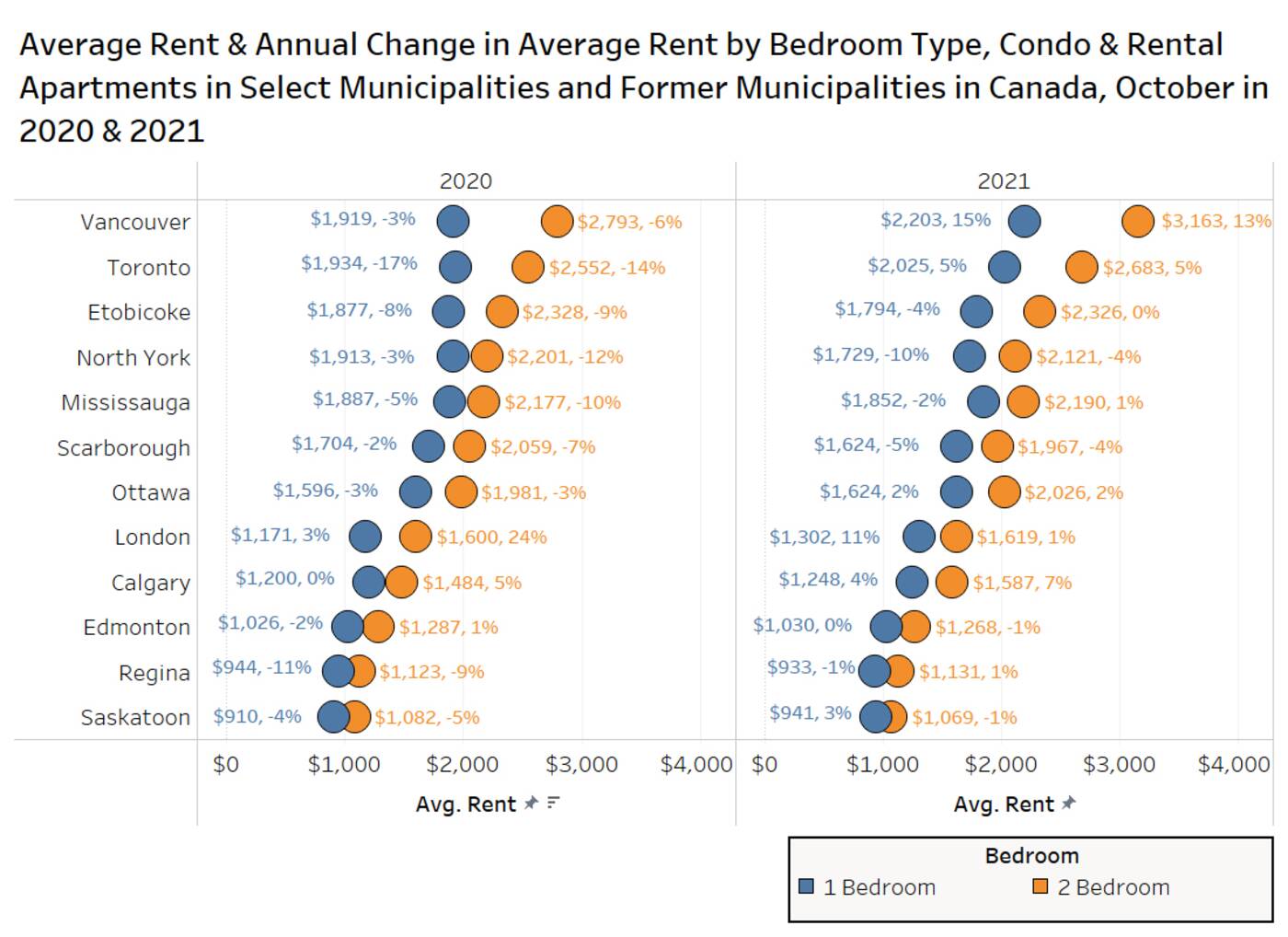 But rents are still not back at pre-lockdown prices. Toronto had the biggest decline in rent in October 2020 at 17 per cent, but has bounced back in October to an increase of 4 per cent.

The city saw average rents up five per cent in October for both a one- and two-bedroom condo rental and apartment, after being down in October 2020 by 17 per cent and 14 per cent respectively.

"The rental market continues to see increased demand and higher rent levels as the country returns to normalcy from the pandemic. Most of Canada's major cities experienced rent declines of 5 per cent to over 15 per cent at this time last year, but most of those markets are now up 2 per cent to 5 per cent since then, so still well below 2019's market peaks," says Ben Myers, president of Bullpen Research & Consulting.

But Myers expects prices will continue to climb.

"The domestic market could exceed those peaks in 2022 with continued strong growth expected," he says. 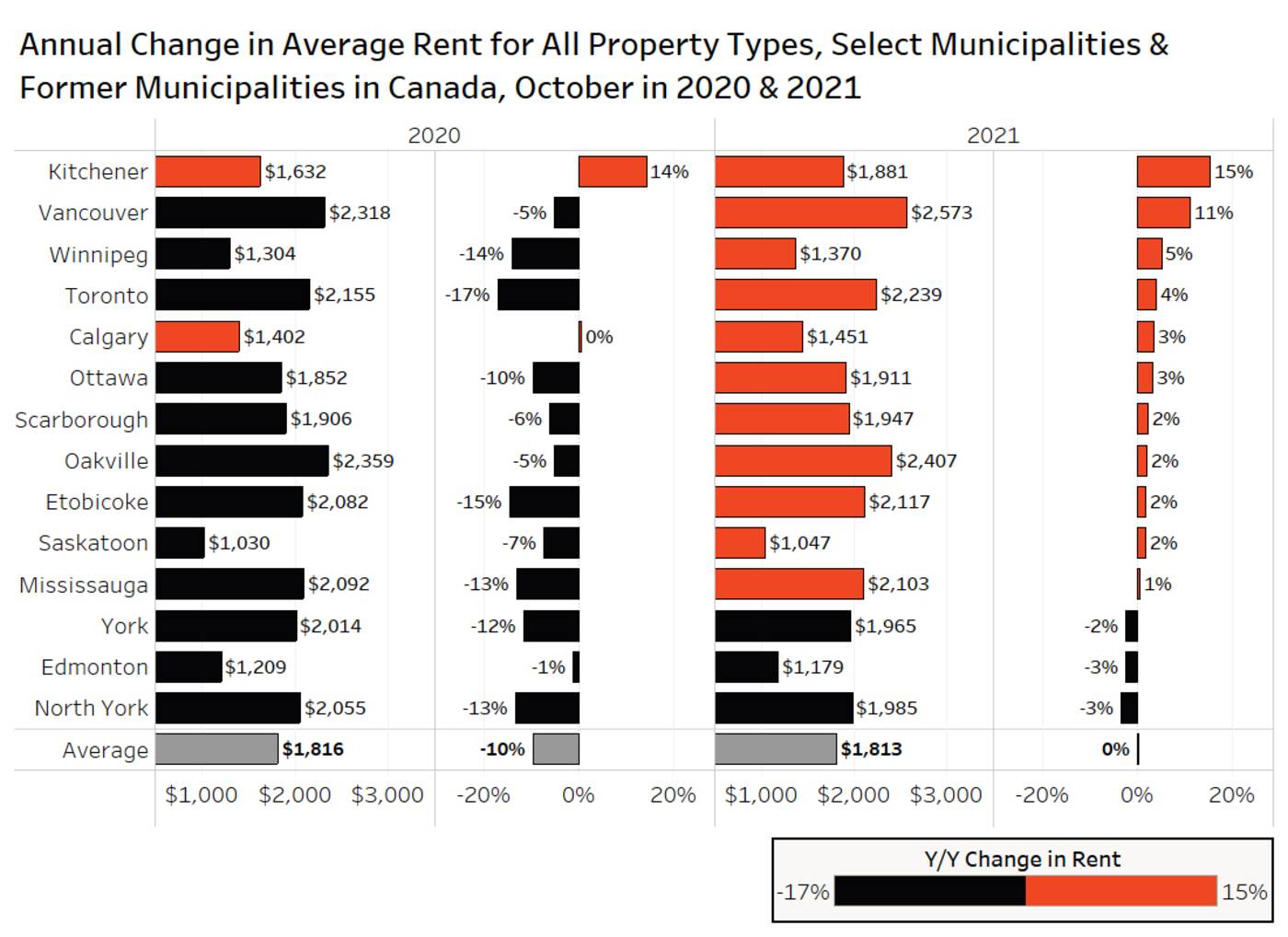 Those looking to move out of the city, aren't getting much relief.

But Kitchener experienced the largest annual increase in average rent for all property types at 15 per cent in October. The average annual rent in Kitchener also increased in October 2020 by 14 per cent.

People are moving to Kitchener looking for affordable options for larger units outside downtown centres such as Toronto, the report notes.

As the work-from-home trend continues more people could moving just outside of Toronto — and with that, the downtown core continues to be a ghost town.