The University of Toronto Scarborough Campus (UTSC) will soon have a new building celebrating Indigenous culture, as the institution prepares for the construction of its new Indigenous House project.

This new building will offer over 10,000 square feet of cultural and learning space dedicated to Indigenous culture, positioned at the edge of the natural Highland Creek ravine just south of UTSC's Instructional Centre.

Bringing a new Indigenous facility to the campus is one of the university's many responses to calls to action of the Truth and Reconciliation Commission of Canada, according to Professor Wisdom Tettey, U of T vice-president and principal of U of T Scarborough.

And construction is now just around the corner for the new building, with Shannon Simpson, U of T's director of Indigenous initiatives, and Michael White, director of U of T's First Nations House, recently performing a ceremony, blessing the land for the coming start of work.

Construction is about to begin on Indigenous House, a new @UTSC gathering place dedicated to learning about Indigenous culture & ways of knowing. #UofT https://t.co/uDFQZ31yno

The two-storey building, designed by Formline Architecture and LGA Architecture Partners, will serve many functions, providing office space for the campus Elder, a large, circular gathering space for ceremonies, flexible research spaces, and a range of other student and faculty spaces. 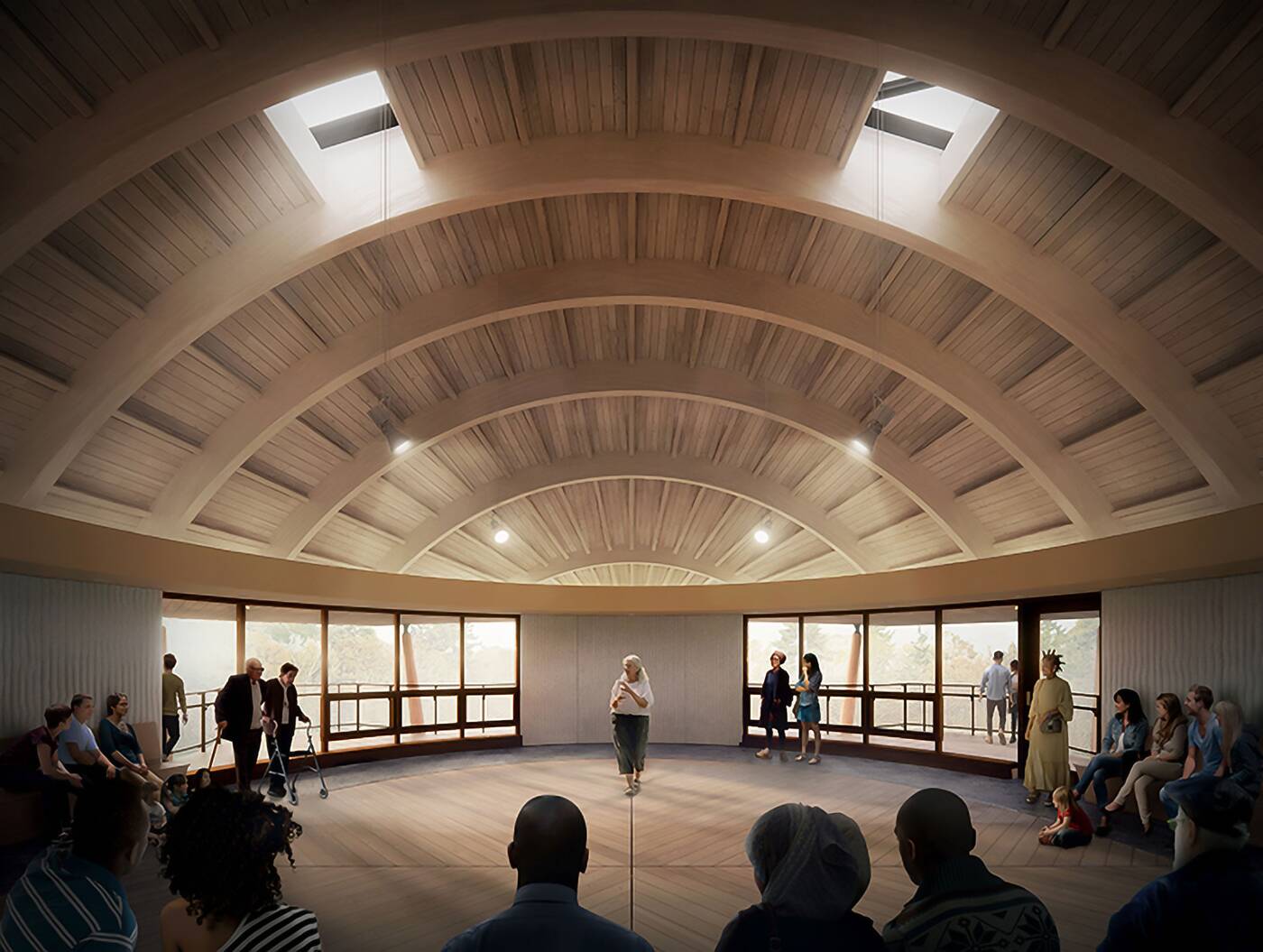 The circular gathering place will feature an outdoor observation deck overlooking a garden.

Features are included in the design that answer directly to the building's proposed use, informed by consultations with Indigenous communities, Elders, knowledge keepers, students, faculty, and staff.

One example is the use of heat sensors in place of industry-standard smoke detectors, which will serve the same purpose while allowing smudging practices that involve the burning of sacred plants without triggering alarms.

The circular space will include an observation deck overlooking a garden with native plant species like birch, tamarack, and eastern white pine trees, plus additional plants that hold significance in Indigenous communities. A sunken learning garden will feature edible and pollinator gardens. 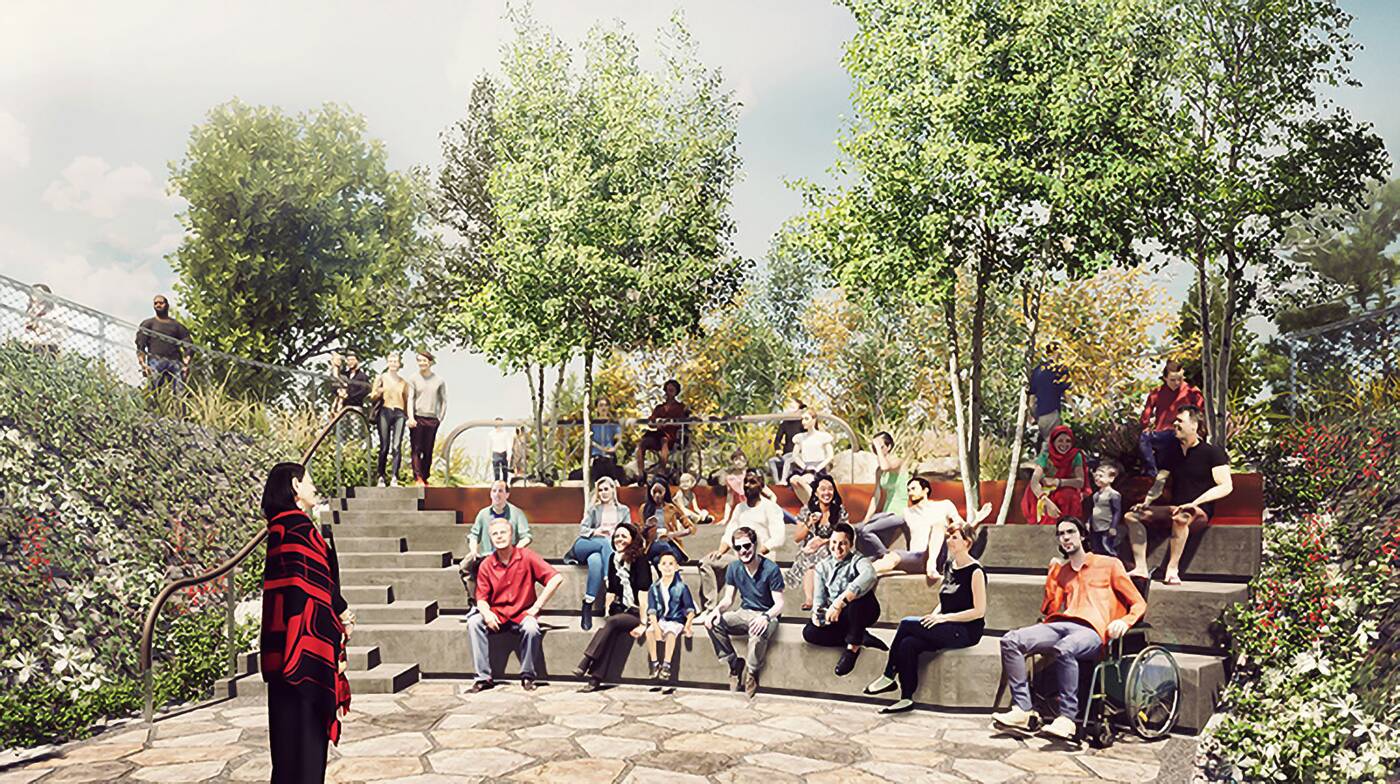 The garden will feature a range of native plant species, including several with significance in Indigenous cultures.

Alfred Waugh, principal architect at Formline Architecture, describes the building as an homage to local Indigenous cultures, himself a member of the Fond du Lac Denesuline Nation of Saskatchewan.

Elements like the diagrid of curved glue-laminated timber — or glulam — were inspired by design cues like winter wigwam and longhouse structures.

These traditional structures also served as inspiration for the building's temperature regulation, drawing fresh outdoor air and passing it through an underground intake to natural heat and cool.