Like much of the city, Toronto's car-dependent inner suburbs are undergoing a transformation fuelled by an insatiable demand for new condo and rental units. These suburban tower proposals are getting bolder as of late, with ambitious designs that would be right at home in the downtown core.

Not necessarily an area one would associate with density, what is currently a collection of nondescript business parks southwest of the Victoria Park and Sheppard intersection is due to be redeveloped with several multi-tower communities that will give this pocket of the 'burbs a distinct identity.

One example of a large-scale development now approaching reality in this changing area of the city is a plan from developer Collecdev to bring a multi-tower community to the west side of Victoria Park at Consumers Road, mid-way between Sheppard and Highway 401. 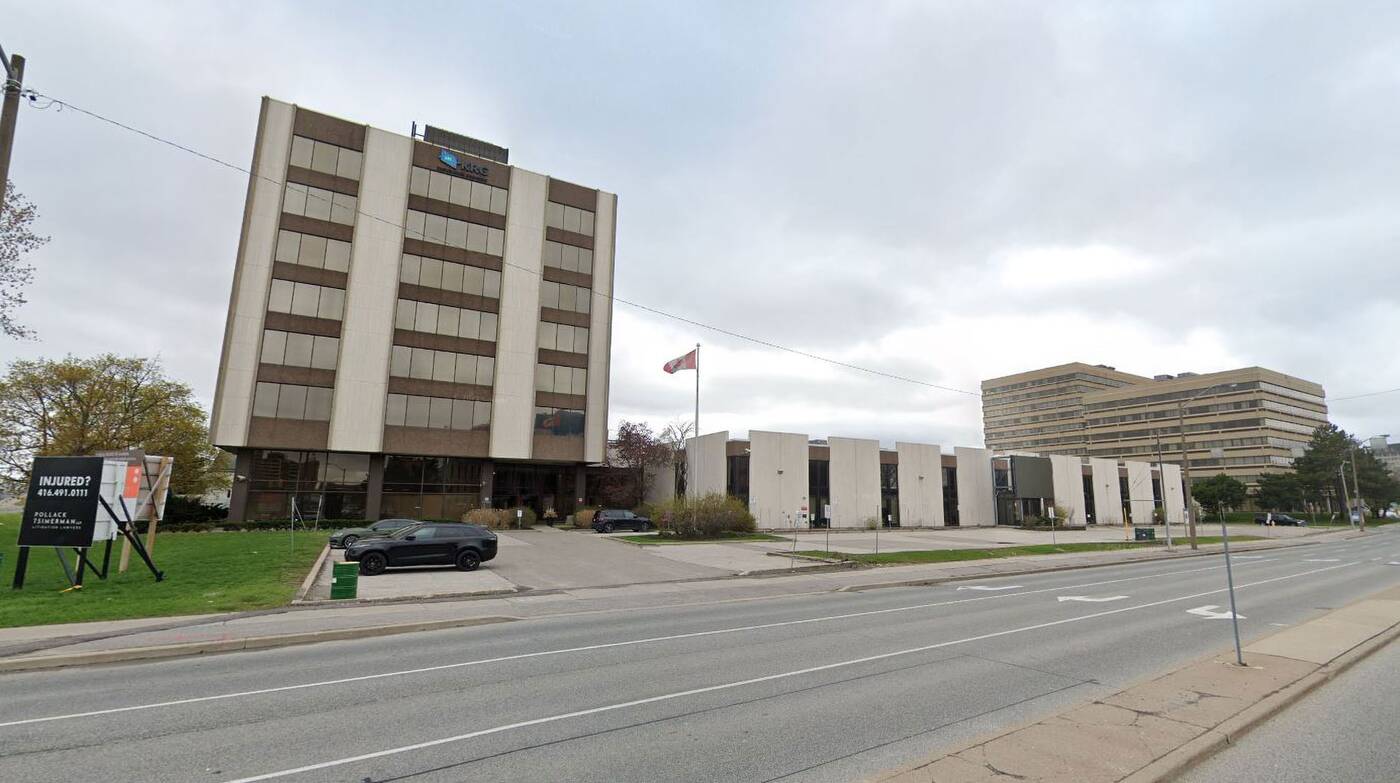 The existing buildings at 2450 Victoria Park Avenue, which would be replaced by new condo, rental, and office space. Image via Google Street View.

The developer hopes to redefine the 2450 Victoria Park site with a group of futuristic, glittering towers designed by architects gh3. Rounded tower corners and facades with alternating balcony screens would give these towers a distinctly urban look amongst their suburban surroundings.

A north block would feature 28- and 20-storey towers inclusive of a shared six-storey podium. To the south, plans call for a 24-storey tower and an 11-storey mid-rise, the latter to feature a 62-space child-care facility. 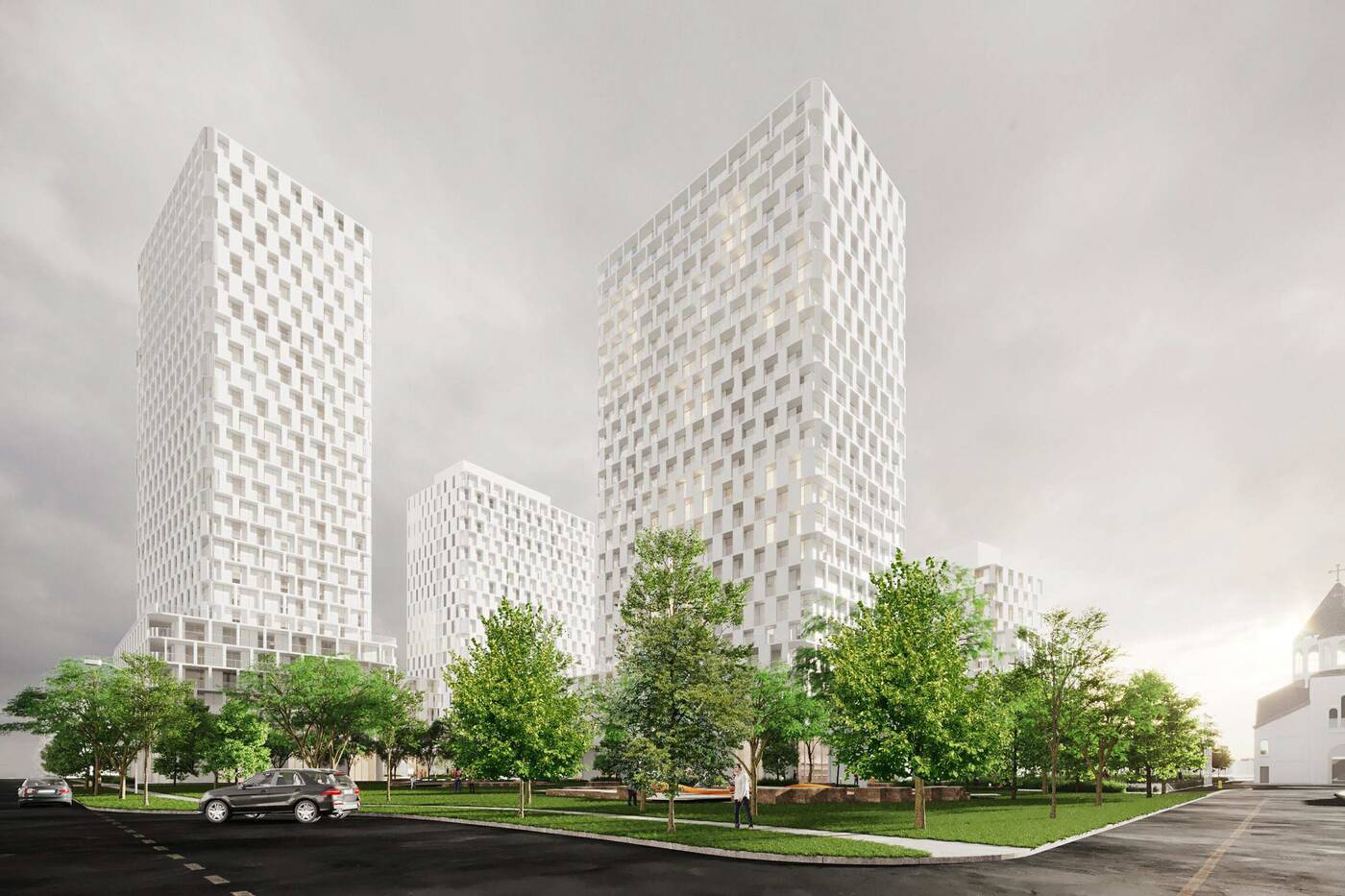 Residents of the complex's proposed 925 condo units and 104 rentals, tenants of over its over 5,000 square feet of office space, and the surrounding community would all be treated to new outdoor spaces and a network of walkways tying the buildings together. 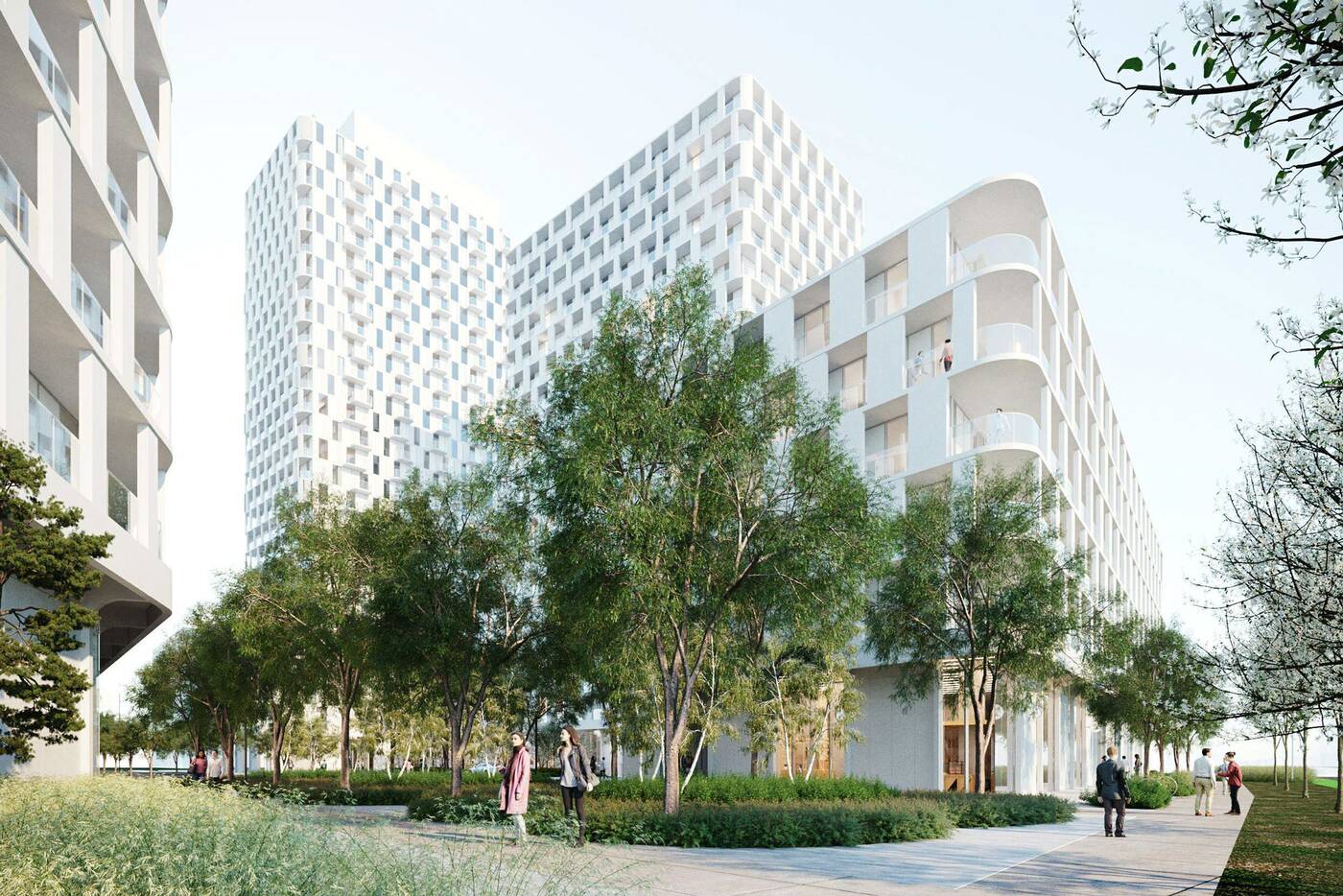 Walkways are proposed to link the buildings and public spaces. Rendering by gh3.

This would include privately-owned public space, as well as a public park contribution of 2,850 square metres. 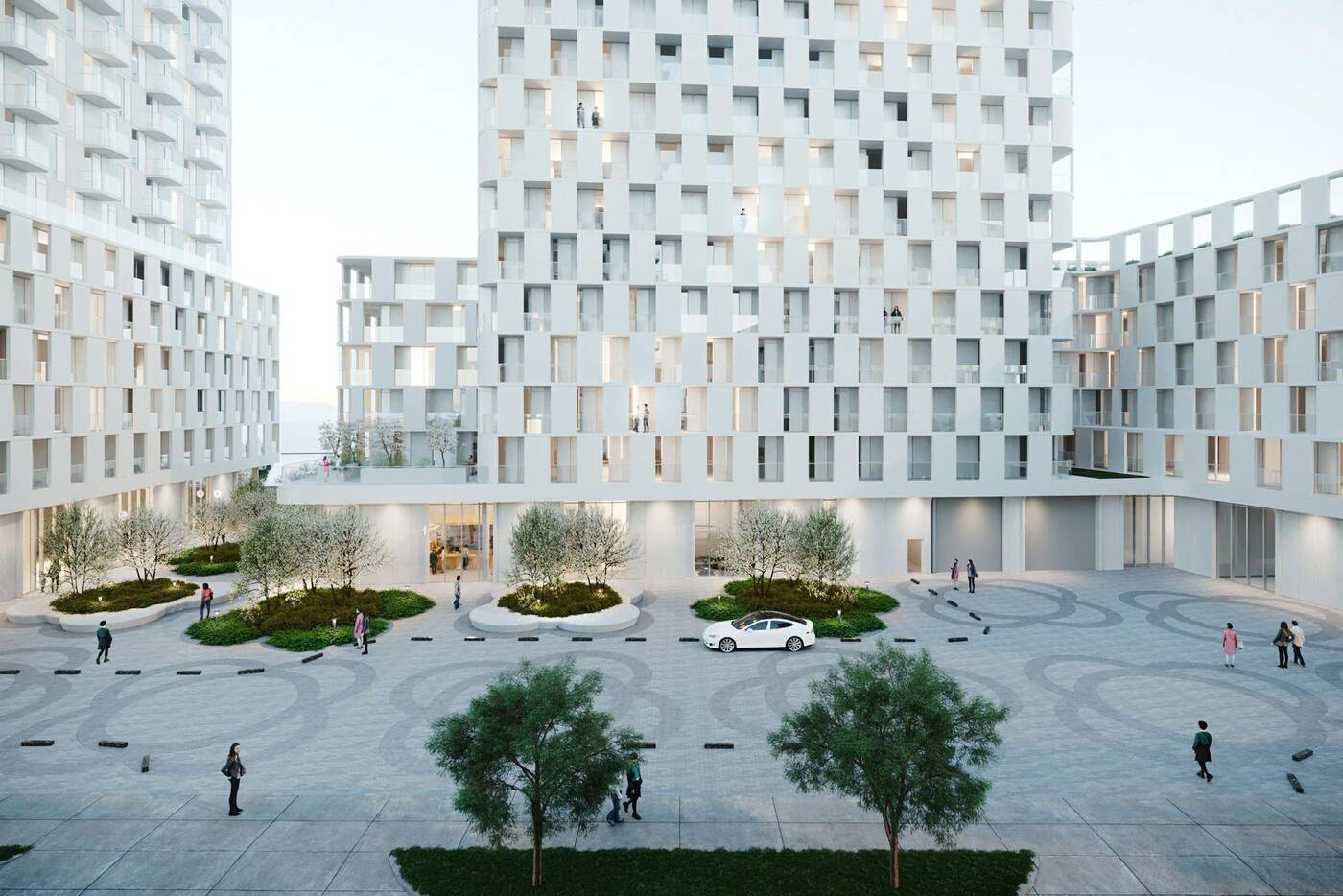 A courtyard would be framed by the new buildings. Rendering by gh3.

While the renderings offer up some great new eye candy, plans to build a group of towers on this site have been brewing for close to a decade now.

A revised proposal landed at City Hall just over four years ago, though, with city planners inundated with applications to process, the proposal fell by the wayside, opening the door for the developer to appeal to the Local Planning Appeal Tribunal (since renamed the Ontario Land Tribunal).

That appeal led to negotiations that resulted in a conditional approval of the project in November 2020, which has shaped the latest plans submitted this past October.