Say goodbye to drive-thru double doubles: a Tim Hortons right off Highway 401 is slated to make way for a new condo.

An application for an 11-storey mid-rise has been submitted for a plaza at 2499 Victoria Park Ave. 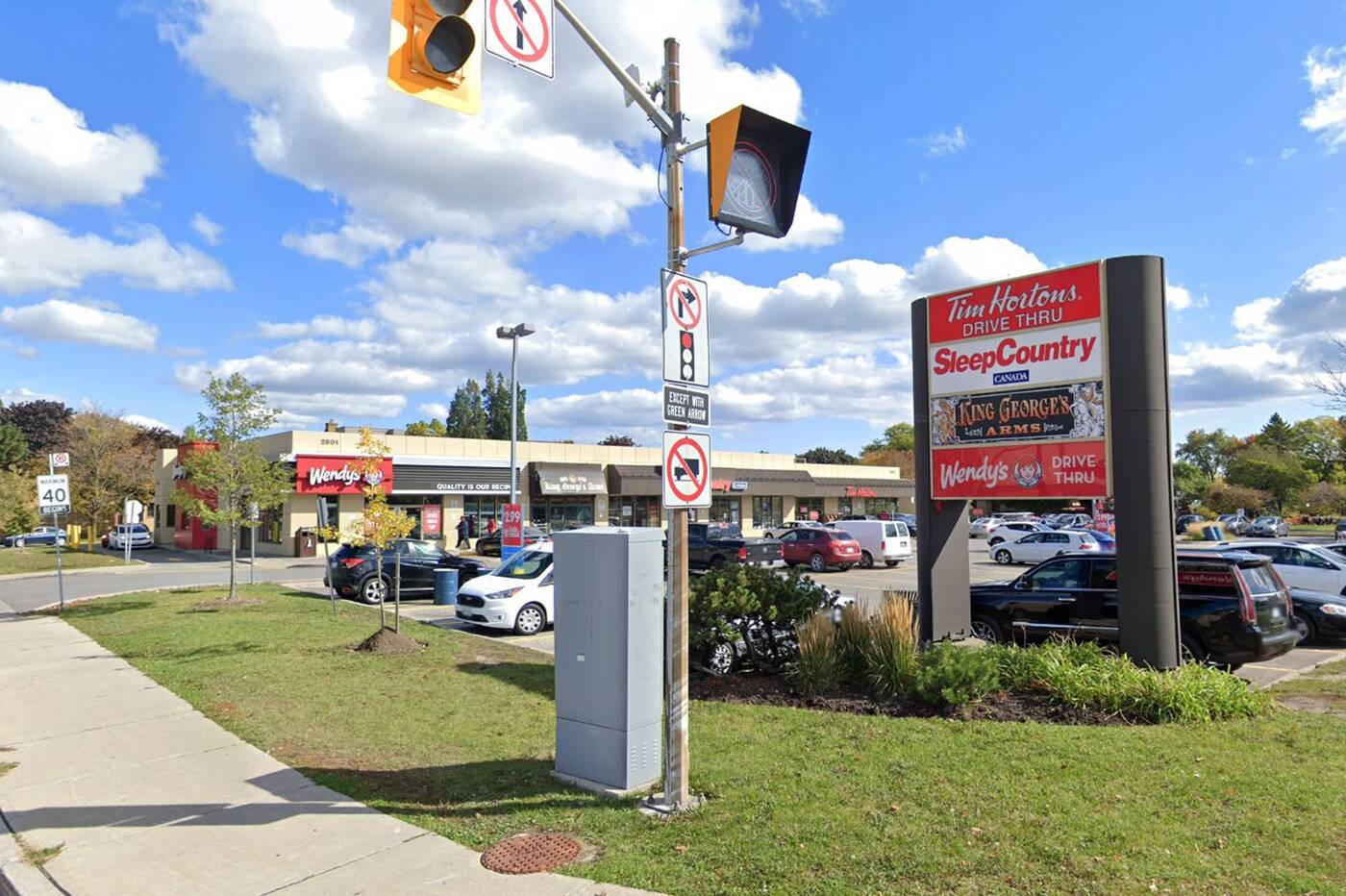 Both commercial buildings will meet the wrecking ball to make way for SmartCentre's proposal. 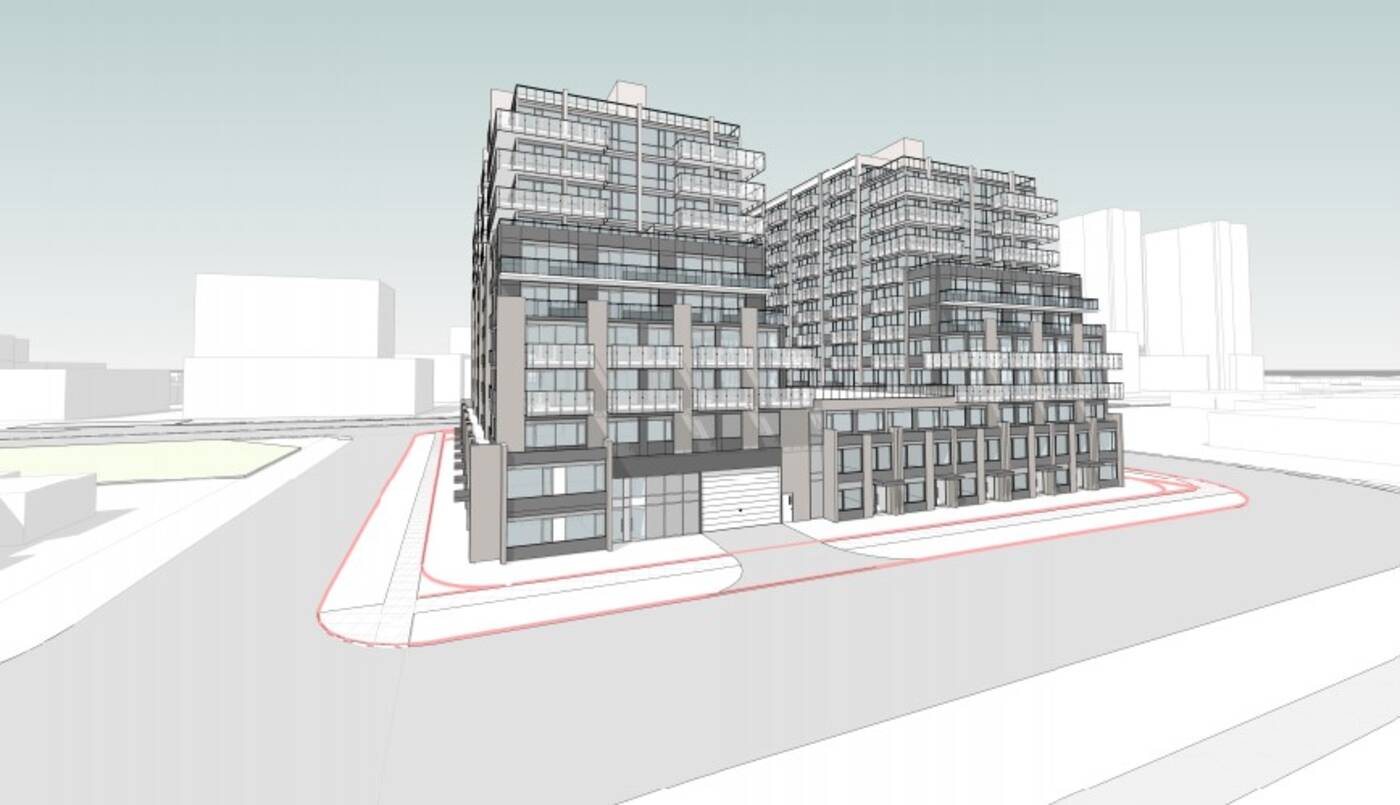 An 11-storey mid-rise with retail at grade will replace the plaza. Photo by SmartCentres via City of Toronto application.

Their plans for the 1.25-acre site is a mixed-use residence with 354 new units. That includes two-level integrated townhouse units along Meadowacres Drive. The new development will bring 177 new parking units and 271 bike spots.

There are only preliminary renderings included in the proposal, but SmartCentres has identified a two-tone palette with inset balconies. 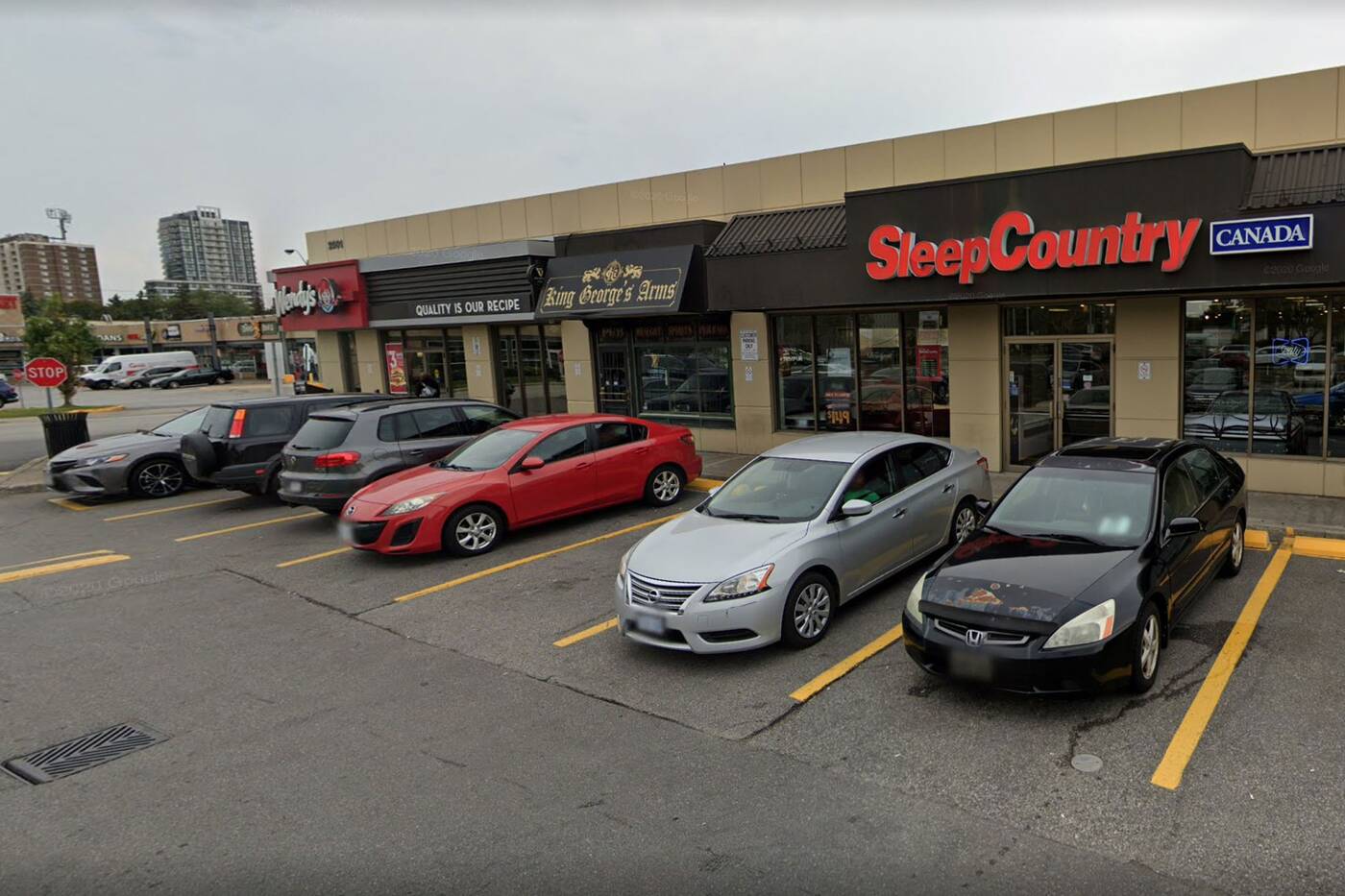 According to the application, SmartCentres and 401-Victoria Park Developments Ltd. have met with Cllr. Jim Karygiannis of Ward 22 and Cllr. Shelley Carroll of Ward 17 ahead of their submission.

There will be more than 5,500 square feet of retail space sitting at-grade along Victoria Park. Whatever stores move in will hopefully have replacements for friendly draught beer, Frostys, and doughnuts.