The heart of Toronto's LGBTQ+ community could soon look a whole lot different, a pair of new buildings planned to rise from the northwest corner of Church and Wellesley.

ONE Properties has been planning a redevelopment of the corner for several years now, though an updated application could soon bring about the end of a block home to existing businesses, including Amor Fusion Doner & Kebab, The Window, and Dead Dog Records.

If granted final approval, this transformative project would fundamentally alter the look and feel of The Village's primary intersection.

Branded simply as "Church and Wellesley," the project has been resubmitted with city planners, reappearing with a reimagined design — stemming from a June 2021 Ontario Land Tribunal decision — that includes a condominium tower and a rental mid-rise building. 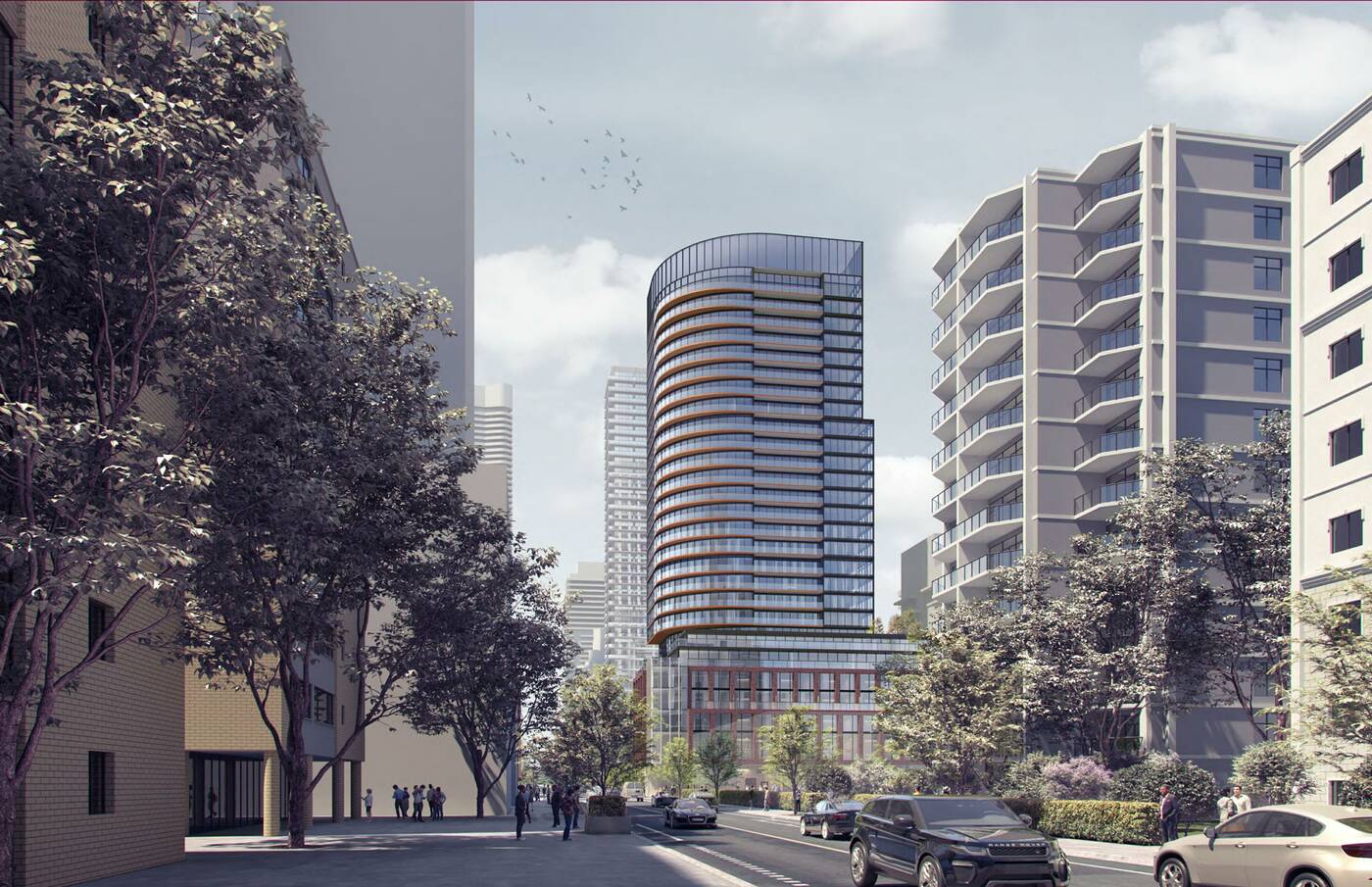 In place of the old proposal's lavish design from Copenhagen-based architects 3XN, the plan got a full top-to-bottom redesign in 2018 by local firm Graziani + Corazza Architects, known for projects like the famously-ugly Aura at College Park.

The firm is now back with another redesign, this one taking a different approach than its predecessors.

What was once a very ambitious ask of 43 storeys was whittled down to 39, before getting lopped down even further to the 28-storey and seven-storey heights now being proposed. 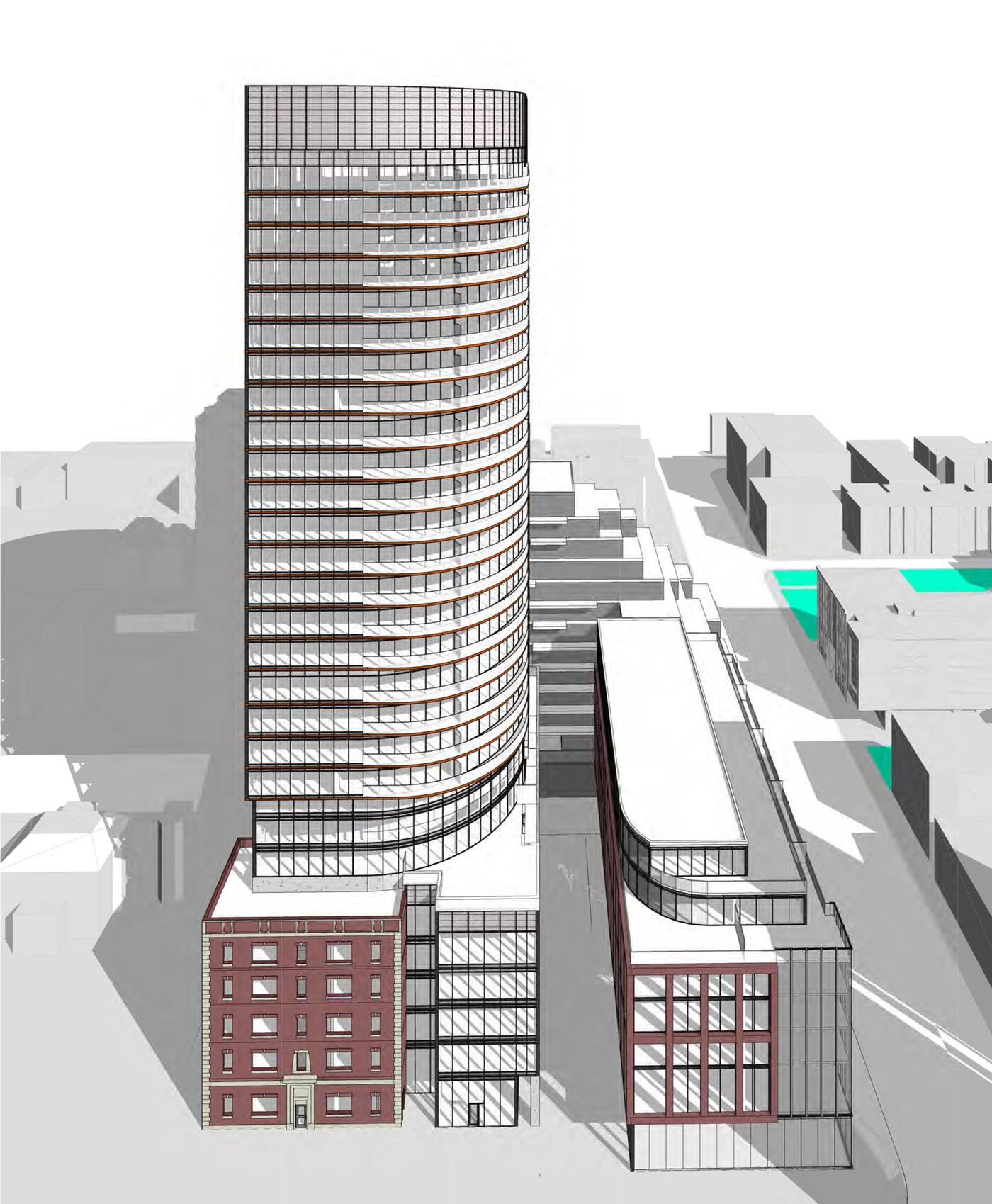 The taller west tower would retain portions of the heritage building at 64 Wellesley Street East and contain 293 condo units. The shorter east building would front the corner of Church and Wellesley, including 76 rentals.

And unlike the bold aspirations of the Danish architecture firm that came before, the developers have really lowered their architectural ambitions starting with the 2018 plan.

The firm in charge of the current and previous design is best summed up in a passage from a 2017 Globe article, where the paper's architecture critic challenges Barry Graziani on a rendering of the Aura tower versus reality. Graziani reportedly laughed at the critique, replying "That's the rendering, and in Toronto, you build to a budget."

For the sake of The Village, let’s hope that Graziani + Corazza are given more of a budget to work with this time around.