What was once two properties, including the 1905 Isaac Scott House, is now a 2011 custom built mansion that might just be better built than The Doomsday Seed Vault.

The Tudor Revival style home at 89 Kingsway Crescent is one of the biggest and best built houses in the neighbourhood, or at least according to the listing. 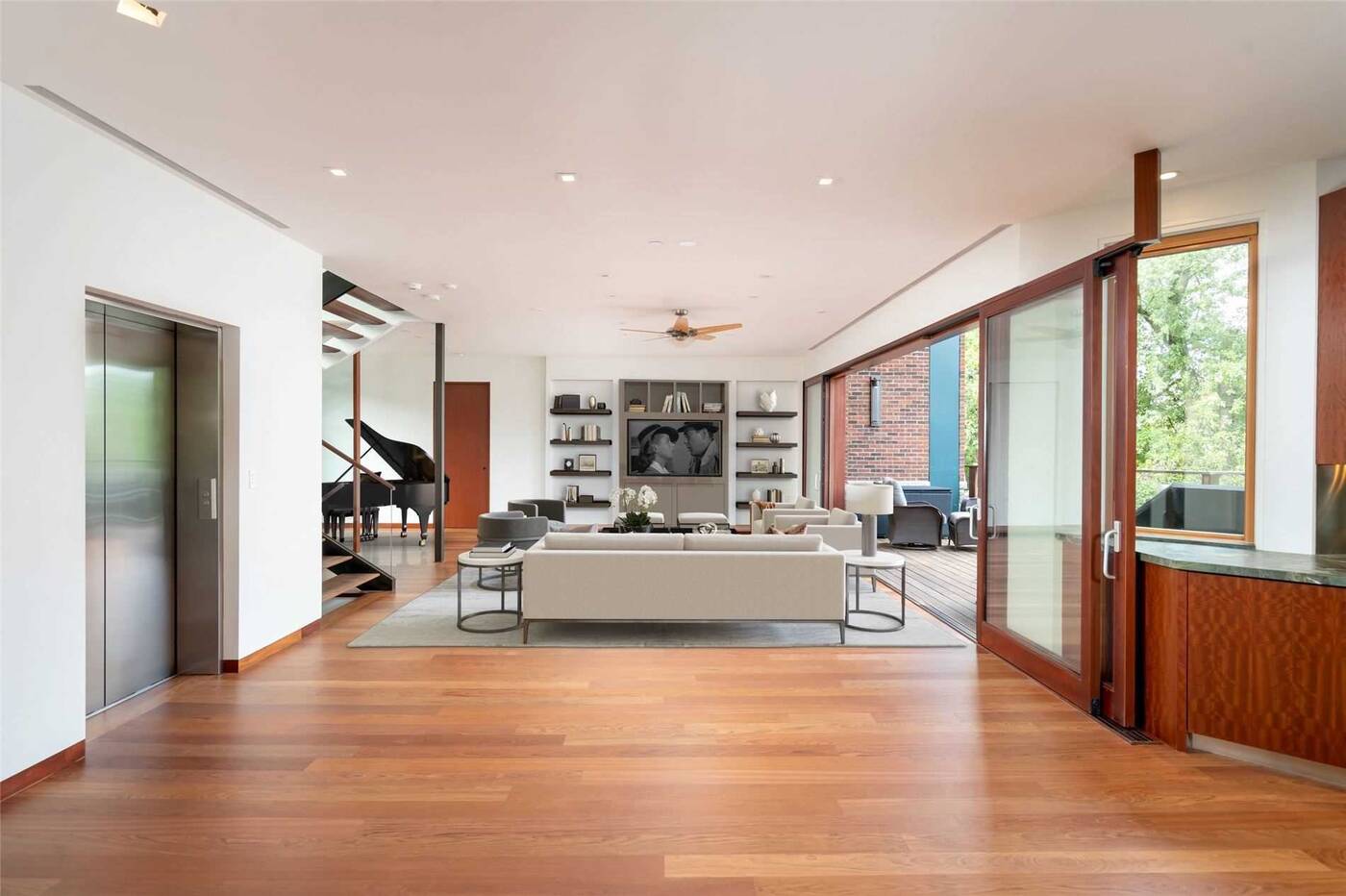 The open concept living room that opens to the patio.

It's been over-engineered and is future ready with features like geothermal heating and cooling systems as well as rooms that are individually sound and HVAC isolated. 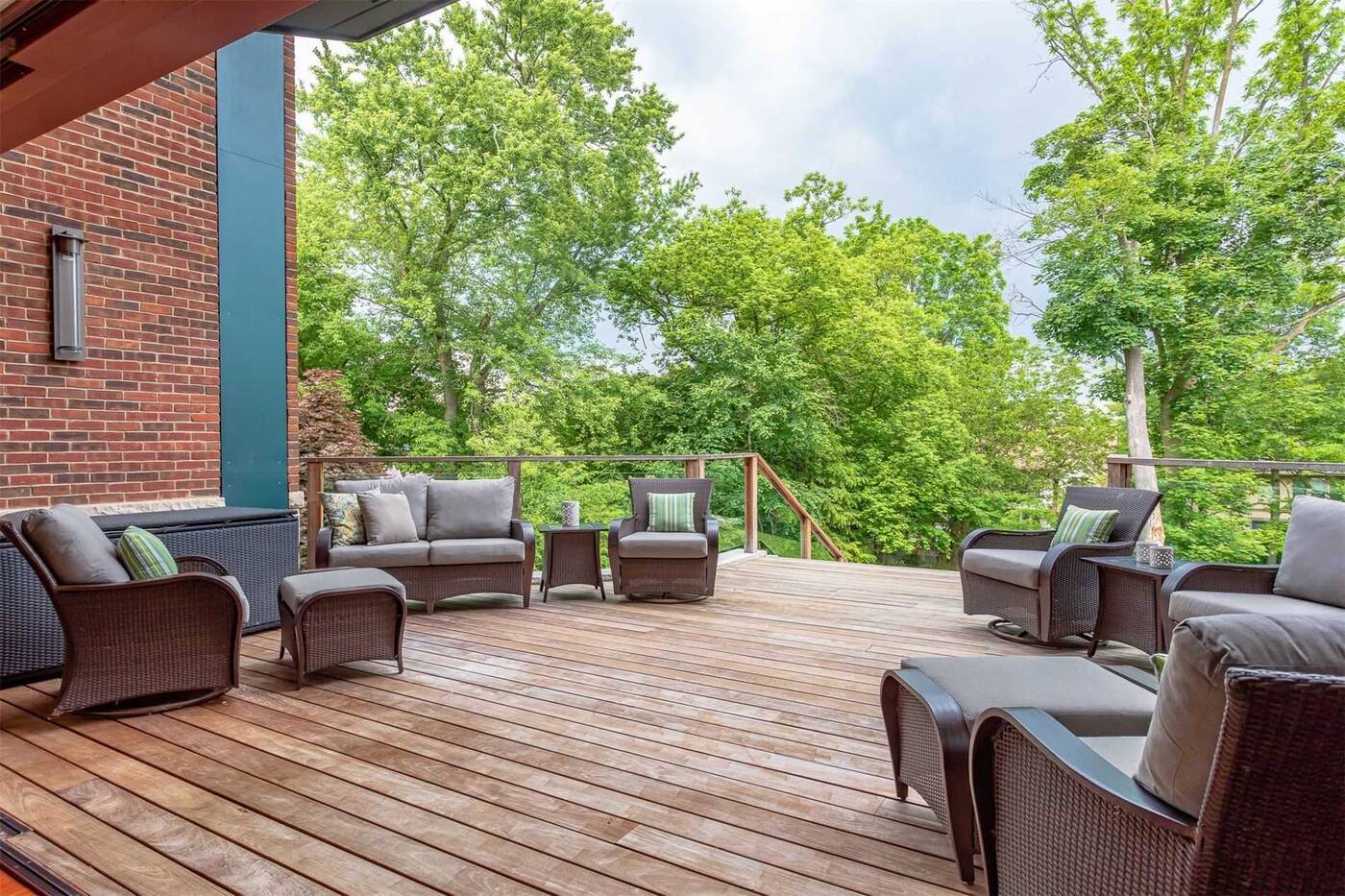 The later would come in handy in the event someone has, for example, a pandemic-related illness and needs to isolate. 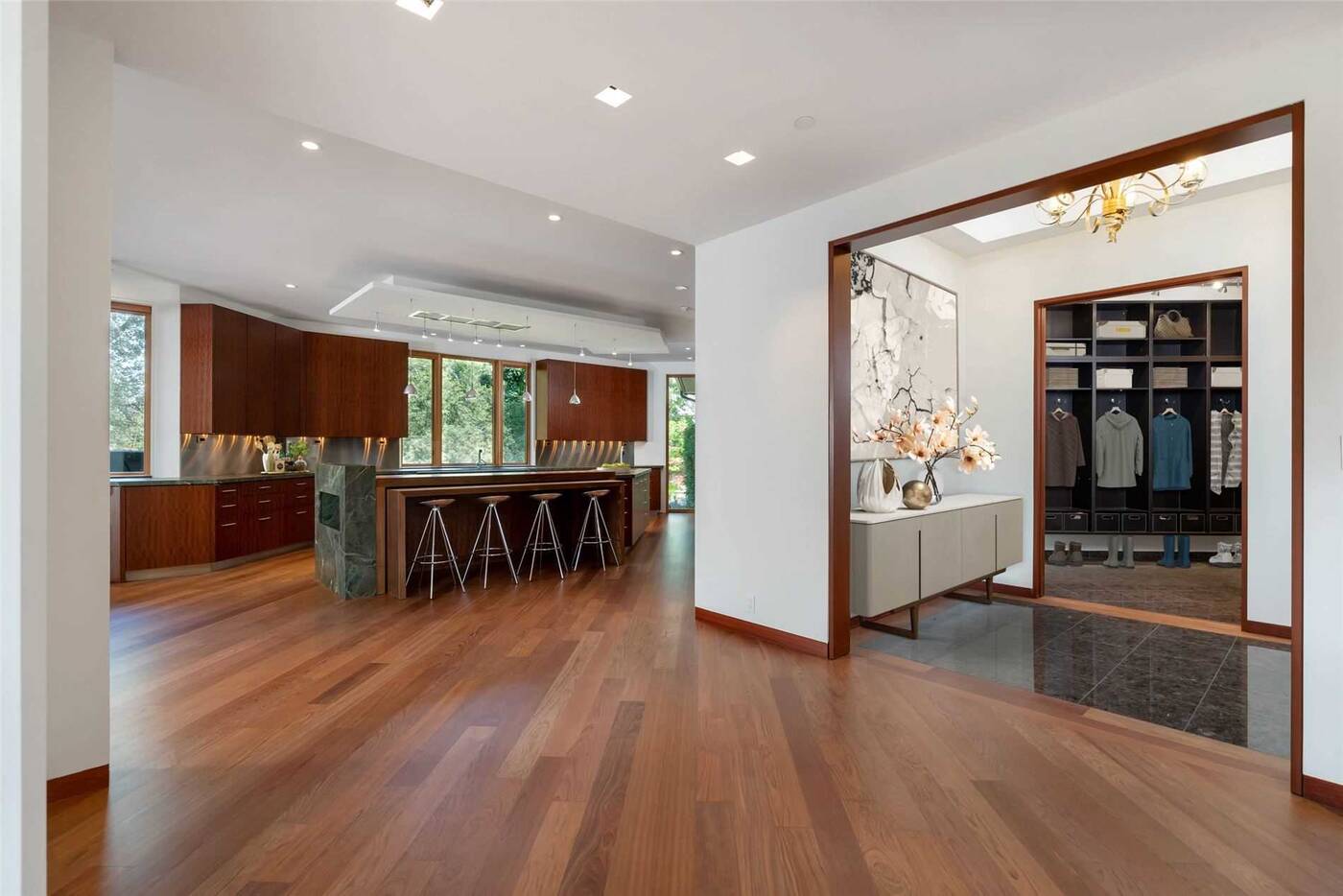 The kitchen off the mudroom and foyer.

The only thing missing from this future-proof mansion in Etobicoke is a bomb shelter. 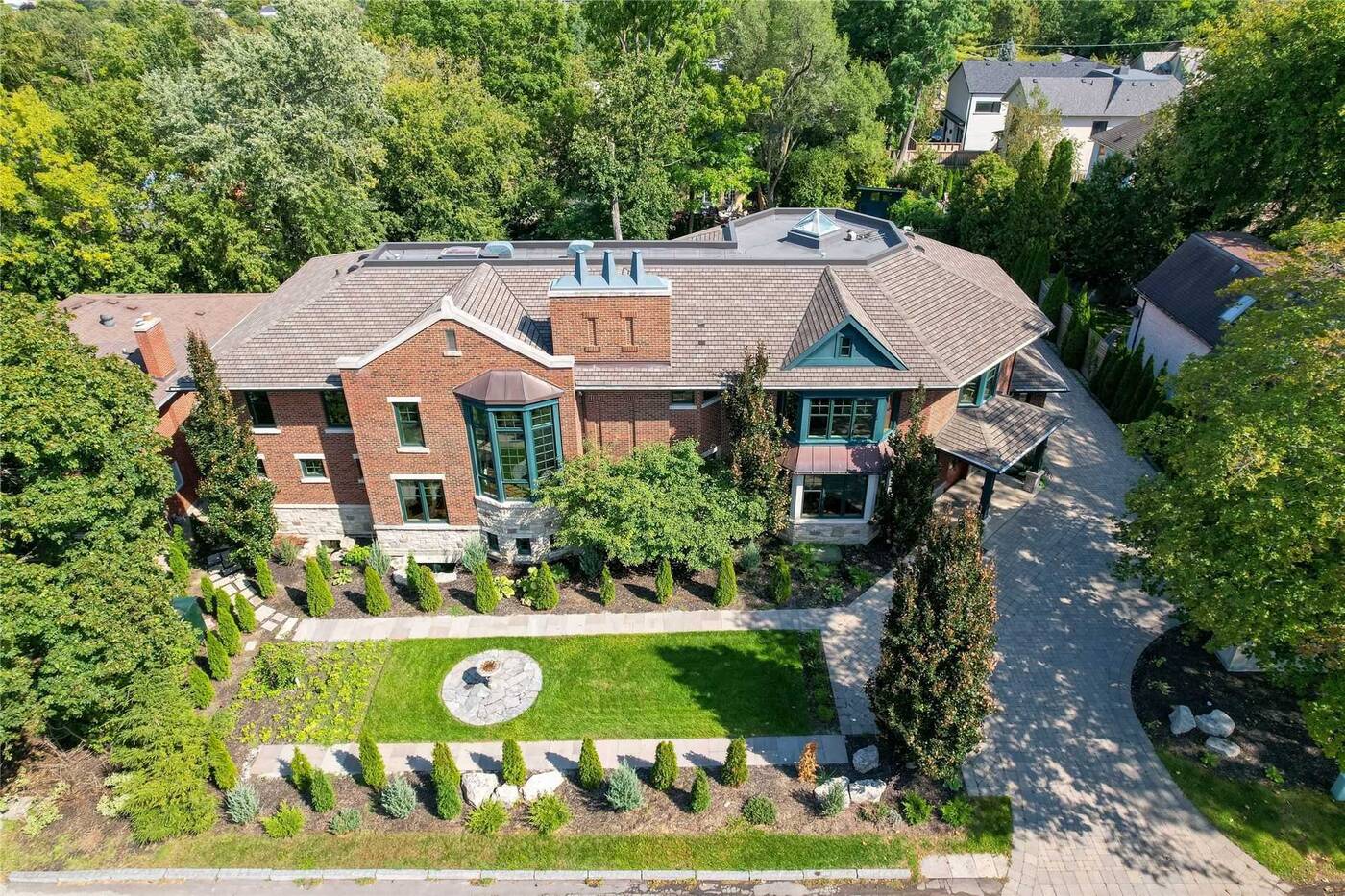 An aerial shot of 89 Kingsway Crescent.

The being said the home sits on half an acre of land so I'm sure you could put one in if you're worried about a potential nuclear winter or the zombie apocalypse. 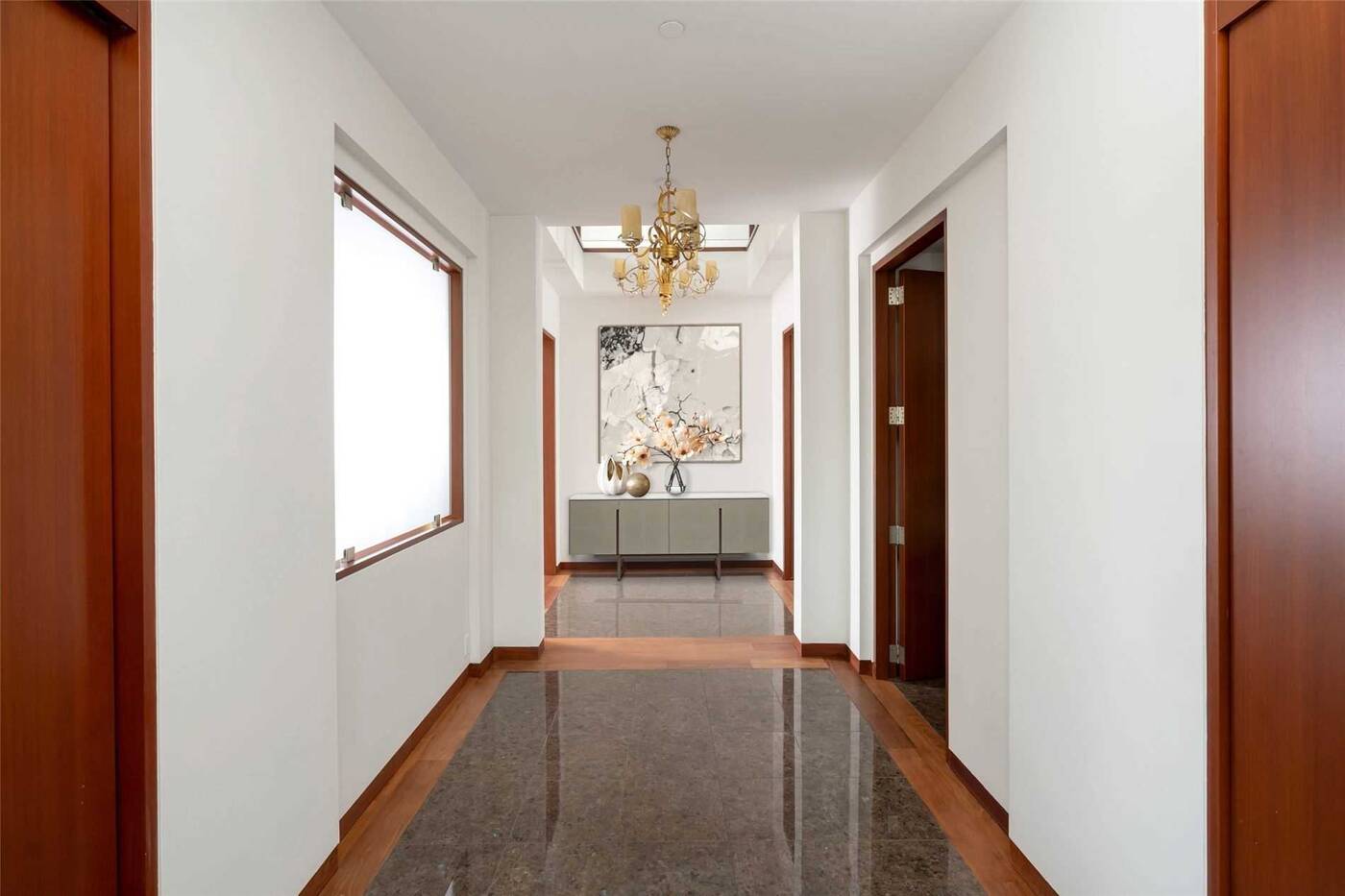 Jokes aside, the home is quite stunning. 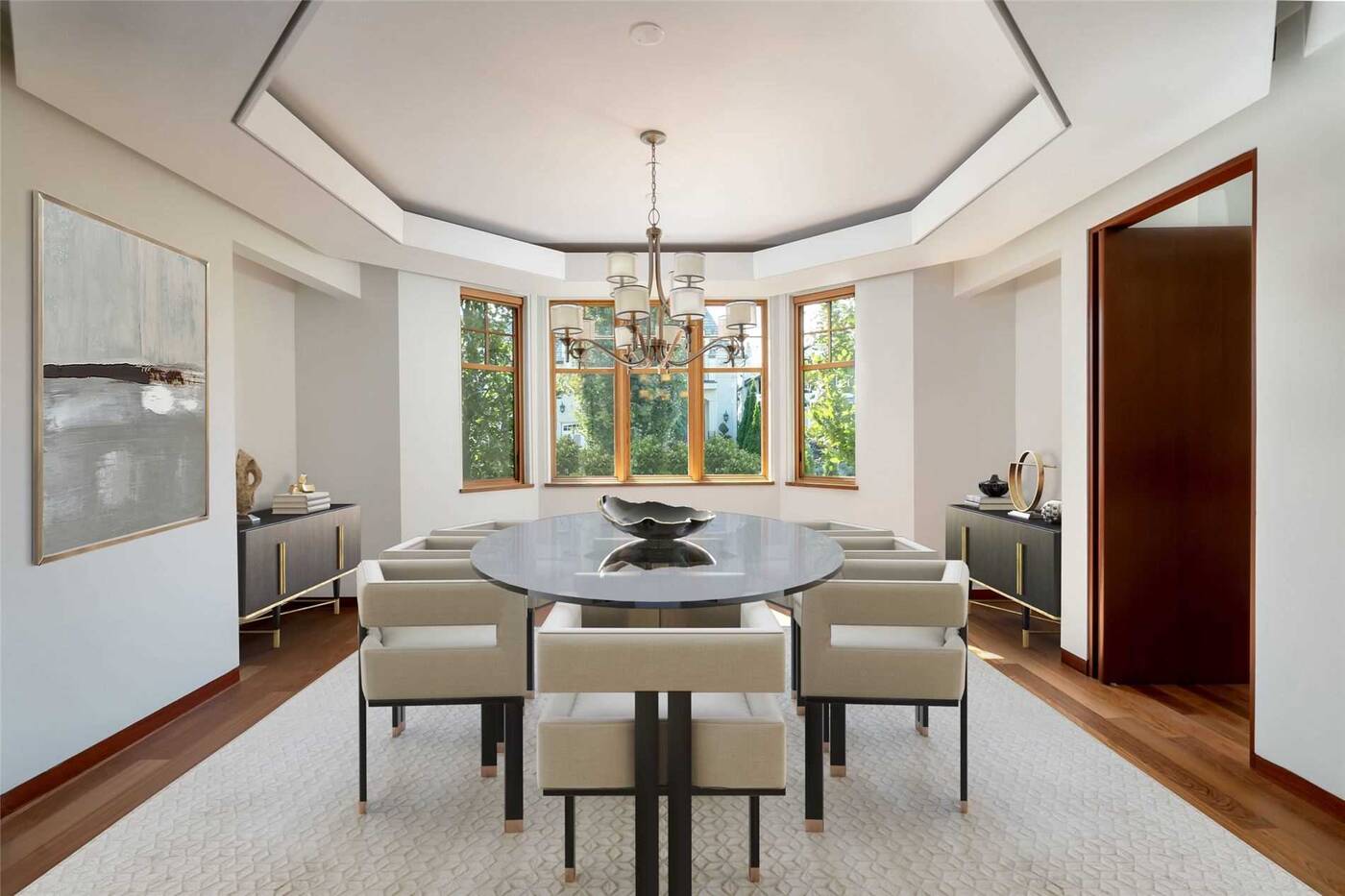 The dining room is attached to the kitchen making it perfect for entertaining.

The interior is spacious and bright with lots of lovely warm wood accents and soaring 11-foot ceilings. 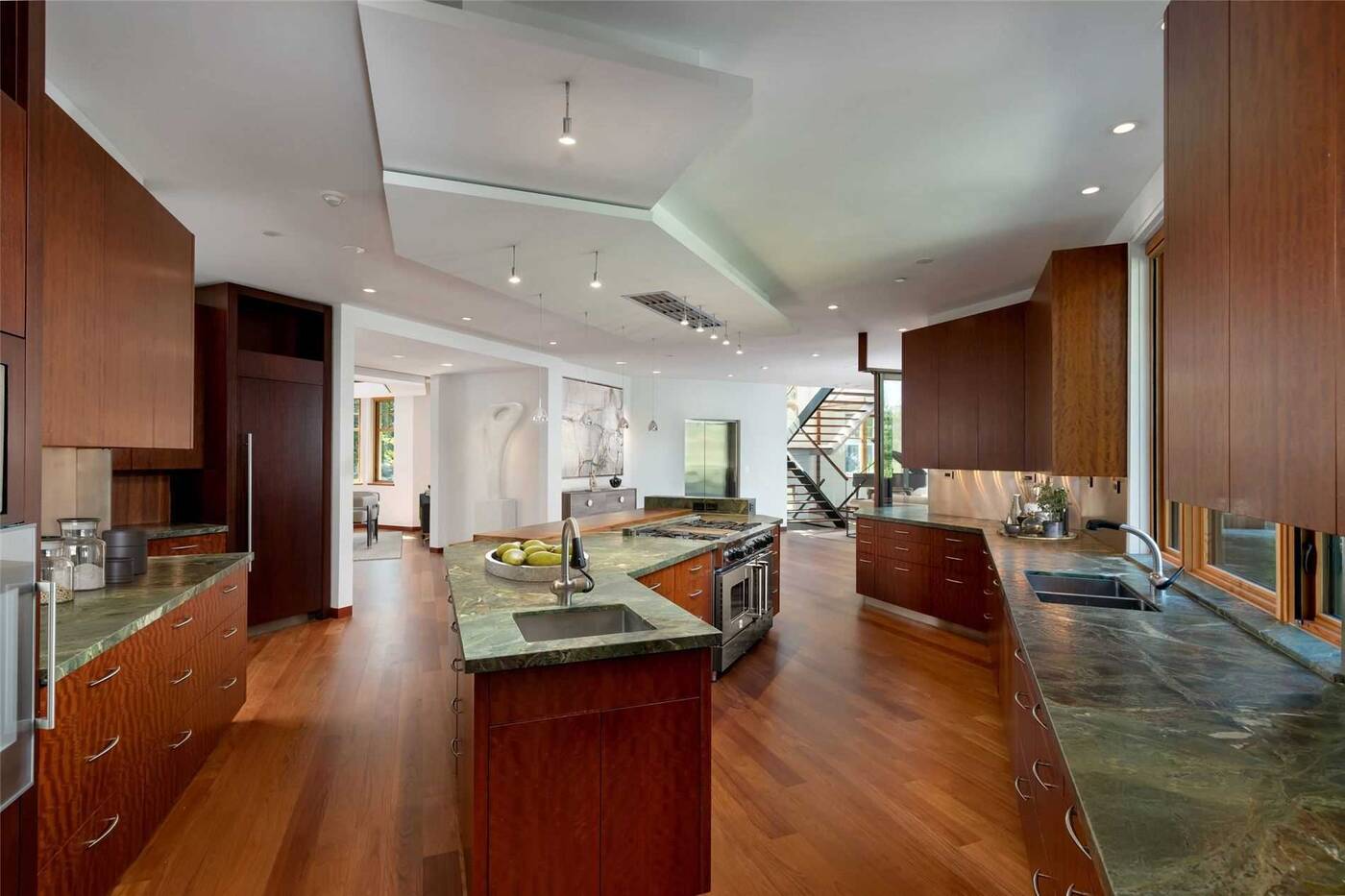 The ktichen with hardwood floors, stainless steel appliances and a centre island.

The kitchen is inspired with three ovens, a large gas cook top and all the high-end appliances you could want. 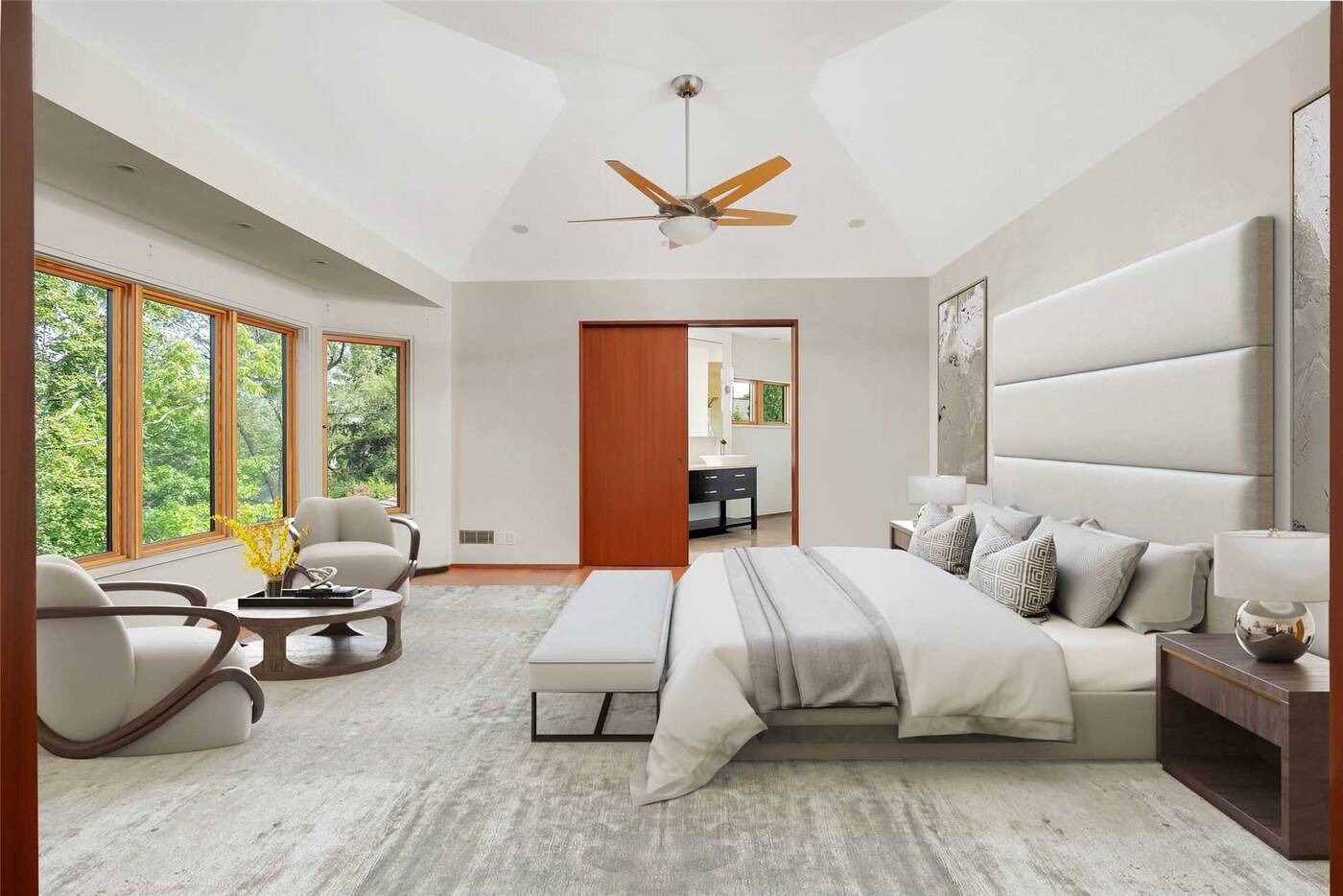 The primary bedroom has a seven-piece ensuite and a walk-in closet as well as it overlooks the backyard.

There are five bedrooms, eight bathrooms and 12,000-square feet of living space. 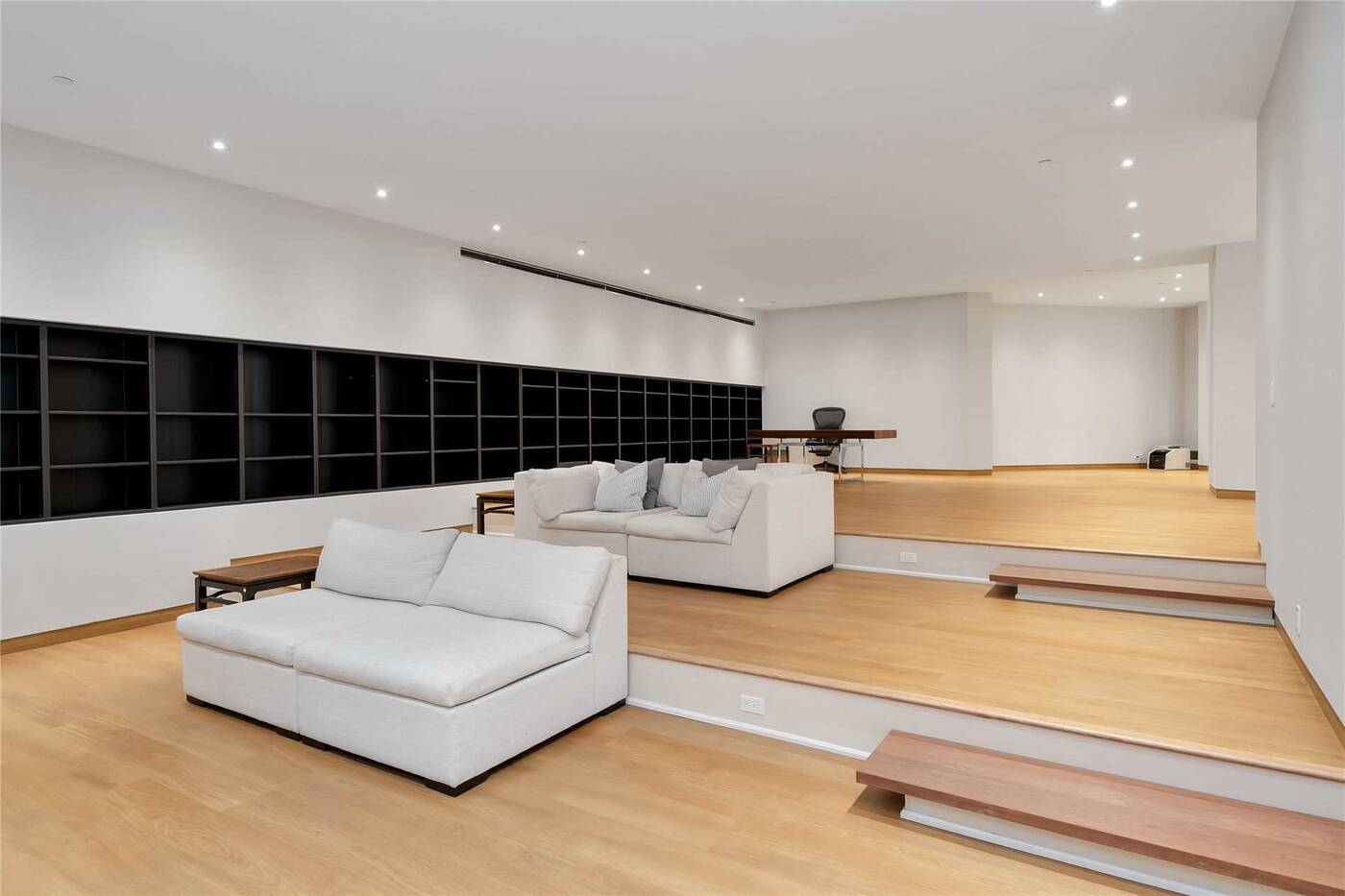 The media room in the basement. 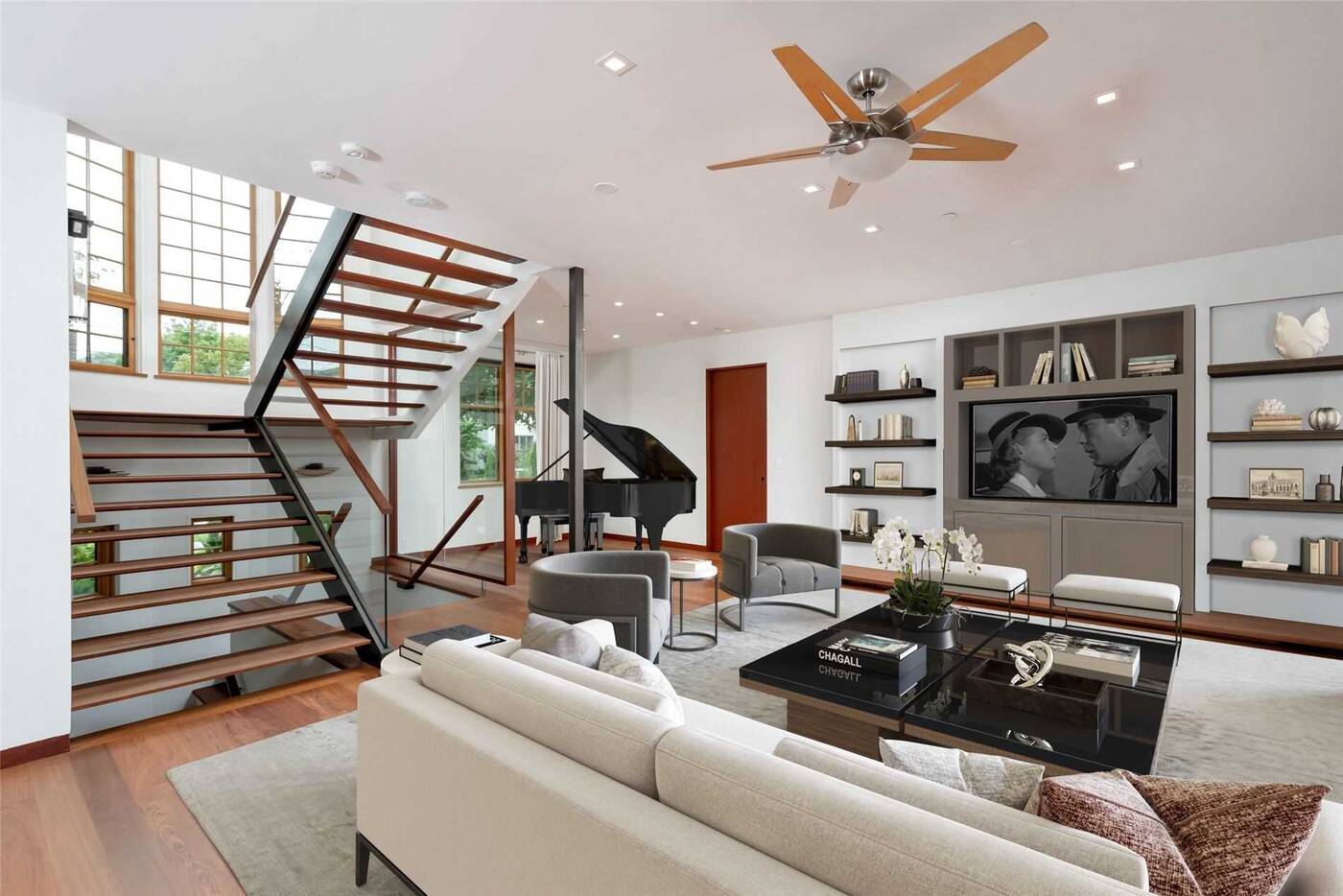 There's a commercial grade elevator off the living room if the stairs seem like a bit much.

And yet the home has been on and off the market for over a year now and hasn't sold. 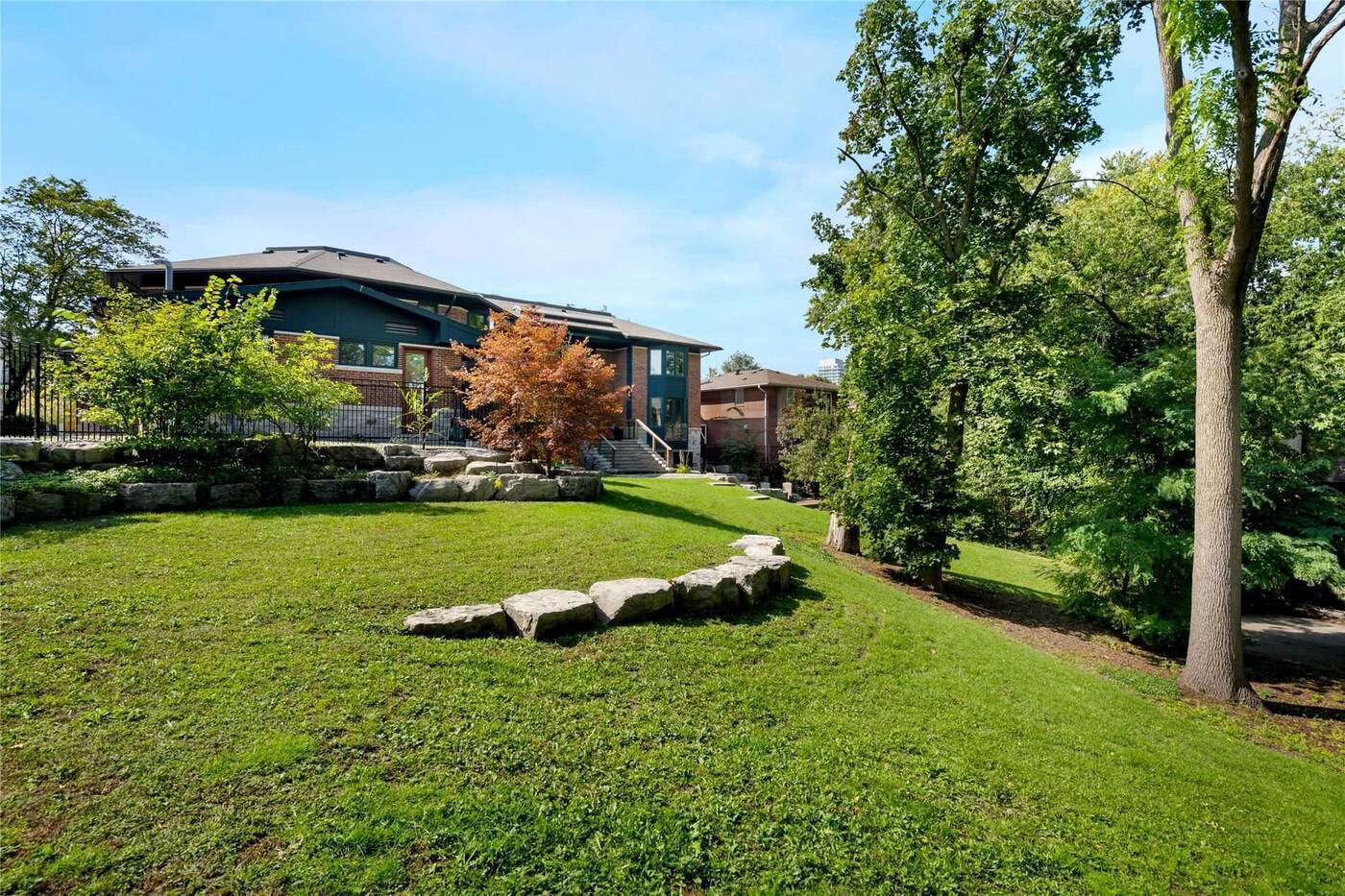 The home is close to Humber River.

Now it's been re-listed for $7,995,000, which oddly enough that's almost $2 million more than what it first went on the market for. 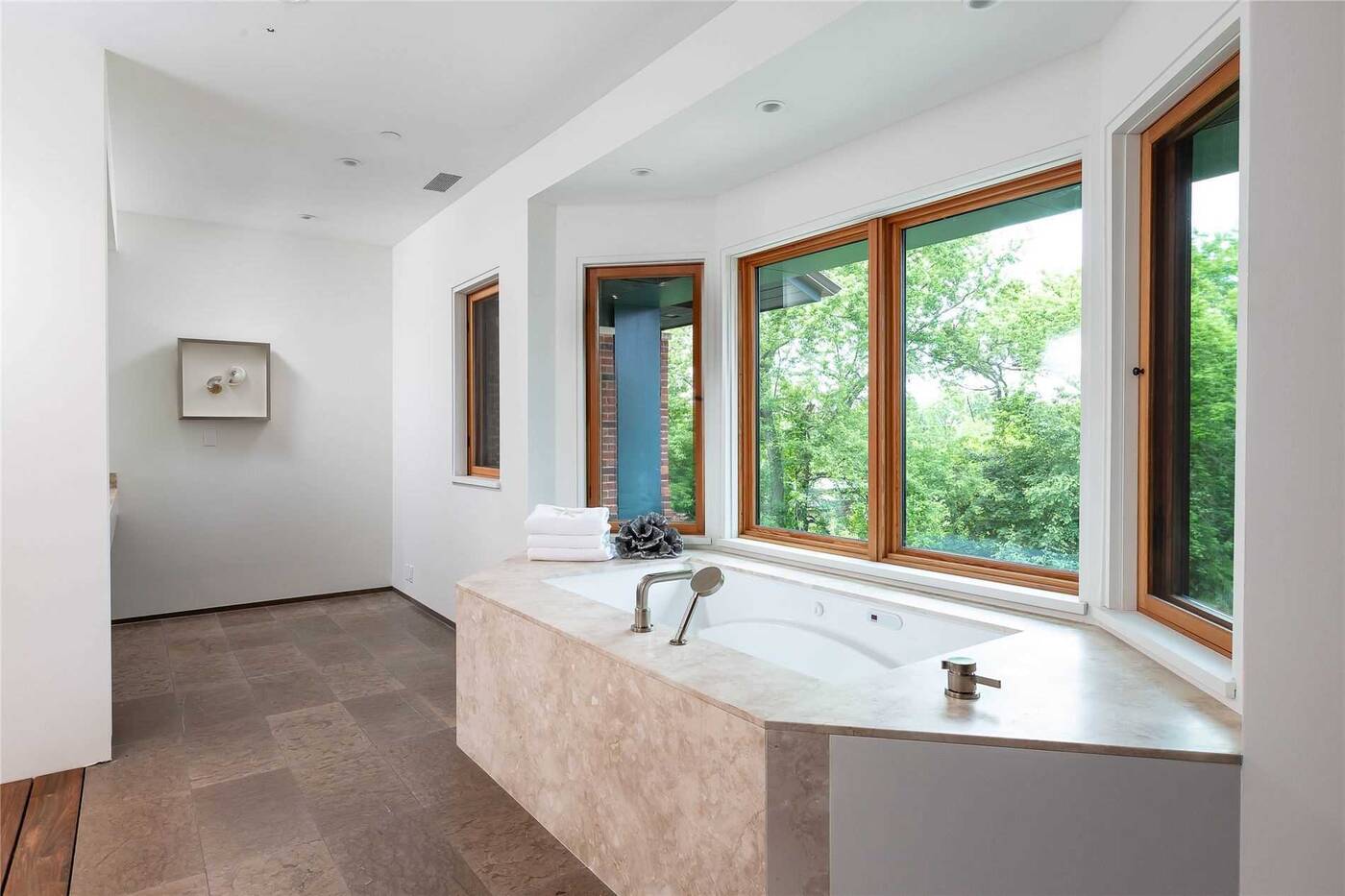 Maybe they did build a bomb shelter and that's why it's more expensive...