A community hub and commercial centre will soon replace a long-disused garbage incinerator and a shuttered slaughterhouse that made headlines for its perpetual stink of death, promising to bring new life to Toronto's Niagara neighbourhood.

And while Toronto will be happy to see the notoriously smelly abattoir torn down and the abandoned incinerator revitalized, don't party just yet. There will be condos too.

The two sites will be combined to host a sprawling complex known by its address of 2 Tecumseth, a plan that moved forward with a big announcement today. 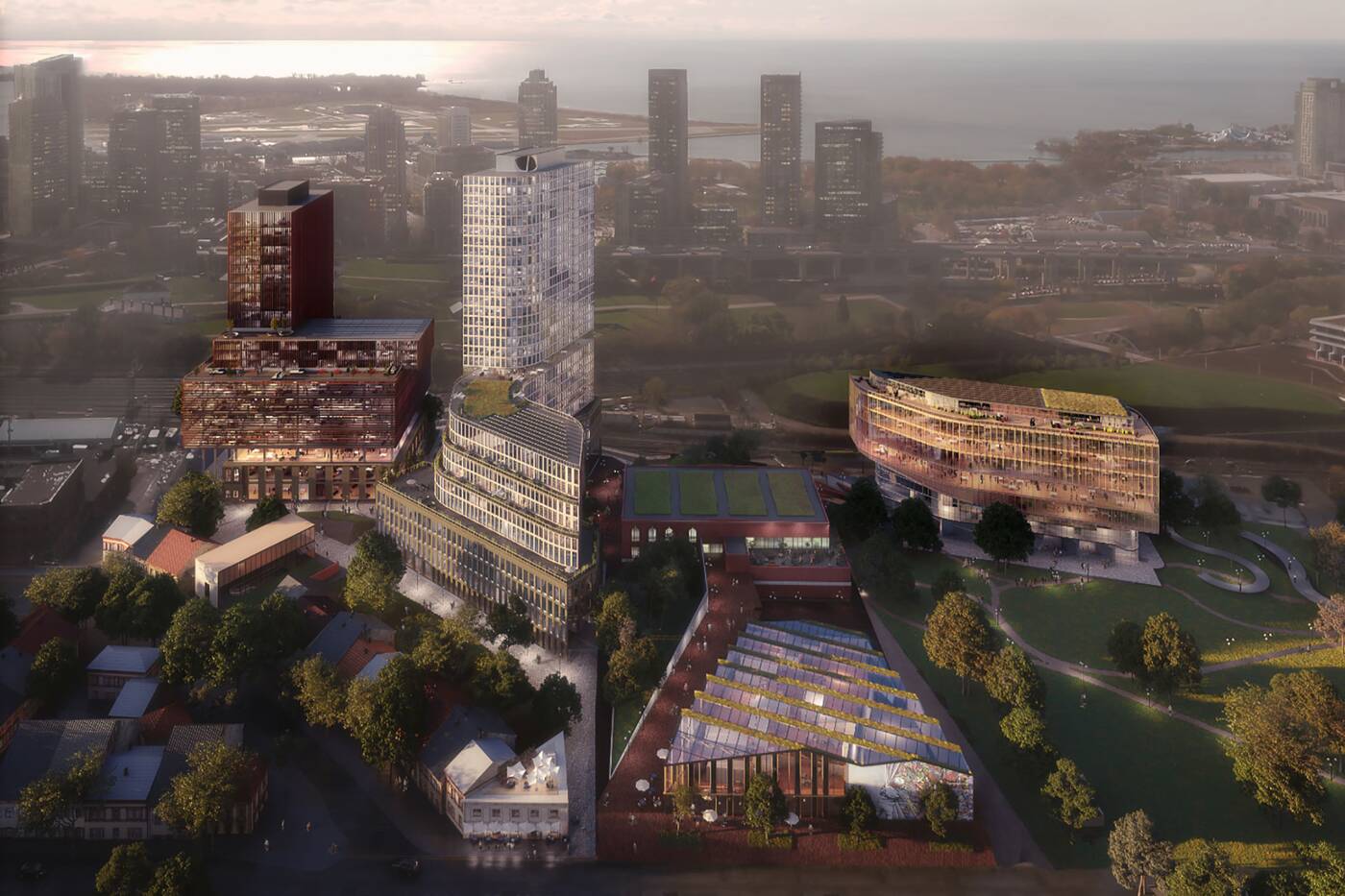 Though the former slaughterhouse site was purchased from private owners, the adjacent 0.85-hectare Wellington Destructor property is owned by the City of Toronto, requiring that any redevelopment lease out this portion of the site.

The Wellington Destructor site at 677 Wellington St. W. is centred around its namesake 3,700 square metre vacant heritage building: a 1925-built garbage incinerator that has sat idle since solid waste burning was banned in the mid-1970s. 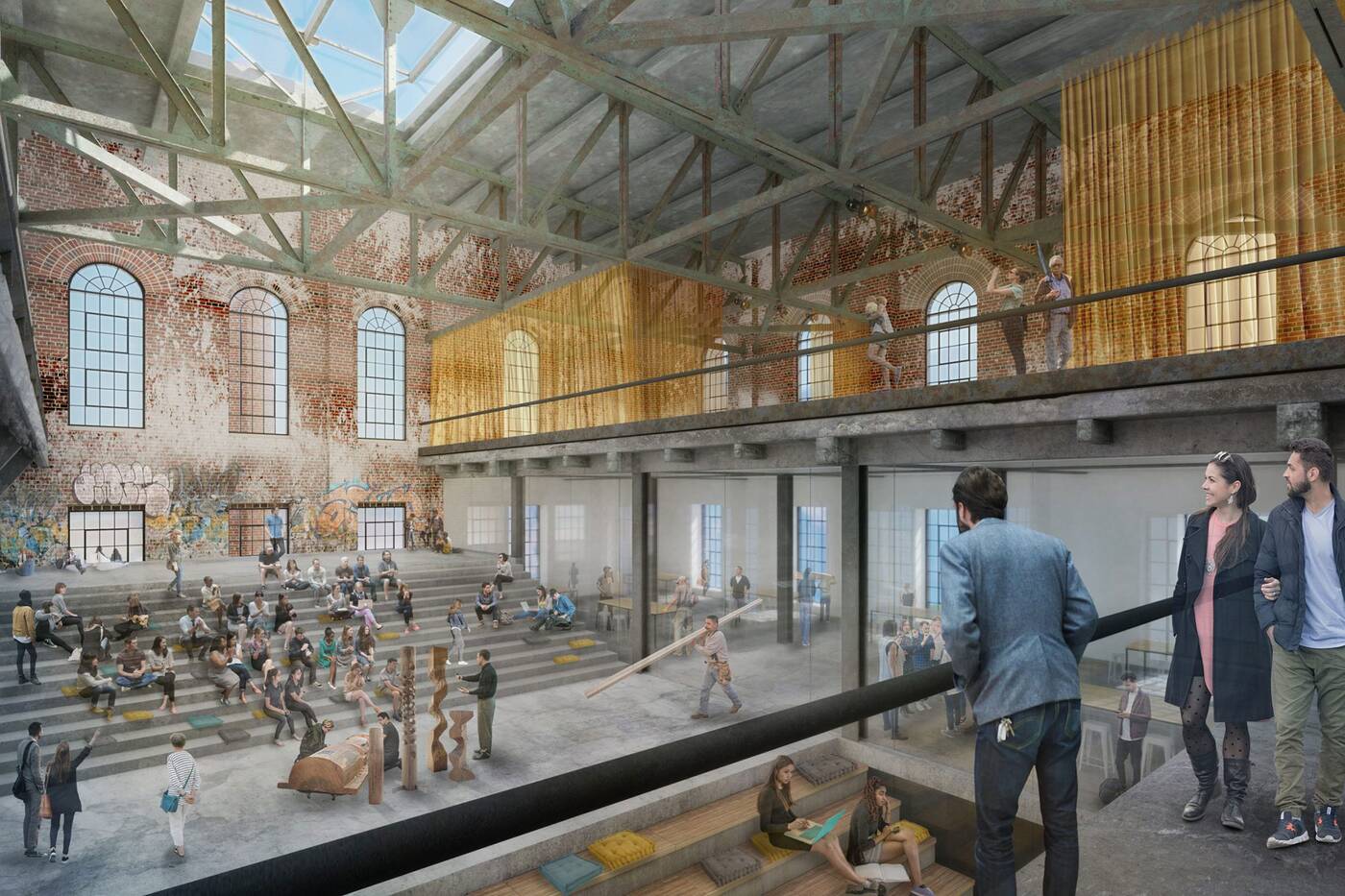 Toronto-based real estate development company TAS has been advancing plans to redevelop the site for a few years now. Today, the city announced that the developer has been recommended as the long-term head lessee.

Plans for the project were already approved in principle back in January 2020 by the Local Planning Appeal Tribunal (LPAT), the predecessor to the Ontario Land Tribunal, so today's lease agreement puts 2 Tecumseth on a solid trajectory towards being realized.

Under terms detailed in a report to the city's General Government and Licensing Committee, TAS would be granted a 49-year lease and two options for extensions of 25 years each, for a total 99-year lease.

The Wellington Destructor is one of the most exciting city-building opportunities in downtown Toronto. A former garbage incinerator built in 1925 that's been vacant since the 1980s, it's a wonderful opportunity for revitalization and a new, vibrant community space. pic.twitter.com/eoSu19tZqW

A contribution of up to $32 million from the city would go towards this restoration, to be repaid by the developer over the term of the lease. 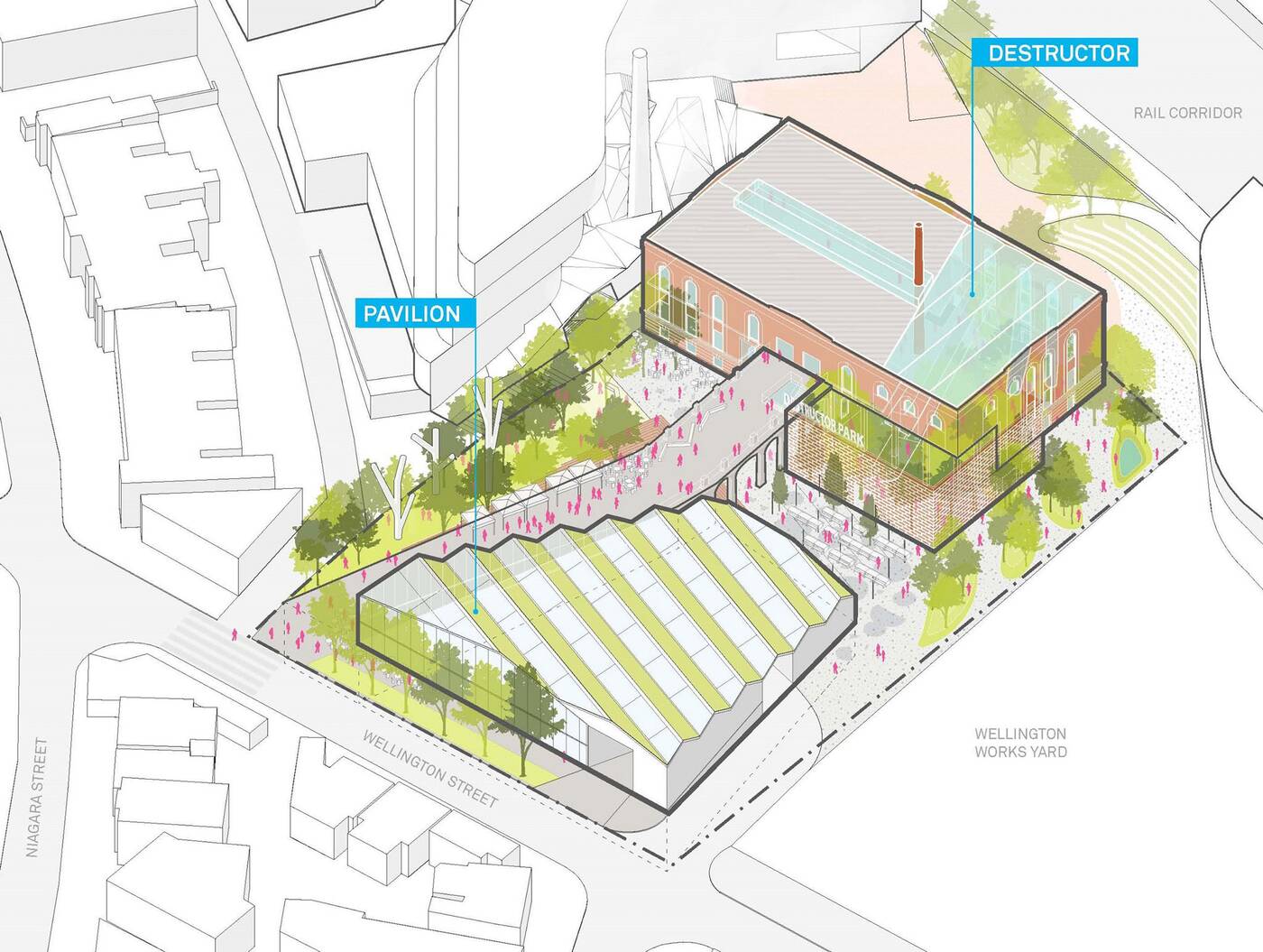 The Wellington Destructor within the wider 2 Tecumseth site. Rendering by TAS/SvN Architects + Planners.

Approval of the proposed restoration of the Wellington Destructor building and repurposing into a new community and commercial centre is also tabled in the report.

"This is a great step forward in the Wellington Destructor project," stated Mayor John Tory on Wednesday. "By preserving its heritage elements and creating new flexible spaces, this site will serve many uses and become a destination for people to create, learn and innovate."

"From the Evergreen Brickworks to the Distillery District, these structures are a direct connection to the legacies of Toronto's past, while also serving as dynamic community spaces and attractions for residents and visitors alike."

"The Destructor site at 667 Wellington Street West sat vacant for over three decades. In 2005, it was designated as a heritage site," continued the councillor.

"While the Destructor's original neighbours were Fort York and empty plots land, it's now within one of the fastest-growing areas of our city – a neighbourhood with over 30,000 residents, where the population grew by 47 per cent from 2011 to 2016 alone."

Cressy's statement on the news covers the seven-year history of exploring opportunities for the Destructor, with a public engagement process resulting in a plan serving the area with arts, recreation, and community hub.

"Now, we have an opportunity to finally turn this vision into a reality: to create a vibrant community hub in the Destructor's historical building, with employment and commercial opportunities to serve the surrounding neighbourhood," says Cressy.

"After 35 years of dormancy, it's time to revive the Wellington Destructor and restore this nearly century-old landmark to public service once again."

Next week, CreateTO and Councillor Joe Cressy will provide the public with an update on the project, hosting an information session on Monday, October 18, from 7 p.m. to 8:30 p.m.