A controversial scheme from Doug Ford's government to level a block of Toronto's industrial heritage is officially dead and buried after an agreement was announced earlier today.

The provincially-owned Dominion Foundry Complex in the Canary District has been in the spotlight since the start of the year, when the province began to demolish the manufacturing complex.

Advanced under one of the Ford government's secretive and divisive Ministerial Zoning Orders (MZOs), the community felt blindsided by the project’s lack of public consultation and the threatened loss of the area's heritage character. 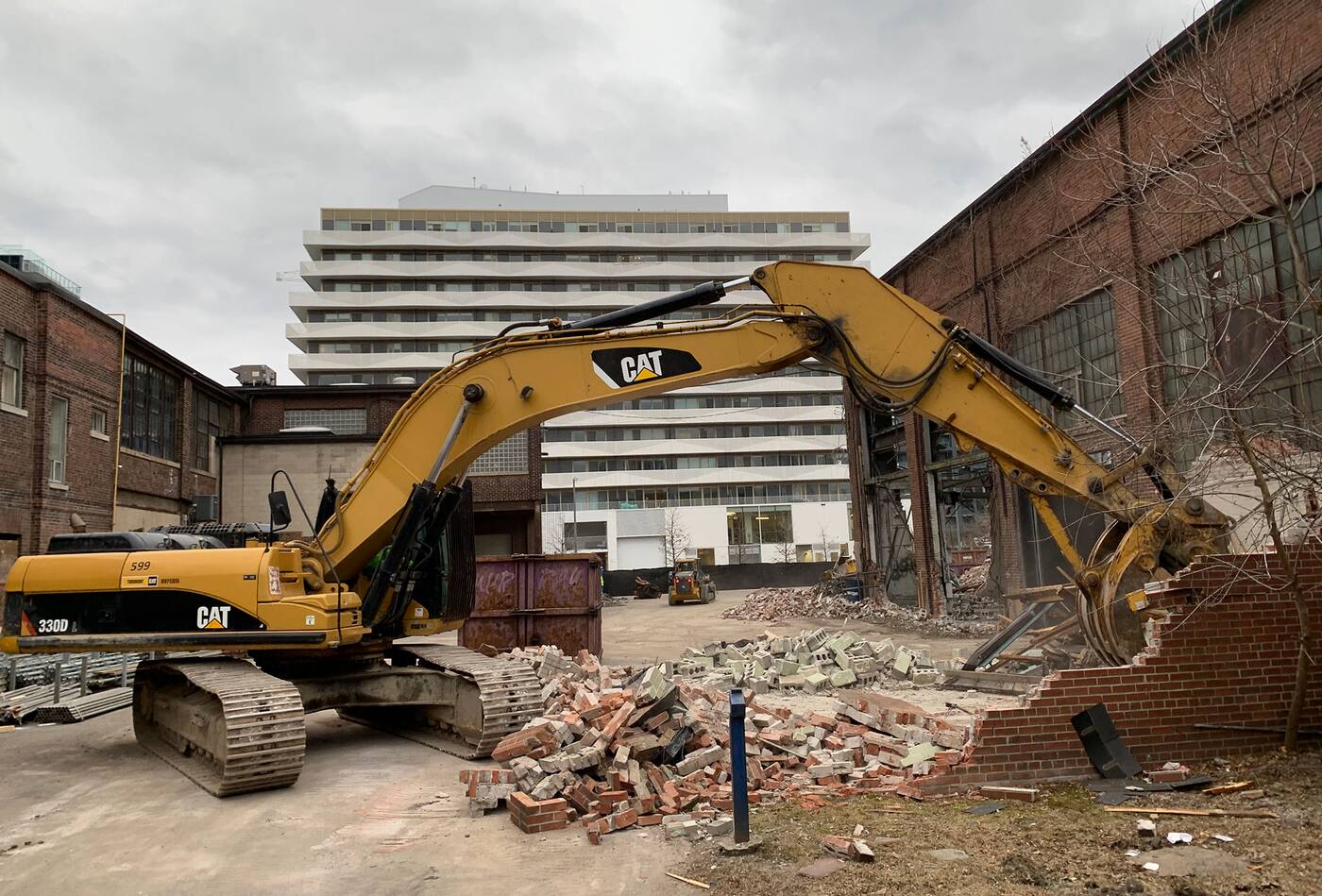 Demolition began with no warning before community groups stepped in to get it halted. Photo by blogTO.

The sudden demolition of the four buildings was luckily halted before irreparable damage was done, thanks to a court application filed by the St. Lawrence Neighbourhood Association resulting in an order to cease further demolitions.

Look closely. The ghostly “reflections” are from a group photo of men who worked at the Dominion Foundry a century ago. These buildings are our heritage. #savethefoundry pic.twitter.com/iHSDF1lm67

Today's agreement (in principle) between the City of Toronto and the Province of Ontario aims to guarantee a future for the group of buildings.

The announcement comes packed with plenty of details, shedding light on the Province's reimagined vision of redevelopment for the property.

This plan actually seems to take local concerns to heart, committing to preserve portions of the site's cultural heritage value while still providing much-needed affordable housing for the community. 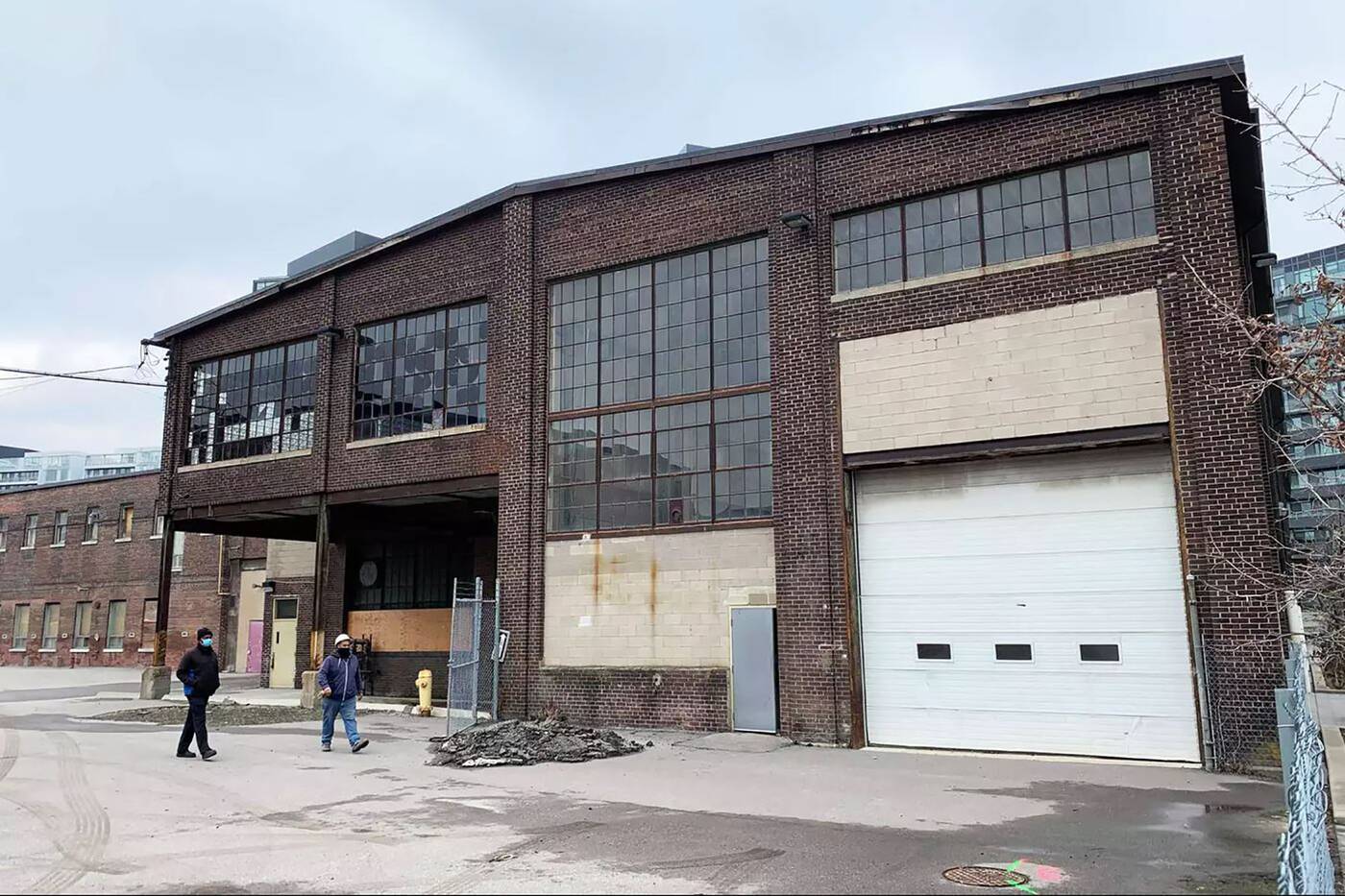 View of the foundry site shortly after demolition was halted. Photo by blogTO.

Inclusion of affordable housing has always been the goal here, and with the source of public objection largely resolved, the City is now looking towards the project's positive attributes like its support of the Open Door Affordable Housing Program and the HousingTO 2020-2030 Action Plan. 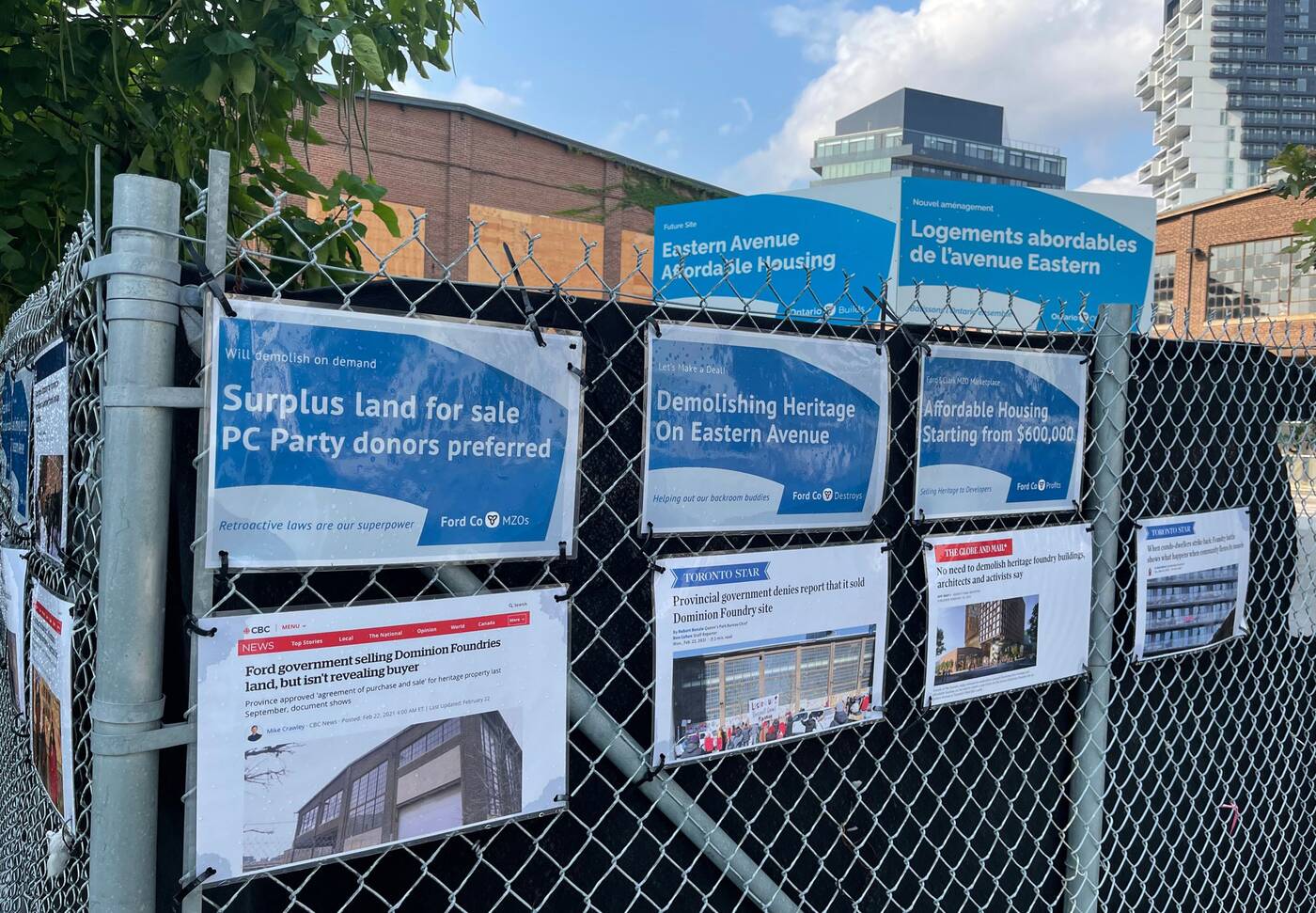 Signs were posted on the fencing around the Foundry letting passerbys know how locals felt about what was happening. Photo by blogTO.

"I want to thank the local community, City staff and the Province for working together to come to a much better outcome for the future of the Dominion Foundry Complex," said Toronto Mayor John Tory.

In place of a full demolition, the new alternative proposal would retain portions of the complex deemed of heritage character, while less valuable areas of the complex would be demolished. 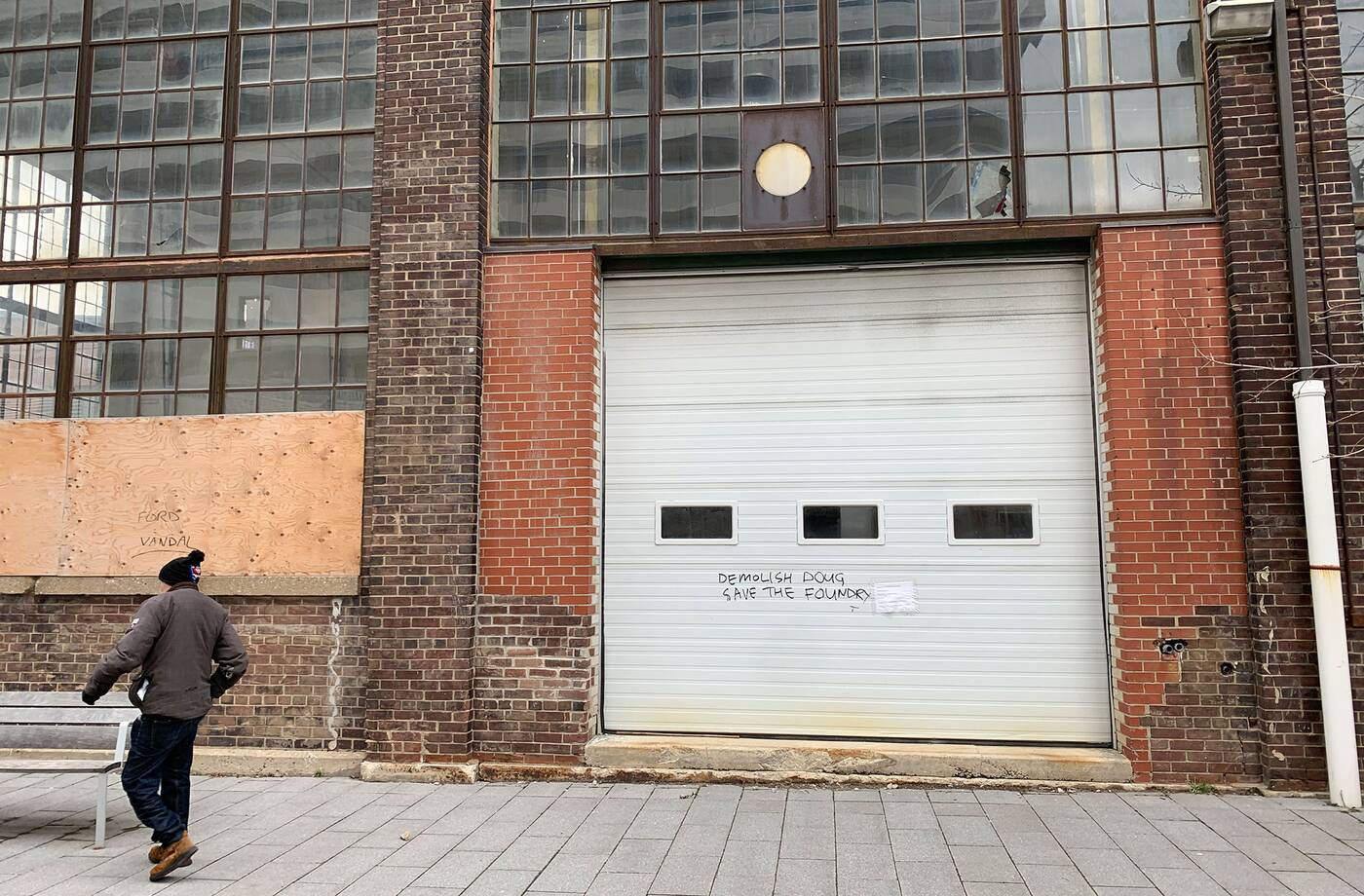 Local residents were not happy with Doug Ford and made their feelings known. Photo by blogTO.

To ensure that any future purchasers keep in line with the agreed-upon vision, the City has the power to designate the property under Part IV of the Ontario Heritage Act or force the future owner into a Heritage Easement Agreement. T

his would guarantee that whatever ends up being built here respects the protected areas of the complex. 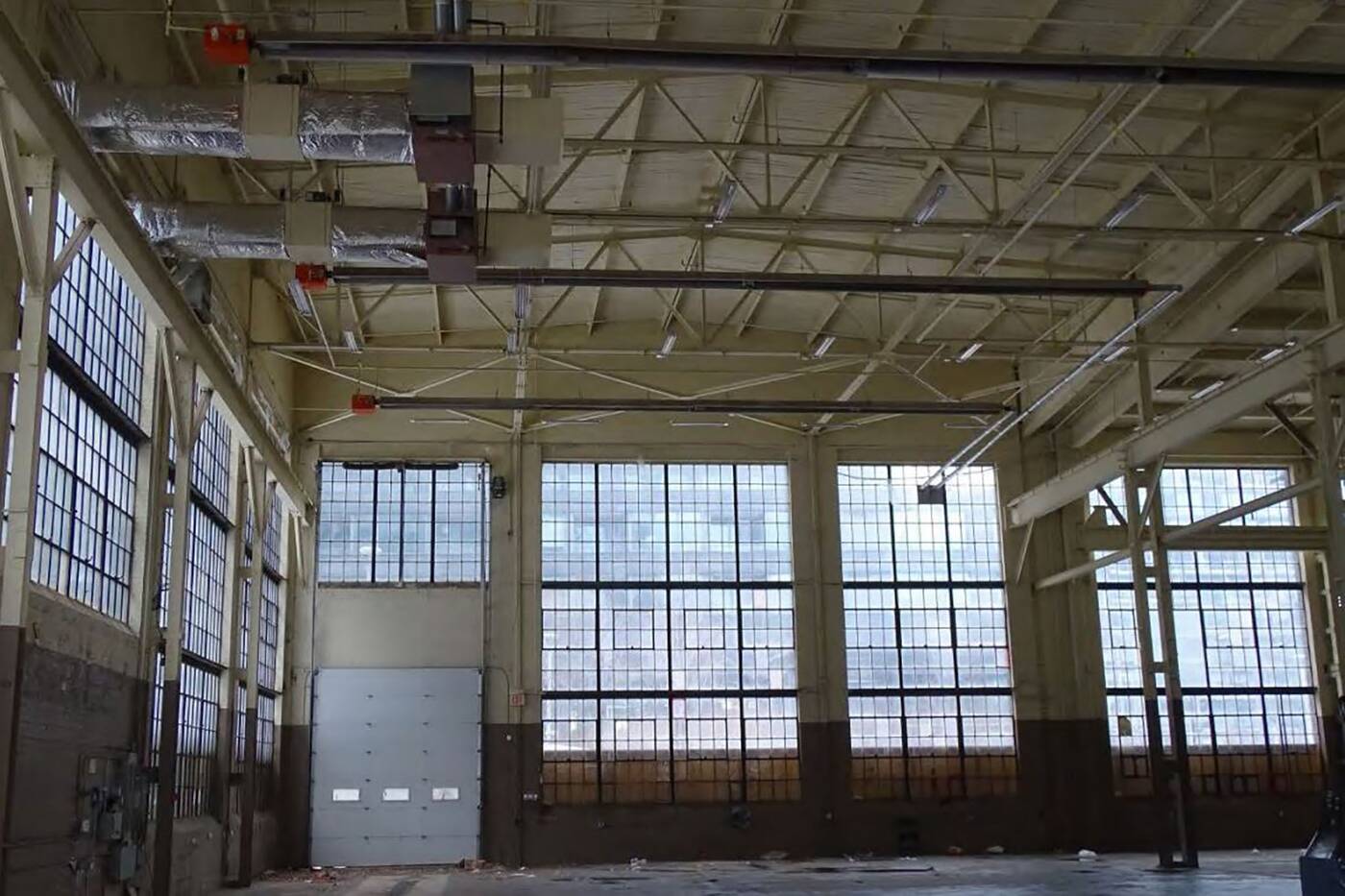 "The Province has committed to conserving the cultural heritage value of the property and has taken into account feedback from the community and the City of Toronto."

"This path forward has ensured the outcome that I always had hoped could be achieved here — we ensure more affordable housing is built and at the same time address community concerns around heritage and public consultation."

"I want to again thank the local community and all those who raised concerns for standing with the City to help protect this site," said Tory.