This is what a $40K house looks like in Ontario

A tiny home for sale in Ontario comes with an off-grid system and the current owner hopes it will help someone get closer to their dream of home ownership.

As average Toronto house prices continue to soar to more than $1 million, buying a home in the city, particularly for millennials, is out of the question.

But Colette Peters has an option for people willing to tough it out in an off-grid tiny home.

Peters posted her tiny home, currently located near Kingston, for sale for $40,000. 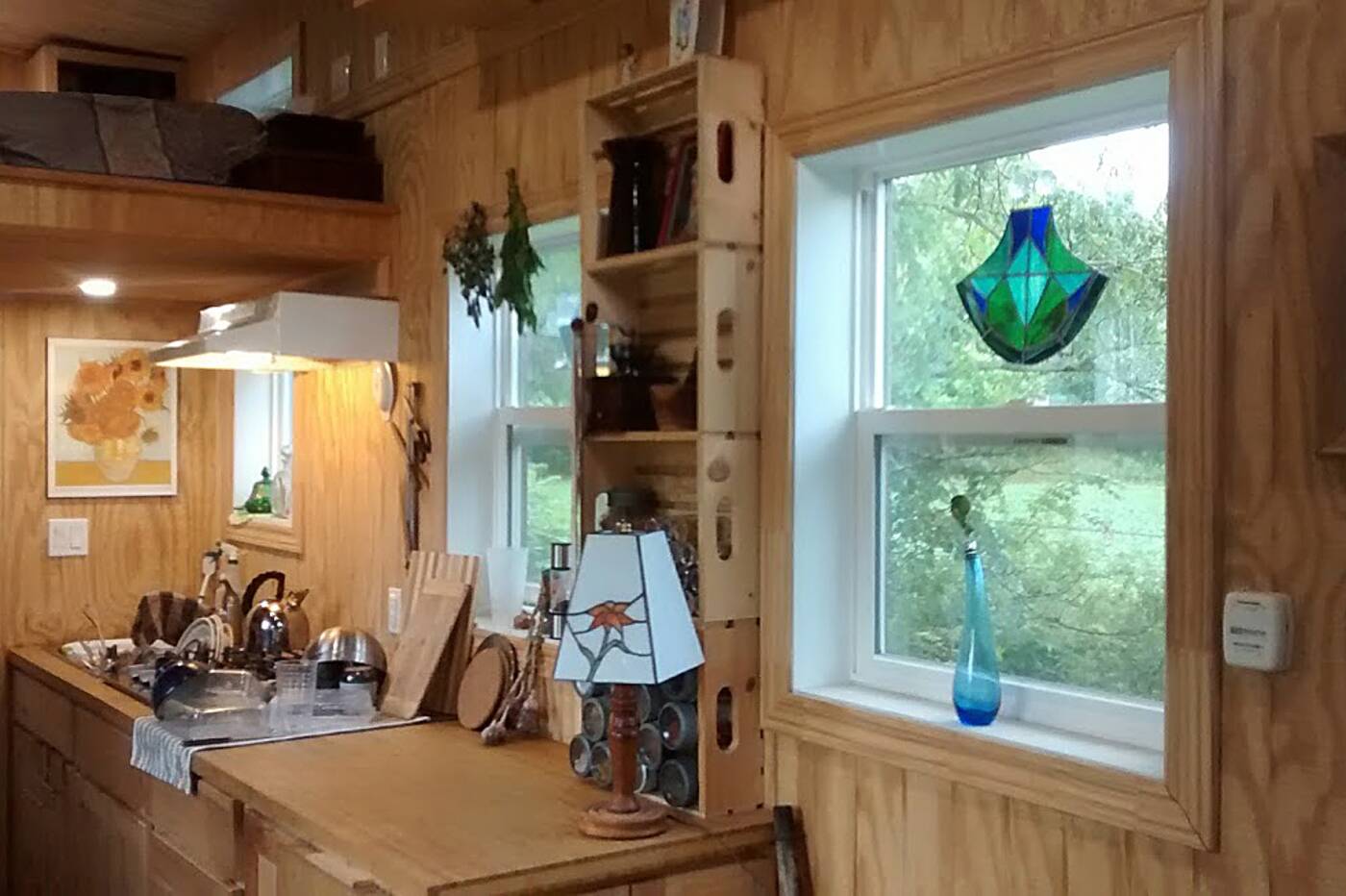 The kitchen in the tiny home is small with all the basics.

She lived in the home for five years — negotiating with a campground to place it there, then moving it to a relative's farm and finally, once she had saved enough money, onto her own plot of land.

"That's really the value of this little home, is it can be placed anywhere," Peters tells blogTO. 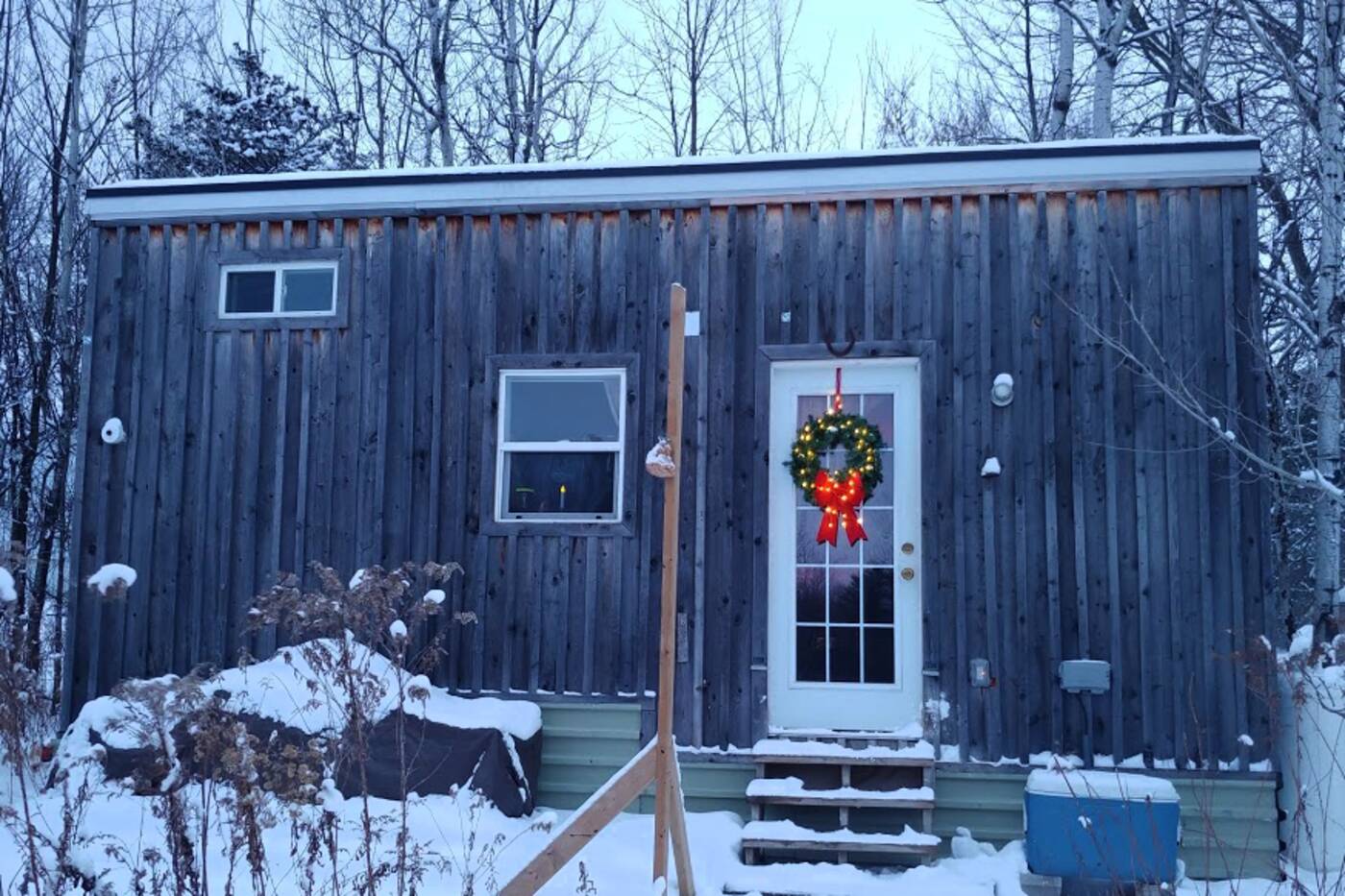 Colette Peters lived in the home year round.

Now that she has built her dream eco-cabin, Peters, who has blogged about her experience, wants to sell the home and hopefully help someone else work towards building a home.

"I had been living in Kingston, paying at least $1,000 a month rent to rent part of a house with two roommates," she says. "I had this vision — I thought what comes first the land or the tiny house?" 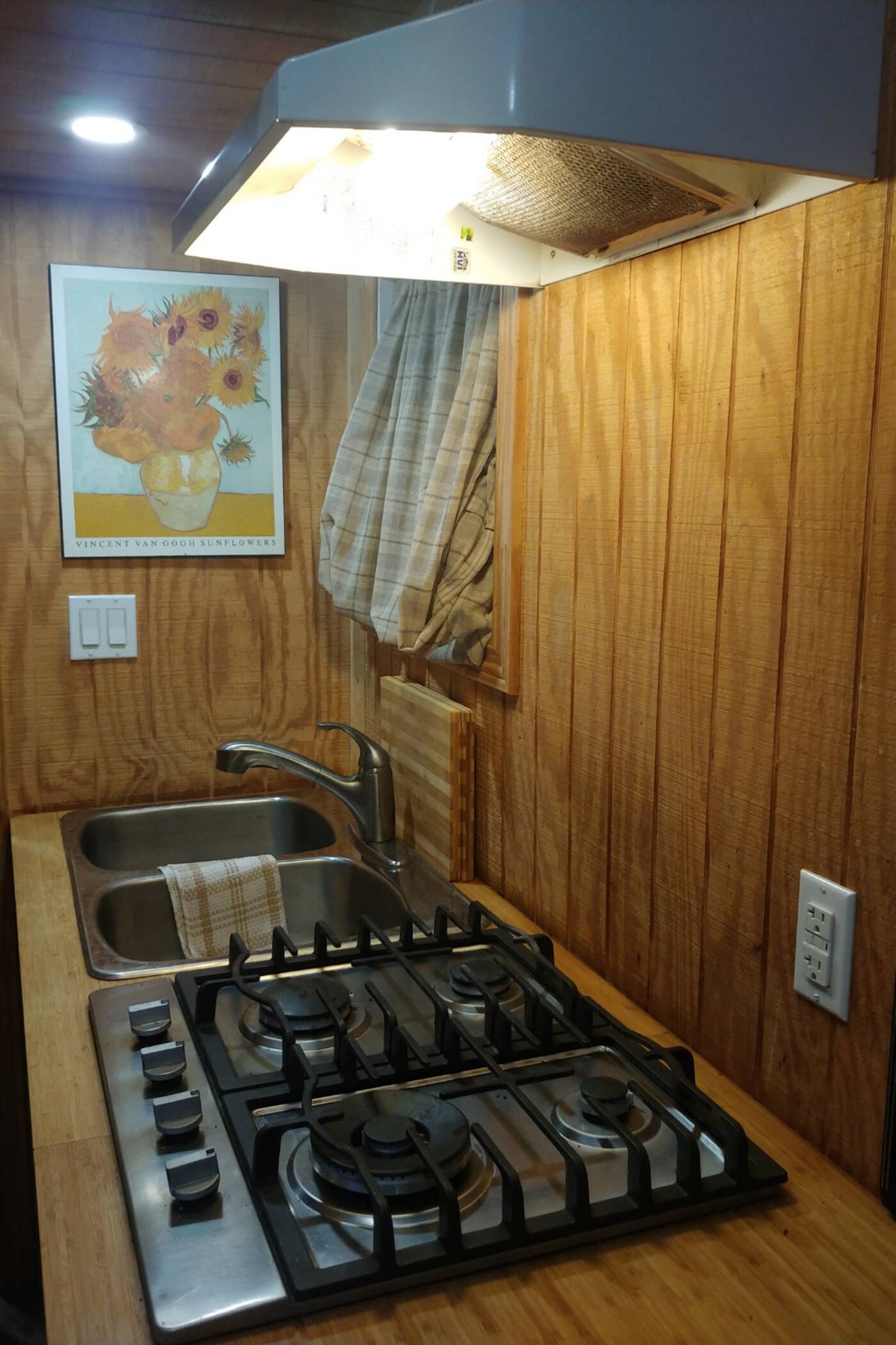 The home has a double sink and a propane stovetop range.

Peters decided to just get the house, created a design and had a tiny home on wheels (THROW) built.

She called around and found a campground willing to negotiate and stayed there for the first six months. But when winter came, she had to move and luckily there was space on her family’s farm.

"I saved every cent I had toward buying the land." 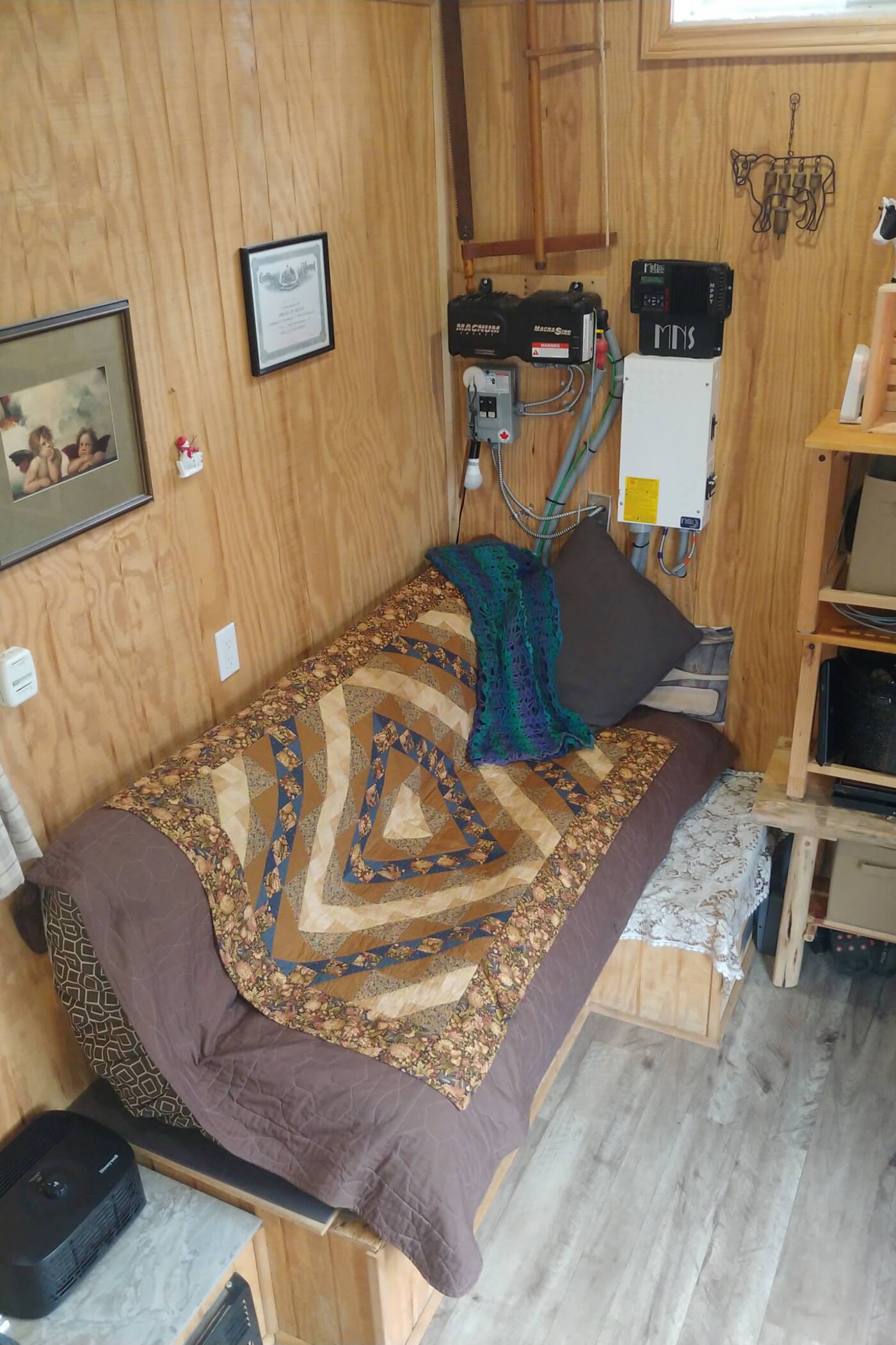 The home has high ceilings giving the feeling of more space.

After two and half years she found a lot near Kingston for a remarkably low $10,000. She then went about the work to get a building permit for her cabin, dig a well and install a septic system.

After that was complete, she moved the tiny home there while the cabin was under construction. 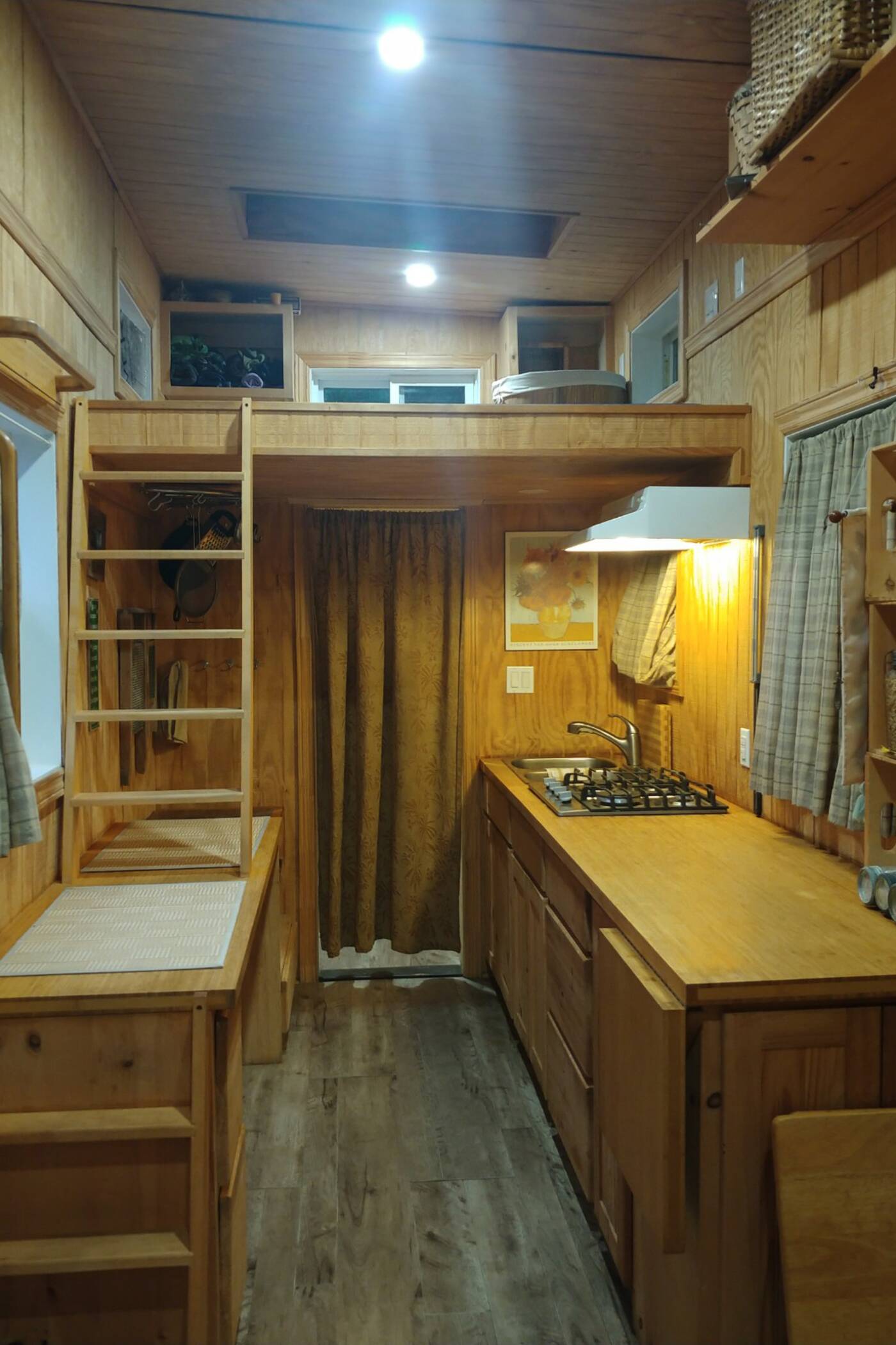 The is a loft has space for a queen-size bed.

The tiny home now for sale, runs on two 240W solar panels or a backup generator, which is enough for the basics – a furnace in winter, an off-grid fridge and to charge your phone.

It comes with a loft with enough space for a queen-size bed or on a pull-out futon below. There is a small kitchen with a double sink, propane stovetop range and hot water heater. There is a bathroom Nature's Head composting toilet and shower. 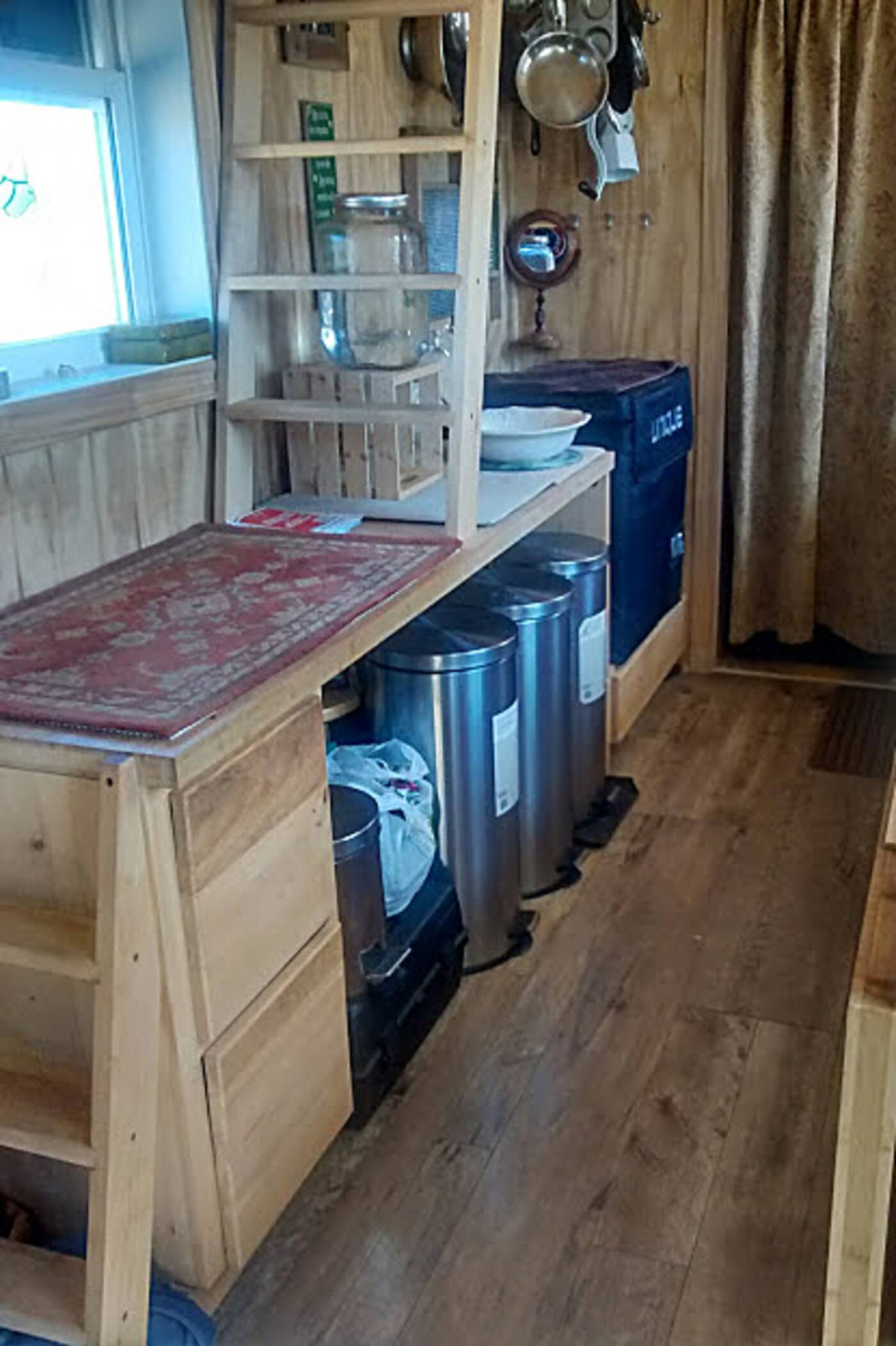 The loft is accessed by a ladder.

The home is small — 24 feet long, eight feet wide, and the highest point in the interior is nine feet four inches.

Peters admits it was a challenge at times — particularly during the winter when there is less sunlight. You have to be there to monitor the system in case of freezing.

She had to bring in water for drinking and washing and empty the compost toilet. Many of Peters friends and family told her they could never without hydro and running water.

"The curtain of modern life is pulled away and you see what it takes to live off the earth." 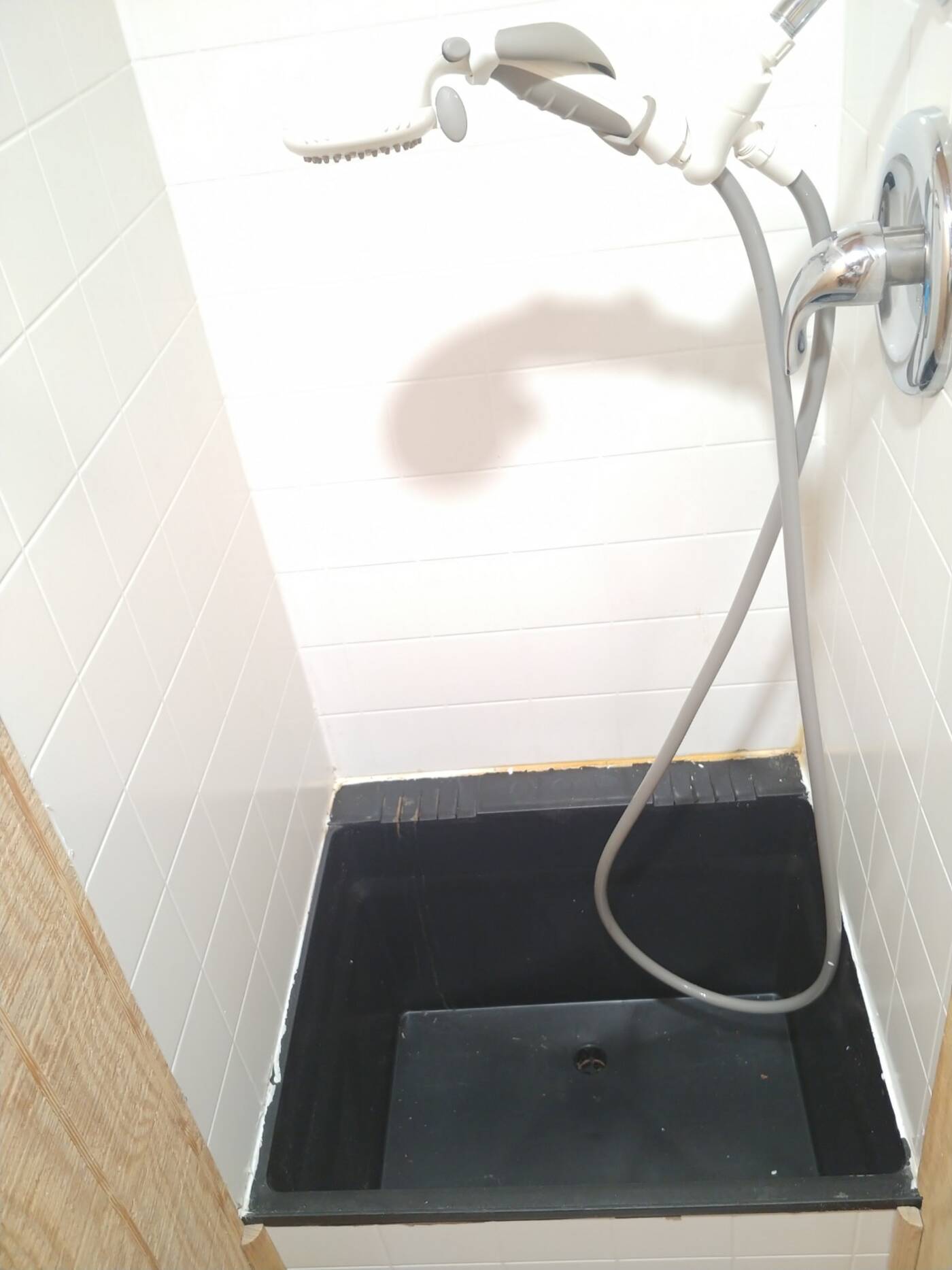 There is a shower with a basin to do washing.

It is a learning experience, she says but for those willing to give it a try, the reward could be your own home.

"Young people who are thinking I just can't do this — well I was the perfect example, I didn't have a lot of money but I had a vision to use this (the tiny home) as a tool and it has done its job." 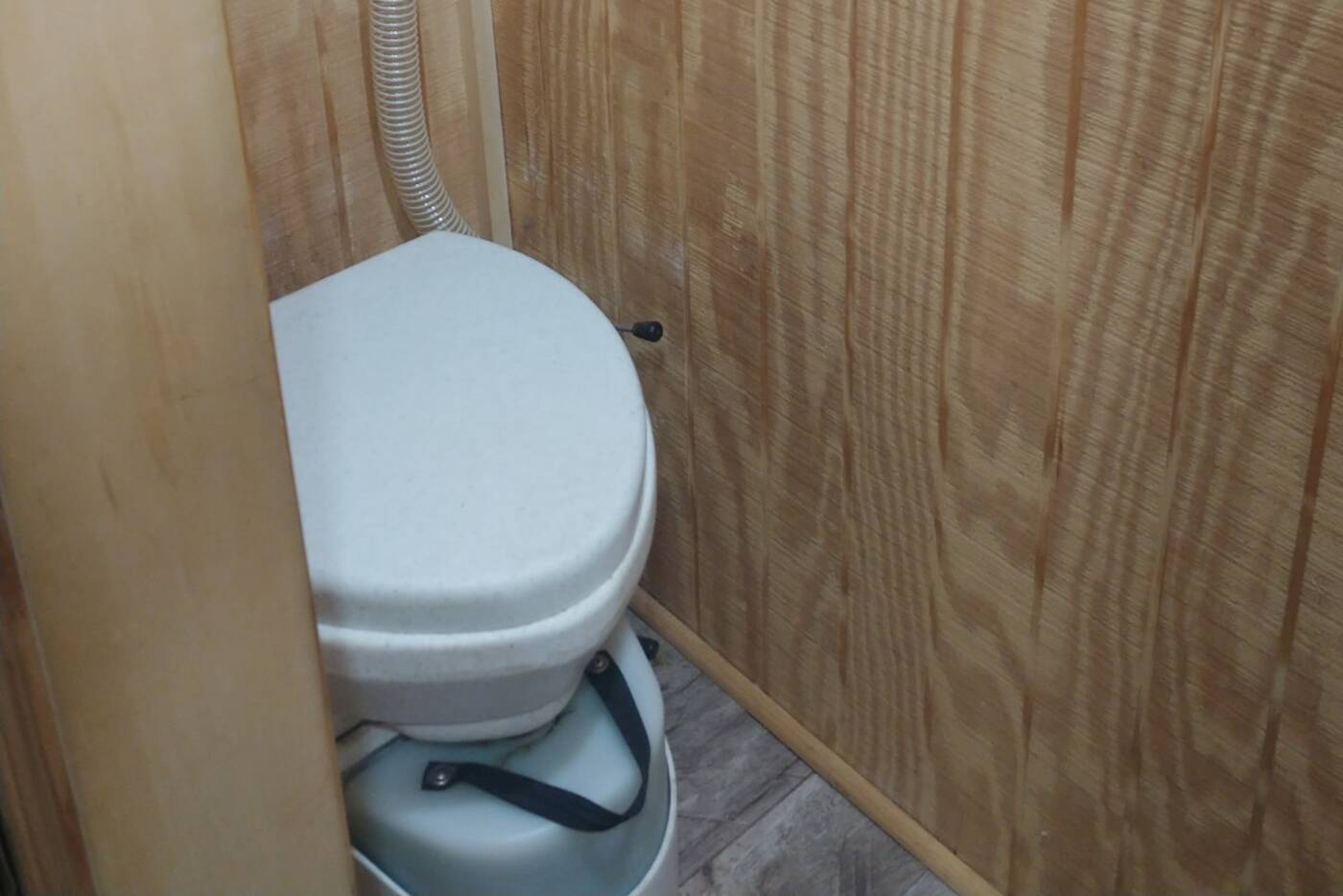 A Nature's Head composting toilet needs to be emptied.

Dozens of people have contacted Peters and people have come from as far as Niagara and Montreal to view the home. Peters plans to accept offers until Aug. 31, unless someone comes in with a pre-emptive offer.

If you are not ready to make the move yet, Peters plans to offer courses and coaching on sustainable living off-grid living through her website.