A strip of one of the city's busiest thoroughfares is about to get a complete revamp and will be virtually unrecognizable in a few years' time, if developers have their way.

On the tail of news of a new multi-building mixed-use complex potentially coming to the east side of Bathurst St. between Richmond and Adelaide comes wind of another new development directly across the street. 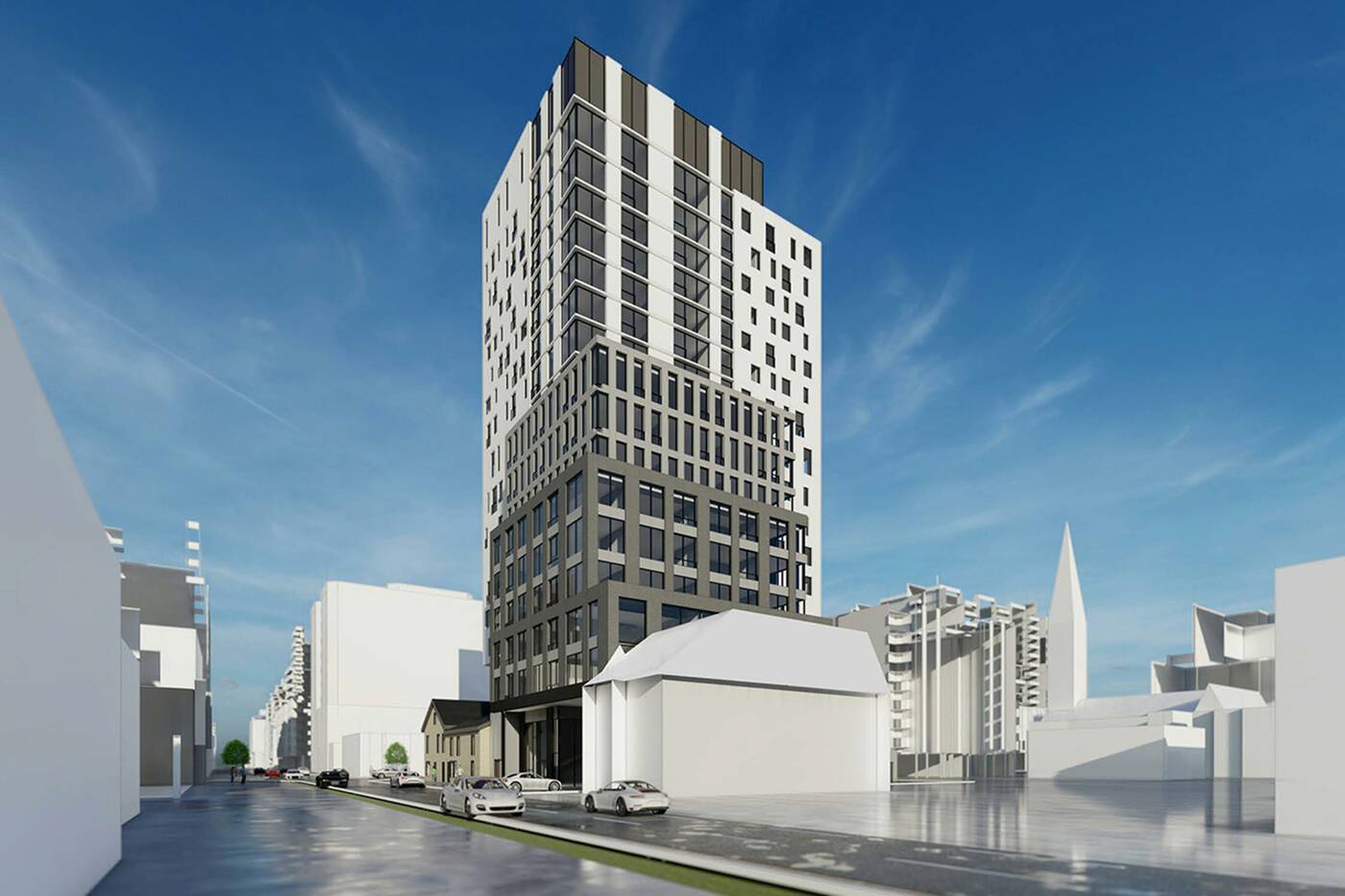 A view of the new building from Richmond St. W, looking eastward. Rendering by Kirkor Architects and Planners for Originate Inc. developers.

The 17-storey condo tower proposed for 164 Bathurst is notably smaller than the office, retail and rental apartment buildings in the works for 141 to 161 Bathurst and 579 to 591 Richmond, and unlike its neighbour will be comprised exclusively of condo units for sale, with the usual ground-floor retail.

There will be two levels of underground parking and a total of 217 units in the building: 18 studios, 96 one-bedrooms, 81 two-bedrooms and 22 three-bedrooms. 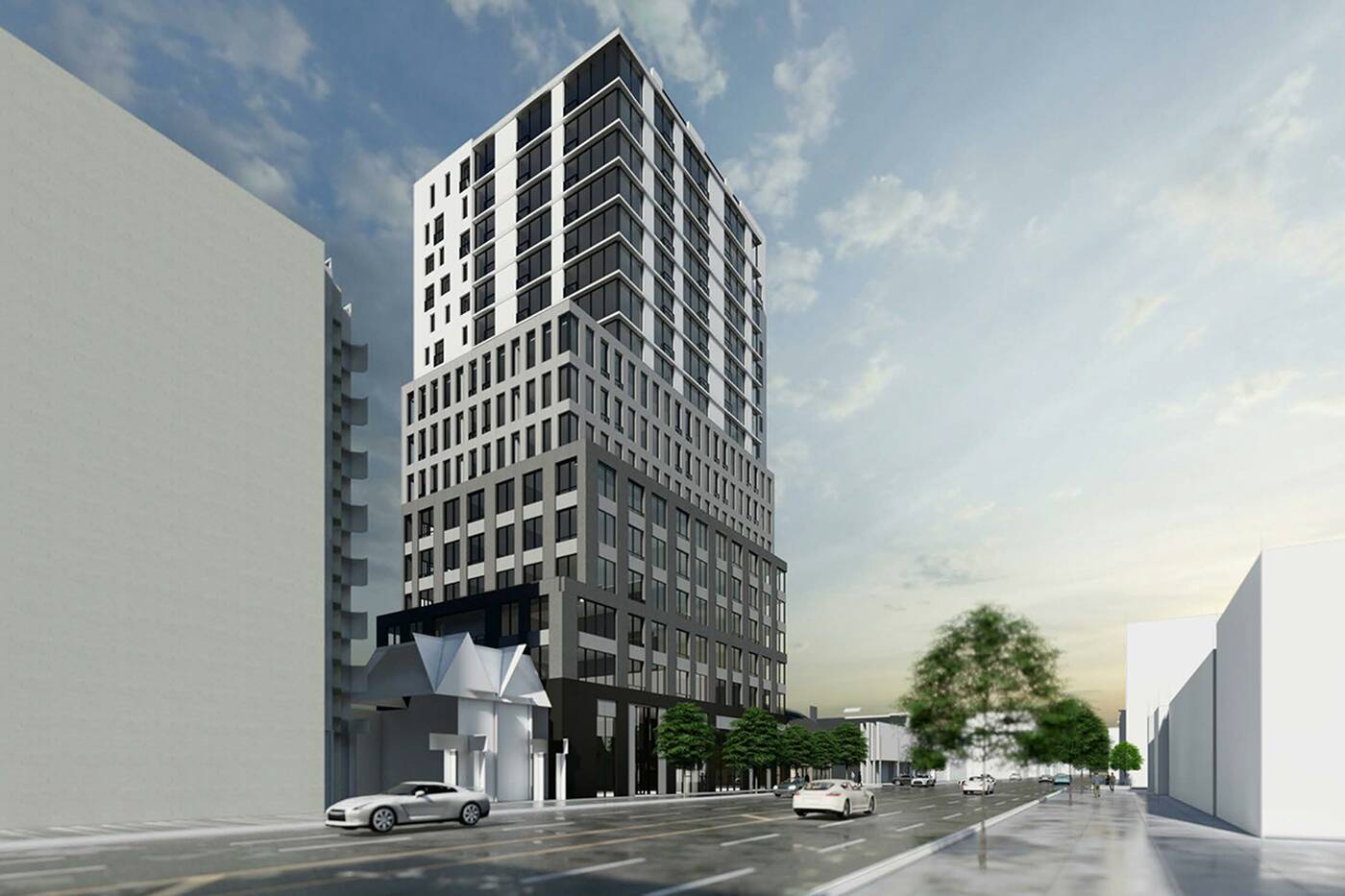 A different perspective on the proposed tower, courtesy of Kirkor Architects and Planners for Originate Inc. developers.

The lot (like the other project) spans multiple plots of land at various addresses along Bathurst and Richmond, and has been the location of The Football Factory pub, a seasonal food and drink pop-up, a bicycle store and the defunct DIY Arts space/BYOB party venue Soy Bomb HQ.

The design, courtesy of North York-based Kirkor Architects and Planners for Originate Inc. developers, is pretty basic and in a similar vein as other new builds in the area, with rectangular shapes, different shades of grey exterior bricking and various window arrangements to add visual interest. 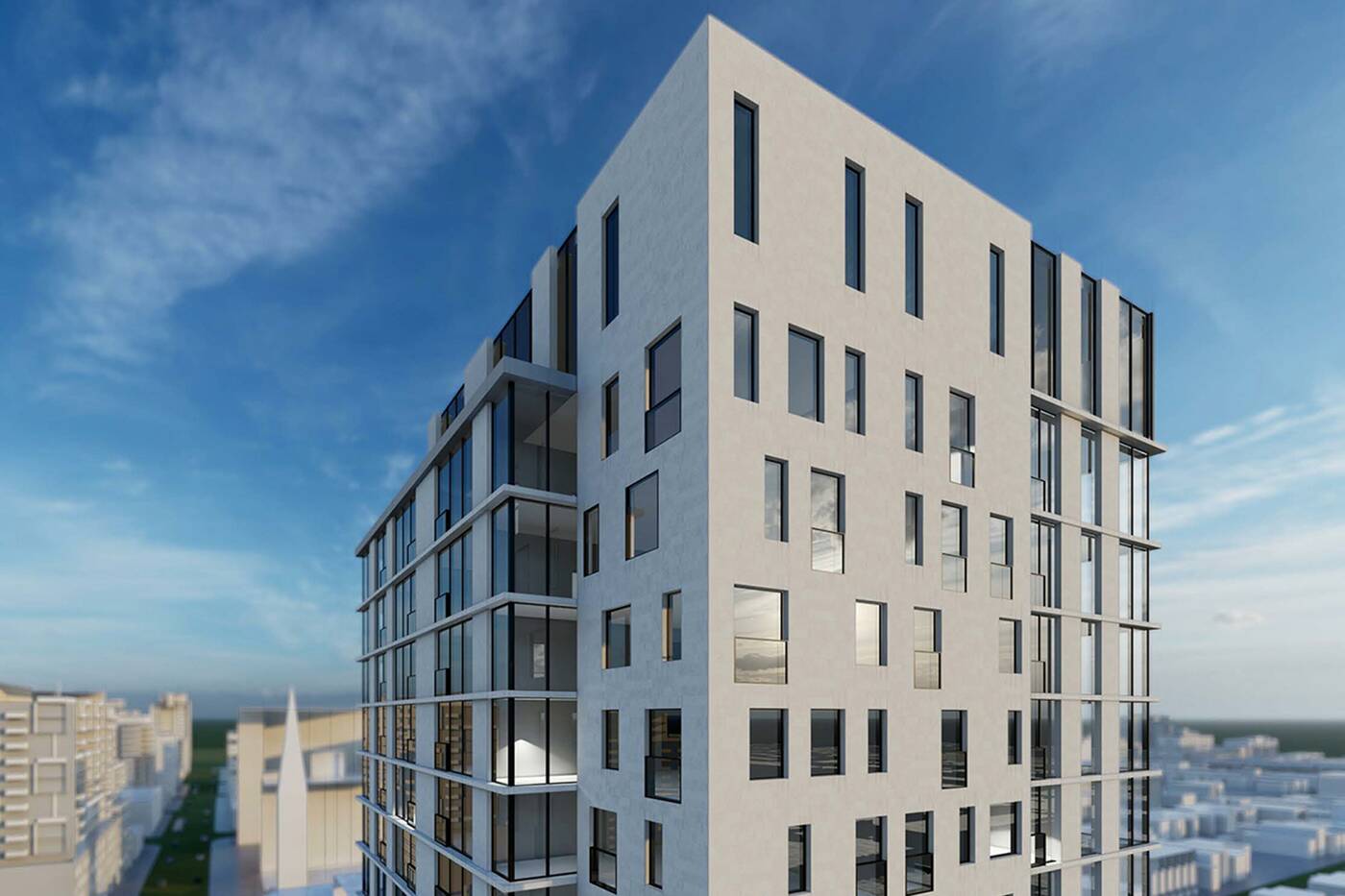 A closer look at the uppermost floors. Image by Kirkor Architects and Planners for Originate Inc. developers.

There are no balconies in the plans thus far, nor are there details for how exactly the buildings currently on the site — some of which have been officially tapped as "having heritage character worth preserving" — will be dealt with.

It does appear that the one structure on the southwest corner of the two streets will be at least somewhat salvaged and incorporated into the condo somehow, based on the renderings. 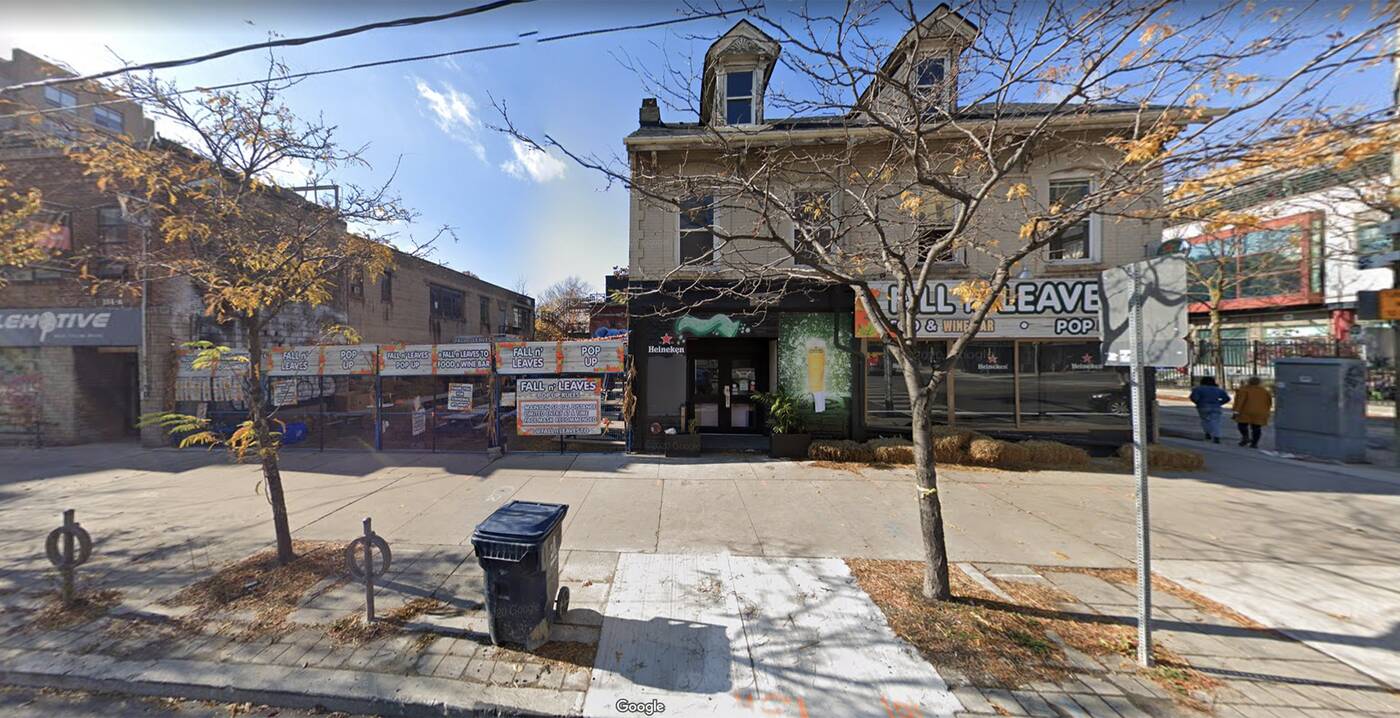 The corner in question, via Google Street View.

The majority of the buildings on both sides of Bathurst between Richmond and Adelaide have been noticeably out-of-use for quite some time, making them very fitting for redevelopment.