Toronto condo prices are soaring for one specific type of unit

Toronto's condo market has been struggling to recover after a dip last fall that saw a surge in supply and thus bargain prices due to a flurry of factors — among them, pandemic lockdowns and work-from-home trends that drove people out of the city, new Airbnb rules that brought short-term rentals to market, and decreased immigration.

Sales of new homes in Toronto are way down because of flailing condo market https://t.co/6SBzdcSGMs #Toronto #RealEstate #TorontoRealEstate

In 2021, sales volumes in the Toronto area rose during the first few months, picking up notably from December and reaching near-pre-pandemic levels.

New condos specifically seemed to pique buyers' interest, with 2.5 times more of them sold from January to March than in the final three quarters of last year, on average, per data from Urbanation.

But then, April brought an unexpected dip, with sales numbers falling a whopping 17 per cent or so month-over-month, and prices dropping to $3 less per square foot, on average, in just one month's time.

By May, GTA condo transactions fell 23 per cent lower than in March, with many would-be buyers seeming to give up on the idea of owning a condo in the city due to its notoriously high prices and the fact that most sell for way over asking, along with fierce competition and bidding wars.

And now in June, things have seemed to plateau — except for one type  in particular that is exceedingly in-demand.

As prices for homes in general across the city and the region continue on their endless upward tragectory — hitting a staggering $1,108,453 last month and only expected to skyrocket from there — condo prices overall levelled off this month, save for three-bedroom units.

my parents' home in SK isn't worth outright the down payment I'd need to get a condo here in Toronto. they could liquidate it all and we wouldn't get into the market together.

The experts at the condo sales website believe this in part to be a slow return of people who left the city for more space at a cheaper price in smaller towns and faraway suburbs — and who want to continue enjoying more space here in the city.

These buyers are realizing what a future hybrid work model will look like, and the potential commute ahead of them for if and when they have to return to the office. Many are also coming to terms with the fact that a condo is a more realsitic option than a single-family home, for financial reasons.

As such, agents believe the interest in three-bedroom units will only continue, with inventory levels falling and forthcoming demand from students and other renters as things continue to open up.

This also goes for the rest of the GTA, where prices for three-bedrooms have increased, albeit not as drastically or to as high a figure.

Though things may have cooled down a bit for other unit sizes, condos in the city are still priced significantly higher than 2017's housing peak and are becoming increasingly unaffordable as Toronto's housing costs in general surpass especially pricey locales like L.A. and New York City. 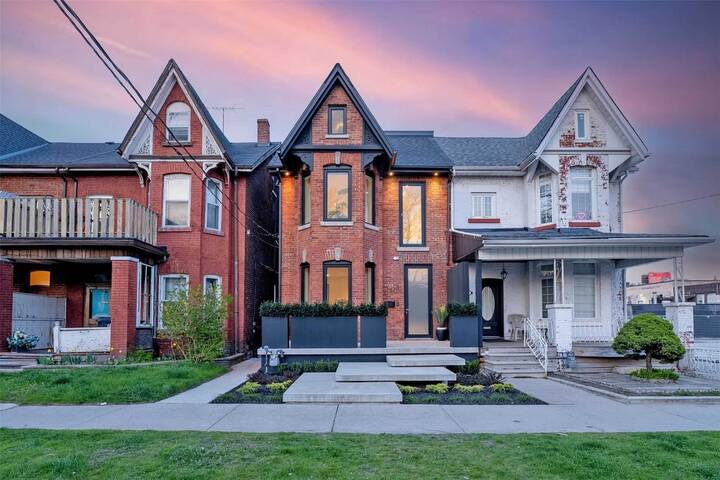