Developers are, in what feels like a rare move for Toronto, eyeing a neighbourhood outside of the downtown core for some substantial condo projects, which will include one new building that was originally slated to be a block of modern townhomes.

The revamped plans for 3310 Kingston Road near Bellamy are for an 11-storey, terraced complex with a rather unique shape and design that will house a total of 323 units, the bulk of them one- and two-bedrooms.

The Scarborough address is right near the Bluffs, and also a number of other new housing developments that are bringing some 6,000 new residences to the thoroughfare, which some locals not used to such a flurry of construction in the area are feeling rather perturbed about. 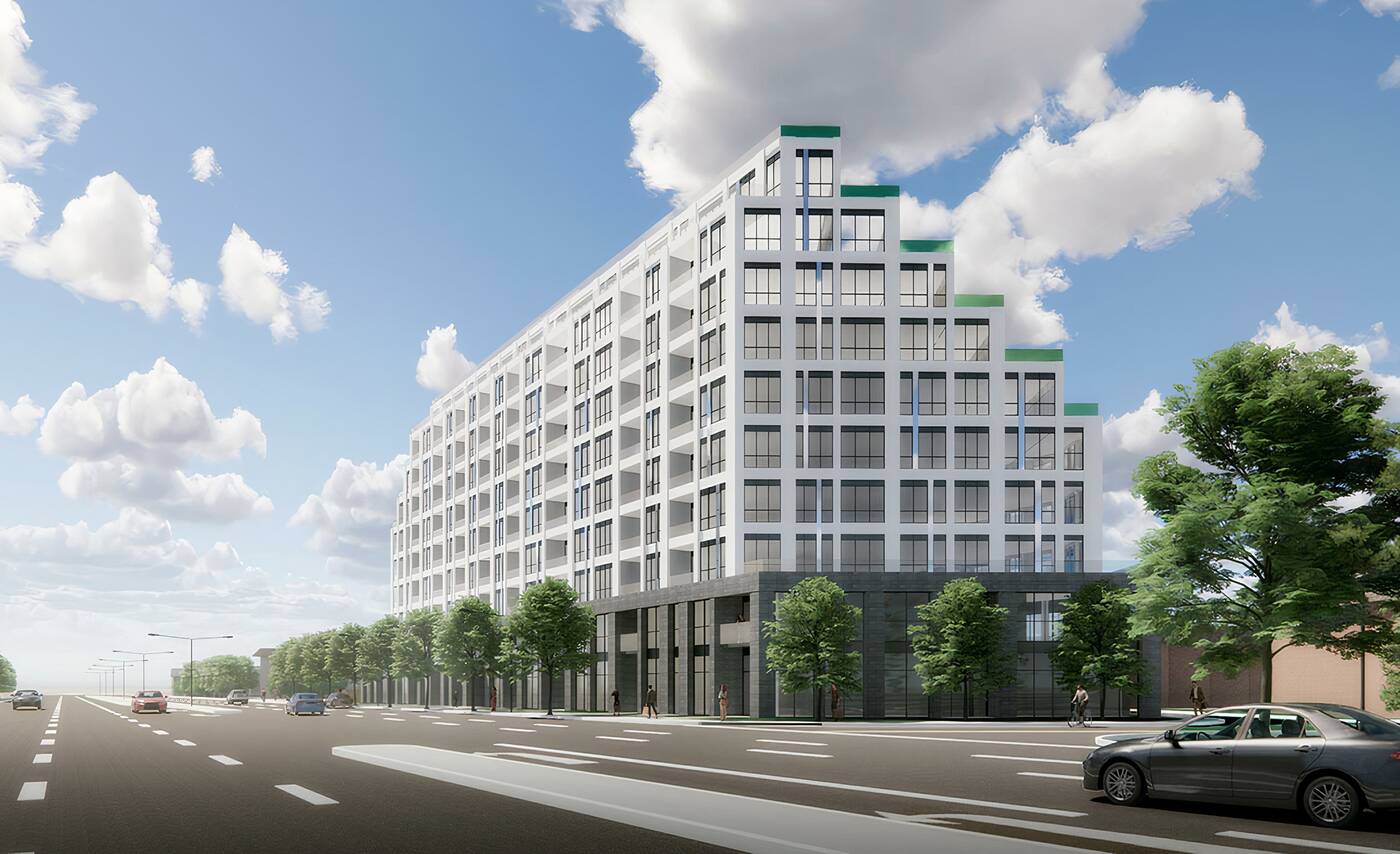 The stepped structure will have 30 studio, 134 one-bedroom, 128 two-bedroom, and 31 three-bedroom units. Rendering from Turner Fleischer Architects.

This particular building from the Morrison Groups and Turner Fleischer Architects will likely stand out from the rest due to its somewhat irregular appearance, in part thanks to the lot dimension and the inclusion of some eye-catching green balconies against the pale precast concrete and grey brick exterior.

Though there may indeed be some grumbles about the influx of new buildings to the neighbourhood, it is hard to argue with the fact that Toronto could benefit by locating such new projects further outward from the city centre as our population grows, rather than continuing to expand upward in the few eligible spots remaining in the dense downtown core. 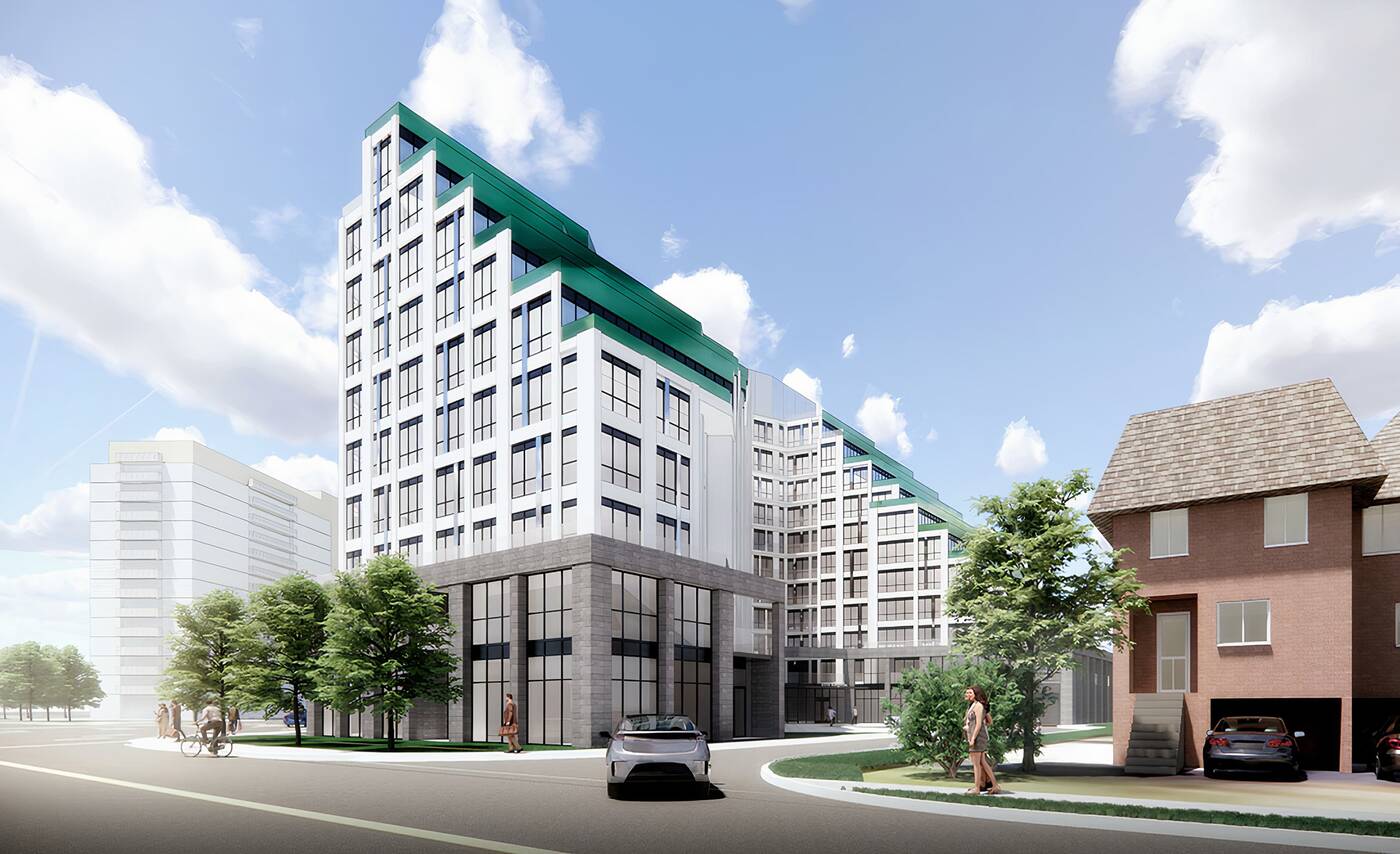 Making somewhere like Kingston Road a more happening locale rather than destroying historic storefronts, tenured arts spaces and more for high-rises in downtown neighbourhoods that are already overrun with them definitely feels like a prudent, albeit somehow oddly transgressive move at this point.

But, it is also easy to understand why those in a more quiet and underrated — and thus more affordable — part of the city would want to keep it that way.