For a city like Toronto, where even those making decent wages struggle to afford a home, the need for affordable housing becomes more and more important.

Multi-tenant rooming houses are an important part of affordable housing, allowing everyone from students to low income workers to live in a shared space at a fraction of the cost of most housing within the city.

Now, the city is looking to modify the framework on these rooming houses allowing for expanded zoning, and better health and safety protections for tenants in these residences. 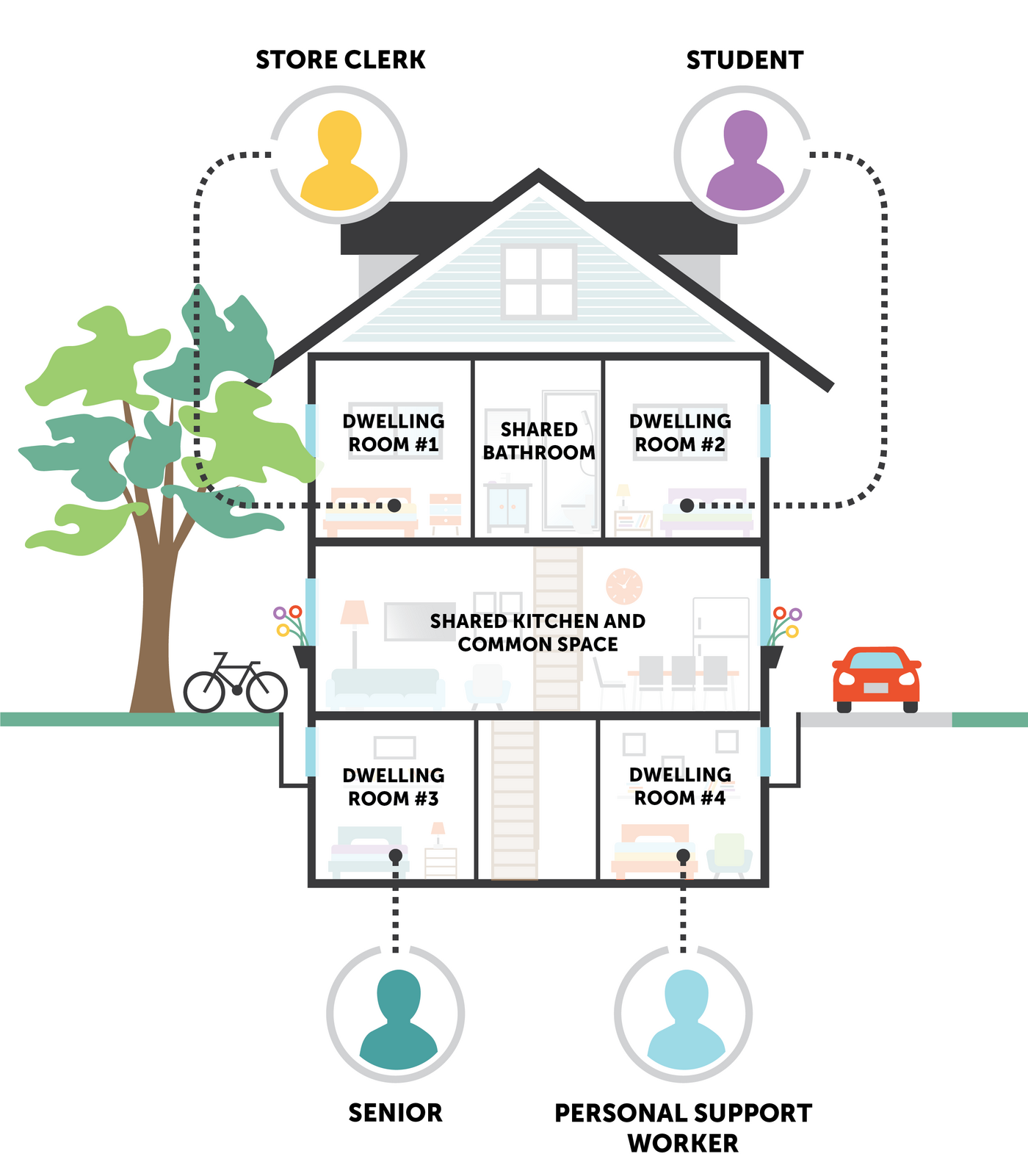 The potential layout for a typical Toronto rooming house.

"The existing zoning and licensing regulations for multi-tenant houses have not been updated since amalgamation of the former municipalities in 1998 and as a result, are inconsistent," Lyne Kyle, Strategic Communications for the City of Toronto told blogTO.

"The City is proposing the creation of a comprehensive city-wide zoning approach, enhancements to licensing and enforcement, and incentives to facilitate landlord compliance and support tenants."

Among the most important changes is the proposal of having one consistent definition of rooming houses across the city, ensuring that there's consistency, clarity, and support for enforcing the protection of all tenants.

The current proposed definition for a multi-tenant rooming house is: "A building with four or more dwelling rooms that may have shared washrooms and cooking facilities."

The city is also hoping to make it a requirement that landlords submit floorplans of any rooming houses they operate so that occupancy levels, property standards, and fire safety requirements can be properly enforced. The landlord will also be expected to list the number of tenants currently living there.

In short, the changes largely exist as a means of making sure that rooming houses across the city are not only safe and clean, but also consistent.

In the past, those living in rooming houses have often been victims of eviction to make way for condos, and increasingly expensive homes.

After many years of leaving those in need as a secondary thought, the city is hoping to write a few wrongs by being proactive in providing safe, affordable housing to those who need it most.