With few places left to build new commercial and residential towers in Toronto's downtown core, the city is reaching a point where developers are now starting to eye up project sites previously thought to be untouchable.

It was only a matter of time before they came for the Toronto Islands.

A new development application submitted to the City of Toronto this week reveals that a consortium of major firms have teamed up to pitch a sprawling new mixed-use complex just across the waterfront.

Designed to replace a heavily-wooded and "underutilized" part of Muggs Island just north of the Island Yacht Club, the development would be conveniently close to Billy Bishop Airport.

Not only would this location be ideal for frequent inter-city commuters, developers say it would help attract major international companies looking to set up new offices in Canada — something that Toronto could certainly use now that Alphabet is out of the picture.

While the project is still in its early stages, a 286-page-long masterplan submitted to the city suggests that it would be built using a phased approach, beginning with residential units (condos), followed by two more sections of mixed-use park, retail and office space.

The first phase would effectively see the site cleared of debris (read: trees) to make way for a cylindrical structure designed by the award-winning architecture firm ODB Quintadontal.

The landmark complex building, partially made of timber,  would rise from a common podium containing a restaurant, cafe, drug store and supermarket — which alone would be huge for Island residents who currently have to transfer to the mainland for most of their grocery needs.

A second development, comprised of more modest 5- and 7-storey office buildings, would include retail, co-working space and innovation lab. 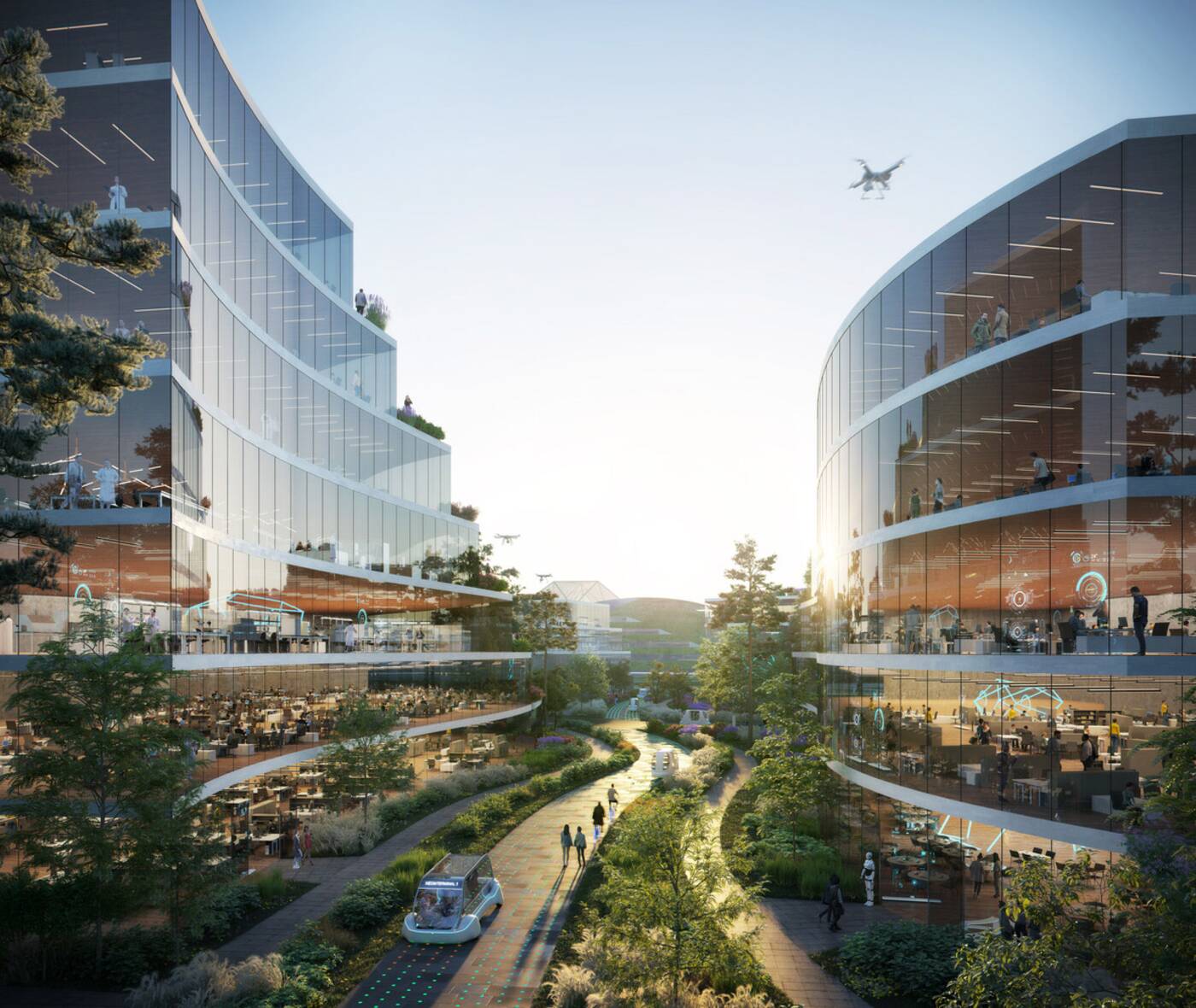 The yet-to-be-named project would create ample synthetic park space for residents to enjoy after eliminating acres of natural park space. Image via ODB.

If approved as proposed, the buildings would contain 680 new residential units between them, as well as roughly 532,000 square feet of amenity space.

"The Islands have long been an underused resource that, if developed with care, will help usher in a new chapter for the city without jeopardizing any more historical buildings or music venues in downtown Toronto," reads a planning rationale document prepared on behalf of the Triterra Corporation, Mibacon and Collosal Cove.

Some resistance to the plan is expected from current residents of The Islands, who have long advocated to keep the stunning resource peaceful, family-centred and publicly-accessible (but not too publicly accessible.)

When asked for comment, a representative for the Toronto Island Residents Association told blogTO: "Development of the Toronto Island was inevitable. We're lucky to have a thoughtful design that works in harmony with the area's natural topography and spatial structure."

Public visioning workshops discussing the plan in more detail are scheduled for April 7 and residents are also encouraged to participate in an online public survey which closes April 9.

The following story was published an April Fools Day joke. To the best of our knowledge, it is not factually accurate in any way.