Historic mansion in Toronto hits the market at $11 million

A mansion for sale in Toronto comes with a long history linked to the Distillery District and Ontario politics.

The mansion at 504 Jarvis Street is on the market for $11 million, and unlike other similarly priced homes in Toronto, this place is a part of the city's history. 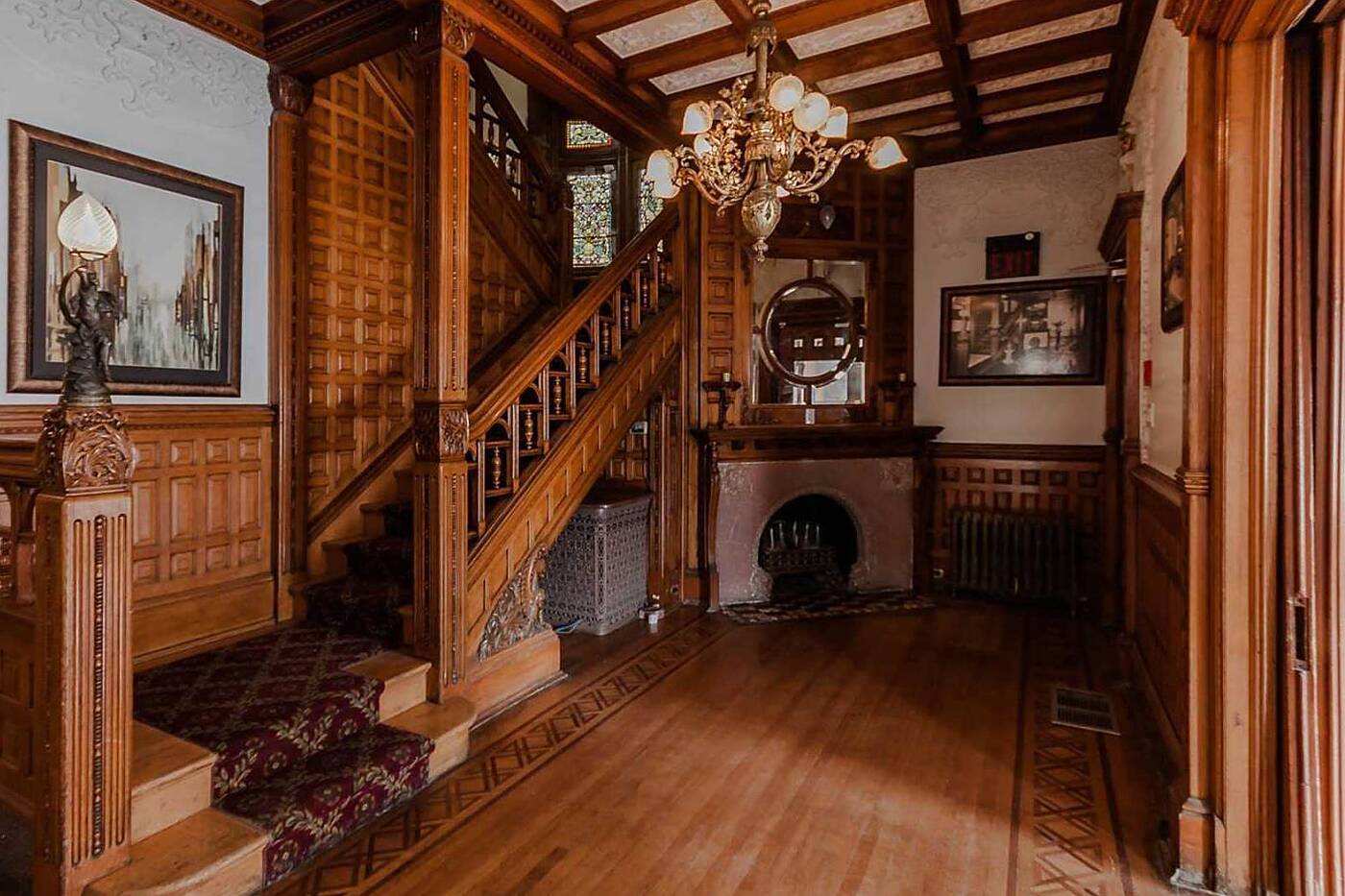 The home at 504 Jarvis street features a hand-carved staircase.

The home is known as G.H. Gooderham House, not to be confused with the Gooderham mansion at 592 Sherbourne, the mansion at 504 Jarvis Street was built for George Horace Gooderham in 1891, whose grandfather was William Gooderham, an original founder of Gooderham and Worts Distillery. 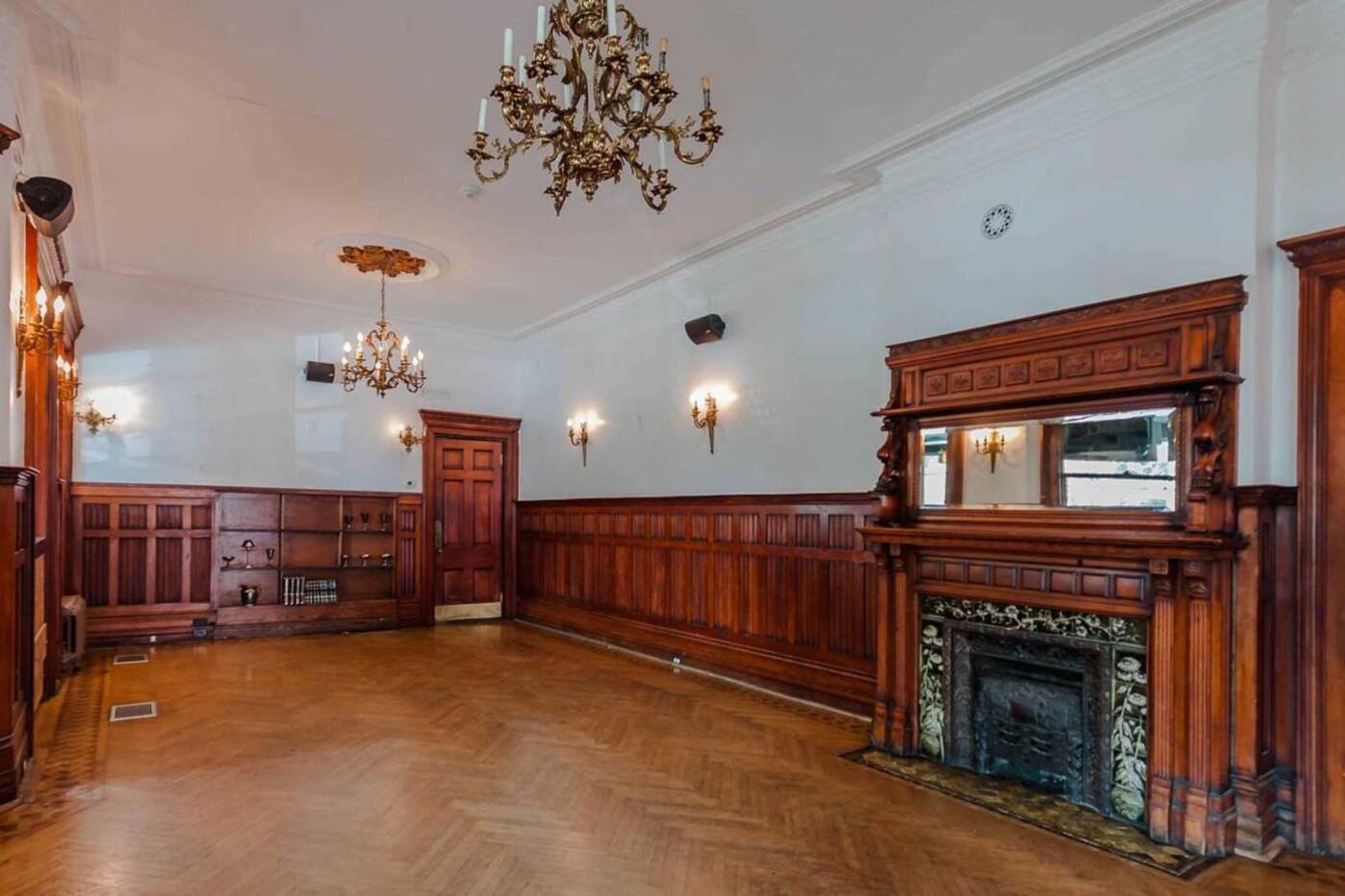 George Gooderham was active in the family business but also was a Conservative member of the Legislative Assembly of Ontario from 1908 to 1919, representing Toronto South and then Toronto Southwest. 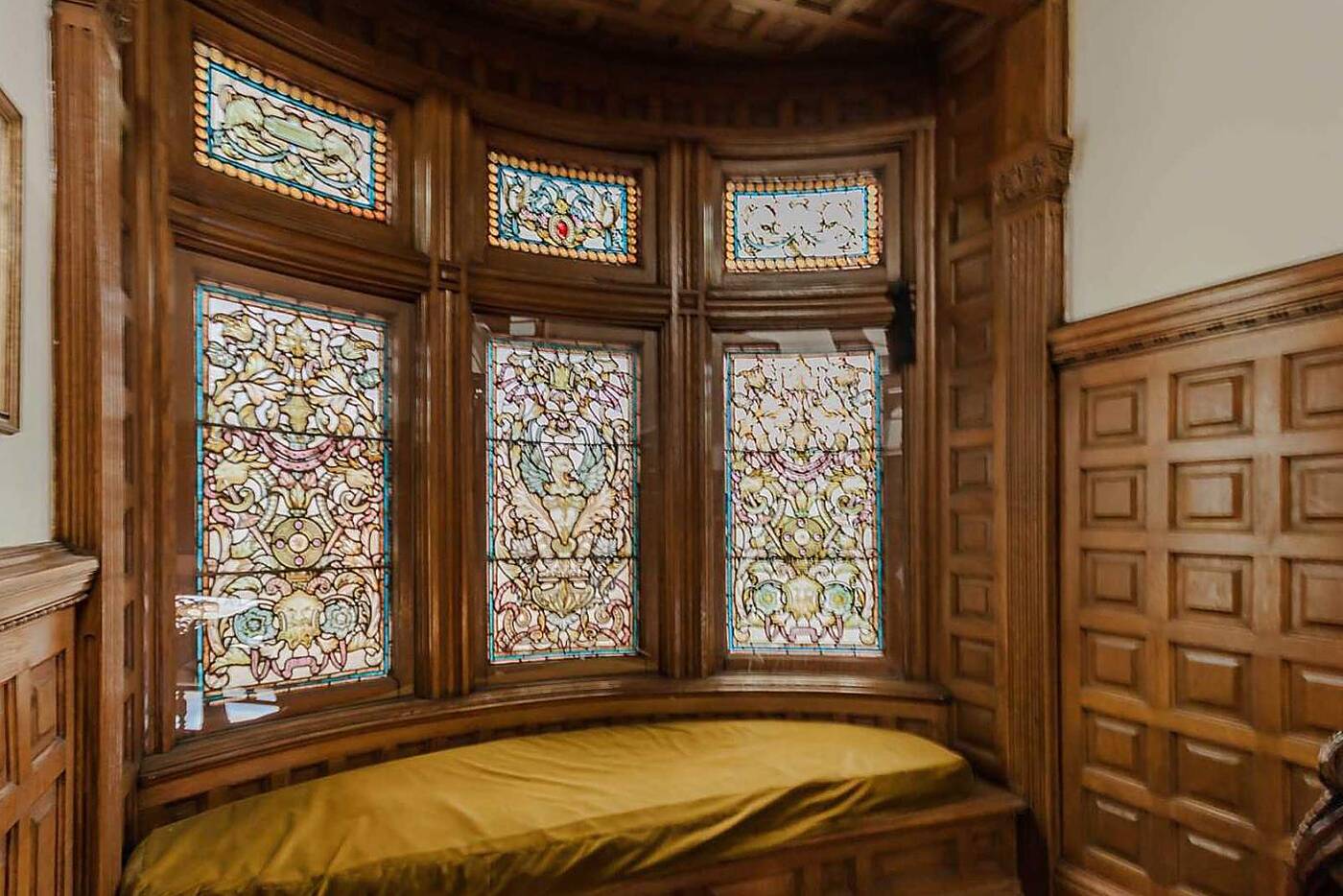 There are beautiful stained glass windows. 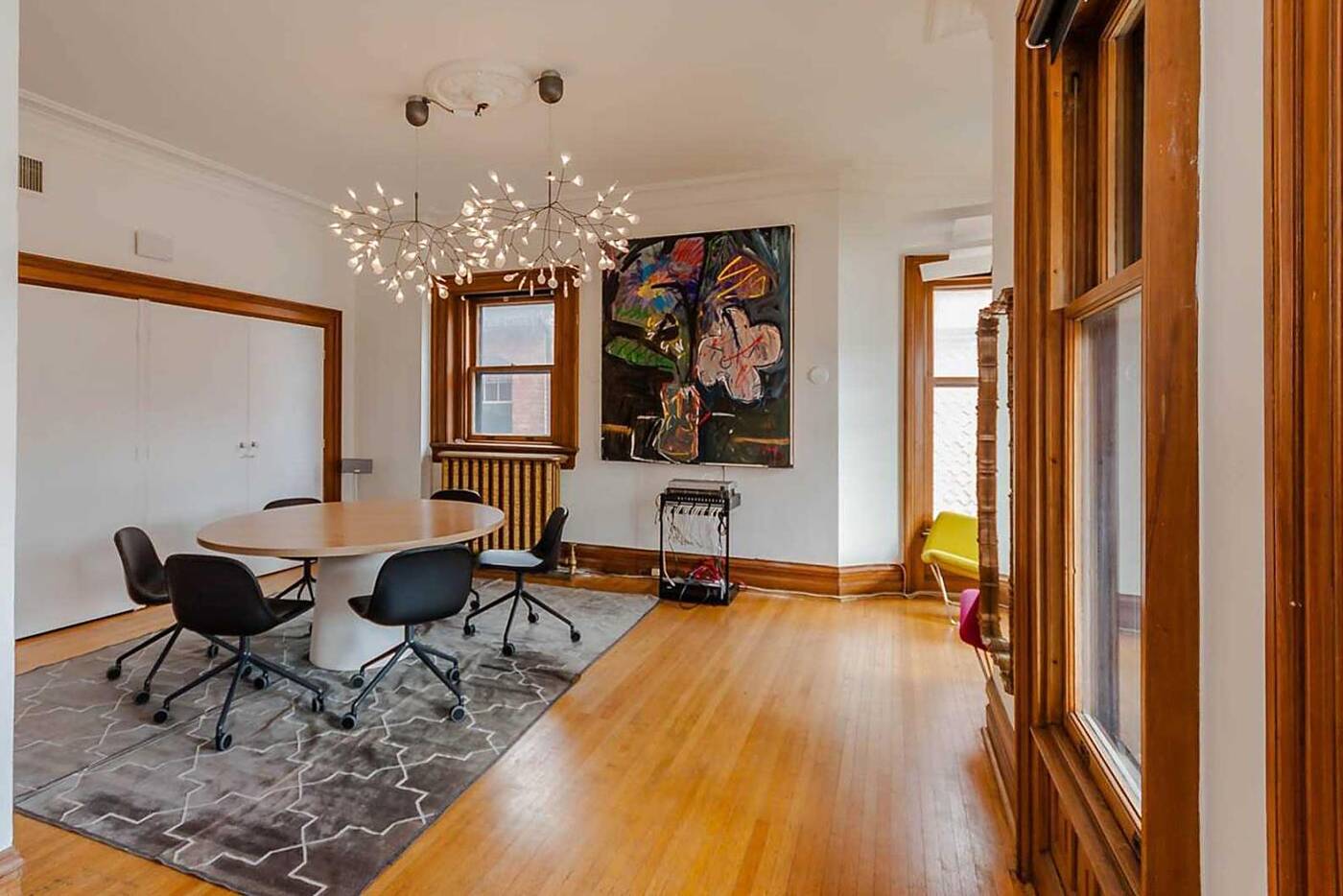 The property has office space that could be transformed back to a home.

Gooderham lived in the home at 504 Jarvis until 1906, after which it was used for several different purposes. 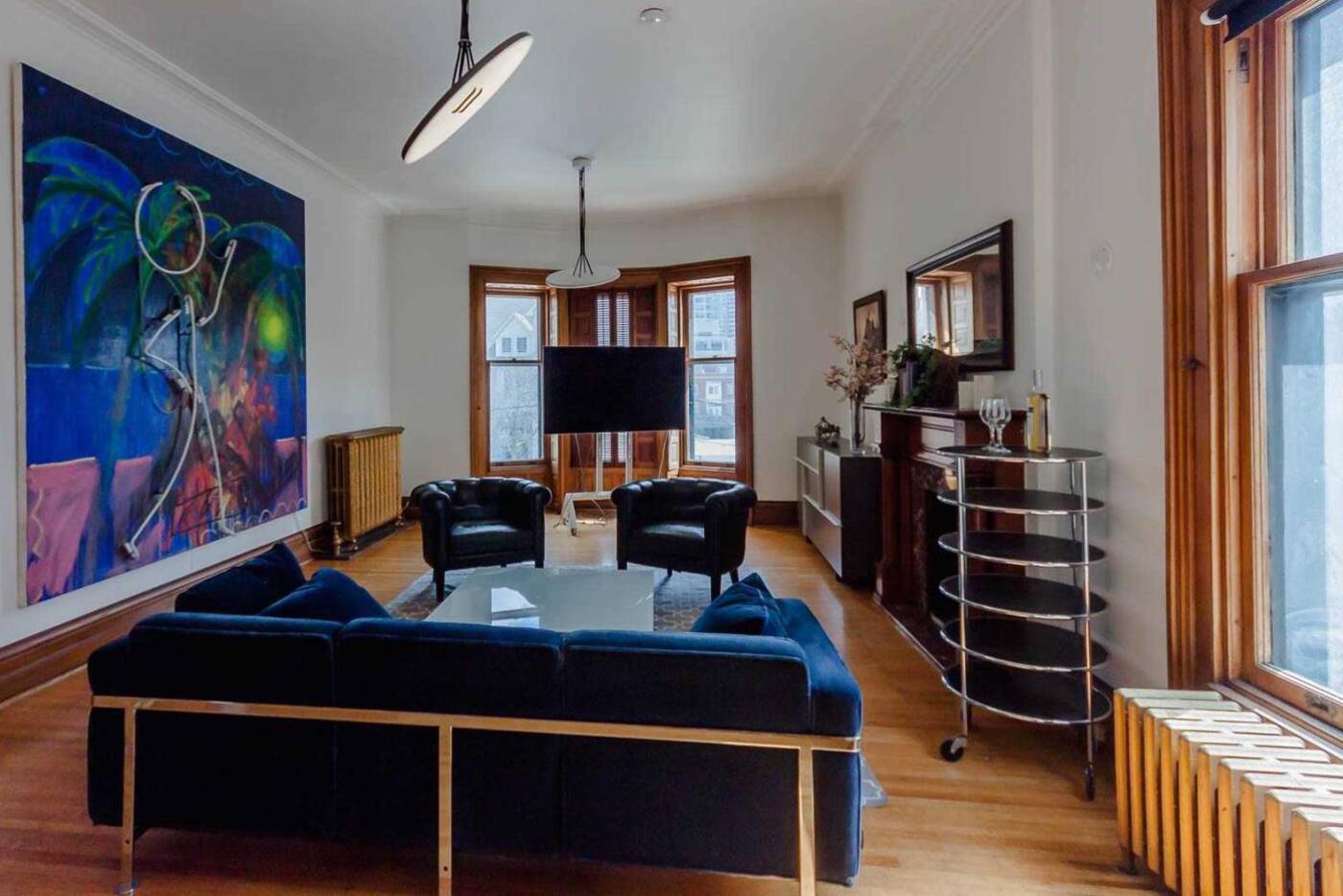 There are bright, modern spaces in the home.

It was then home to Leo Frankel, manufacturer and merchant. It was occupied by the Ursuline Sisters' School; the Red Triangle Club; a service men's hostel; and, from 1946 to 1975 by the Big Brothers of Metropolitan Toronto. 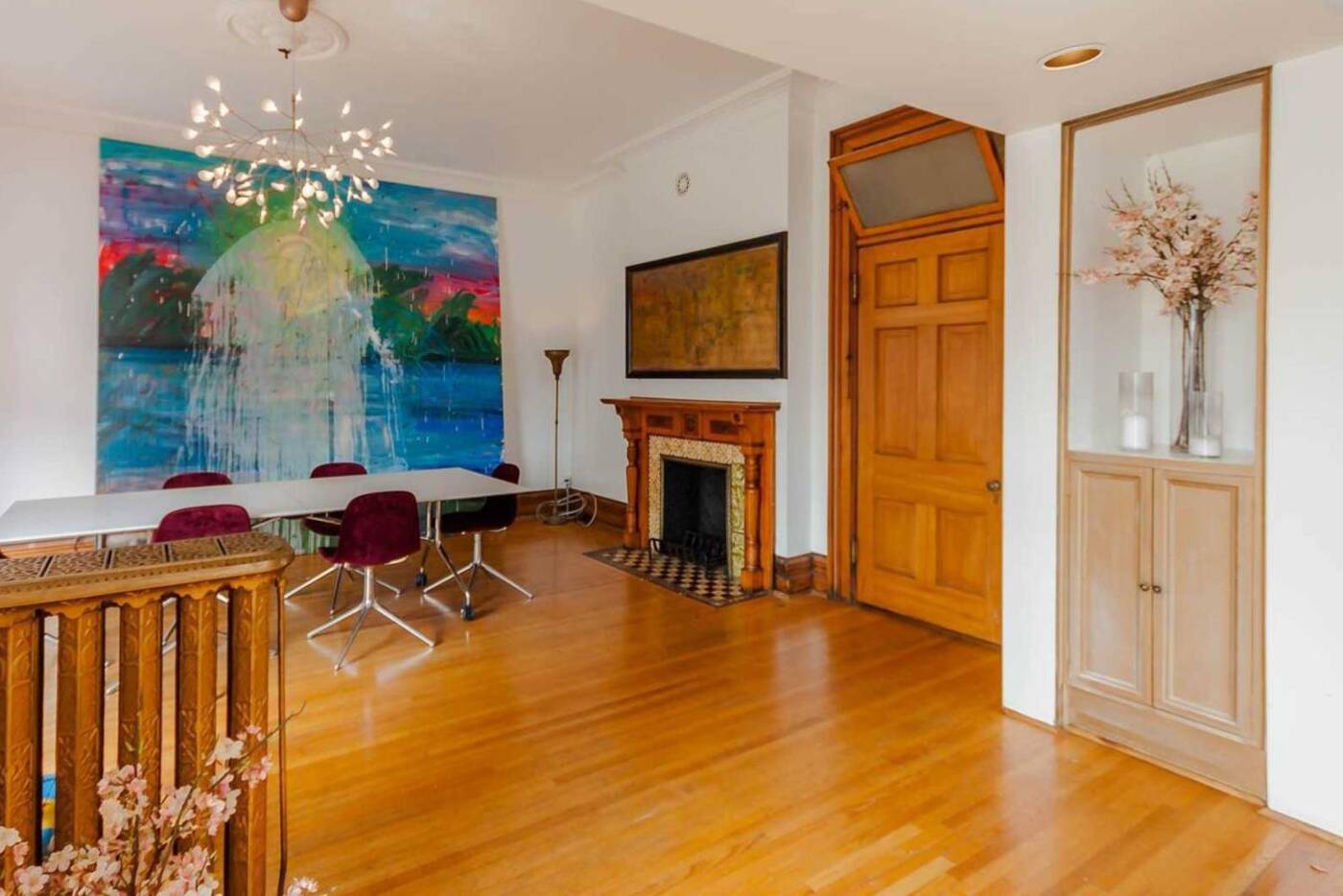 The home comes with 10 rooms that could be bedrooms. 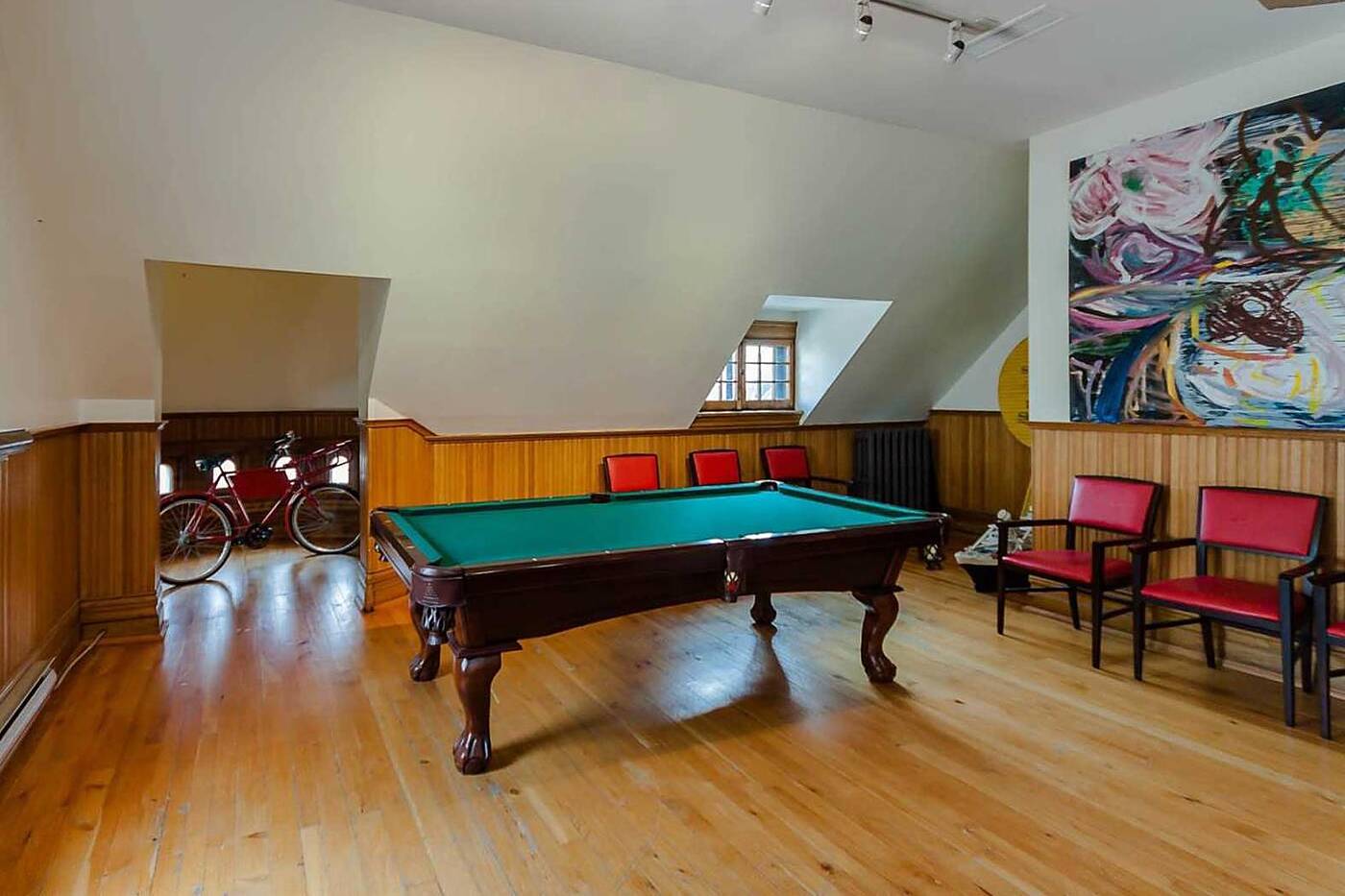 Some rooms were used for other activities such as games.

"The brick work on the Gooderham Building is exceptional both in terms of the quality of the red bricks and the minuscule thickness of the modern joints," notes the Heritage Trust. 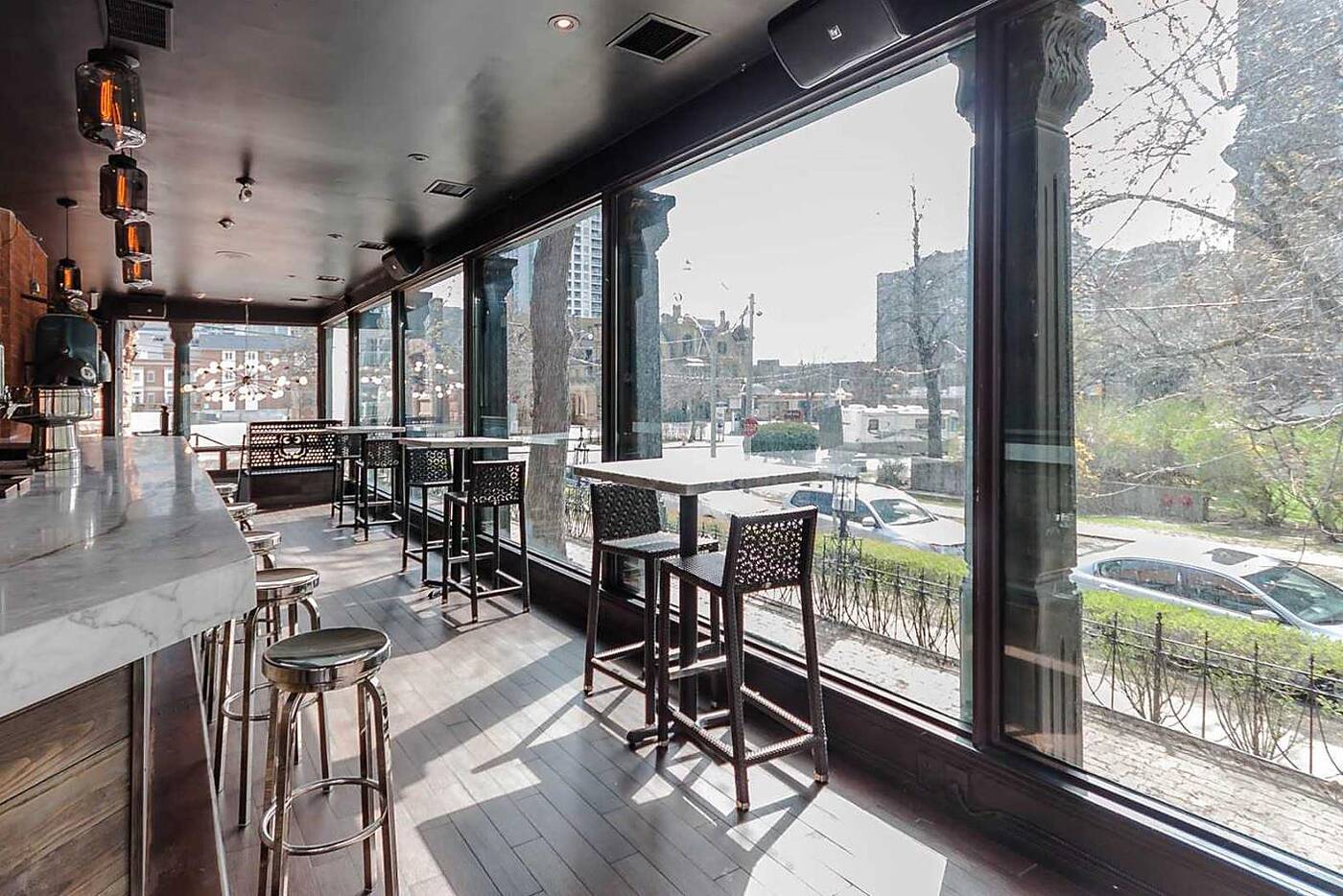 There is a 150 seat wrap-around patio.

More recently, the home has been used for an event space and boasts a 150 seat wrap-around patio. 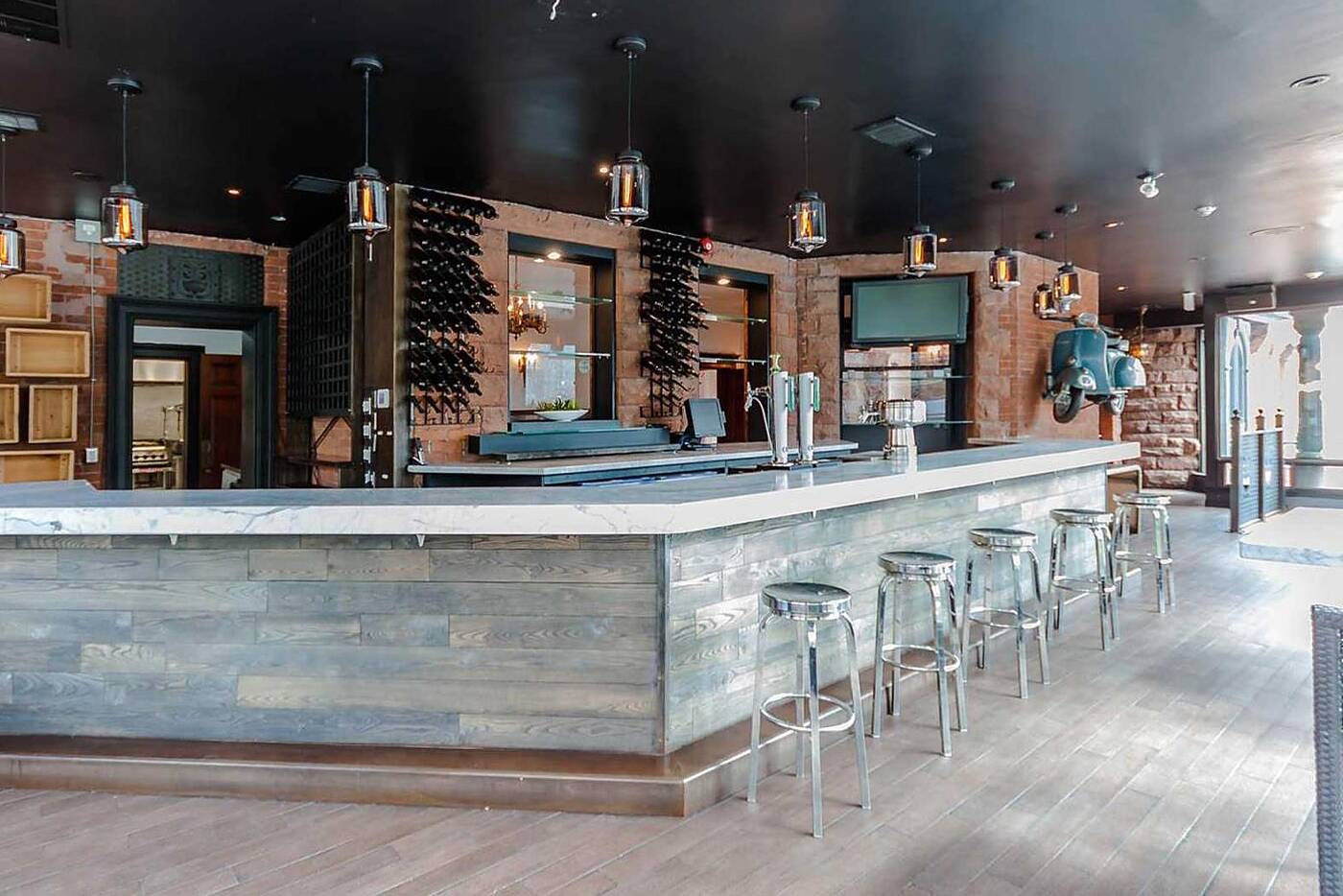 This would be a massive bar for a private home.

According to the real estate listing, the 8,000-square-foot home can be used as a restaurant, art gallery, office, private school or be converted back to a residence. 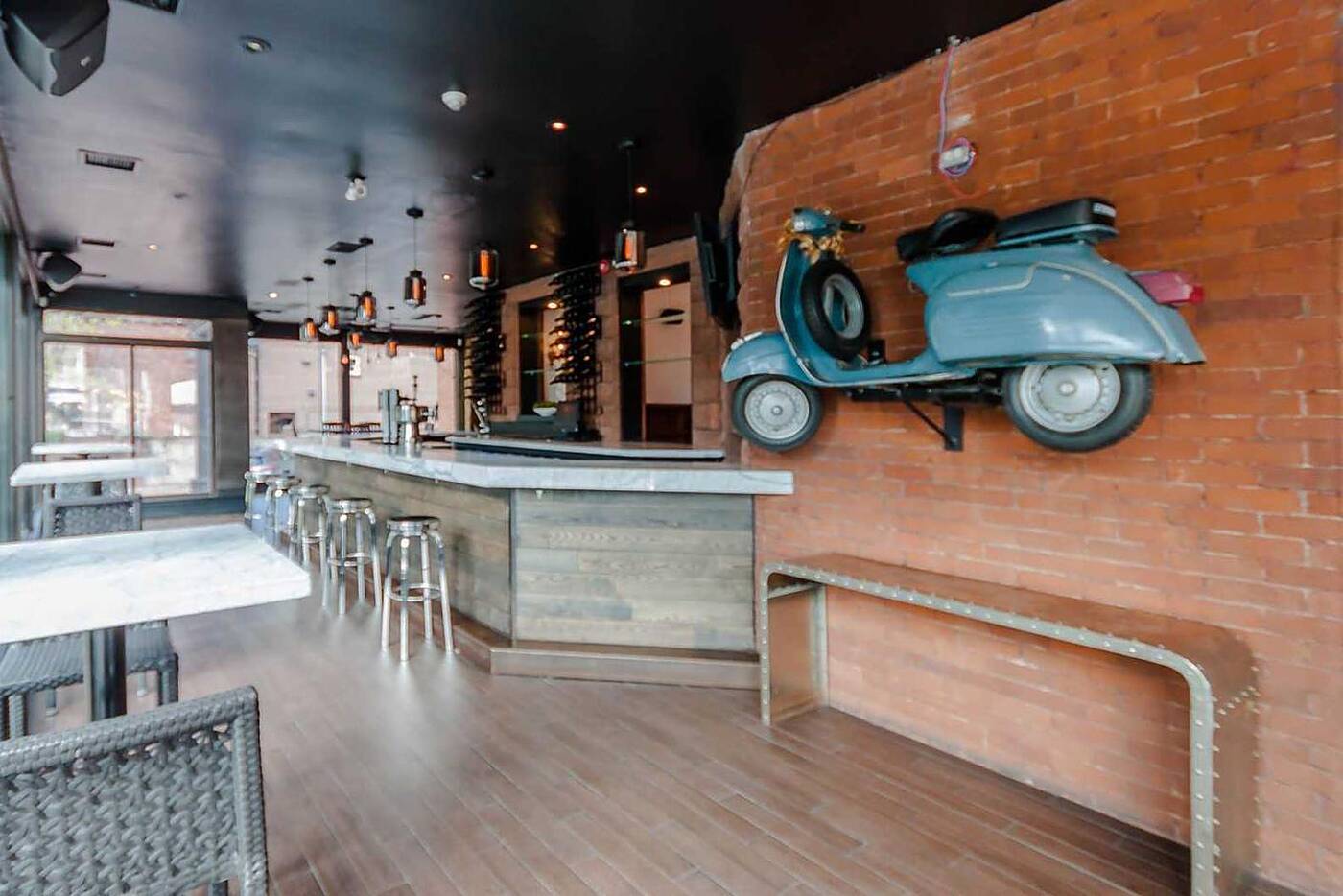 There is no word on if the bike would be included.

As a home, it could have up to 10 bedrooms, and it has seven washrooms.

The place has 11-foot ceilings on the main level, a hand-carved staircase and stained glass windows. 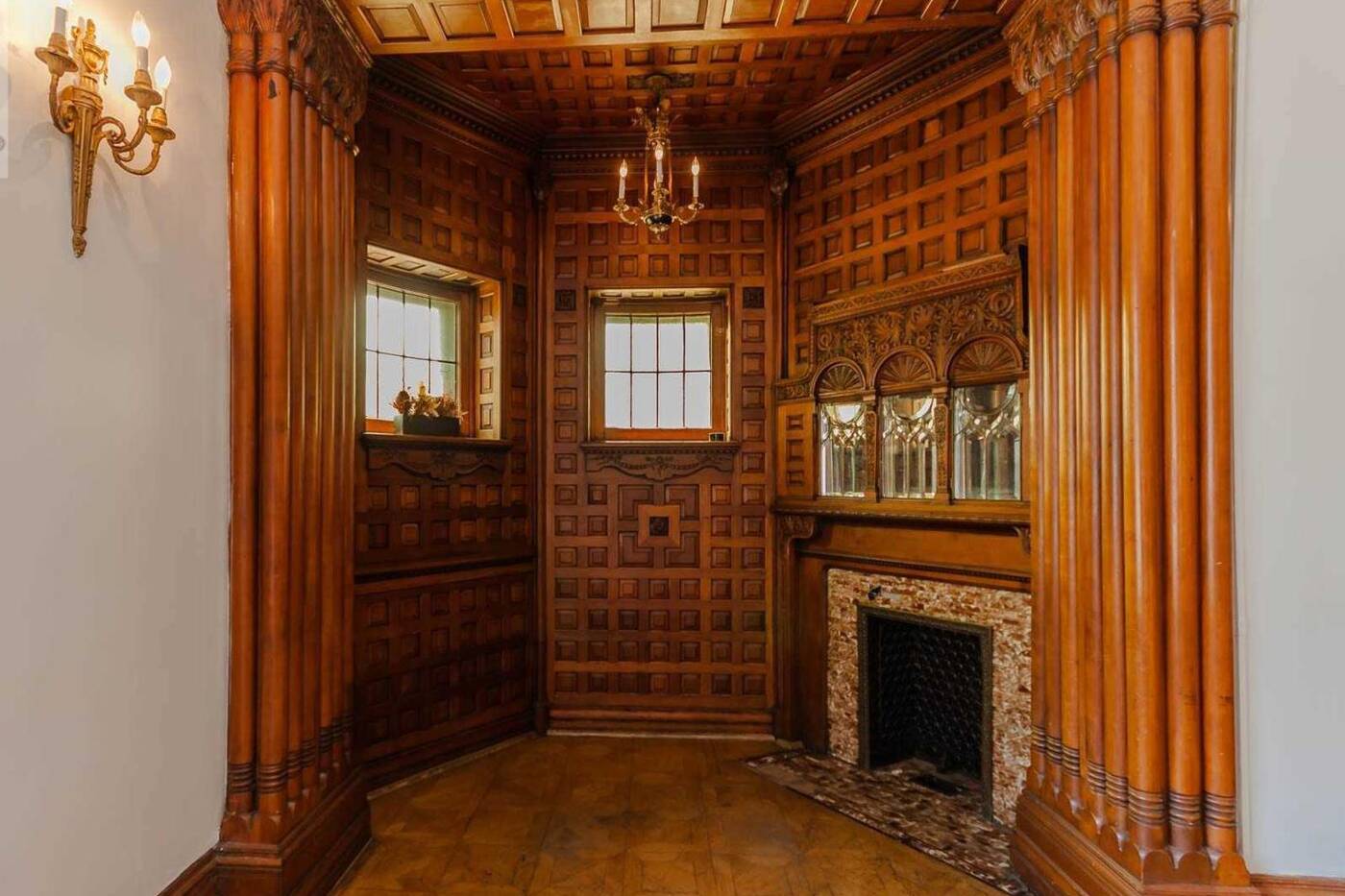 For all the modern rooms, there are still many ornate, old features in this home.

This mansion is one of Toronto's most beautiful buildings. Here's hoping its future owner creates something the public can enjoy and visit.