The historic C.N. Parry Sound train station at 1 Station Road is listed for sale as a commercial property and could be converted into an art gallery, restaurant, pub, hotel or a retail business.

Under current zoning, though, it cannot be converted into a home. 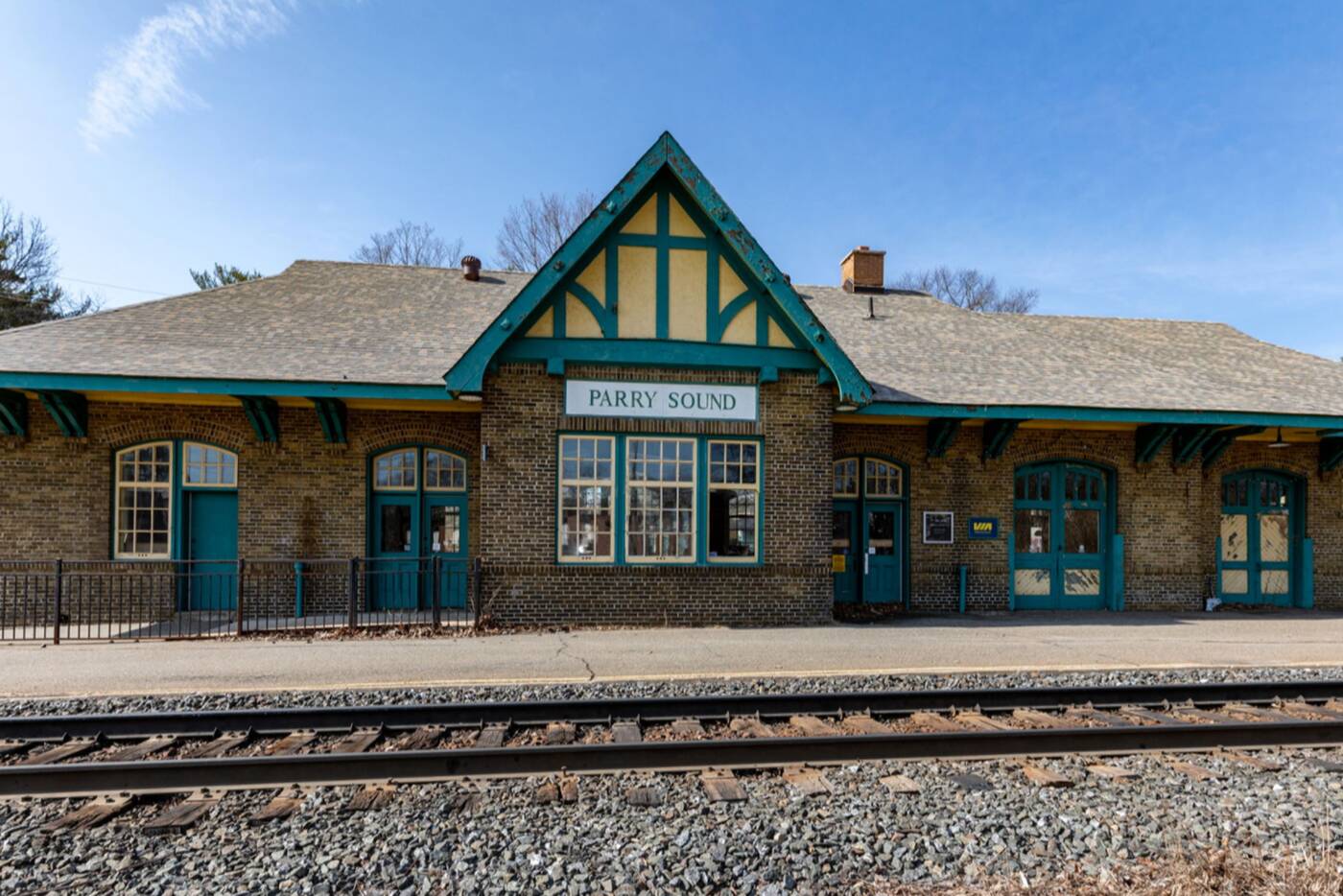 Parry Sound is north of Muskoka in an area known for boating, cottage, camping and hiking.

While there are plenty of churches and school houses, train stations are a bit harder to find on the real estate market. 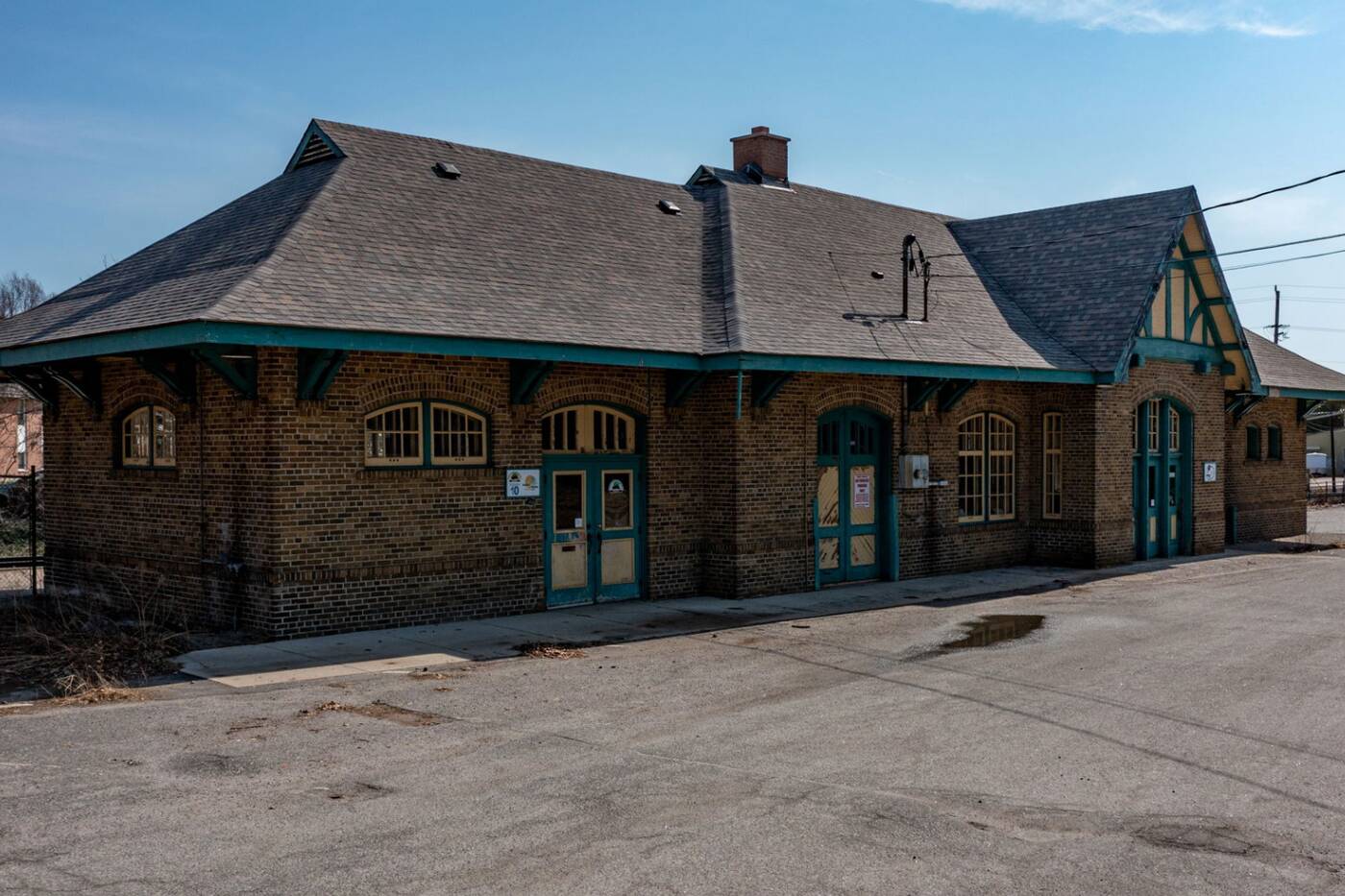 The property could be a shop, restaurant or hotel. Engel & Völkers photo

"It's not often you get a historical train station up for sale," says Matt Smith of Engel & Völkers, who is handling the sale.

They do come up occasionally, though; there was one in Orillia back in 2019. 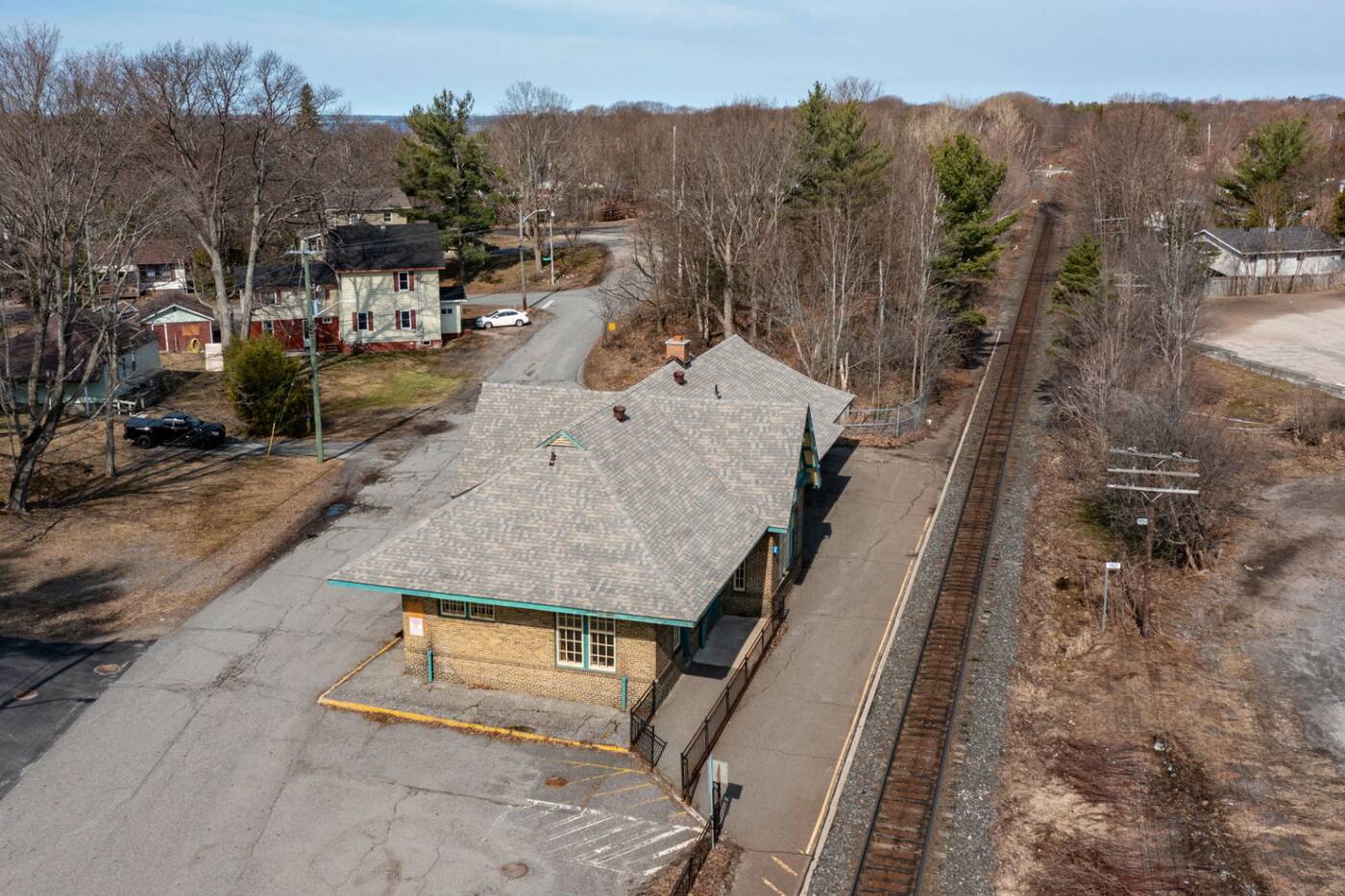 There is space for 20 vehicles in the parking lot. Engel & Völkers photo

Using a common real estate commercial property ploy to get attention, the station is listed at $1. Back in 2017, the 2,679 square foot building sold to its current owner for $80,000. But that was in a government sale and Smith hopes to get much more for it today.

And there has been a lot of interest.

"I probably get a dozen calls a day," says Smith. 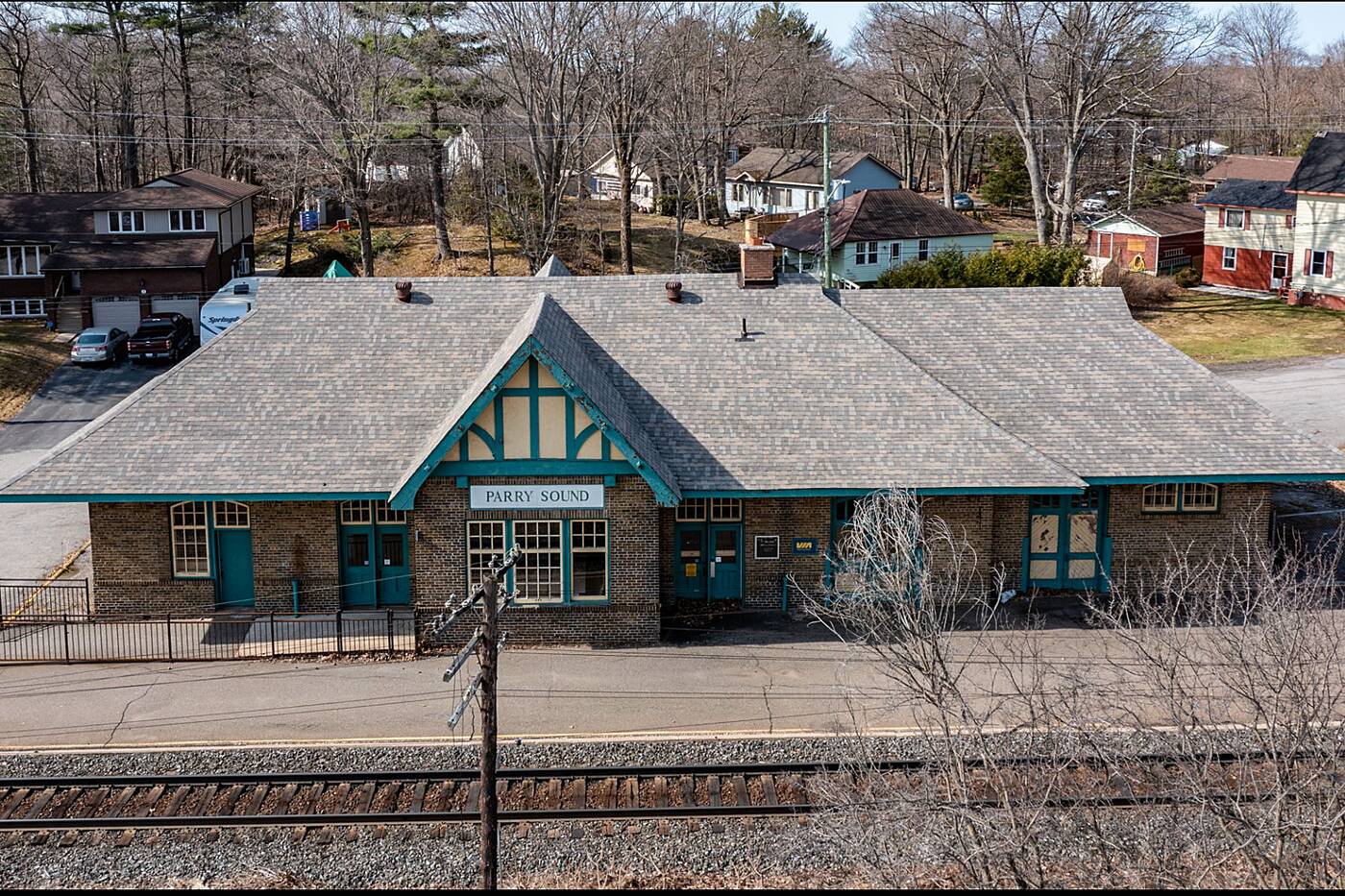 The property dates back to 1932 when it opened as a C.N. rail station. It was later used as a VIA Rail station. There is a live track beside the station but trains now stop at another, more modern station in town.

It was designated in 1983 as being of architectural and historical importance, according to Town of Parry Sound documents. It was built with exposed timber framing and gable walls, and has the characteristic hipped roof with overhang supported by paired wooden brackets. 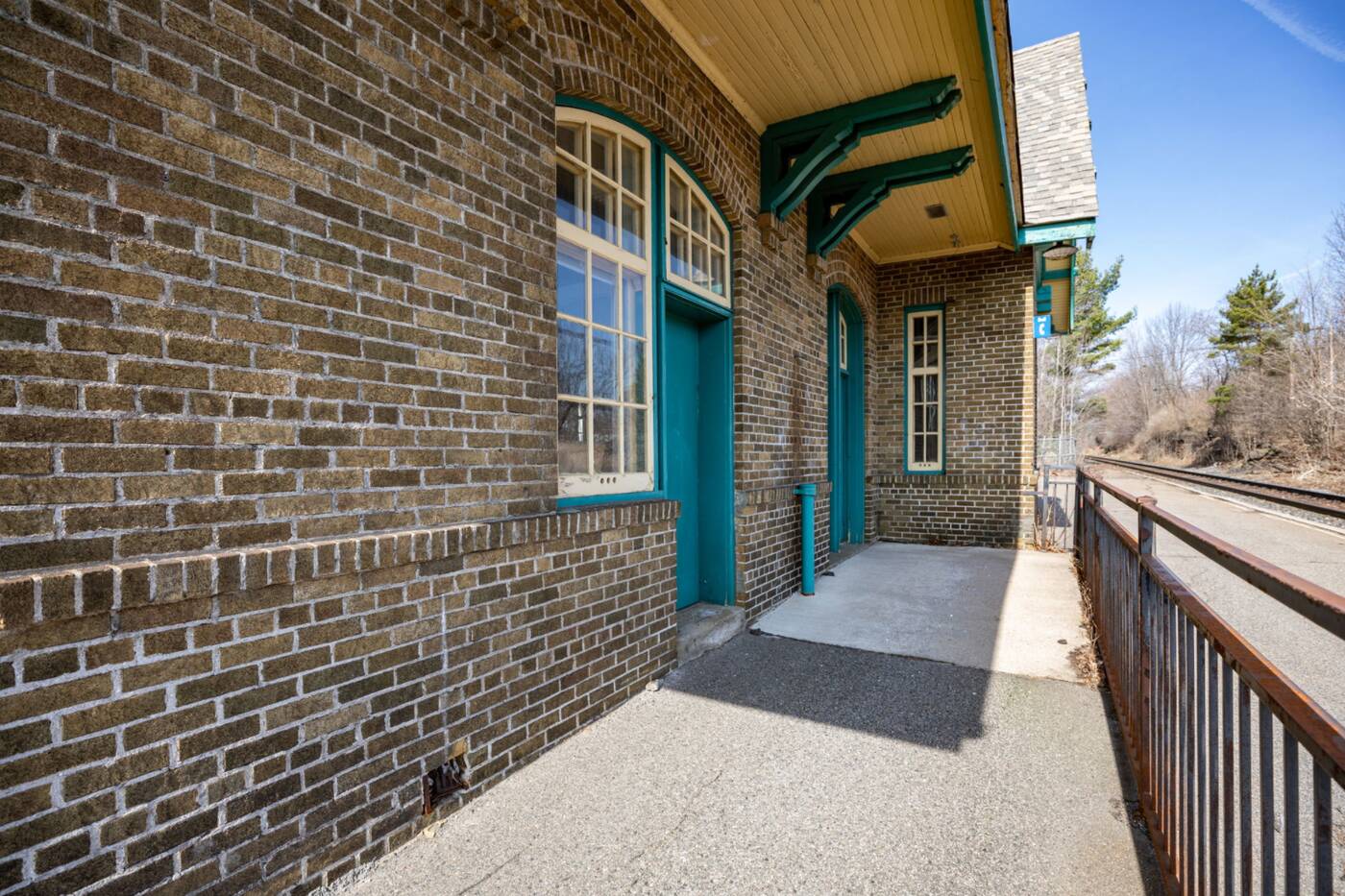 The station exterior must be maintained but the interior can be renovated. Engel & Völkers photo

"The building is aesthetically very pleasing," the town documents state.

The heritage designation means the owner must preserve the exterior of the building but the interior can be renovated and changed. 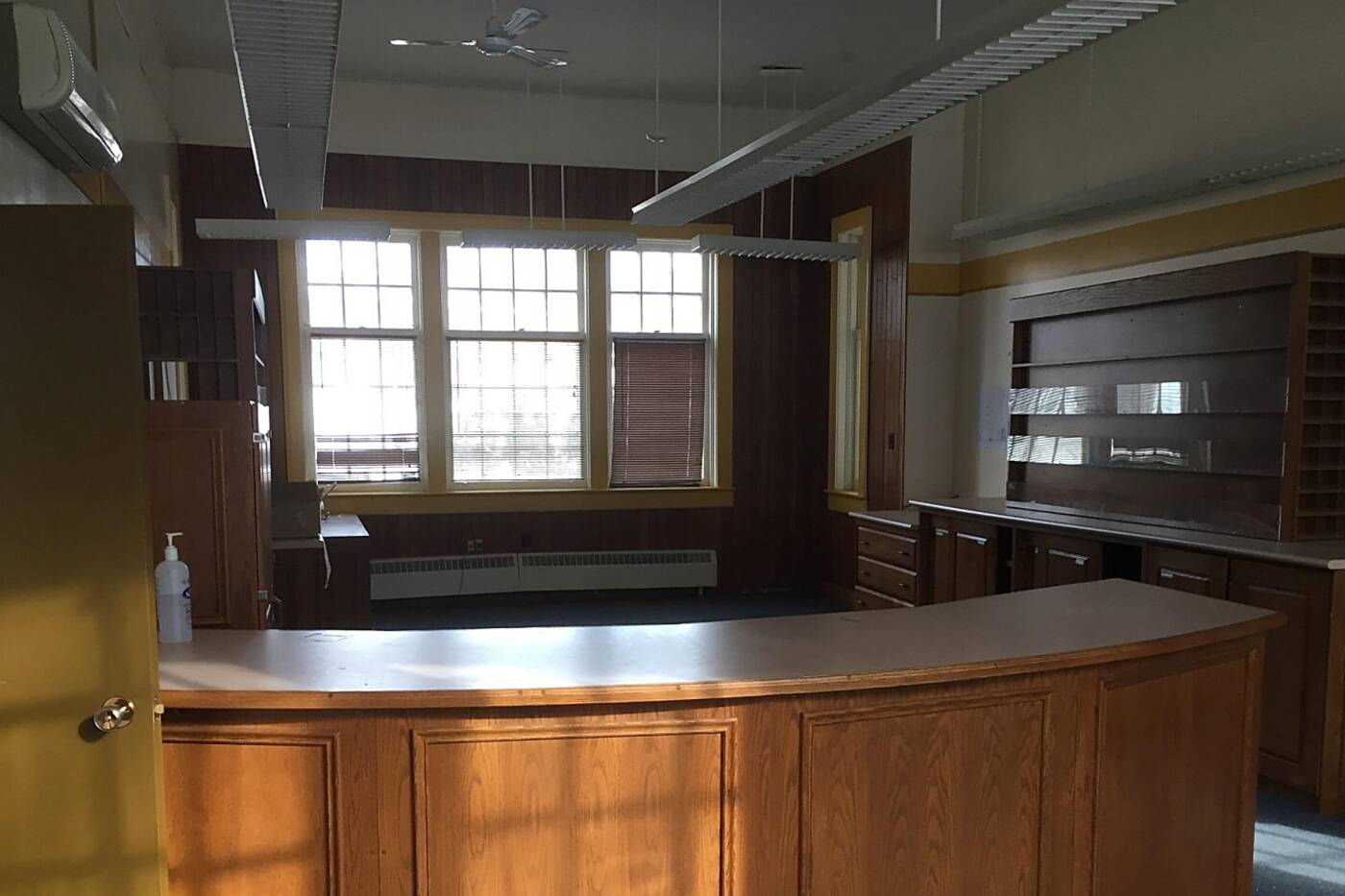 There are no current interior photos but this 2017 photo offers a peek into what it once looked like. Town of Parry Sound photo.

The current owner bought the property as an investment and rented it out to tenants including the Parry Sound Chamber of Commerce, a music studio and the last was going to be a martial arts studio, which wasn't opened before the pandemic hit, Smith says. 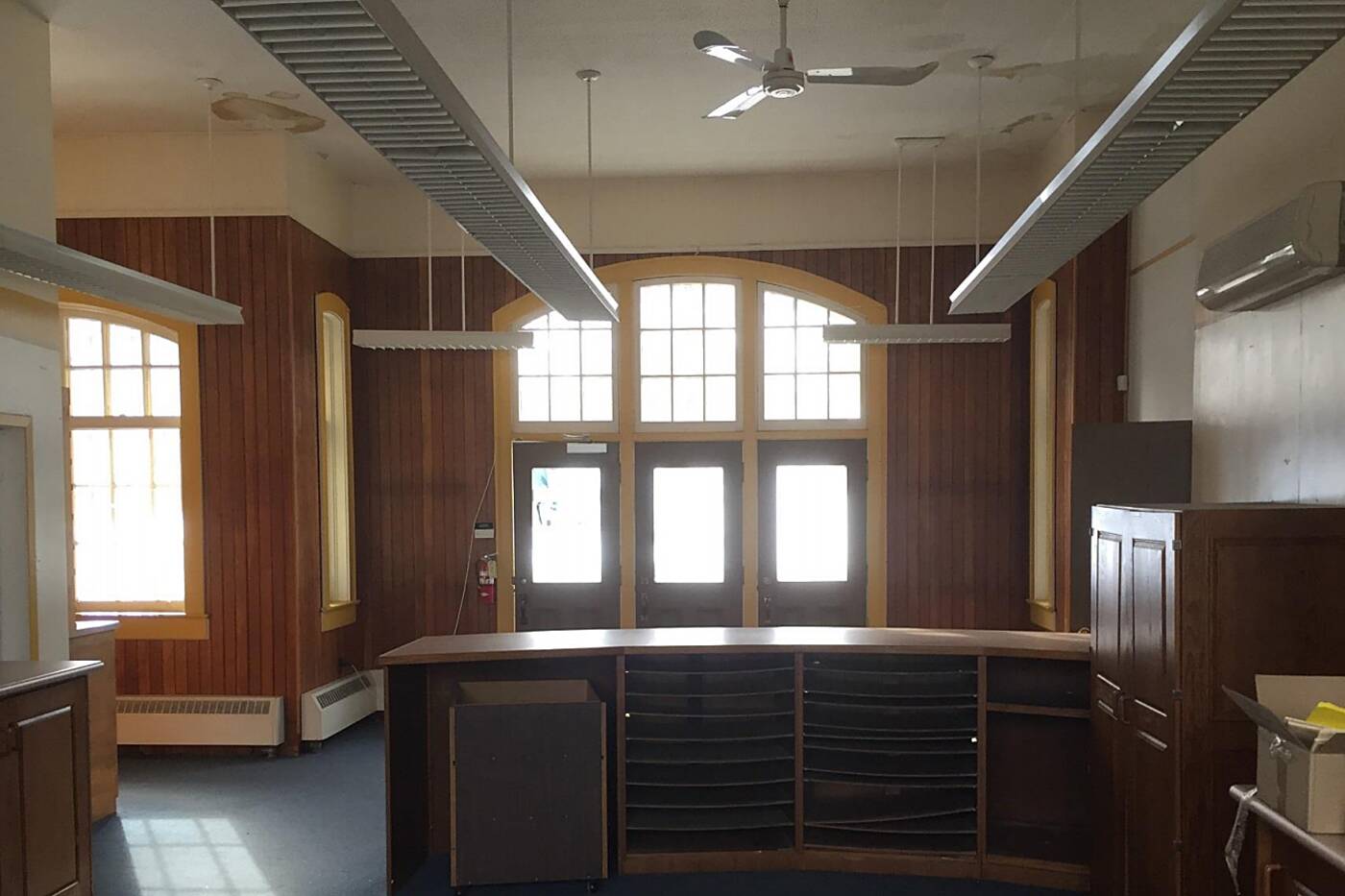 The station likely looks much different inside than it did back in 2017. Town of Parry Sound photo

Smith says the interior has been stripped and prepared for renovations that didn't get completed by the last tenant.

If you are interested, you will need to move quickly: Offers are only being accepted until noon on May 6, with the winner of the auction being announced at 2p.m. the same day.