An old school house near Toronto is now for sale, and this newly refurbished home has some surprising upgrades.

Located in the small hamlet of Orton, just over an hour from Toronto, the old school house has been renovated with three bedrooms and an old stone fireplace. 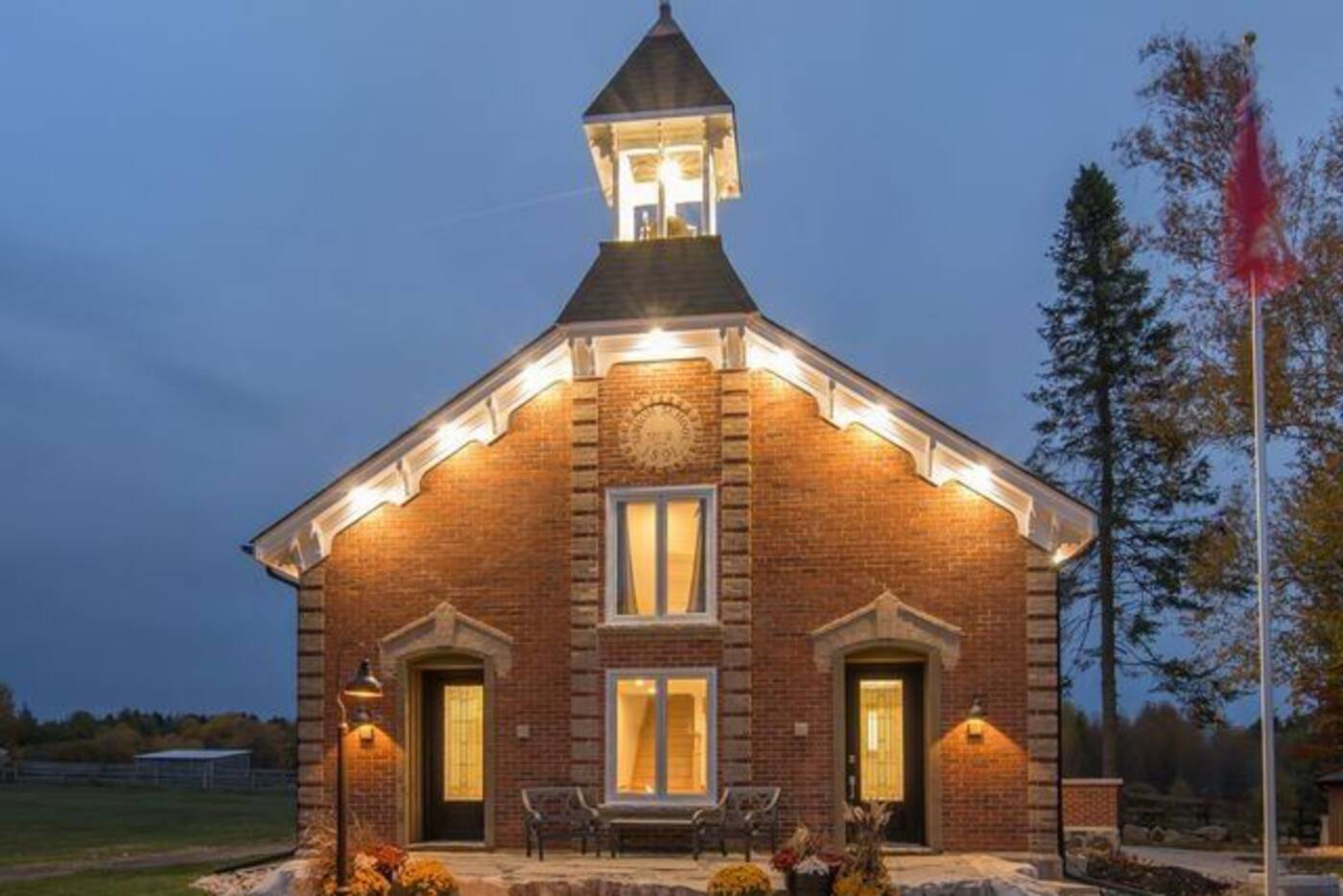 The school house at 9069 Garafraxa Town Line in Erin was recently renovated and restored.

The home was a school from 1891 to 1963 when the last teacher and her husband bought the building, said architectural technologist Bev Gray who is behind the latest upgrades.

Gray bought it a year and a half ago and, after months of work, she is ready to let it go. The 3,000 square foot home needed upgrades and Gray also wanted to restore the exterior.

"Bringing back the old architectural details is a passion of mine." 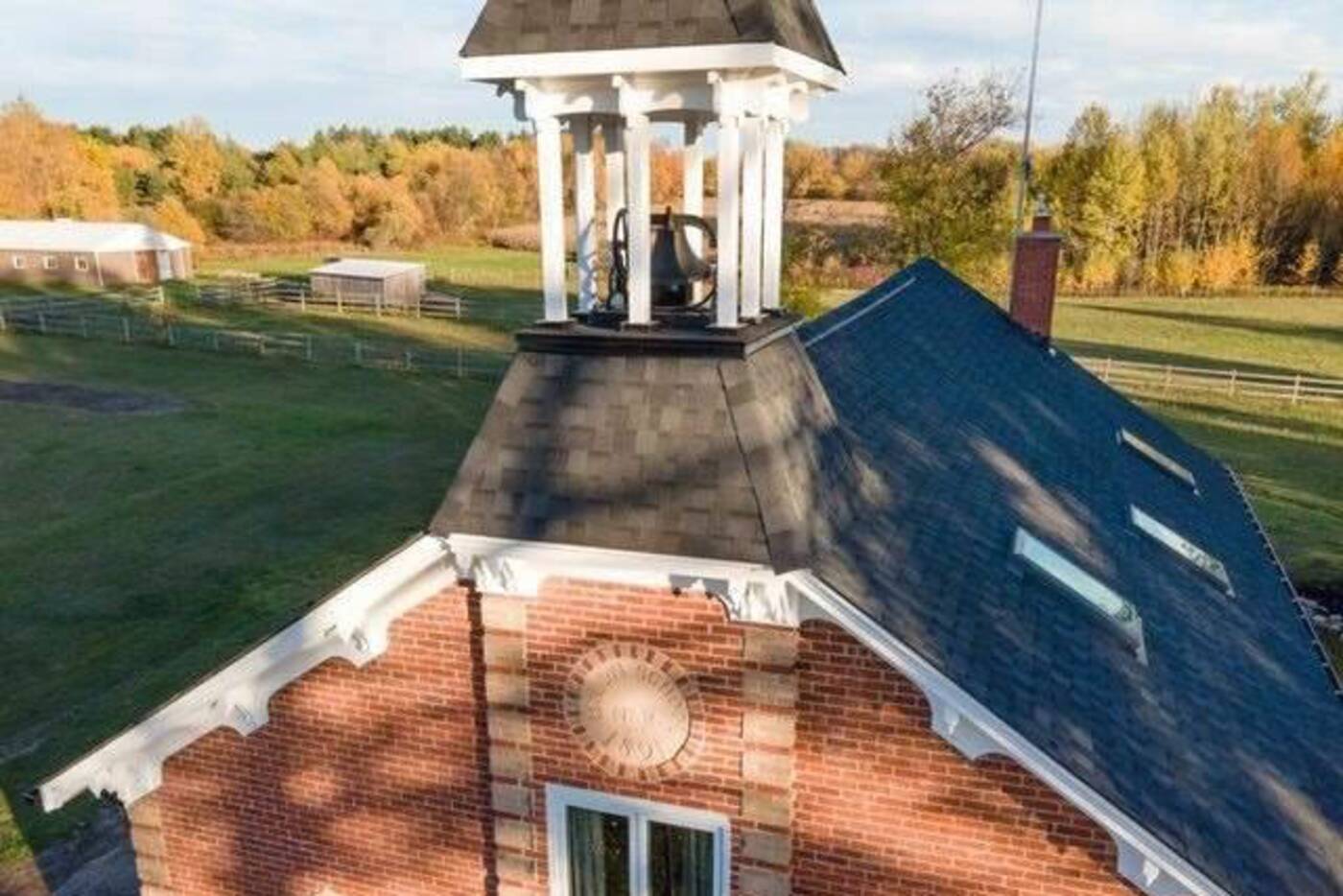 Boards once covered the name of the old school.

Previous owners covered some of the exterior with boards during their renovations. When one board was removed, the name of the school — Union School No. 2 was revealed in pristine condition. 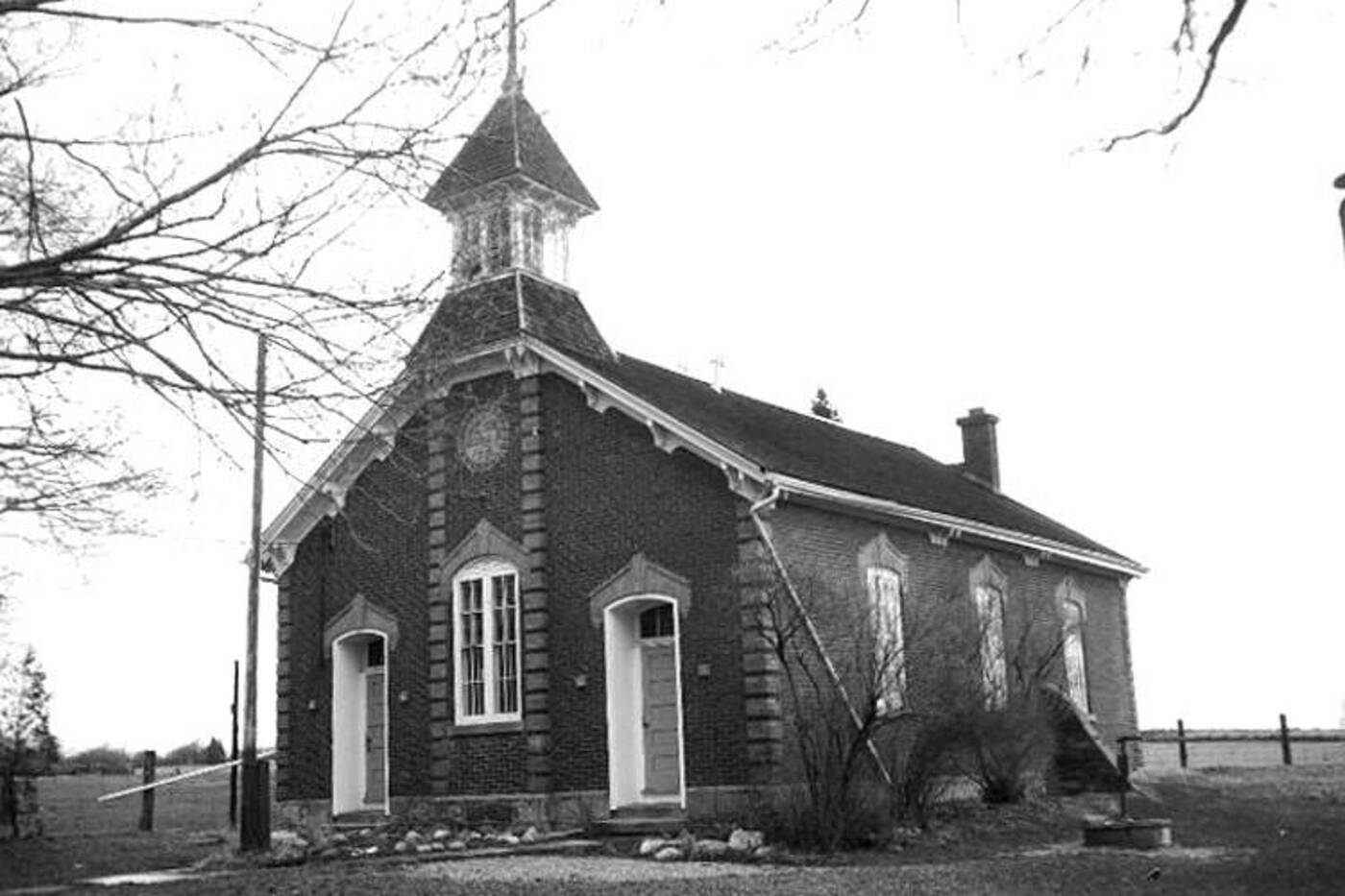 A historic photo of the school shows the exterior now looks much like it once did.

Now the exterior of the school looks much like it did when it was first built. She moved and restored the original two front doors — separate entrances for the girls and boys, as was traditional in those days. The brickwork was restored.

Perhaps the most interesting upgrade is the restoration of the school bell. The bell tower was leaning so she had it taken down and rebuilt. Gray sent the bell to Mennonites to restore it. In the past, teachers would have pulled a cord to ring the bell but Gray motorized it and the bell rings through a phone app. 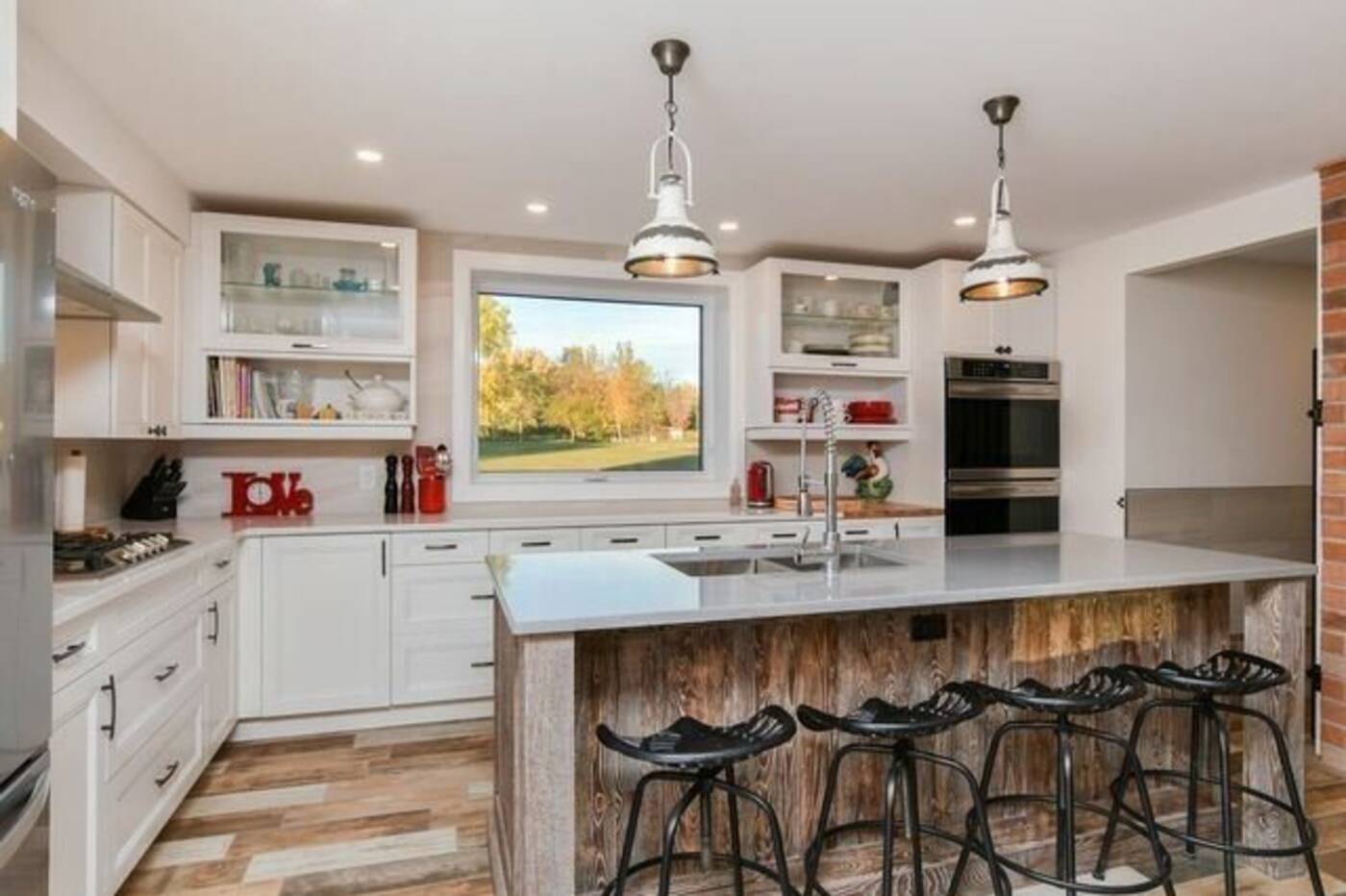 Inside the home now has modern features.

The interior was changed from three storeys to two storeys with a modern kitchen, an office, a gym upstairs and renovated bathrooms.

Overall the upgrades make it a beautiful home. 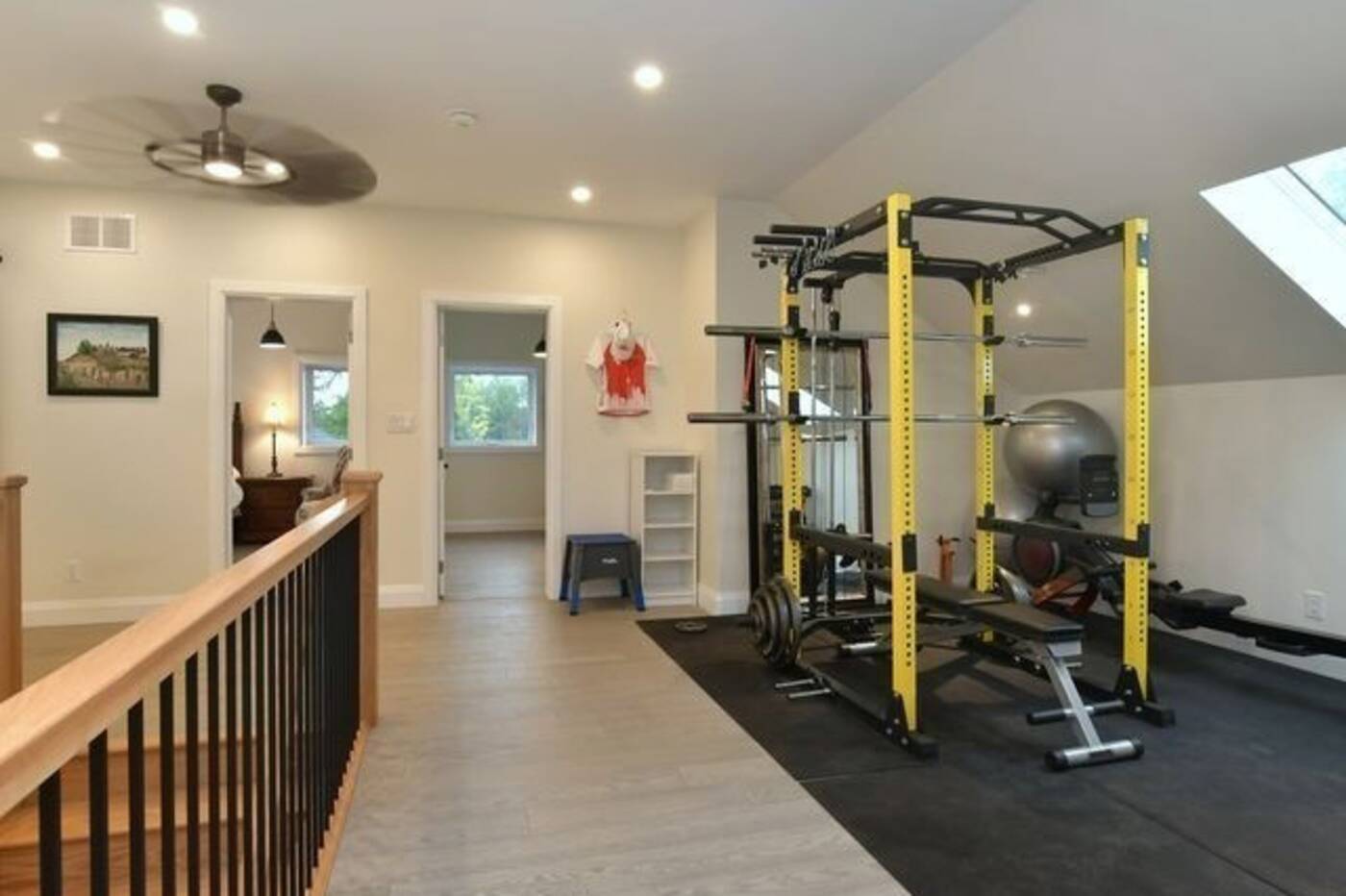 There is a gym and skylights upstairs.

"She went to town with it — it is stunning," said sales representative Wayne Baguley.

Gray poured a lot of time and money into it, said Baguley.

"Projects like this are all heart, love and passion," he said.

This isn’t the first unusual country home Baguley has sold – he occasionally gets listings for renovated churches and sometimes schools. 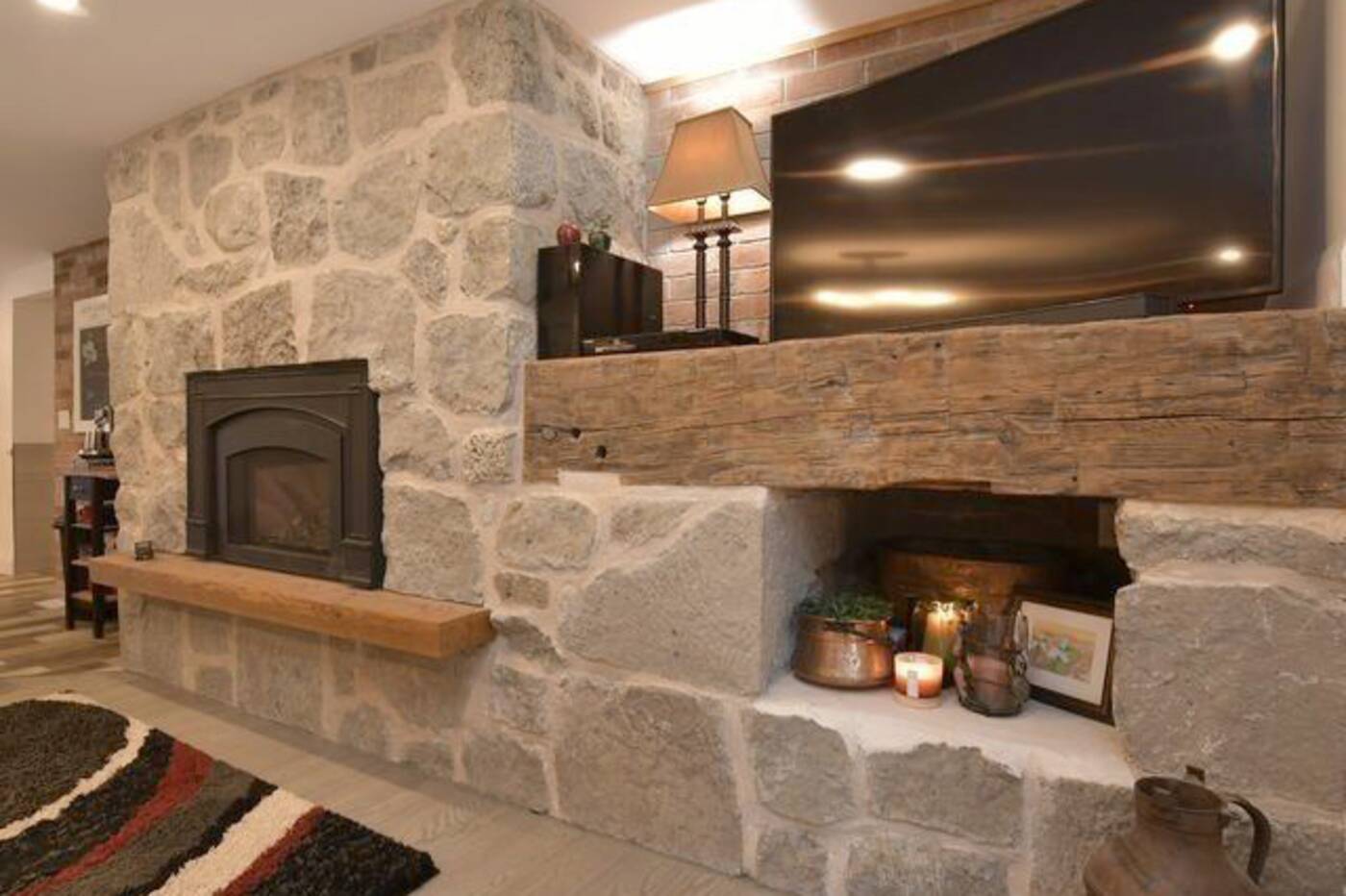 The fireplace has been converted to propane.

The pandemic has people considering a move out of Toronto.

"Right now there is no question, COVID has pushed a reasonable number of people to move, and a lot of people are considering a total lifestyle (change)," Baguley said. 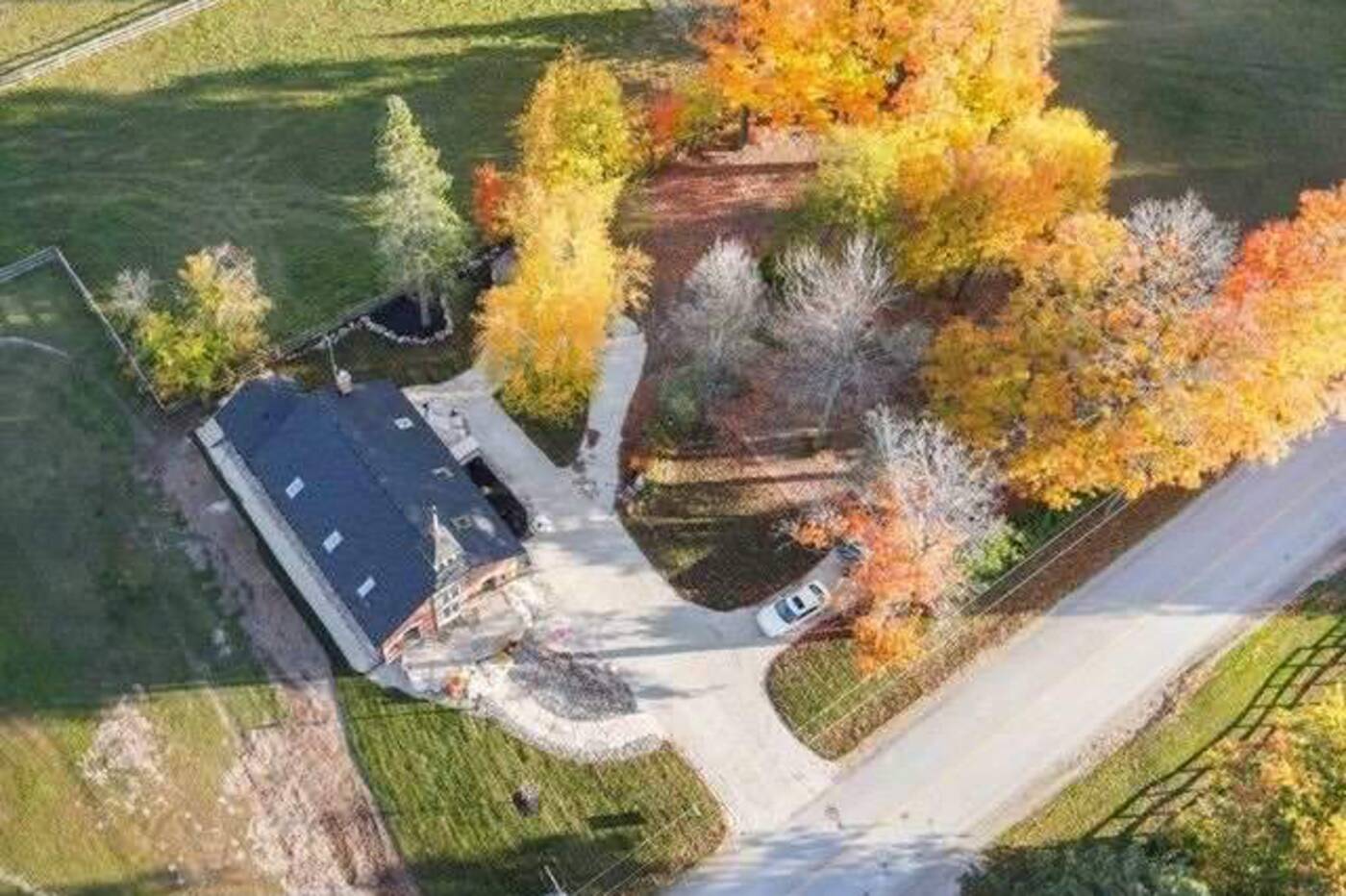 The property is in a hamlet surrounded by farm land and nature.

If the $1.4 million price tag is out of your budget, there is another renovated school house located in the same area for sale at just under $900,000.