Old fire tower is an epic lookout north of Toronto

If you go back 70 years, rural areas north of Toronto were dotted with fire lookout towers. There were as many as 325 in Ontario before planes started fire-spotting in the 1960s. Now, only a small number remain scattered around cottage country.

Of these, a few now serve as recreational lookout towers that offer stunning views of the rugged landscape north of the city. The most popular is surely the Dorset Lookout Tower near the Lake of Bays, but I tend to favour the Tower Hill Lookout in Parry Sound. 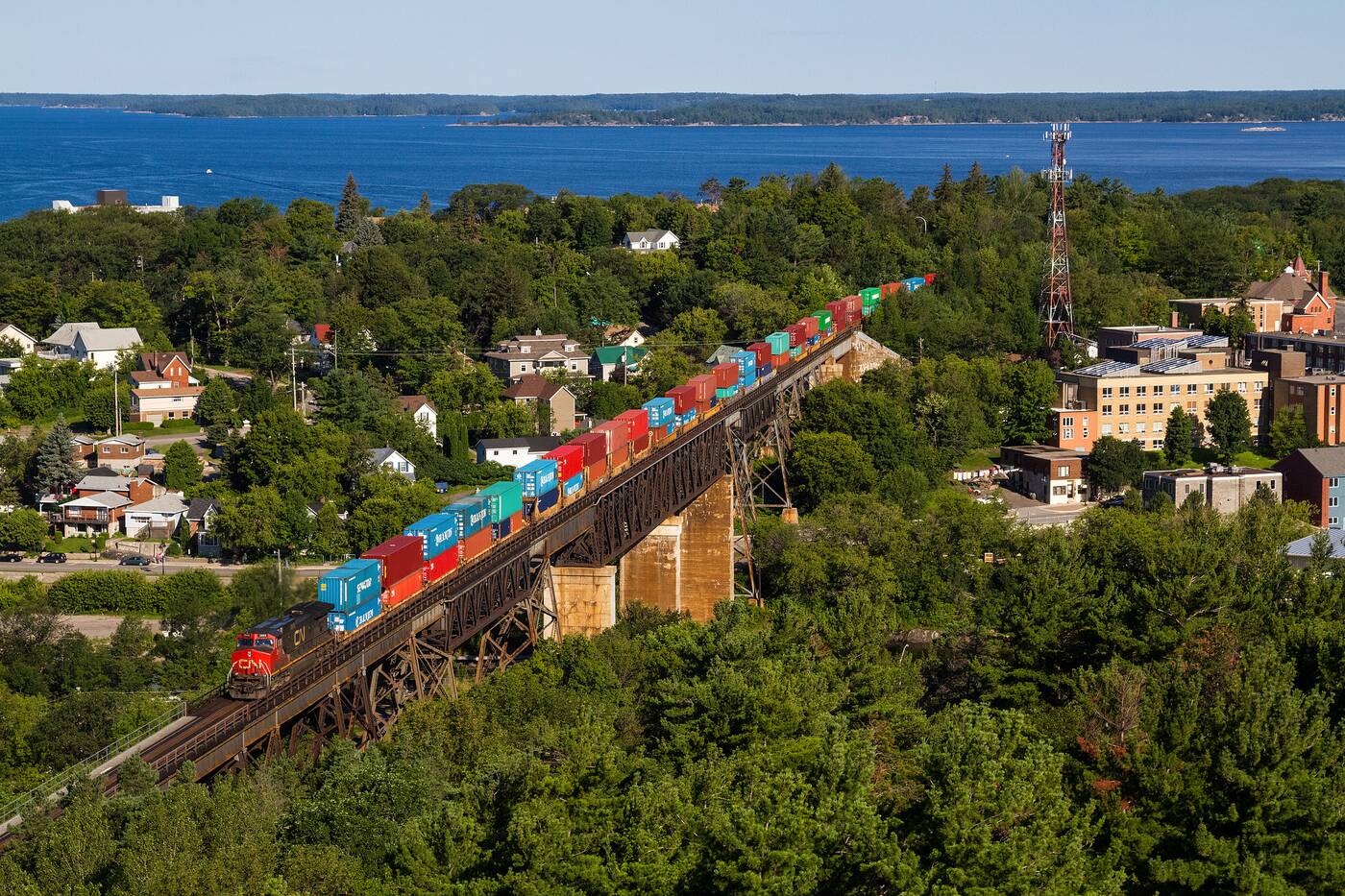 Seeing a freight train roll through town is a highlight of the lookout tower. Photo by Ryan Gaynor.

They both offer sublime views of the Muskoka region, but the one in Parry Sound hovers above the town and its active CN rail bridge adds a layer of visual intrigue, particularly when a colourful freight train chugs on by.

Most pictures from the tower capture a view of the town and Georgian Bay in the distances, but the observation deck does cover a 360 degree panorama, so you can also peer south and east toward the lake country in the distance. 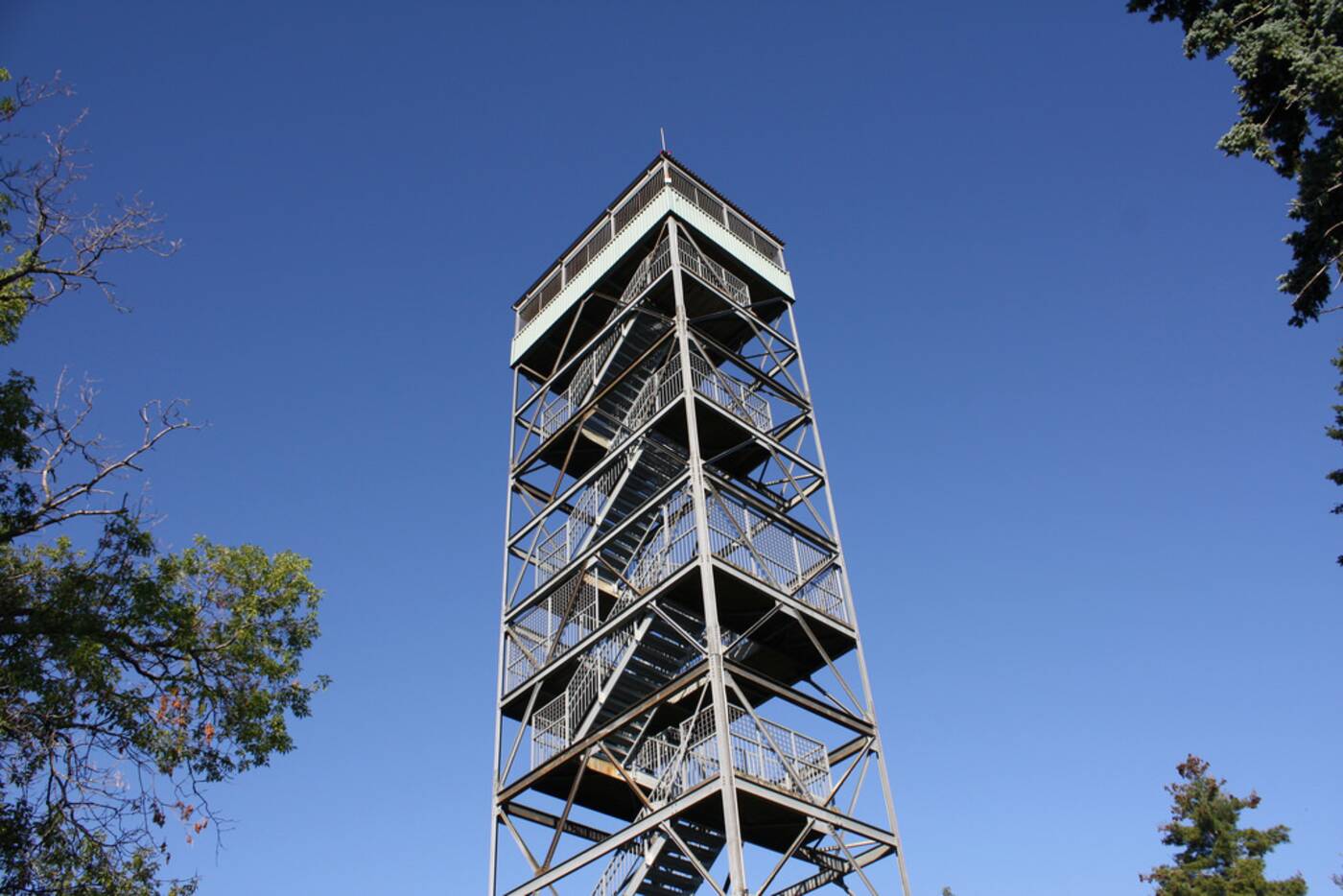 Looking up at the nearly 100 foot tower. Photo by Richard Spiegalman.

The tower reaches just shy of 100 feet, though it seems even higher due to its elevated location. It's sturdier than you might imagine, having been rebuilt in the 1970s primarily for the purpose of a tourist attraction.

You could make the argument that the best time to hit the tower is when the leaves change in the fall, but given that it's free to climb the 130 steps to the top, I'd say it's worth paying a visit whenever you're in this portion of cottage country. 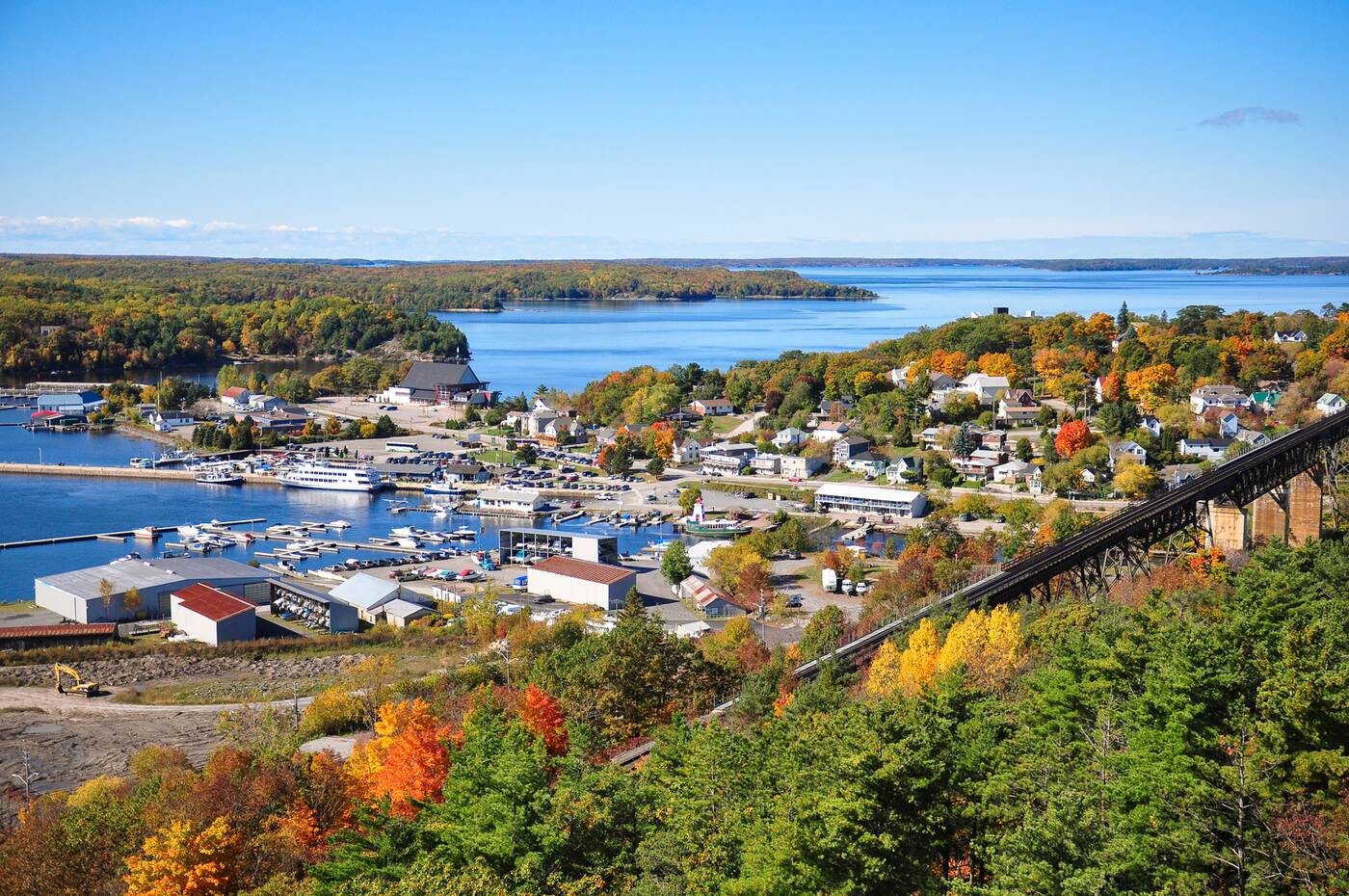 The stunning view in early fall. Photo by Divya Thakur.

There's often a beautiful breeze at the top of the tower, which provides relief during the height of summer. The tower rewards visits at both sunrise and sunset, though the best photos can generally be taken during the former period when Parry Sound is cast in soft light.

You can find the tower at 17 George St. There's parking at the Tower Hill Park, and the Museum on Tower Hill is a good place to learn a little about the area.