Here are the latest plans for the old Mr. Christie factory mega-development in Toronto

The massive redevelopment of the landmark Mr. Christie cookie factory has been in the works for years now, and some major changes have just been made to the blueprints for the site, with a new master plan document revealing it will be even bigger than previously designed. 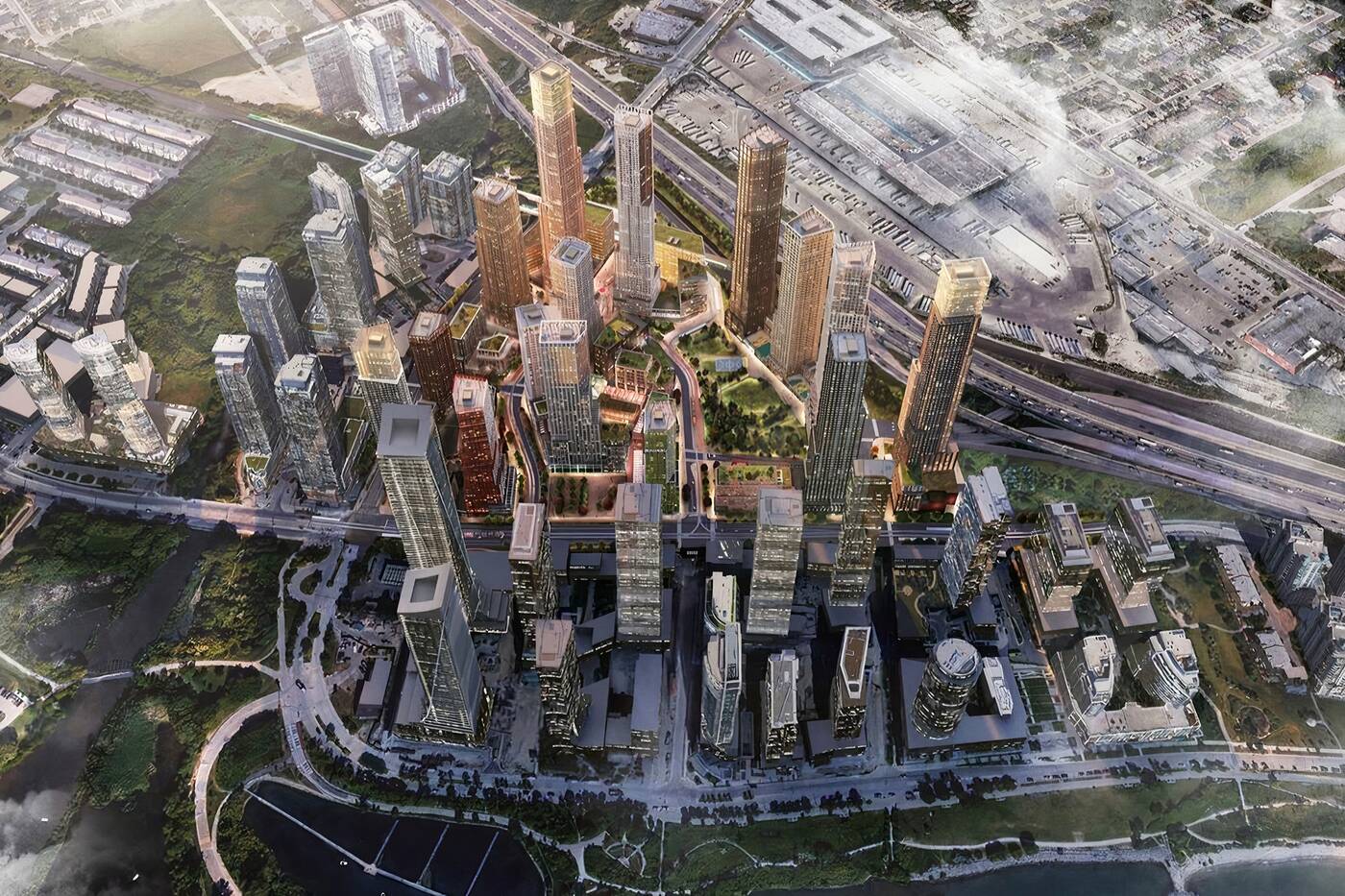 A bird's-eye view of the community. Renderings by Allies & Morrison and Adamson Associates Architects for First Capital.

The ambitious complex is slated to have 15 condo towers, a dedicated transit hub with its own GO station and TTC loop, a sprawling public park and two new elementary schools, among a ton of other elements that render it its own little community on the 11-hectare piece of land at Park Lawn and Lake Shore.

The updated plan comes with all new renderings and some tweaks that will add more density to the neighbourhood, as well as more public space. 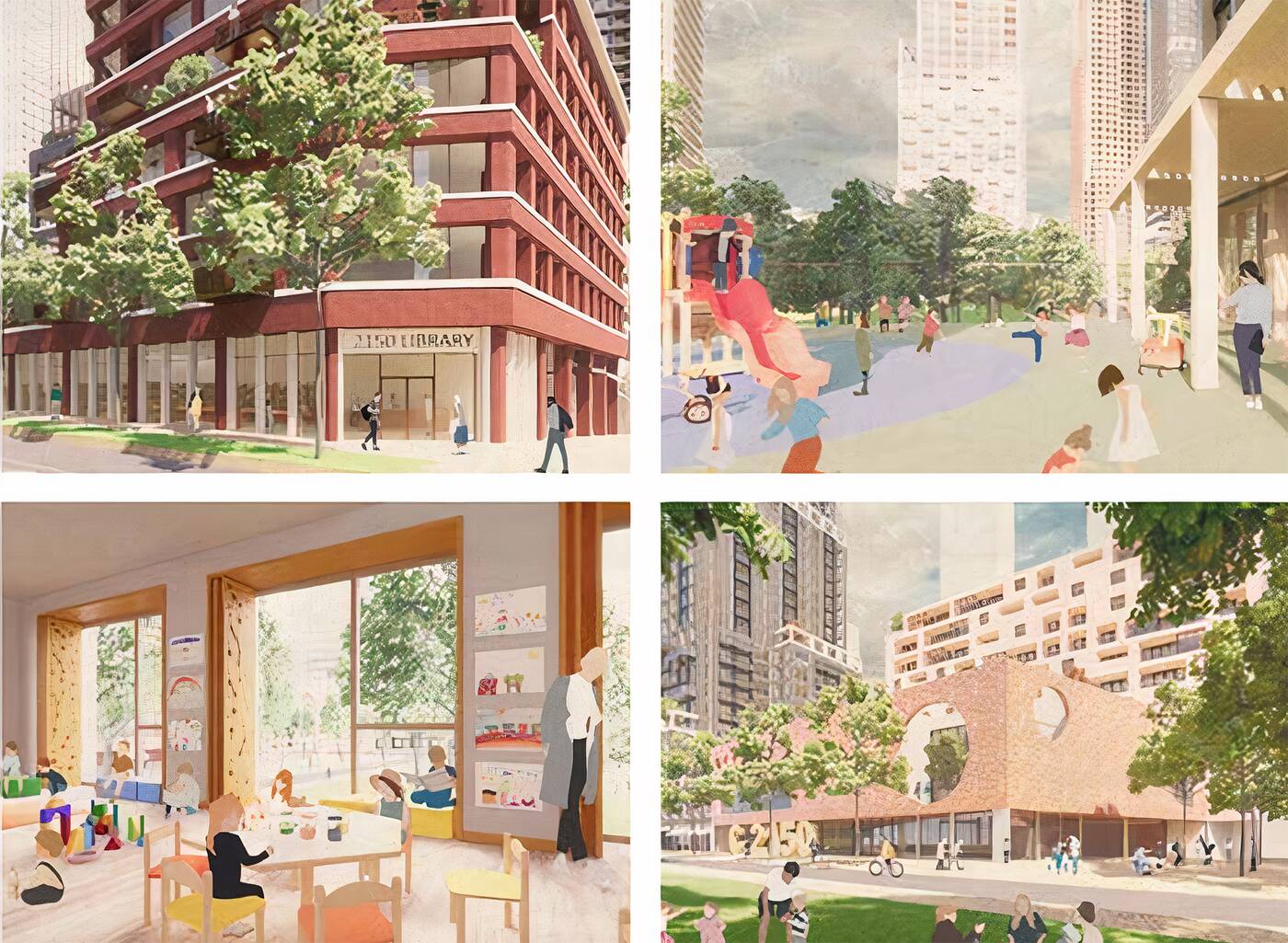 Some new community uses are being proposed for various spaces on the site. Renderings by Allies & Morrison and Adamson Associates Architects for First Capital.

Along with the two schools, there are now two daycares, a 14,000-square-foot public library, a community centre and a "not-for-profit human agency space" being proposed for the site.

Also, Boulevard Square will now serve as another public park, adding 2,500 square metres of public outdoor space to the existing 1-hectare park that was already part of the designs, and to the planned Station Square and Park Lawn Gardens. 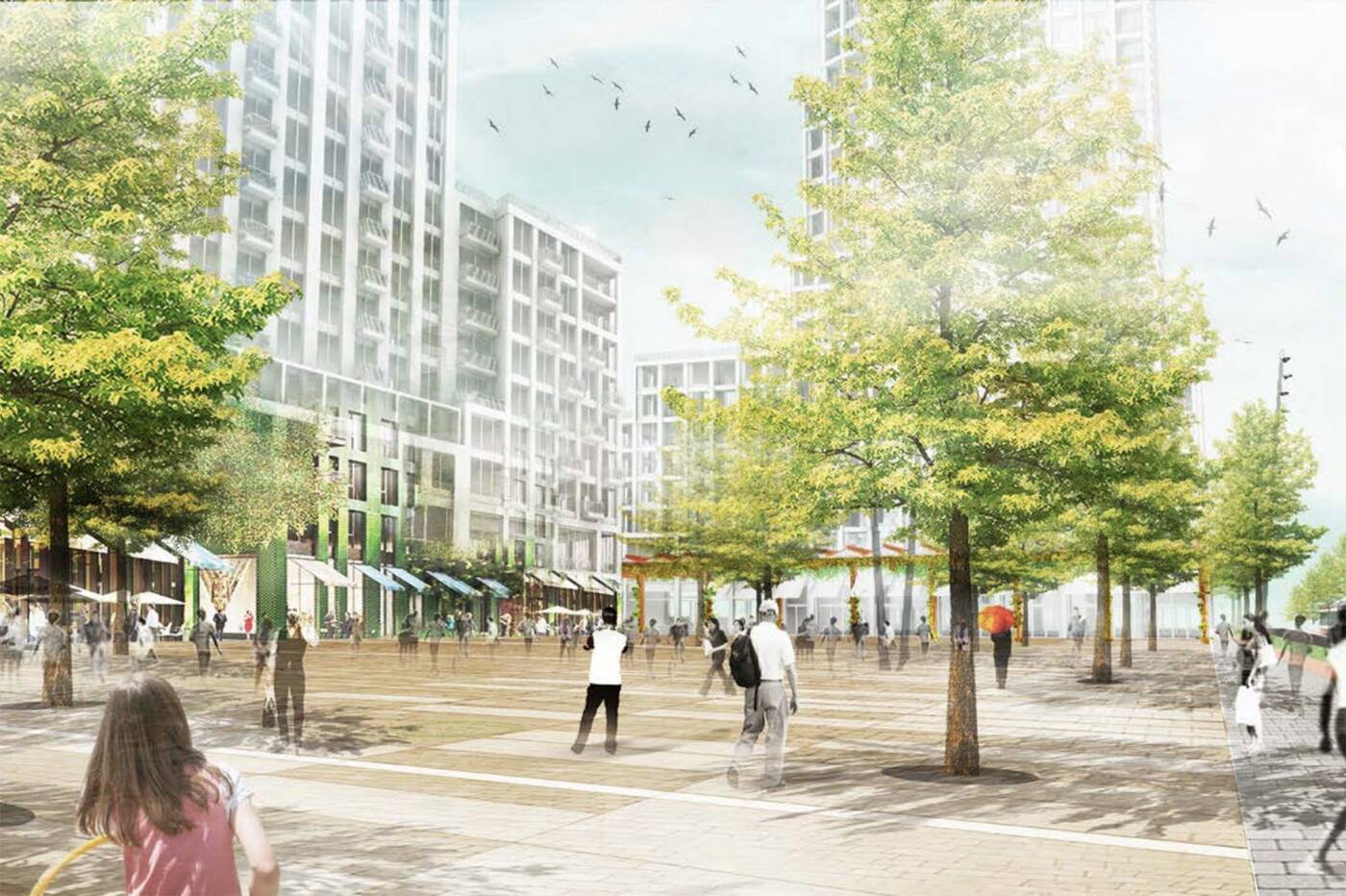 Boulevard Square will now be a public space, rather than a private one. Renderings by Allies & Morrison and Adamson Associates Architects for First Capital.

Some other tweaks include some amendments to the local streets that will be constructed as part of the community, as well as the fact that the heights of all 15 towers have been altered to maximize sunlight in the main park, as well as enlarge the community with more housing units.

And, the iconic Mr. Christie water tower — which developers are thankfully keeping — will be moved to a location where it can be better seen from major roadways. 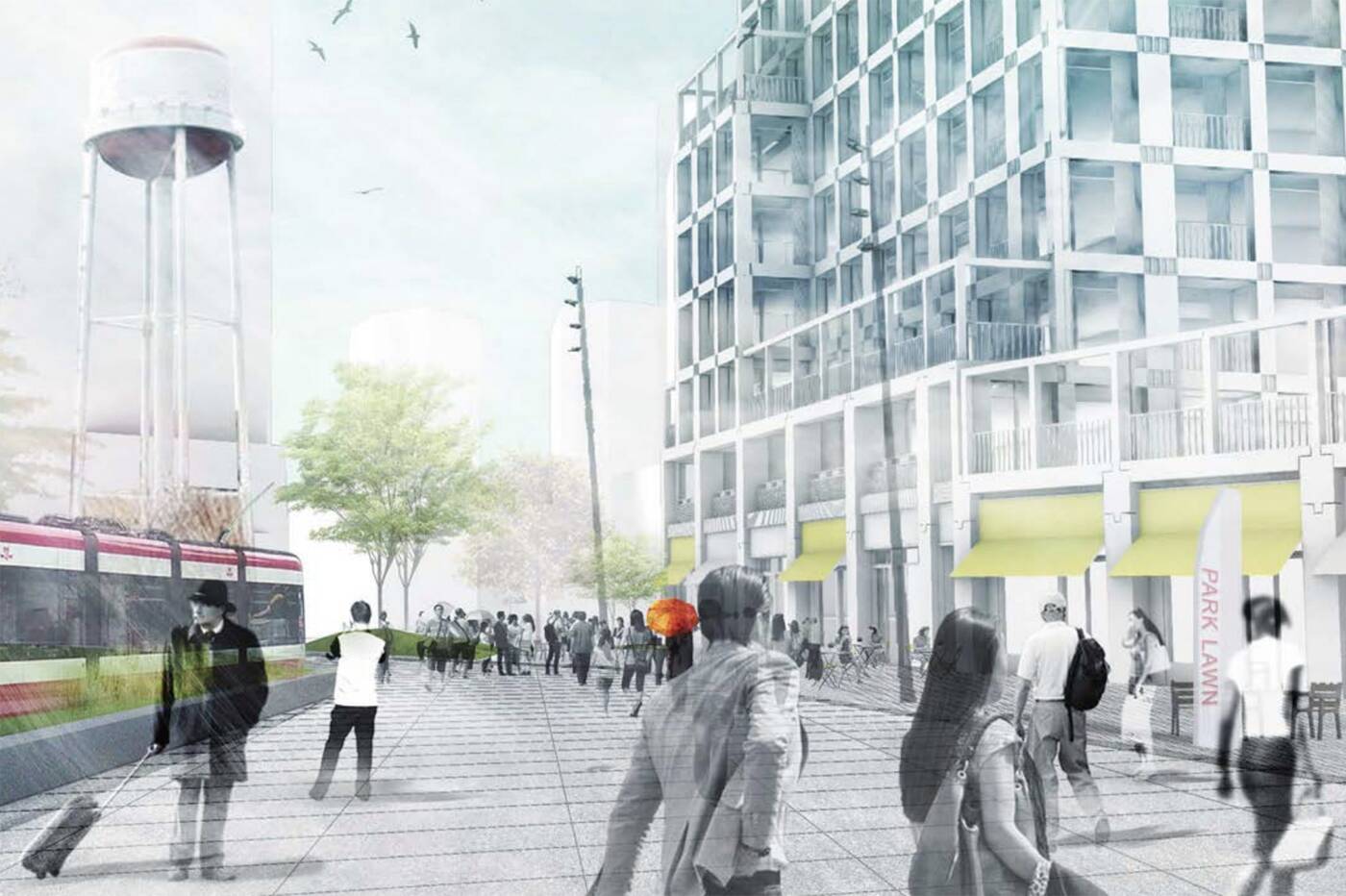 The old Mr. Christie water tower will be moved to Station Square, in view of the Gardiner, Lake Shore, Park Lawn and transit routes. Renderings by Allies & Morrison and Adamson Associates Architects for First Capital.

Though the land may not look like much right now, the end result will certainly be one that changes the face of the city, adding a whole new locale to work, play and live in Etobicoke with more than 7,100 housing units. 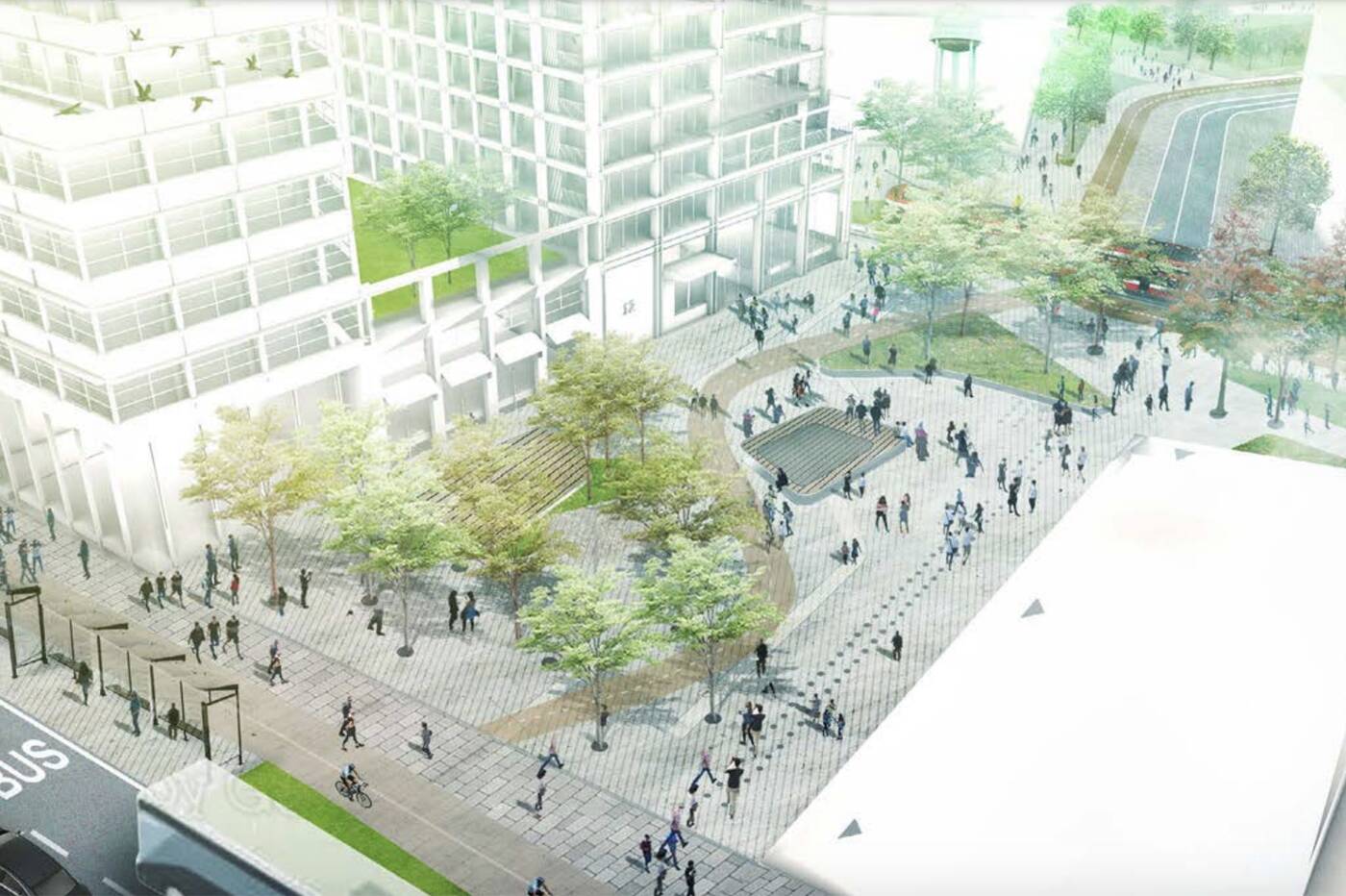 What the forthcoming Park Lawn Gardens will look like. Renderings by Allies & Morrison and Adamson Associates Architects for First Capital.